Brush up on flights to Basel

If you’re looking for your next multicultural fix, the sophisticated Swiss city of Basel should be top of your list. Flit between frontiers in this beautiful Gothic city on the Rhine, which borders both the French region of Alsace and Germany’s Black Forest. Once your flight touches down at EuroAirport Basel Mulhouse Freiburg, head straight for the Old Town, whose cobbled streets and medieval buildings are marked by the splendid Spalentor gate on one side and the Rhine on the other. On most mornings you’ll find a bustling flower and food market underway within the courtyard of the red-brick Rathaus (city hall) on the city’s Marktplatz.

Bag a bargain with cheap flights to Basel

Although you’ll fall for this place at any time of year, winter and spring are the best times to book cheap flights to Basel. Prices can spike in February to coincide with the city’s famous Fasnacht carnival, which takes place over three days during the week following Ash Wednesday – it’s a feast of over-the-top reverie and kooky costumes. If you can, catch the opening parade, Morgestraich, at 4 a.m. on Monday, lit purely by the light of the masked paraders’ lanterns. If you’re looking to land cheap tickets to Basel, make sure you book at least six weeks in advance.

How do I fly to Basel from the UK?

Zipping over to Basel is hassle-free, with direct flights available from all London airports – take your pick from carriers such as easyJet, Ryanair or British Airways. easyJet also operates services from Manchester, Edinburgh and Bristol. The flight time from London is approximately an hour and a half, while flights from Edinburgh take just over two hours. Don’t forget to move your watch an hour forward once you land.

Getting from Basel Airport to the city centre

As airports go, the EuroAirport is practically in Basel’s pocket at just over three miles northwest of the city centre. The Line 50 bus departs from outside the terminal and will take you to the main train station in around 20 minutes. The Line 2 tram also connects the airport with the train station. Buses leave about every 10 minutes, but if you simply can’t wait to kick off your Swiss trip, a taxi trip into the centre should cost you no more than 50 Swiss Francs.

As the cultural capital of Switzerland, Basel will dazzle you with its range of art museums, exhibitions and theatres – indeed, with almost 40 museums within the city limits, it may take several visits to unearth all its secrets. Art and culture buffs shouldn’t miss the Fondation Beyeler, which houses the staggering collection of art connoisseur Ernst Beyeler in a museum designed by architect Renzo Piano, the mastermind behind Paris’ Centre Georges Pompidou. Children will be entranced by the whirring and splashing of Jean Tinguely’s ever-moving Carnival Fountain, or Fasnachtsbrunnen, at Theaterplatz. And while you’re perfectly placed on the Swiss-French border, make sure to tuck into the cheesy goodness of a dual-national treasure – fondue!

❓ How much does it cost to fly to Basel?

✔️ The price of roundtrip flights to Basel ranges from to . Travellers looking to book a one-way ticket to Basel can find fantastic flights for as little as . Bargain-hunters take note: is the best month to nab a cheap flight to Basel.

❓ How do I find the cheapest flight to Basel?

✔️ The price of flights to Basel can vary greatly, depending on a number of factors. Bagging a cheap flight to Basel is easier if you have some flexibility with your departure and arrival dates, while your selection of airports and airlines can also impact ticket prices. To find the best deals, try changing your search criteria to accommodate alternate dates and terminals. ebookers offers big discounts, a huge selection of airlines, and an easy-to-use booking platform, making it easy to find the perfect flight to Basel, no matter whether you’re traveling for business, looking for a quick getaway or planning a family vacation. So, window or aisle?

❓ What are the top airlines that fly to Basel?

✔️ If you’re looking to book a flight to Basel, you’ll discover a number of great airlines to choose from, including . ebookers makes it easy to compare flights to see which airline best suits your needs, ensuring that you can stretch your dollar further and get the most out of your time in the sky.

❓ Can I cancel my flight to Basel with ebookers?

✔️ We get it: life happens, plans change, and you need to change with them. If you need to change or cancel your flight to Basel, you can reach out to ebookers through the customer service portal, where you’ll also find useful trip-related help covering everything from flights and rental cars to activities and hotels.

❓ How do I search for a flexible flight to Basel?

Which Airlines Fly To Basel? 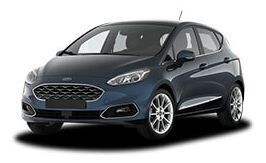 Hyundai I10 or similar

total
found 25 days ago
Lowest prices found within the past 25 days. Prices and availability subject to change. Additional terms may apply.

More to explore for Basel