Down-to-earth guide on flights to Frankfurt

Big is beautiful in Germany’s fifth-largest city. The world’s biggest book fair, Germany’s largest financial centre, the country’s busiest railway station, tallest building, highest cost of living… the statistics are staggering. Yet behind Frankfurt’s powerhouse image lies a hospitable community with a rich cultural heritage. Wander through the old town when the Christmas markets lend a special seasonal sparkle, or stroll in the summer sunshine along the leafy banks of the Main, and you’ll soon discover that flights to Frankfurt Airport aren’t just for high-flyers.

When can I find the best cheap flights to Frankfurt?

It won’t surprise you to learn that Frankfurt’s airport is one of the busiest in the world. This can only be good for consumers, since competition from the major global players keeps prices keen. If you’re looking for a bargain, try not to coincide with the Frankfurt Book Fair (October) or International Motor Show (September). Flights through December and into the New Year also fill up quickly with festive fun-seekers. Outside of the main pressure points, however, it’s fairly easy to shop around for cheap tickets to Frankfurt so you can spend big once you arrive!

Where can I catch a flight to Frankfurt?

Frankfurt Airport is the arrival point for British Airways flights from London Heathrow and London City Airport – the latter operated by BA CityFlyer and catering mainly for the business market. German national carrier Lufthansa, based in Frankfurt, also runs a scheduled service from Heathrow and Edinburgh, as well as from London City under its CityLine badge. For those who live in South West England, BMI Regional operates handy return flights to Frankfurt from Bristol. Budget supremo Ryanair flies into Frankfurt-Hahn, around 75 miles west of the city, from Edinburgh, London Stansted and Newquay.

What’s the best way to get from the airport to the city centre?

The strategic position of Frankfurt Airport within the city’s well-coordinated public transport network means that reaching your destination in the city centre couldn’t be easier. The S-Bahn metro lines S8 and S9 depart frequently, calling at all the main transport intersections and reaching Frankfurt Central Station in around 12 minutes. Regional-Express trains also provide services between the airport and the Central Station as well as further afield. Alternatively, hail a cab from the rank outside the terminal building and speed along the Autobahn like Kraftwerk. Hahn Airport lies at the end of a bus journey of around two hours from Central Station.

A taste of the high life

Start like you mean business – at the top! The Main Tower is one of the most recognisable outlines on Frankfurt’s iconic skyline, and in just 45 seconds you can be on its observation platform, a whopping 200 metres above street level. Get an alternative taste of the high life by climbing 324 steps to the top of the cathedral tower, reconstructed in its original Gothic splendour. Then head for picture-postcard Römerberg square to see another side of Frankfurt – the half-timbered heart of its medieval past.

❓ How much does it cost to fly to Frankfurt?

✔️ The price of roundtrip flights to Frankfurt ranges from to . Travelers looking to book a one-way ticket to Frankfurt can find fantastic flights for as little as . Bargain-hunters take note: is the best month to nab a cheap flight to Frankfurt.

❓ How do I find the cheapest flight to Frankfurt?

✔️ The price of flights to Frankfurt can vary greatly, depending on a number of factors. Bagging a cheap flight to Frankfurt is easier if you have some flexibility with your departure and arrival dates, while your selection of airports and airlines can also impact ticket prices. To find the best deals, try changing your search criteria to accommodate alternate dates and terminals. ebookers offers big discounts, a huge selection of airlines, and an easy-to-use booking platform, making it easy to find the perfect flight to Frankfurt, no matter whether you’re traveling for business, looking for a quick getaway or planning a family vacation. So, window or aisle?

❓ What are the top airlines that fly to Frankfurt?

✔️ If you’re looking to book a flight to Frankfurt, you’ll discover a number of great airlines to choose from, including . ebookers makes it easy to compare flights to see which airline best suits your needs, ensuring that you can stretch your dollar further and get the most out of your time in the sky.

❓ Can I cancel my flight to Frankfurt with ebookers?

✔️ We get it: life happens, plans change, and you need to change with them. If you need to change or cancel your flight to Frankfurt, you can reach out to ebookers through the customer service portal, where you’ll also find useful trip-related help covering everything from flights and rental cars to activities and hotels.

❓ How do i search for a flexible flight to Frankfurt?

Which Airlines Fly To Frankfurt?

per person
11 Aug - 16 Aug
Return flight included
London (LHR) to Frankfurt (FRA)
Don't see what you're looking for?
See all available trips from London to Frankfurt
View all trips 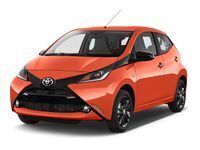 Compact or Larger or similar

More to explore for Frankfurt