The lowest prices found within the past 7 days to Kraków were for one-way flights and £80 for return flights, for the period specified. Prices and availability are subject to change. Additional terms apply.

Enjoy the history of Krakow

Once the royal capital of Poland, created upon the demise of a mighty dragon (or so the legend tells), Krakow lies at the heart of this ancient land’s history and culture. Mighty castles, gothic churches and a web of mediaeval streets and squares provide the backdrop to a fantastic nightlife, and thriving shops and markets. City breaks in Eastern Europe are now a staple of the traveller’s diet, and a flight to Krakow is an ideal way to start.

The choice of flights to Krakow Airport (KRK) has rocketed over the past few years, with Ryanair now flying to over twenty destinations all across Europe. It offers the lion’s share of cheap flights to Krakow, including 10 direct routes to the UK. You will have no problem finding cheap tickets to Krakow, even under £100, with similar bargain prices available from EasyJet. Most flagship airlines in Europe operate a route from their respective capital cities, and great deals can still be found with these. Your best chance of finding them is by booking 6 to 8 weeks in advance.

When to fly to Krakow

When it comes to comparing Krakow flights, ticket prices are fairly stable across the year but can vary more across the week. You’ll often save a mighty 50% by flying mid-week rather than on a Friday. Also, many routes don’t operate daily, so plan for this when looking for return flights to Krakow. The best time to visit Krakow is between June and August, when the mild weather will help you explore the city. The winters are fairly harsh, but if you’re hardy enough, the ice and snow add to the city’s charm over the Christmas season.

Krakow Airport is just 8 miles from the city, connected by a rail service into the main station, Dworec Glowny. It takes just over 10 minutes with tickets costing around PLN 10. The MKS bus service awaits you right outside the terminal building, also taking you to Dworec Glowny Station, in around half an hour. Tickets are around PLN 3, but do note that you may need to buy an extra ticket for big baggage. Taxis cost no more than PLN 70, taking you direct to city centre destinations in around 20 minutes.

Experiencing Krakow, a city of legend

A foundation of Polish mythology, this ancient city emerged from the downfall of the mighty Wawel Dragon beside the Vistula River. So, what better way to start your Krakow experience than at the spectacular fire breathing bronze sculpture of the dragon; stunning in itself and a favourite with children. The sculpture is dwarfed, however, by the Wawel Royal Castle which looms over it: a colossal mediaeval structure serving as a national icon of Poland to this day. Polish heritage pervades every corner of Krakow city centre, with the bustling medieval square at its heart and historic churches at every turn. But Krakow has much more than just history; it is famed for its nightlife, with a wealth of bars, clubs and restaurants, particularly in the Kazimierz district.

❓ How much does it cost to fly to Kraków?

✔️ The price of roundtrip flights to Kraków ranges from £80 to £276. Travelers looking to book a one-way ticket to Kraków can find fantastic flights for as little as . Bargain-hunters take note: November is the best month to nab a cheap flight to Kraków.

❓ How do I find the cheapest flight to Kraków?

✔️ The price of flights to Kraków can vary greatly, depending on a number of factors. Bagging a cheap flight to Kraków is easier if you have some flexibility with your departure and arrival dates, while your selection of airports and airlines can also impact ticket prices. To find the best deals, try changing your search criteria to accommodate alternate dates and terminals. ebookers offers big discounts, a huge selection of airlines, and an easy-to-use booking platform, making it easy to find the perfect flight to Kraków, no matter whether you’re traveling for business, looking for a quick getaway or planning a family vacation. So, window or aisle?

❓ What are the top airlines that fly to Kraków?

✔️ If you’re looking to book a flight to Kraków, you’ll discover a number of great airlines to choose from, including British Airways, Norwegian Air International Ltd, LOT-Polish Airlines, KLM, Norwegian Air Shuttle, Lufthansa, Brussels Airlines, Air France, Austrian Airlines, Jet2. ebookers makes it easy to compare flights to see which airline best suits your needs, ensuring that you can stretch your dollar further and get the most out of your time in the sky.

❓ Can I cancel my flight to Kraków with ebookers?

✔️ We get it: life happens, plans change, and you need to change with them. If you need to change or cancel your flight to Kraków, you can reach out to ebookers through the customer service portal, where you’ll also find useful trip-related help covering everything from flights and rental cars to activities and hotels.

❓ How do i search for a flexible flight to Kraków?

Which Airlines Fly To Kraków?

per person
4 Nov - 6 Nov
Return flight included
London (LON) to Kraków (KRK)
Don't see what you're looking for?
See all available trips from Birmingham to Kraków
View all trips 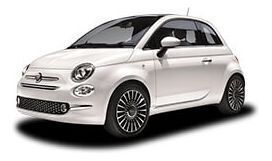 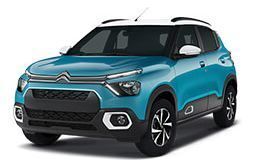 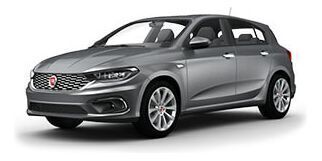 More to explore for Kraków