The lowest prices found within the past 7 days to London were £30 for one-way flights and £60 for return flights, for the period specified. Prices and availability are subject to change. Additional terms apply.

The low-down on flights to London

They say when you’re tired of London you’re tired of life. Though Samuel Johnson would barely recognise the skyline of his beloved city, its historic streets and world-famous attractions continue to thrill each new generation. The shopping’s second to none, the museums are stacked with treasures, and the nightlife’s to die for. Hit the West End for that wish-list show, blag a table in a top-class restaurant, or support your dream team at the big match. With handy flights to London airports from all points of the UK, it’s never been easier to snatch a sneaky break in the capital.

When’s a good time to book cheap flights to London?

London’s pulse never stops beating, so any time’s a good time for a visit. Browse for Christmas goodies in the glow of Regent Street’s glittering illuminations; wander through storied Hyde Park and watch the spring flowers burst into life; settle back with a beer on the sun-filled deck of a Thames clipper as the city slips past at water level; or head to Shaftesbury Avenue to catch the opening night of the latest must-see musical and grab a bite in atmospheric Soho. Stretch your budget by travelling off peak, or book ahead for the best deals if your dates are fixed.

Where can I catch cheap flights to London?

With quick and easy return flights to London available from many UK airports, you’ll be in swinging London before you can say ‘groovy, baby!’ Fly with Ryanair and bag cheap tickets to London Stansted from Edinburgh and Glasgow, while EasyJet links Aberdeen with London Luton and Inverness with London Gatwick. London Heathrow is just 1 hour and 15 minutes from Newcastle-up-on-Tyne with British Airways.

Getting from the airport to central London

You’ll be spoilt for choice for onward travel at the end of your flight to London. If you’ve arrived into Stansted Airport, the Stansted Express departs every 15 minutes from right below the terminal building, whisking you to Liverpool Street mainline station in under 50 minutes. Tickets start at £8 for a single journey booked in advance. From Luton, catch a shuttle bus to Luton Parkway and arrive beneath the soaring arches of St Pancras International, home of Eurostar, around 25 minutes later. Both Gatwick and Heathrow boast express train services into central London, so you’ll be sipping cocktails on the South Bank less than an hour after you land.

London conjures up so many iconic images that it’s hard to know where to start. The Changing of the Guard – black cabs – red double-deckers … if it’s your first time you’ll be stopping for selfies at every step! But to really get under its skin, take advantage of the user-friendly public transport network to stray beyond the tried-and-tested tourist trail. Ride the Docklands Light Railway to the Royal Borough of Greenwich and visit the Cutty Sark; wander down the King’s Road to Chelsea’s World’s End and see the birthplace of punk; check out the boho chic of Petticoat Lane market followed by a spicy Brick Lane curry, or party with the hipsters of Hoxton. Sweet dreams are made of this.

❓ How much does it cost to fly to London?

✔️ The price of roundtrip flights to London ranges from £60 to £87. Travellers looking to book a one-way ticket to London can find fantastic flights for as little as £30. Bargain-hunters take note: October is the best month to nab a cheap flight to London.

❓ How do I find the cheapest flight to London?

✔️ The price of flights to London can vary greatly, depending on a number of factors. Bagging a cheap flight to London is easier if you have some flexibility with your departure and arrival dates, while your selection of airports and airlines can also impact ticket prices. To find the best deals, try changing your search criteria to accommodate alternate dates and terminals. ebookers offers big discounts, a huge selection of airlines, and an easy-to-use booking platform, making it easy to find the perfect flight to London, no matter whether you’re traveling for business, looking for a quick getaway or planning a family vacation. So, window or aisle?

❓ What are the top airlines that fly to London?

✔️ If you’re looking to book a flight to London, you’ll discover a number of great airlines to choose from, including easyJet, Aer Lingus. ebookers makes it easy to compare flights to see which airline best suits your needs, ensuring that you can stretch your dollar further and get the most out of your time in the sky.

❓ Can I cancel my flight to London with ebookers?

✔️ We get it: life happens, plans change, and you need to change with them. If you need to change or cancel your flight to London, you can reach out to ebookers through the customer service portal, where you’ll also find useful trip-related help covering everything from flights and rental cars to activities and hotels.

❓ How do I search for a flexible flight to London?

✔️ If you're planning a holiday to London (LON), our Covid-19 Travel Advisor has the latest info to help you plan your trip.

Which Airlines Fly To London?

London When to Go

London has a reputation for being wet and dark, and while the reputation holds up in the fall and winter months, when a spot of sun is something to celebrate, visitors to London get good weather if they know when to go.

The best time to visit London is summer, when temperatures average in the low to mid 70s and precipitation is minimal. This, of course, is when airfare and hotels are at their peak prices. But good weather in London can be worth the extra cash.

Most travelers avoid London from October through January, when temperatures are coldest. That said, you’ll find great winter deals on airfare and hotels. If museums and other indoor spaces are on your to–do list, this season may be a great budget option for you. Hearty raincoat required.

Transport options from London to Heathrow

If you need to transfer from Heathrow to Gatwick airport and need to make it to your connecting flight in plenty of time and within budget, we’ve got you covered. There are two main options when getting to Gatwick from Heathrow Airport and both serve both the north and south terminals.

per person
25 Oct - 28 Oct
Return flight included
Glasgow (GLA) to London (LHR)
Don't see what you're looking for?
See all available trips from Glasgow to London
View all trips 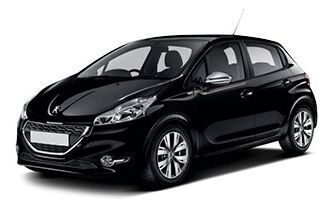 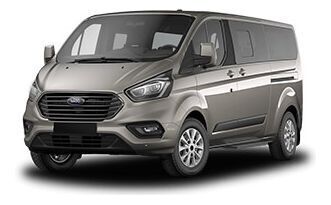 More to explore for London