Classical remains, medieval architecture and contemporary culture all await those who book flights to Turin with ebookers. From the Palatine Towers-erected by the Romans soon after Turin's settlement in the first century-to the many art galleries and museums, visitors will marvel at the history of Italy's fourth-largest city.

Turin's Caselle International Airport is located at Strata San Maurizio 12, approximately 10 miles north of the downtown area. It is served directly by 18 different airlines from Europe and Asia, including AirFrance, British Airways and Turkish Airlines. Offering wireless network access, vaccinations for international travellers and specialized accommodation for the disabled, this airport has had a state-of-the-art infrastructure since its renovation for the 2006 Winter Olympics. Turin is also served by Malpensa Airport in Milan.

Transportation from the Airport

Several cheap options for getting downtown are available. An express railway station sits adjacent to the air terminal, with trains departing every thirty minutes for a â‚¬3.7. Bus service is also accessible from the airport and can reach the city centre-with stops-in about 45 minutes. Tickets are purchased from machines inside the terminal, costing â‚¬6.5 for conveyance to central Turin. Travellers can catch a taxi at the arrivals level of the air terminal, and pay about â‚¬50 for a trip downtown. For those wishing to drive themselves around Turin, the airport has many car rental vendors on site, including Europcar, Avis and Thrifty. Bear in mind, however, that parking spaces are few and far between in downtown Turin.

Turin is situated in the north-western part of Italy, so ebookers travellers should not expect a Mediterranean climate. While experiencing each of the seasons of the year, the people of Turin are rarely afflicted by extreme temperatures. Summer highs range from 23Ëš to 27ËšC, while the chill of winter does not usually descend below 3ËšC. The Alps are credited with shielding Turin from the harshest of continental weather. Although most tourists favor the summer warmth, the darkest days of the year are popular with skiers and other winter sport enthusiasts, all flocking to nearby mountains.

Turin has a long and storied history, from its Roman founding to successive battles and occupations. One historical benchmark is the city's survival of a long siege by France in the early 18th century. In celebration of that victory, the Basilica di Superga was erected as an offering of thanksgiving to the Virgin Mary. This beautiful church edifice looks down on the city from a lofty hilltop, and it houses the burial places for Italian royalty beneath its sanctuary. Other royal stops include the Palazzo Reale and the Palazzo Carignano, both important sites in Italian political history. Yet Turin is also a contemporary city with an international outlook. Multiple galleries and museums house modern art from all over the world. In addition, the Egyptian Museum of Turin has old and new artefacts as distinctly Middle Eastern as those found in Cairo or Alexandria.

Hungry ebookers tourists can find authentic cuisine of the Piedmont region at establishments like Al Gufo Bianco. Turin is also filled with eateries representing other Italian cusines, as well as those from Argentina, China, Brazil, Lebanon and India. Night owls can eat, drink and dance at clubs like Docks Dora and the Beach, known for avant-garde entertainment and patronage. Turin's attractions are open year round, and visitors are plentiful independent of the season. Balmy summer breezes attract many. Still, others seek out Turin for autumn and winter events, like the annual Torino Film Festival.

Enjoy Turin and Save

Turin represents Europe of old, as well as present and future trends. Ebookers customers can obtain travel packages that discount many of the exorbitant fares and rates common to European destinations. Booking cheap flights to Turin and finding reasonable hotel rates will help you save money for making memories while on holiday.

❓ How much does it cost to fly to Turin?

✔️ The price of roundtrip flights to Turin ranges from to . Travelers looking to book a one-way ticket to Turin can find fantastic flights for as little as . Bargain-hunters take note: is the best month to nab a cheap flight to Turin.

❓ How do I find the cheapest flight to Turin?

✔️ The price of flights to Turin can vary greatly, depending on a number of factors. Bagging a cheap flight to Turin is easier if you have some flexibility with your departure and arrival dates, while your selection of airports and airlines can also impact ticket prices. To find the best deals, try changing your search criteria to accommodate alternate dates and terminals. ebookers offers big discounts, a huge selection of airlines, and an easy-to-use booking platform, making it easy to find the perfect flight to Turin, no matter whether you’re traveling for business, looking for a quick getaway or planning a family vacation. So, window or aisle?

❓ What are the top airlines that fly to Turin?

✔️ If you’re looking to book a flight to Turin, you’ll discover a number of great airlines to choose from, including . ebookers makes it easy to compare flights to see which airline best suits your needs, ensuring that you can stretch your dollar further and get the most out of your time in the sky.

❓ Can I cancel my flight to Turin with ebookers?

✔️ We get it: life happens, plans change, and you need to change with them. If you need to change or cancel your flight to Turin, you can reach out to ebookers through the customer service portal, where you’ll also find useful trip-related help covering everything from flights and rental cars to activities and hotels.

❓ How do i search for a flexible flight to Turin?

Which Airlines Fly To Turin?

per person
9 Aug - 14 Aug
Return flight included
London (LGW) to Turin (TRN)
Don't see what you're looking for?
See all available trips from London to Turin
View all trips 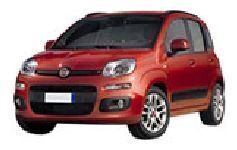 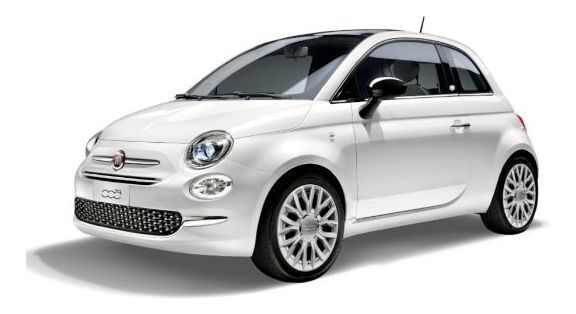 More to explore for Turin