Authentic experiences are the new travel treasure, and 2019 could be when you discover just how precious they can be. From (shock! horror!) not worrying about hotel Wifi to finally setting off on that road trip of a lifetime, here are 10 resolutions to prepare you for a fresh way to see the world in 2019. 1. I will brush...

Authentic experiences are the new travel treasure, and 2019 could be when you discover just how precious they can be. From (shock! horror!) not worrying about hotel Wifi to finally setting off on that road trip of a lifetime, here are 10 resolutions to prepare you for a fresh way to see the world in 2019.

1. I will brush up on my language skills before visiting a destination

Here’s the thing about committing at least a few phrases from the local language to memory before you jet off on holiday: the payoff can far outweigh the relatively minor effort.
Show that you’re a little different from the average Thomasina, Dick or Harriette foreign tourist – a little more inquisitive, a little more considerate, just a little more savvy – and already you’re more likely to raise a mental eyebrow of curiosity among the indigenous folk when you engage with them.

And that’s your entrée (see what I did there) to that thing we, as travellers, increasingly crave: authentic local experiences, not manufactured sights and ceremonies stuffed with the tourism equivalent of e-numbers.

2. The first question I ask when I walk into a hotel lobby will NOT be: What’s the Wifi password?

Because what many of us imagine to be, these days, a bare necessity of civilised existence might actually, when travelling, impoverish you.
Impoverish you in the sensory sense (which is arguably worse than being broke). Look, the internet is a medium; it’s a layer, it can get in the way, and what we remember from our travels tend to be the immediate, unfiltered things: a giddy-making new flavour, the soul-lifting quality of the light, some hypnotic spiritual incantation heard from afar.

Want to be closer to these things with which travel blesses life? Forget the Wifi password, switch your devices to aeroplane mode and get out there and smell the cafe cortado.

3. I will go somewhere I have never been before

The Earth [subs: retain cap], you may have noticed, is quite unlike, say, Jupiter. Whereas Jupiter is a roiling, boiling mass of hydrogen and helium, forever enshrouded in clouds of poisonous ammonia – in other words, a difficult tourism sell – our planet happens to be astoundingly nice.

For the traveller, Earth offers an, in effect, bottomless goody bag of transportingly beautiful landscapes (consider the wild, mountainous nirvana of Patagonia, in South America, for your next adventure), thrilling animal encounters (gorilla encounters in Rwanda, say) and mind-bendingly different cultural encounters (ever considered bunking with monks on spartan Mt Athos, in Greece?).

There are, in short, way, way too many enriching travel experiences on this third, rather magnificent celestial body from the sun to fit in one human lifetime, but isn’t it worth tasting as many of them as you can?

4.I will focus on experiences

And that’s the key: experiences. Travel has felt the effects of a wider cultural movement in the West. We have, many of us, too much stuff. We don’t need any more widescreen tellies, family sedans, even holiday homes taking up space and shrinking our bank balance.
Increasingly we’re happy hiring things when we need them, spending our cash on doing rather than having.

In fact, this alternative outlay is a great travel investment, for it’s experiences that make the greatest memories. Consider what’s more likely to endure in the mind: a two-week stay at another cookie-cutter luxe resort or scuba-diving over the meeting point of tectonic plates in Iceland (actually quite accessible).

Search things to do in-trip with ebookers.

5. I will try slow travel on for size

But, tempting as it may be, cramming in as many experiences as possible on a break may not be what the travel doctor ordered. Instead, increasingly people are appreciating the virtues of taking it slow. That may mean choosing just one concentrated experience – a cobbling course in Florence, an ashram stay in India, volunteering throughout the world – and doing almost nothing else on holiday.

Or you could immerse yourself in just one country (maybe even only one neighbourhood) in the time you have off, rather than trying to flick through the Atlas. You may find that resisting pile-it-high thinking, in travel as much as anywhere, is itself an incredibly refreshing experience.

6. I will stay somewhere totally unique and incredible

If you really want to avoid the stress of too much travelling, don’t. Make where you stay your incredible experience and soak up the atmosphere on location.

Treehouses fit with the eco-mood of our environmentally imperilled times. They’ve sprouted up all over France, for example, with plenty of creature comforts – no bum-prodding twigs in sight – and the potential for vertiginous shots so gasp-inducing they’ll virtually post themselves on social media.

7. I will go on an unforgettable journey

Sometimes, though, it is the journey that counts. We are talking about travelling, after all, and there are few travel experiences that give you a better freedom buzz than a road trip.

There are the US classics, of course: the Pacific Coast Highway or – the king – Route 66, ridden in a glam mid-century vehicle (most of the hymned original route is still there)

But you might get a more intrepid kick from roads less travelled. Quirkier journeys include driving a captured US army jeep down the Ho Chi Minh Trail, in Vietnam. Or there’s the 100 or so kilometre route through the jagged, wildly beautiful landscape of Corsica, along the island’s D81.

To really cleanse the mind, drive on some of the world’s longest continuously straight stretches of road, between Sydney and Perth. You’ll traverse the Nullarbor Plain, meaning ‘no trees’ in Latin. There really is very little here to shatter your spell.

8. I will take more time to appreciate nature

It’s curious that, more than 4,000 years on, the pyramids of Giza remain some of the most awe-inducing man-made structures on the planet. Not that the building trade has been entirely idle in the intervening period: the Roman Pantheon, Westminster Abbey and the Empire State building are all seriously worth travelling for.
But do they really beat that giddy-making view when you crest a slope and first take in the vast expanse of the Grand Canyon? And which human monument can make you feel (somehow pleasurably) smaller than the sight of Brazil’s river-chewing Iguazu Falls? It’s hard to think of an artwork that beats the vision of a mist-shrouded Lake District morning.

2019 could be the year you take a break from city breaks and reconnect with the natural world on holiday, of which, after all, you happen to be a part.

9. I will improve my photography skills

Of course, all that natural beauty can make your index finger twitchy – it won’t be happy until it’s snapping away with a camera. But the world probably has enough lopsided, underexposed shots of tourists in front of monuments that 1,000 pro photographers have already shot much better than you.

The secret is that you’ll get much better images – and almost certainly more Instagram likes – by following a few simple principles for better photography. Structure your shots with the rule of thirds; get exposure right with shutter speed and aperture; and, above all, resist clichéd locations. In fact, take this last point as a guide for your holiday planning in 2019 and you’re surely set for an exciting travel year.

10. I will spend smarter

Join a loyalty programme, it’s a great way to reap the rewards on your travel spends. With ebookers BONUS+ you can earn up to 5% rewards instantly on travel bookings. This means every time you book a flight, hotel package or car you are earning BONUS+ that can be redeemed against your next hotel booking.   Join BONUS + for free here. 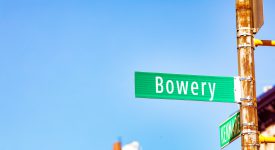 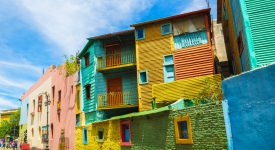 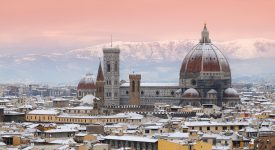