It might not be the tropical palm-fringed beach that some may be dreaming of, but the UK's coast is just as spectacular to explore in summer. Quiet seaside towns unlock millennia-old histories made rich by mining and the maritime industry. They are also speckled by unusual topography from chalk columns to fields engulfed in purple wildflowers and home to ponies, seals and seabirds. There's no need to leave home this year – some of the most beautiful and scenic routes are right here. 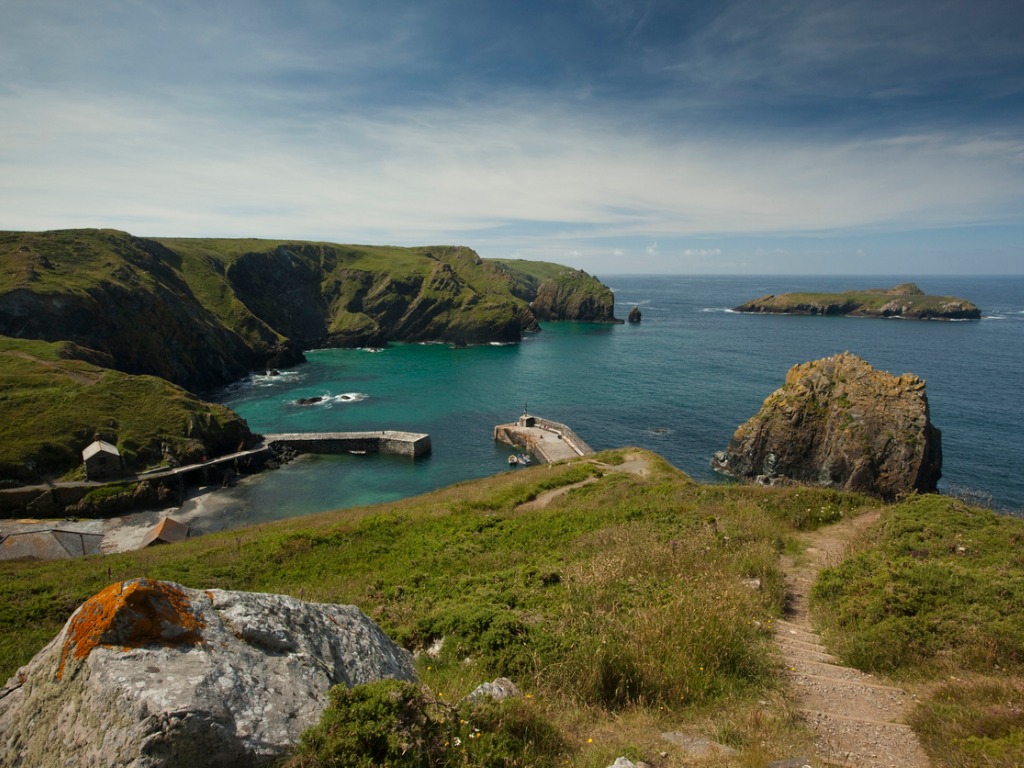 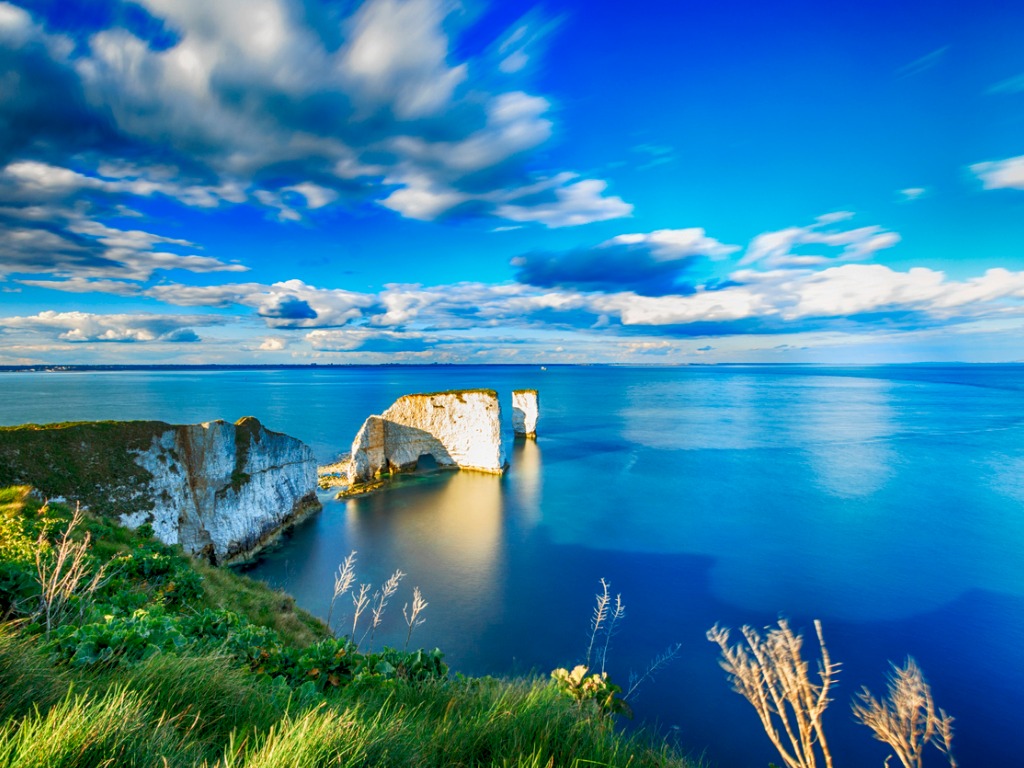 The story behind these otherworldly white chalk columns on the Jurassic Coast of Dorset begins 65 million years ago when majestic stacks emerged from the sea as the result of a build-up in plankton and other microorganisms. They weren't named until the 18th century and the origin is contested. In one version, the stack was named after the devil, “Old Harry," who used to nap on the rocks and in another, a pirate named Harry stashed his bounty near the rocks. Harry also had a wife, another stack of columns, that eroded in 1896. The coast is a lovely place for a walk and picnic or if you're up for it, a kayak session – keep an eye out for the treasure. 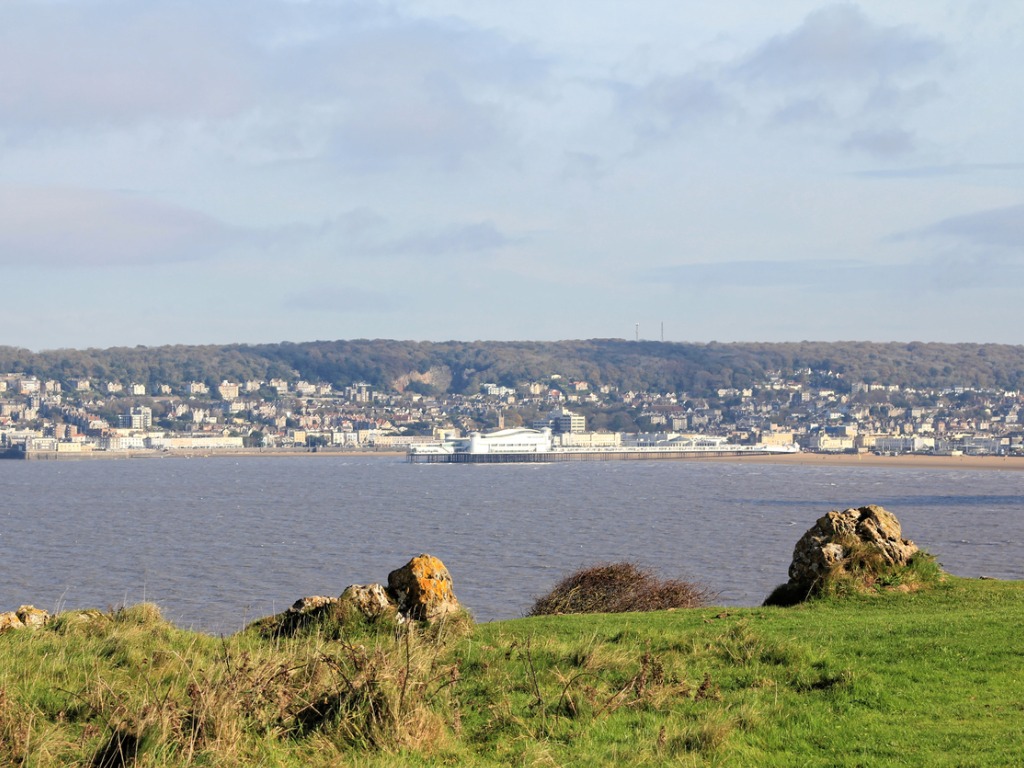 An endless green expense, Brean Down is a 100-metre high peninsula on the Bristol Channel. The fossils of arctic foxes, reindeers and horses have been found in its sedimentary layers and while you won't run into a reindeer along the walk today, there might be wild goats in the path and falcons swooping overhead. At the end of the Down is a Victorian fort that dips into a roaring sea but forget swimming here – it's full of riptides. 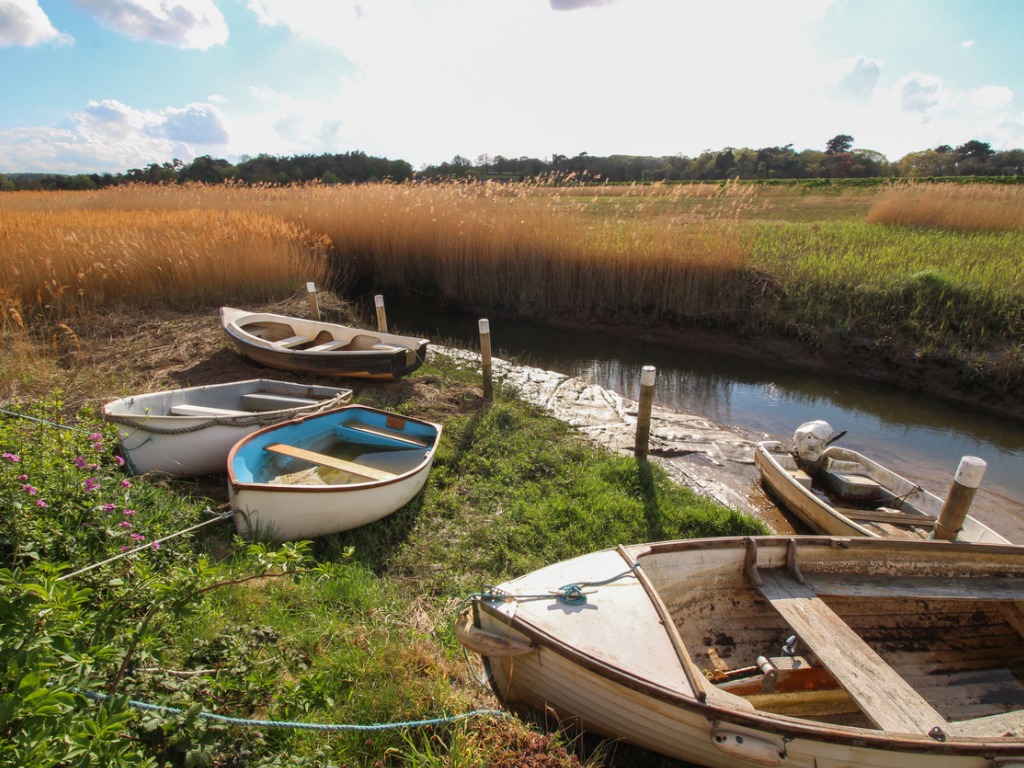 Once a trading port in the 15th century, this coastal village in Norfolk is a lot quieter these days. From its remote beaches inhabited by seals and the lavender-covered salt marshes that are home to terns, wildfowls and other seabirds, Blakeney is perfect for quiet nature walks. In fact, it is home to England's largest grey seal colony so chances of seeing a seal are high. And should you get hungry along the walk, stop for a crab sandwich, a real Norfolk delicacy.

The cheerful-named Saltburn-by-the-Sea blossoms with wildflowers in the summer and it's fitting that this seaside town is also the start of the trail to Warsett Hill. The trail begins at the Old Saltburn, an ancient hamlet where there have been discoveries of Bronze Age tools. Fast forward to the 19th century and the area was mined for ironstone. Much of the route is vast grassland and meadows with the roaring sea ever in sight. Part of the fun is crossing the railway line to the top of the hill before looping back. 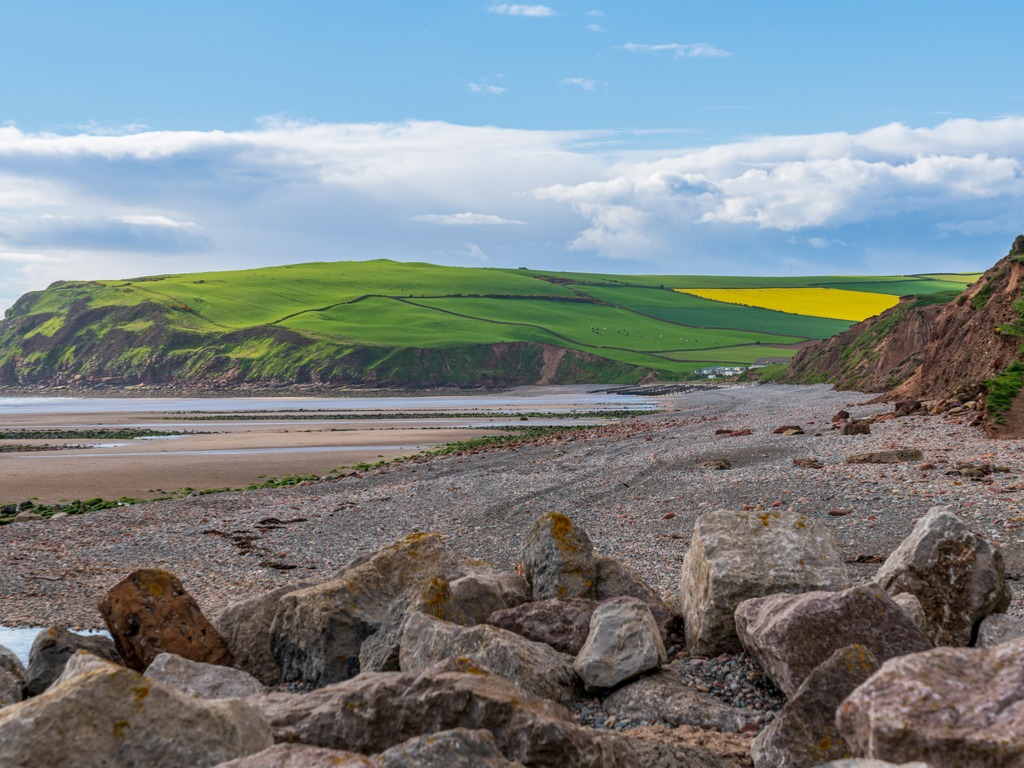 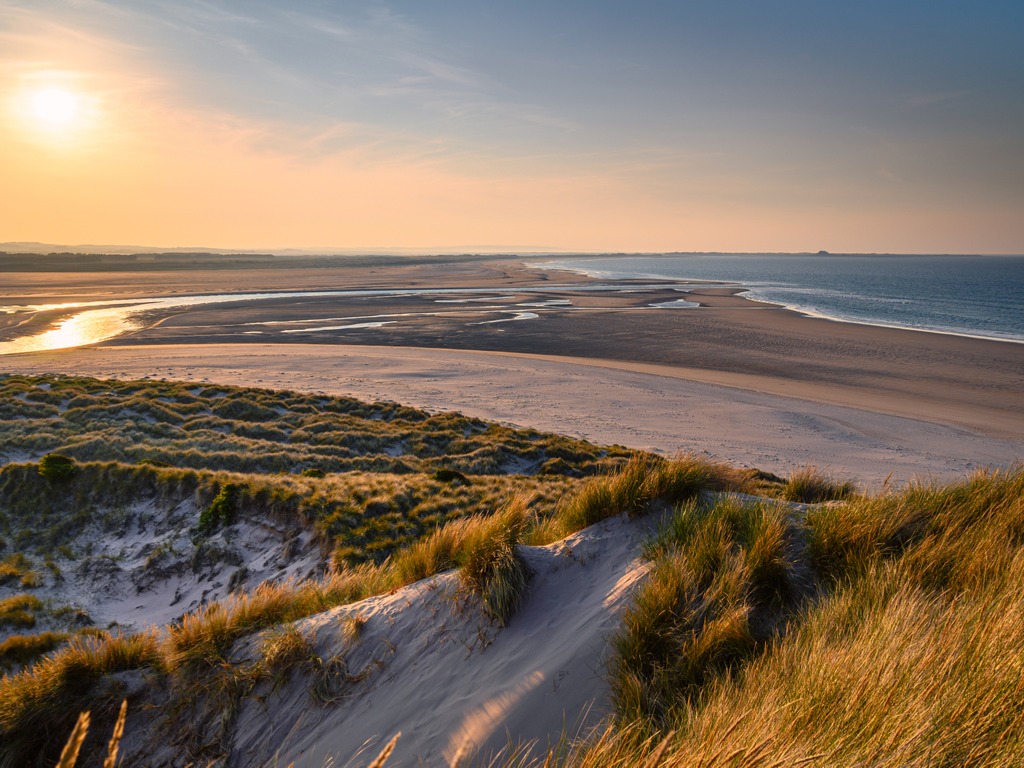 Just a few miles south of the Scottish border, this tidal island is cut off from the world twice a day when the tide covers the causeway that links it to the mainland. Though it has two names, Lindisfarne and Holy Island, the latter is more commonly used and for good reason, too. Irish monks settled here in the 7th century and set up a monastery. However, Viking raiders used it as a stopover, something the monks were not happy about. It takes about two hours to circle the grassy, craggy island by foot so be sure to look at the monastery's ruins as well as Lindisfarne Castle, which was built in the mid-16th century to defend against attacks by the Scots. 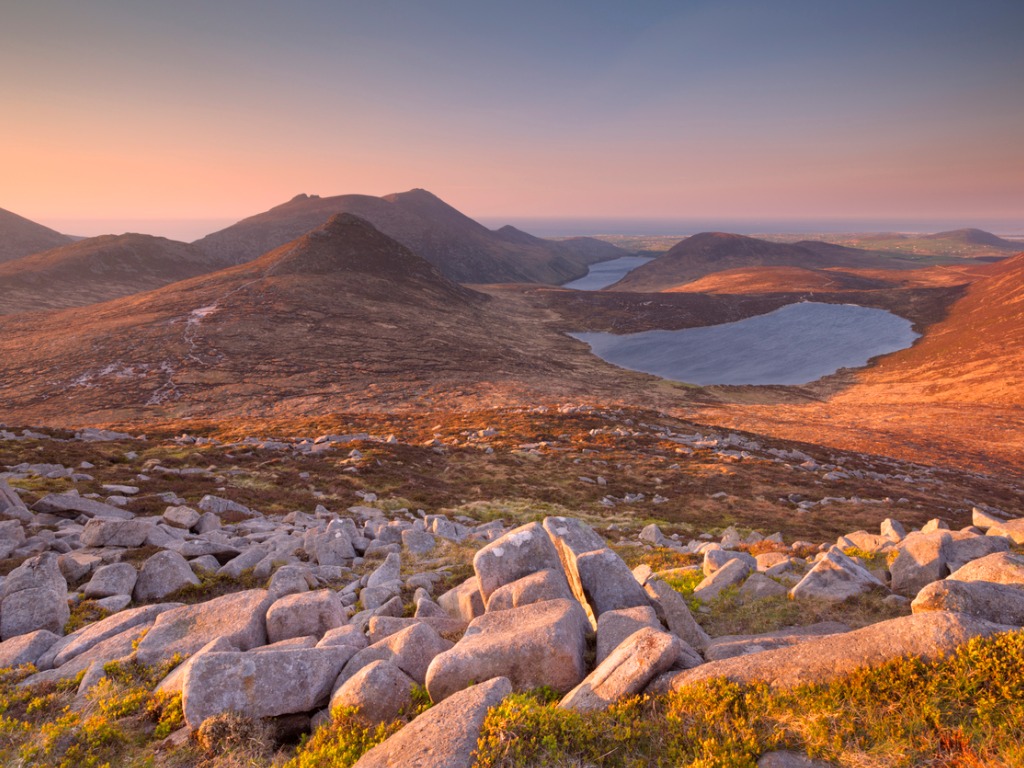 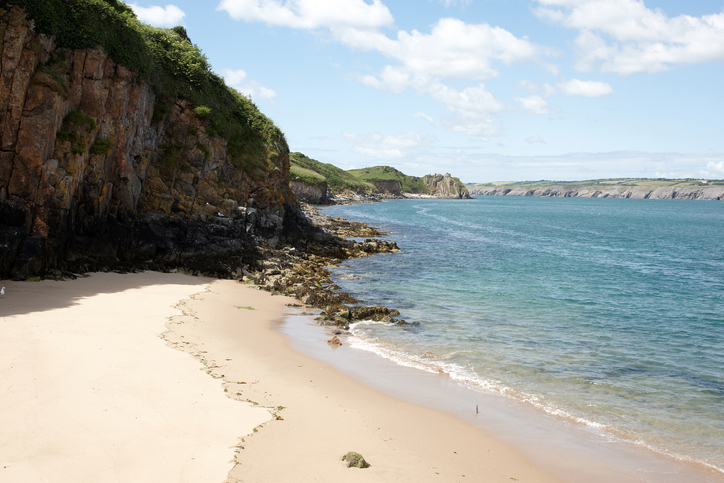 Glamping in the UK – 10 sites handpicked by us, for you.