From a dreamy series of overwater villas in the Maldives to a gorgeously restored lake palace in India, these aquatic accommodations are a sure way to spice up your next trip. Queen Elizabeth 2 Hotel If you long for the glamour and grandeur of a transatlantic voyage aboard the QE2, you can spend a night in the legendary liner, which...

From a dreamy series of overwater villas in the Maldives to a gorgeously restored lake palace in India, these aquatic accommodations are a sure way to spice up your next trip. 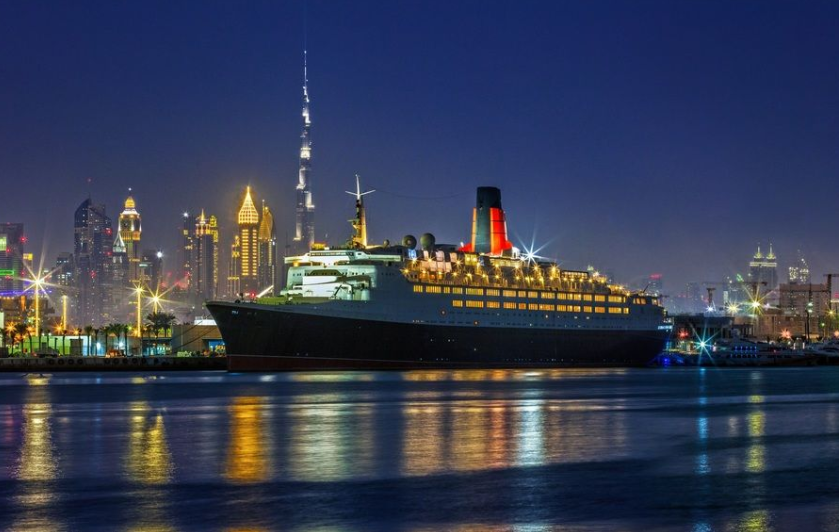 If you long for the glamour and grandeur of a transatlantic voyage aboard the QE2, you can spend a night in the legendary liner, which now rests permanently at Dubai’s Mina Rashid harbour. After her final journey in 2008, the iconic vessel transformed into the lavish 224-room Queen Elizabeth 2 Hotel. Interior decorators were careful to preserve the ship’s sense of history adding a few subtle updates. 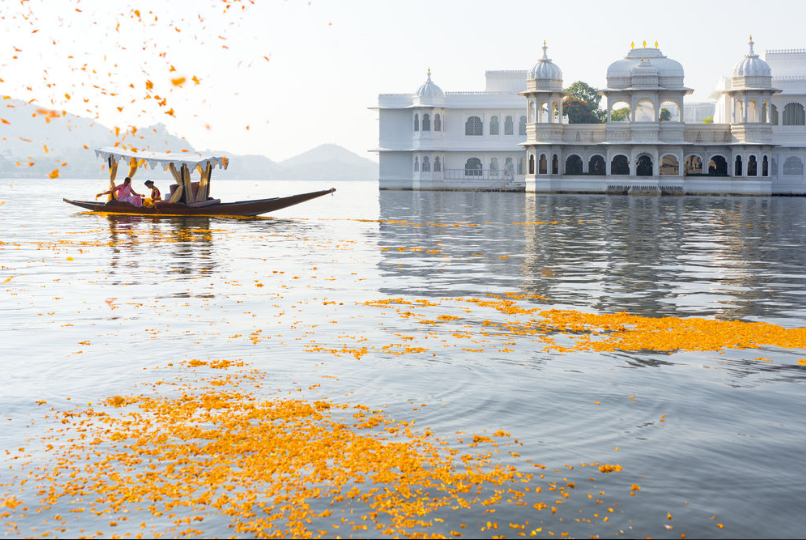 Guests at the Taj Lake Palace in Udaipur have the chance to live like royalty. Like many of Rajasthan’s most opulent five-star hotels, this stunning retreat in the centre of a placid lake was once an actual palace. Admire the intricate architecture and original works of art while indulging in some serious pampering. 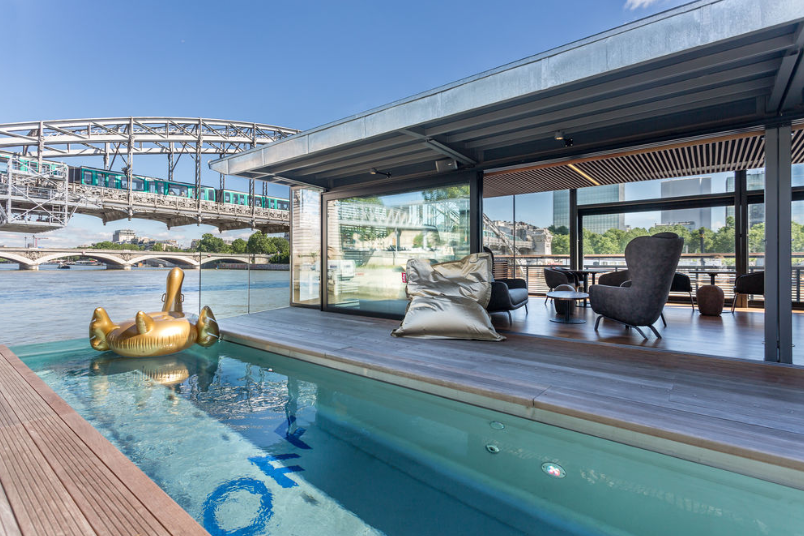 Docked in the heart of the river that runs through the City of Light, OFF Paris Seine manages to feel infinitely more serene than the inner Arrondissements, despite its central location. Even in you’re not staying here, it’s well-worth stopping by the terrace at OFF bar & restaurant for an aperitif with a spectacular view. 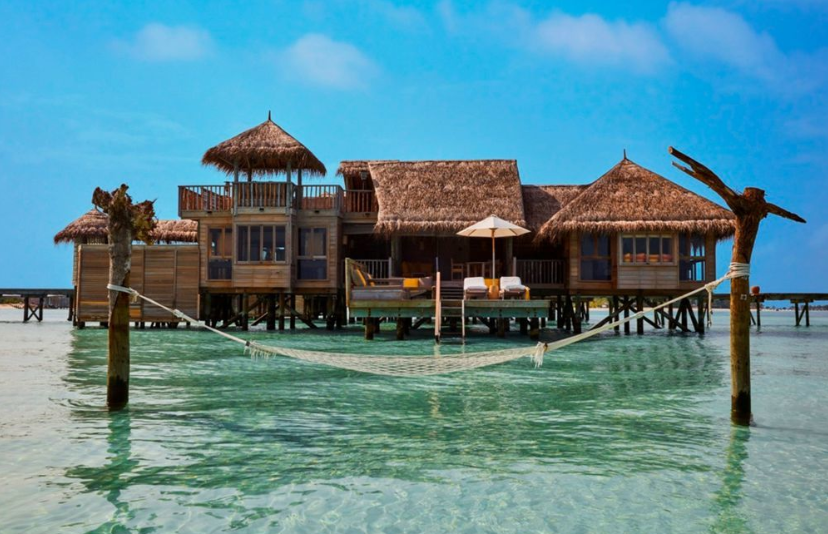 Live out your Robinson Crusoe fantasies at this palm-fringed private island resort in the Maldives. Travellers residing at Gili Lankanfushi spend their days lounging in 45 thatched-roof overwater villas or strolling along the wooden boardwalks to reach the sugar sand beaches of the island of Lankanfushi. 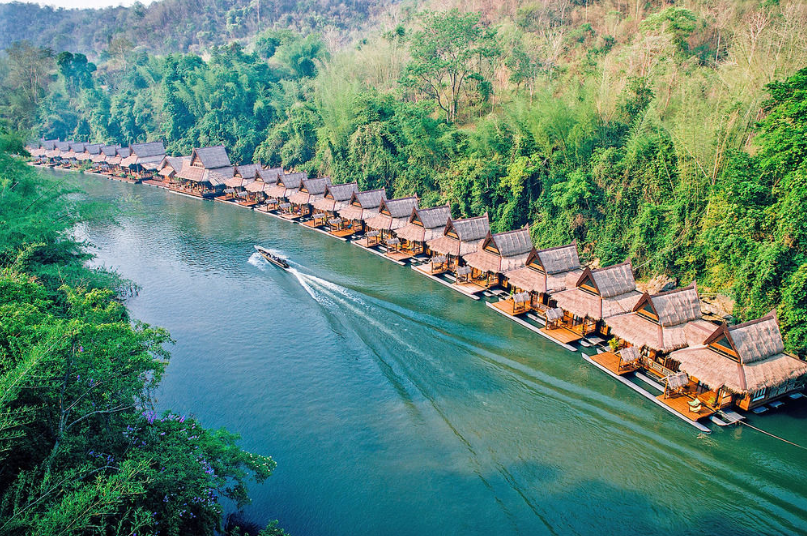 Visitors to Sai Yok National Park in Thailand’s lush Kanchanaburi province should check in for a night at the The FloatHouse River Kwai, a series of rustic-chic bungalows on the water kitted out with teakwood furnishings. Pontoon Restaurant, named in honour of the struggle of American POWs commemorated in the film The Bridge on the River Kwai, is ideal for a languid sundowner. 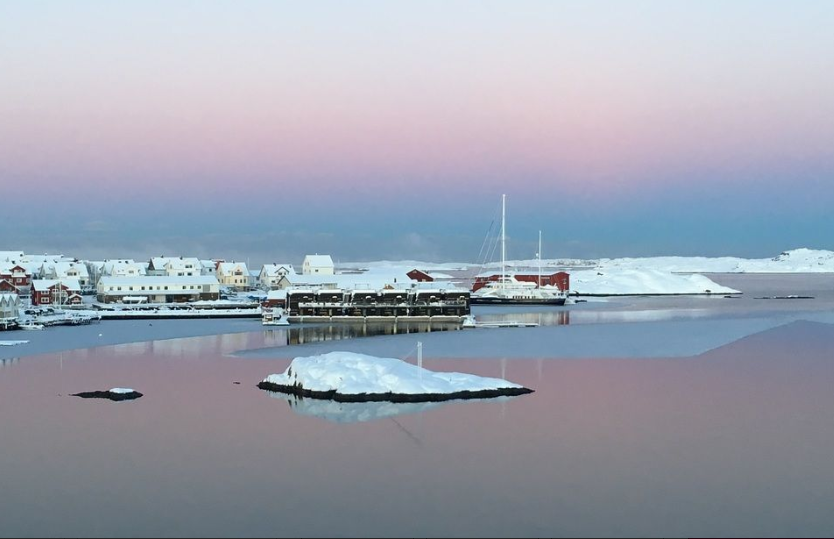 Situated in the glassy waters of a Swedish fjord, Salt & Sill is especially popular in the summer months, when the sun shines late into the night. Many travellers come exclusively to sample the innovative Nordic cuisine at the hotel’s onsite restaurant. Be sure to check out the sauna attached to a boat, which bears the quirky distinction of being the fastest floating sauna in the world. 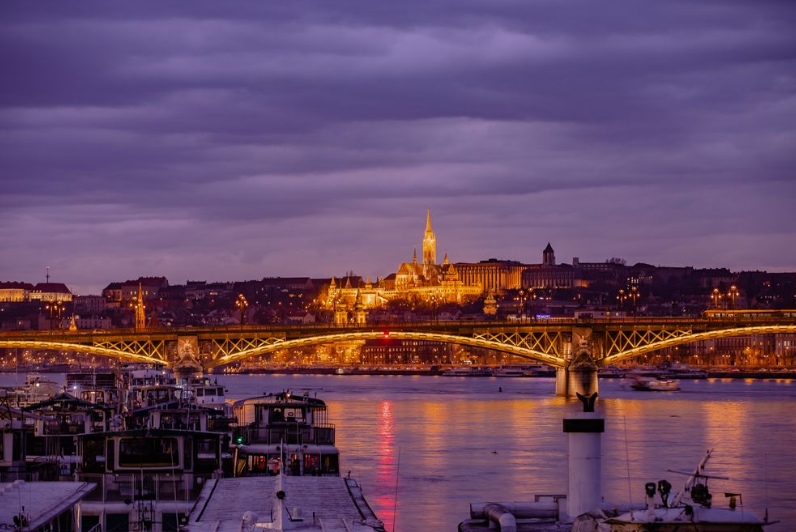 Bobbing gently in the waters of the Danube, the Fortuna Boat Hotel and Restaurant offers guests a whole new way to experience Budapest. While the Standard cabins are more or less what you might expect on a boat, the Superior rooms are positively luxe. 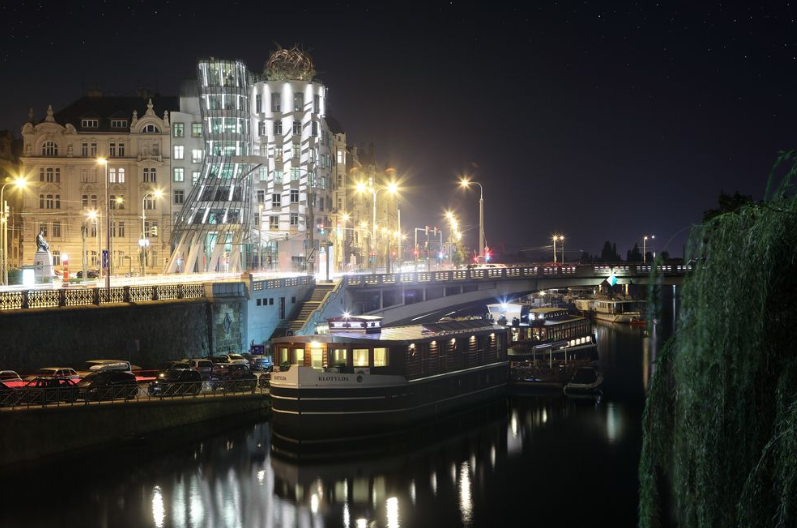 Prague has historically had a flair for the bizarre, not to mention some of the most atmospheric architecture in all of Europe. The Boat Hotel Matylda feels like an apt way to experience the Czech capital in all of its wonderful weirdness. Dinner in the hotel restaurant overlooking the Vltava River is a memorable affair.

After five minutes of battling crowds and weaving around street performers on Las Ramblas, most travellers are ready to run out of Barcelona altogether. Instead of abandoning this fabulously beautiful Spanish city, ditch the mobs by staying on the water at the Boat Hotel in Barcelona. 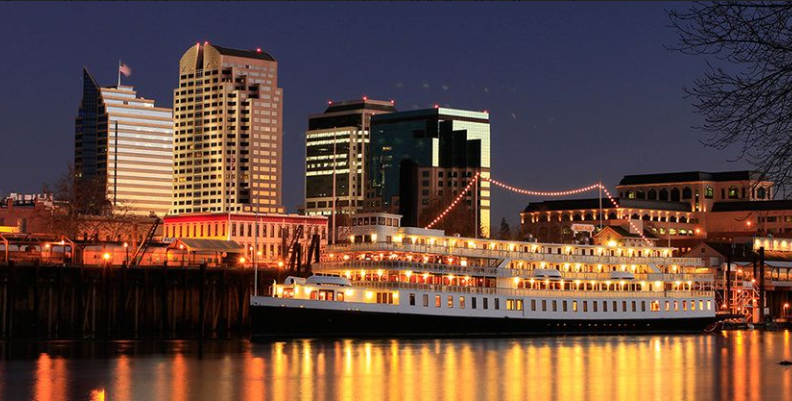 Splurge on a night in the Captain’s Quarters, which comes with a private veranda with a panoramic view of downtown Sacramento, at the Delta King Hotel. Perhaps the most unconventional perk of this riverboat hotel is the Delta King Theater, a grand Victorian-style stage that hosts everything from film screenings to live performances. 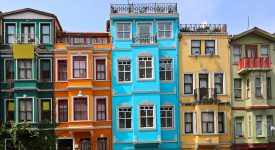 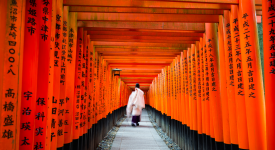 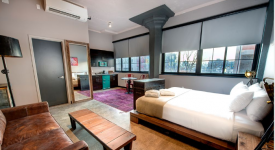