The brutalist movement which swept the architecture world in the 1960s drew ardent supporters and was also reviled by many. Normally built for social housing or big institutional projects, brutalist design emphasised a simple aesthetic of heavy, boxy exteriors made with exposed concrete. These mammoth, jarring structures and the architects behind them have inspired fictional villains in pop culture and even cult worship. Here are 10 brutalist masterpieces and where to find them.

A massive mini-city, the Barbican Estate was built on a site that was completely bombed during World War II. Construction on the main building, the Barbican Centre, began in the '60s and when it finished in 1982, it was somewhat of an anachronism. Its harsh concrete exterior, boxy edges and out-of-place vertical gardens won the Barbican Centre the title of “London's ugliest building" in 2003. The performing arts centre is part of the sprawling Barbican Estate, which also includes residential flats, schools, theatres, art galleries and libraries, the product of a 1950s utopian dream to integrate high-density residential neighbourhoods with cultural institutions.

A twisting cube pockmarked with different sized rectangles, the Bank of London and South America makes a loud statement at its intersection in Buenos Aires' financial district. The building seems at once heavy and breezy, quite the architectural feat to achieve. Completed in 1966, the idea was to have a bank that was less imposing by creating public spaces within its compounds. For instance, instead of having only tellers on the ground floor, the lobby also serves as a covered public space, while offices are suspended from the roof. 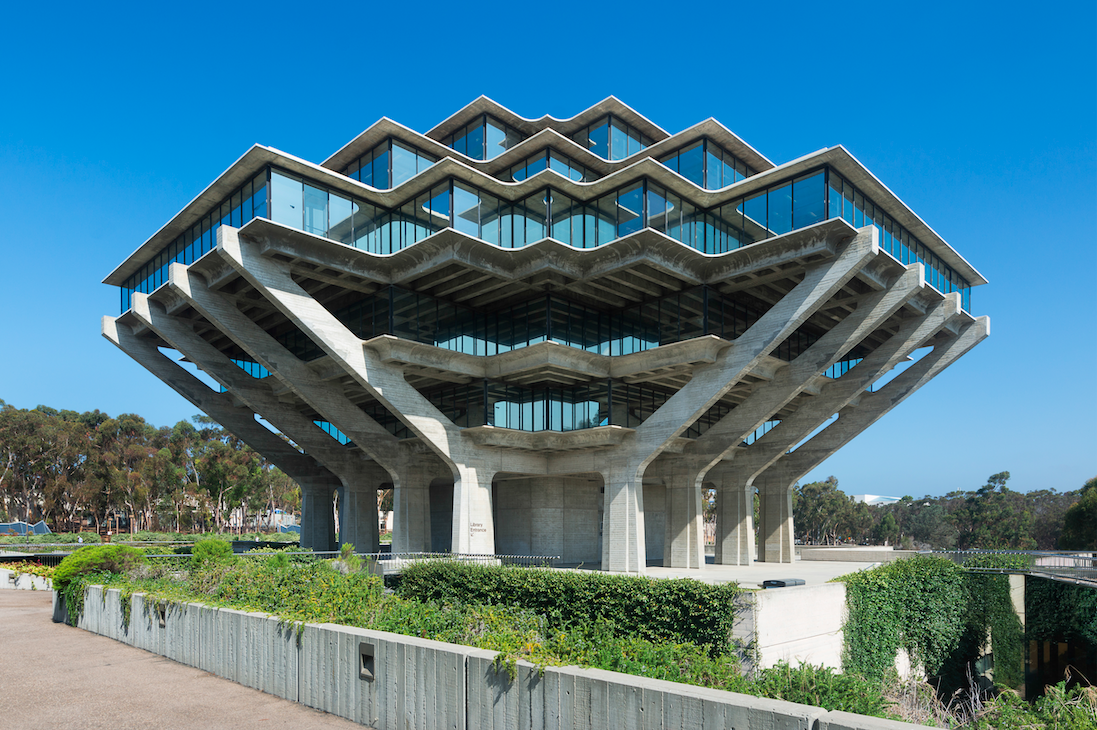 Also known as the Dr. Seuss Library, Geisel is the main library of the University of California, San Diego and named after children's book author and illustrator Theodor Seuss Geisel. Built in 1970, it contains an extensive collection of Dr. Seuss books, and outside, a bronze statue of the Cat in the Hat welcomes visitors. Architect William Pereira did a good job at honouring Dr. Seuss, the library's façade resembling hands holding up a stack of books. Sitting at the crest of a canyon, the library is scary and beautiful, especially during sunset when the glass windows turn a pink-purple hue. 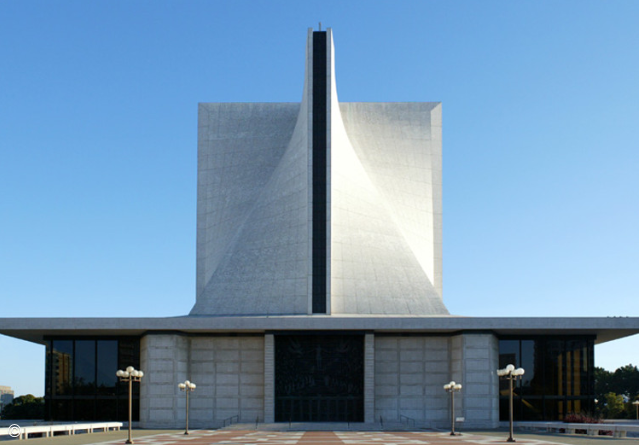 Built in 1970 and modelled after the Cathedral of Saint Mary in Tokyo, the San Francisco counterpart seems lightweight to be classified as brutalist. Though it has the same sparkling beige-white exterior, the San Francisco church boasts more curved contours than the Tokyo one. The inside is a more menacing design with crisscrossing lines on the walls that draw attention upwards to the 19-storey cupola. However, the church is renowned for another reason – at 2pm the sun casts a shadow that looks like woman's bare breast on one side of the building. 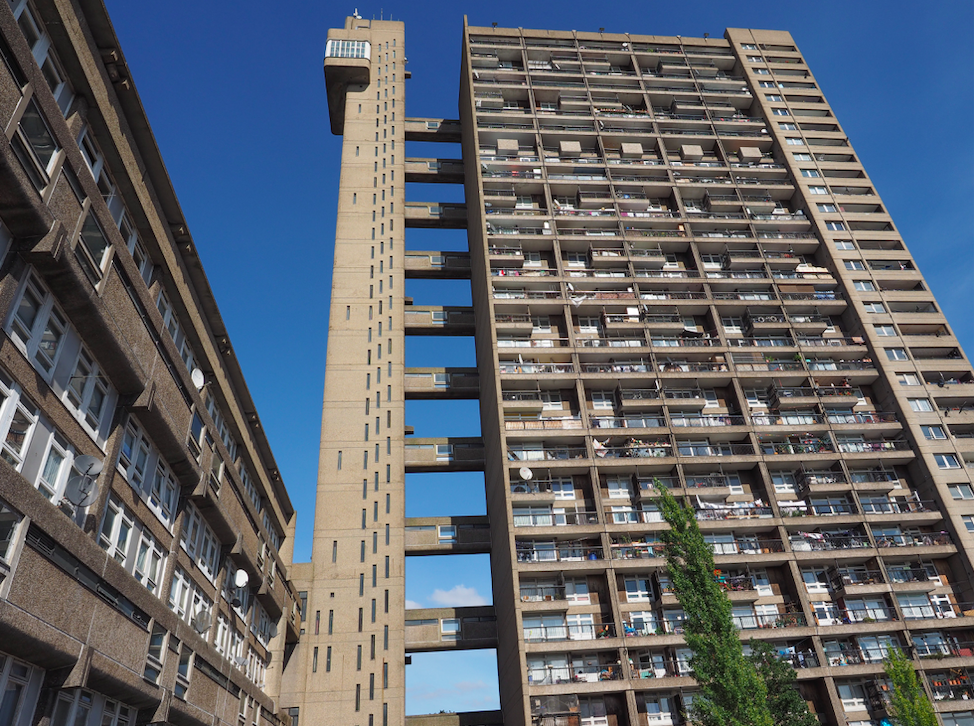 Erno Goldfinger, architect of the Trellick Tower, was so difficult to work with that Ian Fleming named one of his Bond villains after him. Finished in 1972, the 31-storey tower was designed as social housing for the local council and is so utilitarian it looks almost sublime. A brown concrete tower of stacked matchboxes rising unapologetically from the ground, Trellick Tower was once associated with crime, vandalism and drug abuse until a major renovation in the '90s. Today, it's one of London's greatest brutalist icons. 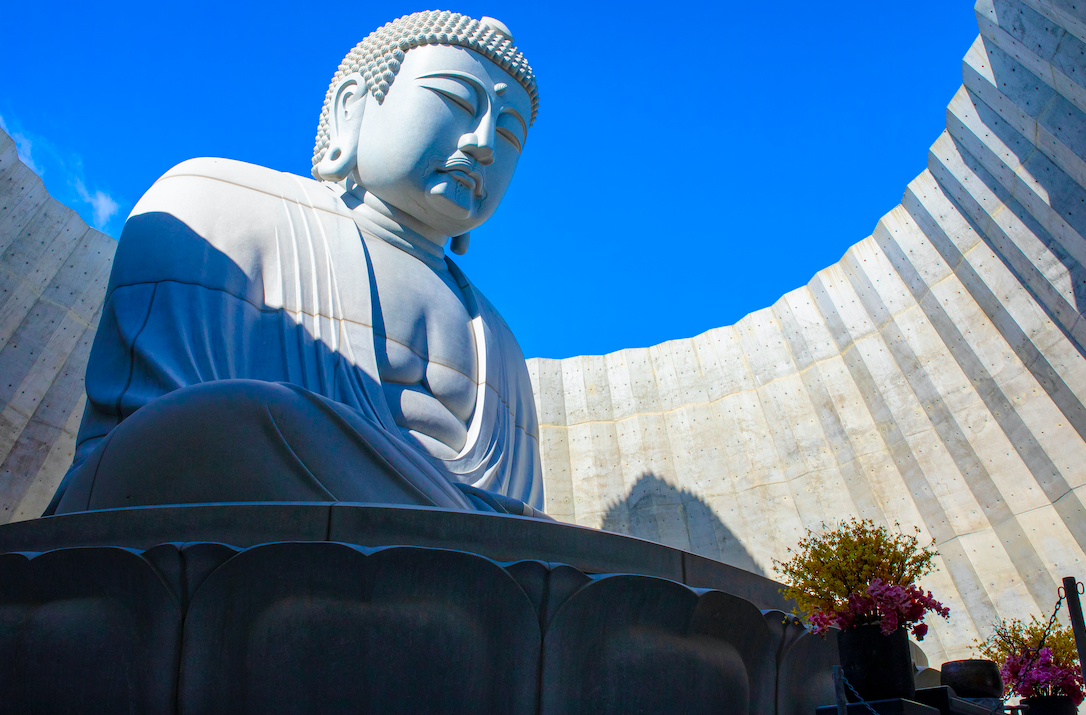 Arguably more modernist than brutalist in design, Tadao Ando's statue and shrine makes visiting Makomanai Takino Cemetery a most serene experience. Opened in 2015, the Hill of Buddha consists of 150,000 lavender plants on an artificial hill encircling a 44-foot-tall Buddha statue, only its head visible from ground level. There are many hidden facets to the shrine, including elongated water features and tunnels made of overlapping slabs of arched concrete that bear more semblance to brutalism.

Grid-like with jagged edges and blocks jutting out on the sides, Boston City Hall is brutalist to the core. Built in 1969 by three Columbia University professors it has polarised Bostonians since, with former mayor Tom Menino calling for it to be demolished. However, activists have saved City Hall by petitioning to grant it special landmark status. The building was designed to meld public and private spaces and give an air of transparency and accountability in the government process, something achieved through its open brick-paved plaza and offices above, hoisted up by large cantilevers. 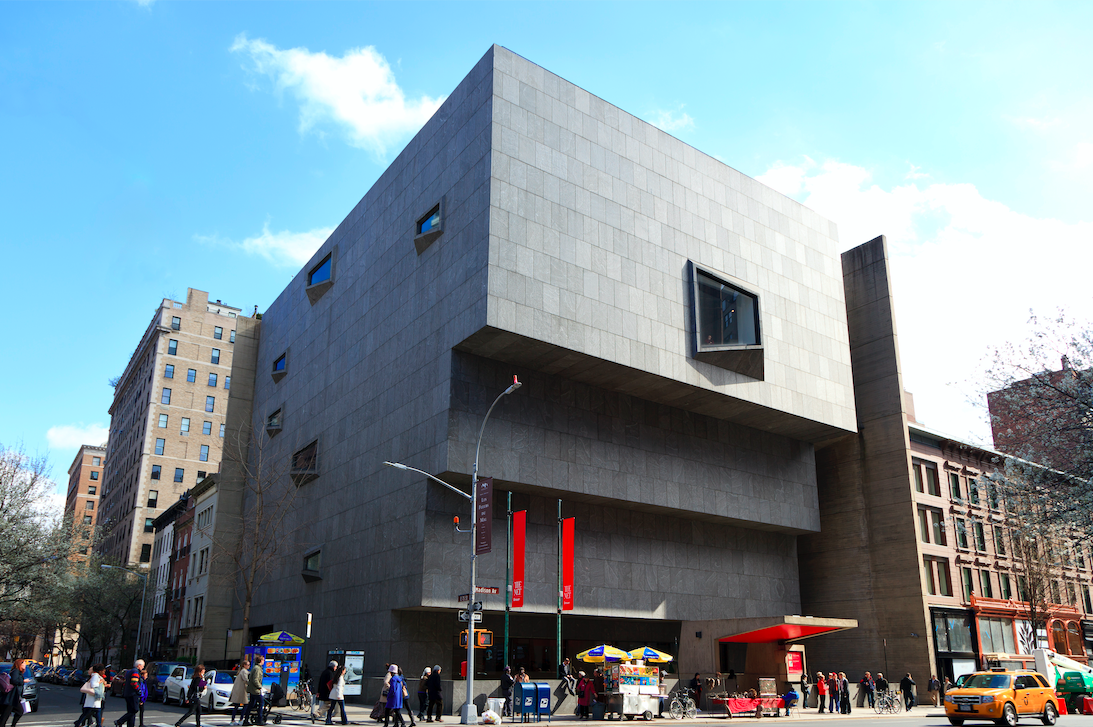 Completed in 1966, this building on Manhattan's Upper East Side is one of the simpler examples of brutalist design. Architect Marcel Breuer essentially built a five-storey concrete and granite cube with an upturned staircase on one side and a few windows of varying sizes. For decades, it housed the Whitney Museum of American Art before it moved to Gansevoort Street in lower Manhattan in 2015 and the Metropolitan Museum of Art's modern and contemporary art collections moved in. Rumour in the art world is that the Frick Collection might take over the building in 2020.

One of the more fun-looking works of brutalism, Wotruba Church, perched on a hill in Vienna's outskirts, is a series of 152 concrete rectangular prisms stacked haphazardly atop each other with windows appearing from the cracks between blocks. Like many churches with an eerie history, it was built from 1974 to 1976 on the site of a former Nazi barracks. Unfortunately, its architect, the sculptor Fritz Wotruba, died in 1975 and did not get to see the church's completion. 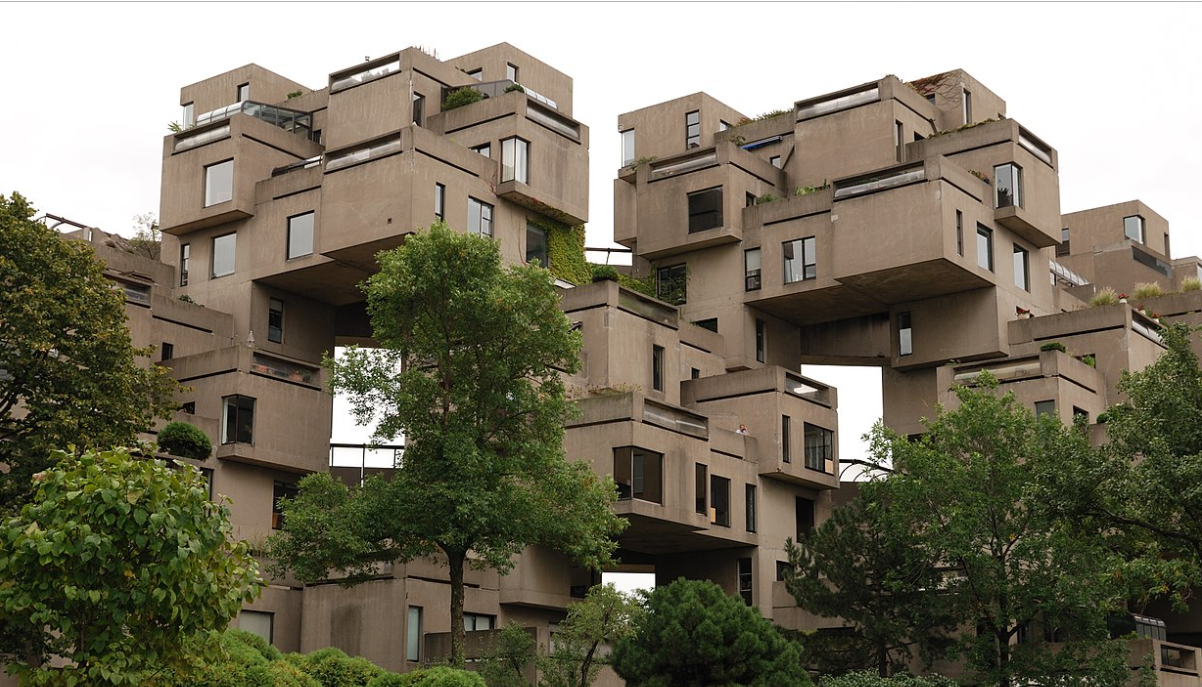 This housing community by the banks of the Saint Lawrence River looks as enchantingly apocalyptic today as it did when it was built in 1967. The project, which initially started as the young architect Moshe Safdie's thesis at McGill University, is a cluster of 354 concrete block units stacked atop each other 12 stories high but in such a way that each one has its own rooftop garden. The flats are reached through intertwining walkways and bridges and three lifts service the higher floors.