We take it for granted today – murals of flowers and trees, aliens and people, like drops of rainbow poured across entire walls of public places. Until the '90s, street art was seen as vandalism at best and a political attack punishable by imprisonment at worse. While many murals still illustrate societal ills, their cheery colours also add character to a place. Here are 10 cities around the world pushing the boundaries of street art.

Until 2011, street art was a crime in Bogota, but much has changed since, and artists have used the opportunity to express their political views – or simply brighten a place up – in the form of striking hues and bold patterns that cover the walls of homes and buildings. In historic La Candeleria, street art is splashed on cultural institutes and shipping containers, and in the barrio of Los Puentes, a single mural of a woman with a flower in her a hair drifting on a canoe is stretched across 383 houses. 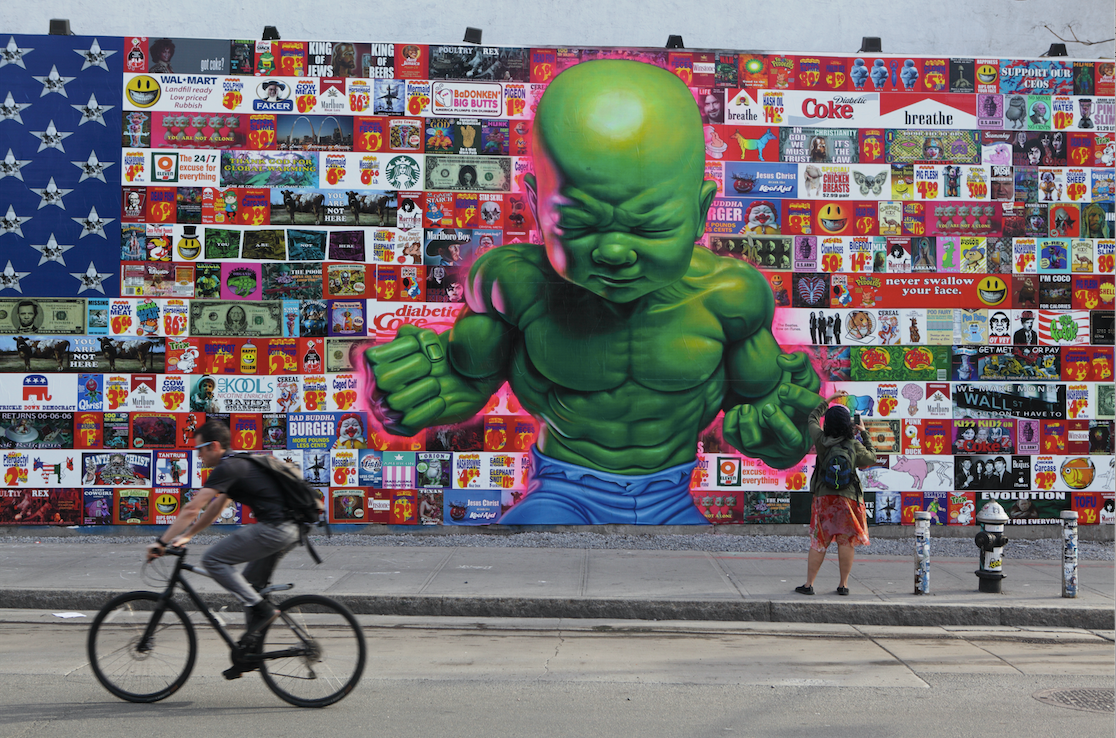 The graffiti-splattered 5Pointz, for decades a major landmark highly noticeable from the 7 train zipping from Manhattan into Queens, might be painted over, but street art still thrives in New York. Head to Bushwick, Brooklyn's forever up-and-coming neighbourhood, where the Bushwick Collective has commissioned artists to paint beautiful murals on brick-walled warehouses. Another iconic spot is the Bowery Wall in Manhattan's Lower East Side, which was once painted by Keith Haring, then destroyed and painted over again. For a quieter viewing experience, Freeman Alley, also on the Lower East Side, is a gem. 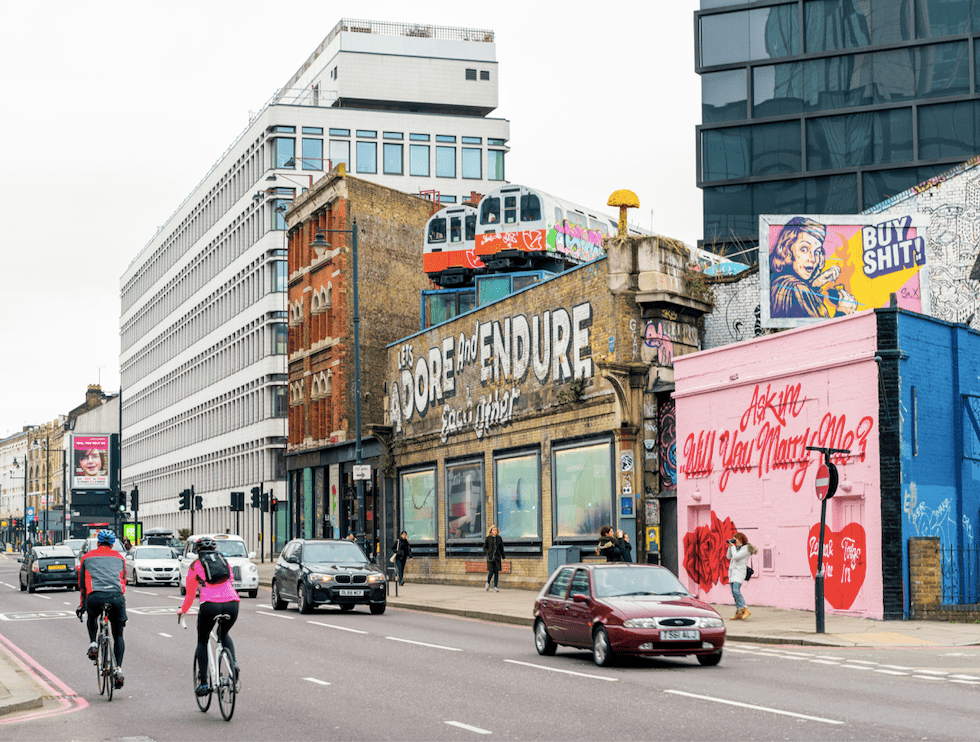 Many Londoners will say Shoreditch is the birthplace of street art, and indeed, wandering the cobbled alleys is like stepping into a kaleidoscope, one that's also dotted by pubs. On a rainy day, check out Leake Street Tunnel, which runs directly under Waterloo Station, where the walls are always changing as graffiti artists come here to practice and paint over each other's work. For a different vibe, head west to the recently-completed Treatment Rooms, a house that's covered entirely in mosaic tiles, evoking the spirit and patterns of revolutionary murals of Mexican artists. 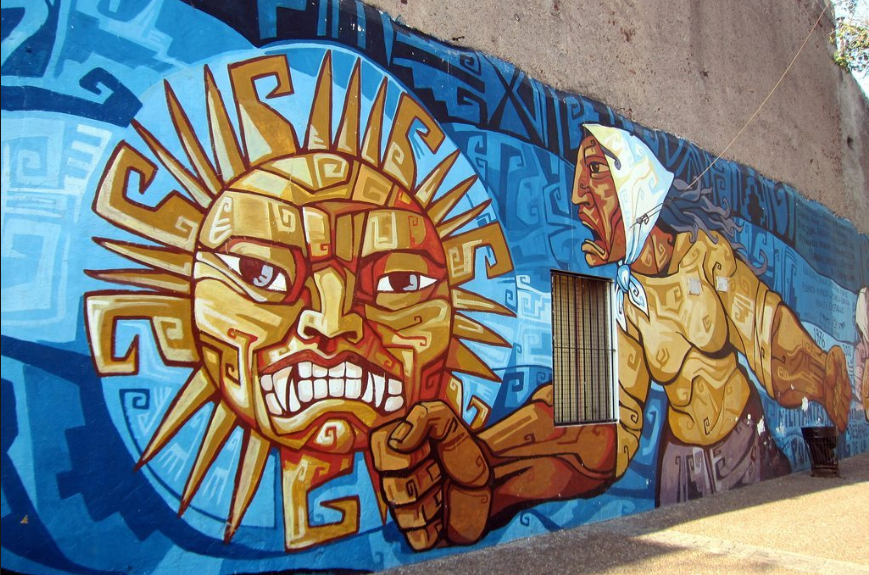 Buenos Aires' troubled history has undoubtedly inspired some riveting depictions across the city. A sea of murals by artists such as Martin Ron and El Marian cover Villa Urquiza, a barrio where hundreds of buildings were destroyed during the military dictatorship (1976-83). And in the former shantytown of La Boca, striking hues of red, yellow and blue liven up the streets as much as its tango dancers. The most exciting street here is El Caminito, an old rail route that's now a site for street art events.

Mexico City has a deep-rooted street art scene that began in the '90s and has since expanded from the streets to the inside of galleries. Beyond the usual suspects of La Romita and Plaza Luis Cabera, there's Coyoacán, a leafy neighbourhood decked with tongue-in-cheek mural art inspired by religious symbols – think little girl skeletons and Aztec snakes. And, technically a toy museum, the Museo del Juguete Antiguo México crawls with humorous, whimsy street art, 2D and 3D, inside and out. 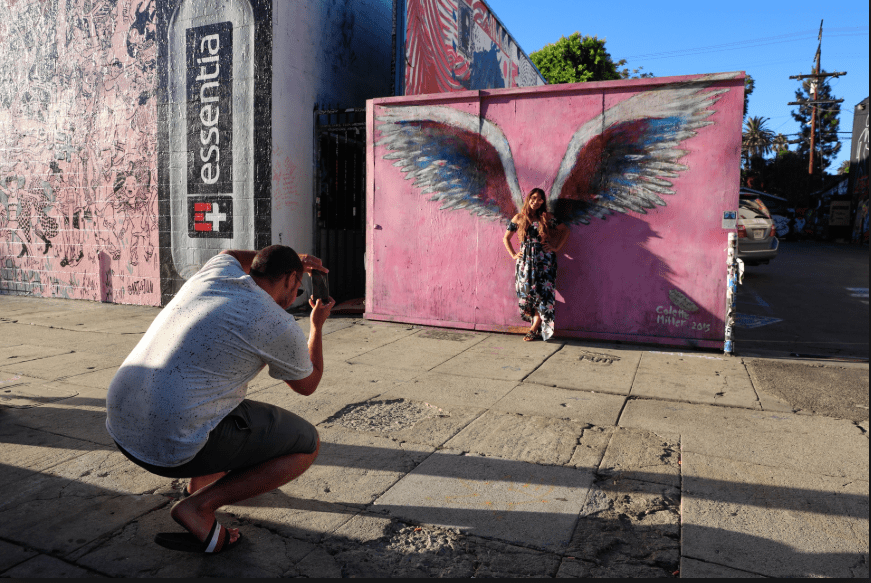 In the '70s, artists worked surreptitiously in closed studios in Downtown LA, a huge contrast to what the area's Art District has become. Today, visitors make the pilgrimage to the American Hotel for the gorgeously-patterned murals, before crossing the street to pose with Colette Miller's famous purple and blue “Angel Wings”. While stuck in traffic, keep an eye out for the public utility boxes – many have been painted over with images as varying as mariachi bands and googly-eyed small pets. The utility box art initiative started in Boyle Heights and has infiltrated more affluent neighbourhoods such as Palms.

Spraying the sides of railway tracks is a rite of passage for Melbourne's graffiti artists, though, these days, their work is regarded with more appreciation than scorn. Street art tours cover the CBD's must-sees, including Hosier Lane, AC/DC Lane and Centre Place, where, after the obligatory shot, enjoy the sprawl of outdoor cafés with a cuppa. In the suburb of Richmond, pops of colourful street art stretch across multi-storey buildings and converted warehouses. Look out for the mural of smiling warriors on the side of the Feast of Merit café, which is framed by towering trees. 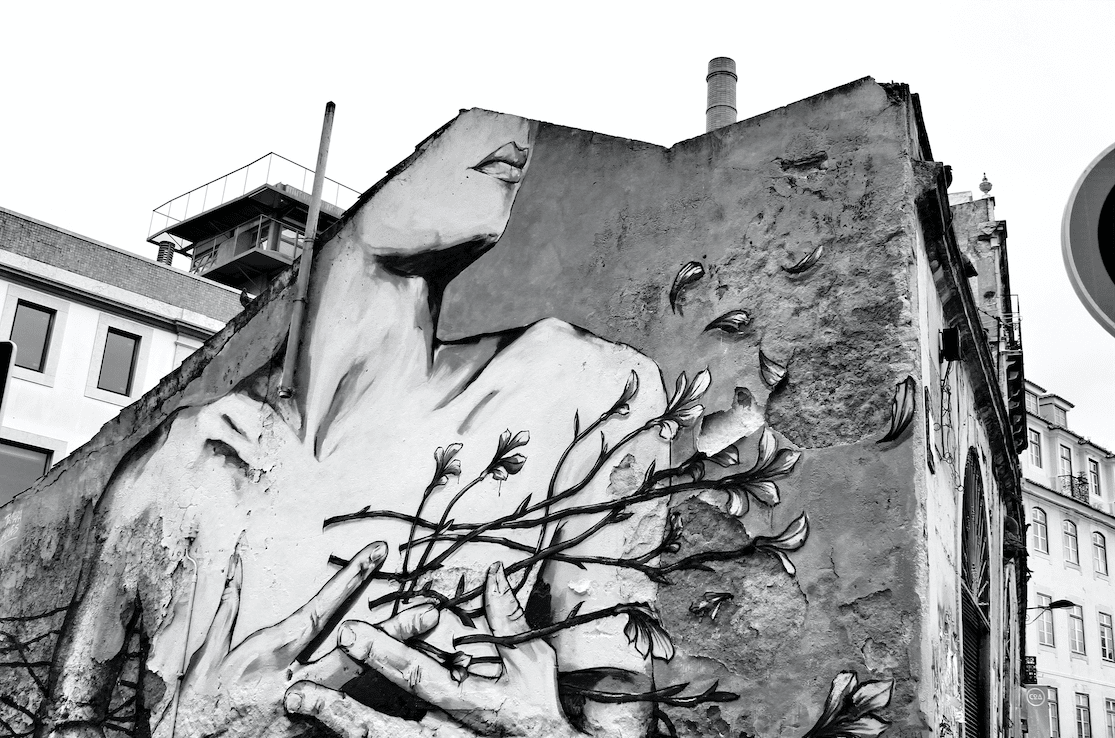 Lisbon is known to be Europe's understated capital – no flashy monuments to brag of – but there's nothing understated about its street art. Ride the funiculars, especially Elevador da Glória and Elevador da Lavra, both of which snake through narrow, graffiti-splashed alleys. Further away from the city centre, Amoreiras Wall of Fame is arguably Lisbon's oldest graffiti wall, with some works dating back to the '90s. Underdogs Gallery also has wonderful rotating exhibitions of works by street artists and runs Lisbon Urban Art Tours.

Poet-diplomat Pablo Neruda, who immortalised Valparaíso's gorgeous cerros (hills), was also quite the art enthusiast. From the 1940s, he invited Mexican artists to Valparaíso, where the street art scene flourished in secret. Sadly, all art forms were banned during Pinochet's military dictatorship (1973-90), but it has made a strong comeback. Just follow the labyrinth-like staircases to colourful houses all over the cerros such as Cerro Concepción and Cerro Alegre. The Museo a Cielo Abiert (Open Air Museum of Valparaíso) still has murals from the '90s. 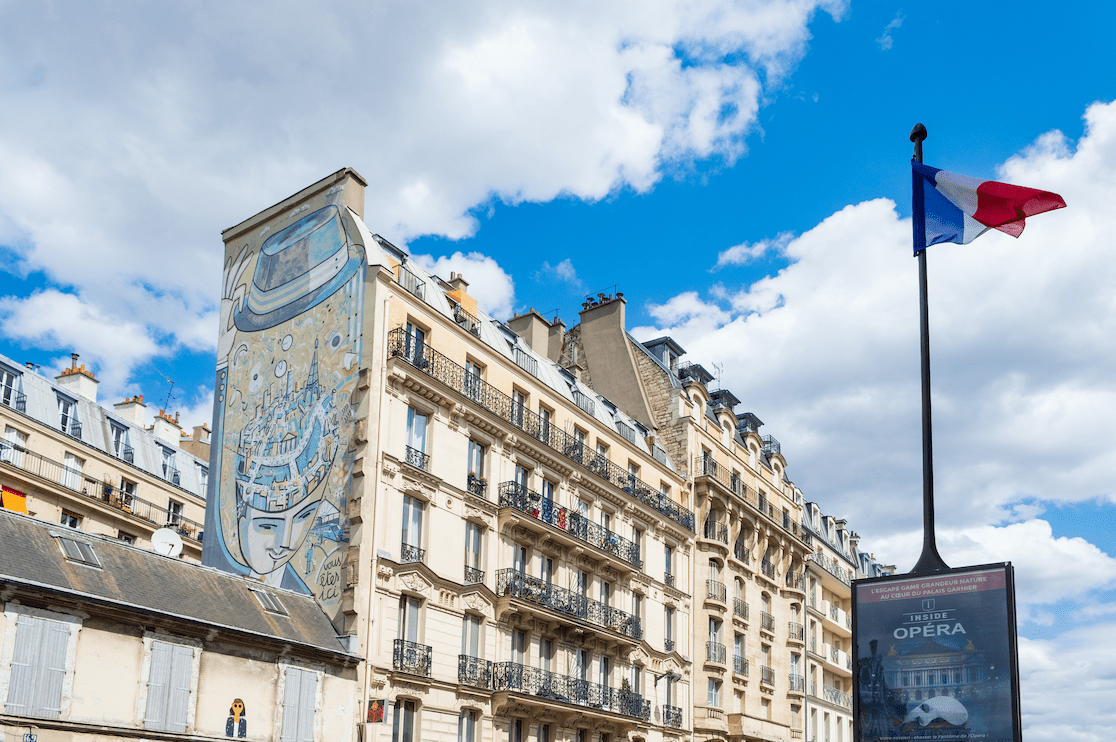 The art scene in the French capital is often synonymous with the Louvre, but it also boasts a vibrant street art culture that's been flourishing for decades. Rue Laurence Savart has, since the '40s, been a popular place for street artists to make their mark, while the Rive Guache (Left Bank), once populated by artists and intellectuals, remains a site of large-scale murals spanning several floors. Finally, Rue Oberkampf is known for its nightlife but visit during the day and you'll find a different type of buzz where street art adorns the sides of cafés and bars.