Here's a travel secret: sometimes a country's old capital city, rather than being neglected, outshines the bland metropolis that's taken its place. Few places bear out this paradoxical principle better than this bunch of under-visited European gems. 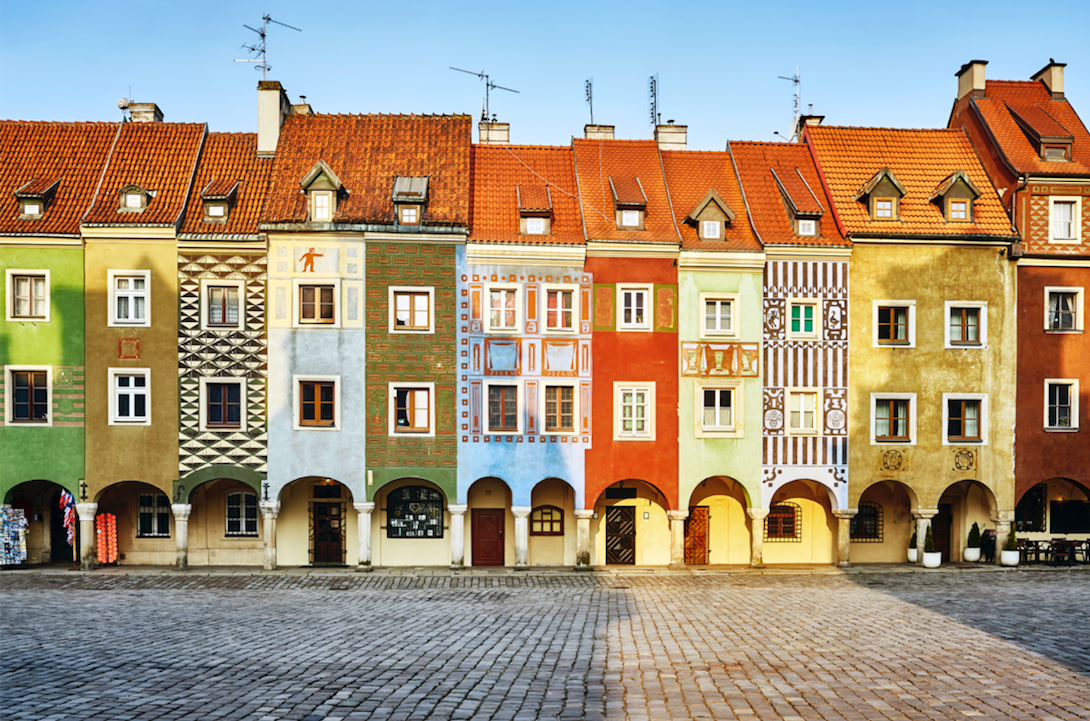 That's the good thing about travel spots largely ignored by mainstream tourism: they leave the field free for more venturesome types to explore. And it's worth looking under the cover of this medieval former capital of Greater Poland.

For one thing, Poznan is replete with fascinating little museums. Fans of such idiosyncratic collections will be keen to notch the Croissant Museum on their belt; it pays homage to the city's great pastry trademark, the poppyseed-stuffed St Martin croissant. The Chocolate Museum is in similarly sweet vein, and elsewhere there are astoundingly intricate models of former Poznan on display, including one of the town in its 10th century heyday.

A little further out, the thousand-year-old Oaks of Rogalin (they look their age) make for a memorable sight in the park of Rogalin Palace. 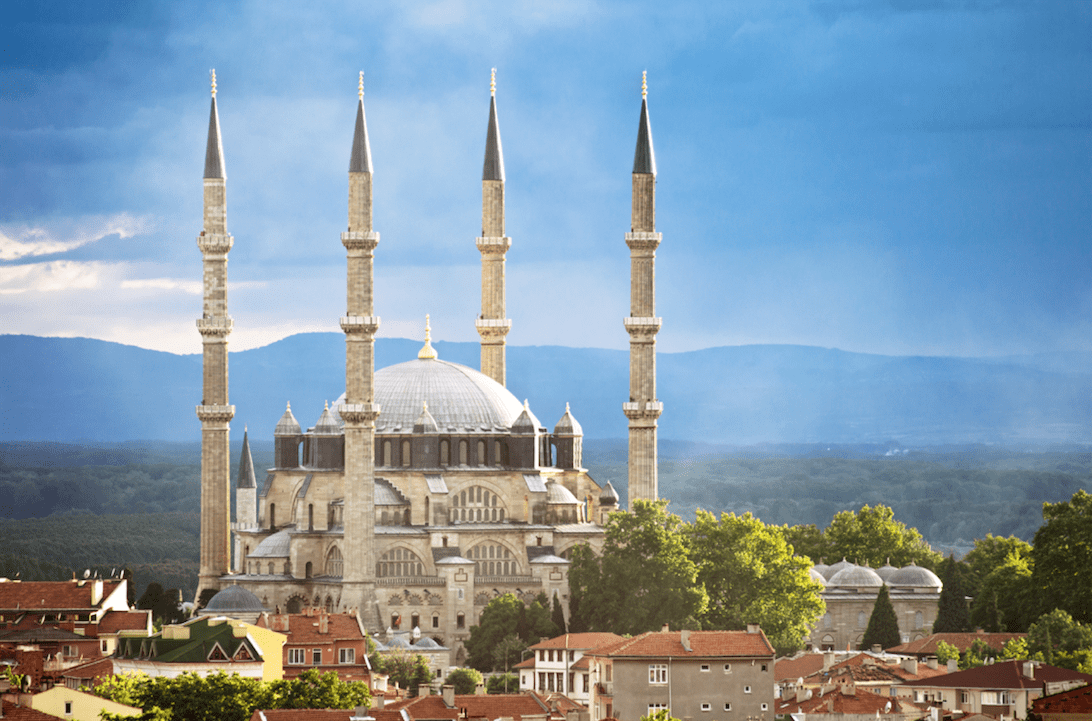 Time your visit to Edirne in summer, if you can, to coincide with one of Turkey, and the world's, most distinctive sporting events: the slippery-dippery Kirkpinar oil-wrestling festival. Holding the Guinness World Record for the longest-running athletic competition, the bouts reach back to 1,000BC Persia. Nowadays they involve two chunky, oil-slathered chaps getting to grips with each other in an open field, clad only in knee-length leather trousers. The UN regards the sport as part of the Intangible Cultural Heritage of Humanity, which seems odd because the set-tos appear very tangible indeed.

Not that that's all to see in this former Ottoman capital (before Mehmet II conquered Constantinople at the age of 21 and moved it there). The mosques are splendid, especially the 16th-century Mosque of Selim – dominating the city from rising ground it has a vast, impressive central dome surrounded by many-balconied minarets. 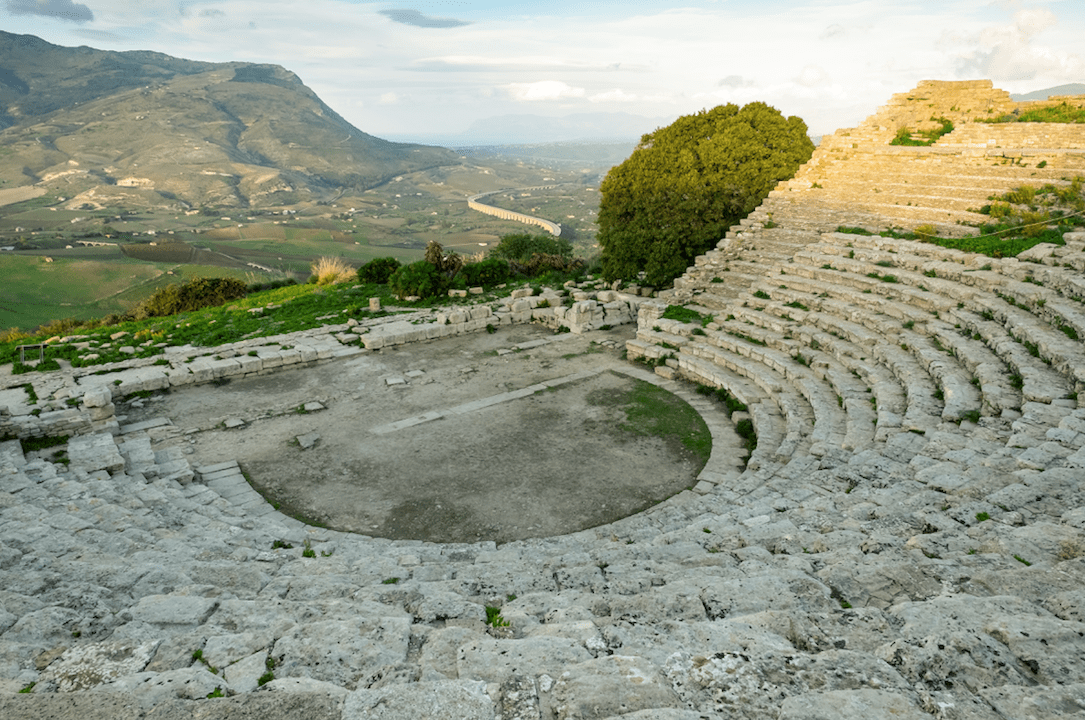 The former glories of this, the leading Greek city of ancient Sicily, are blazingly evident for all to see. As are its modern day ones, for that matter: that's the allure of this seaside slice of the wickedly alluring island of Sicily – top-shelf ruins tell tantalising tales of a long-gone civilisation, and when you're not admiring them there are sun-soaked portside cafes to lounge in, dreamy piazzas to stroll through and a maze of medieval streets to get lost in.

Explore the remains of this three-thousand-year-old Corinthian metropolis in the Parco Archeologico della Neapolis, one of Sicily's most spellbinding ancient sites. Continue the discovery on the city island of Ortygia, where a Baroque cathedral incorporates Doric columns from a temple of Athena – and which, ruins aside, has become one of the most stylish corners of the city in which to live and stay. 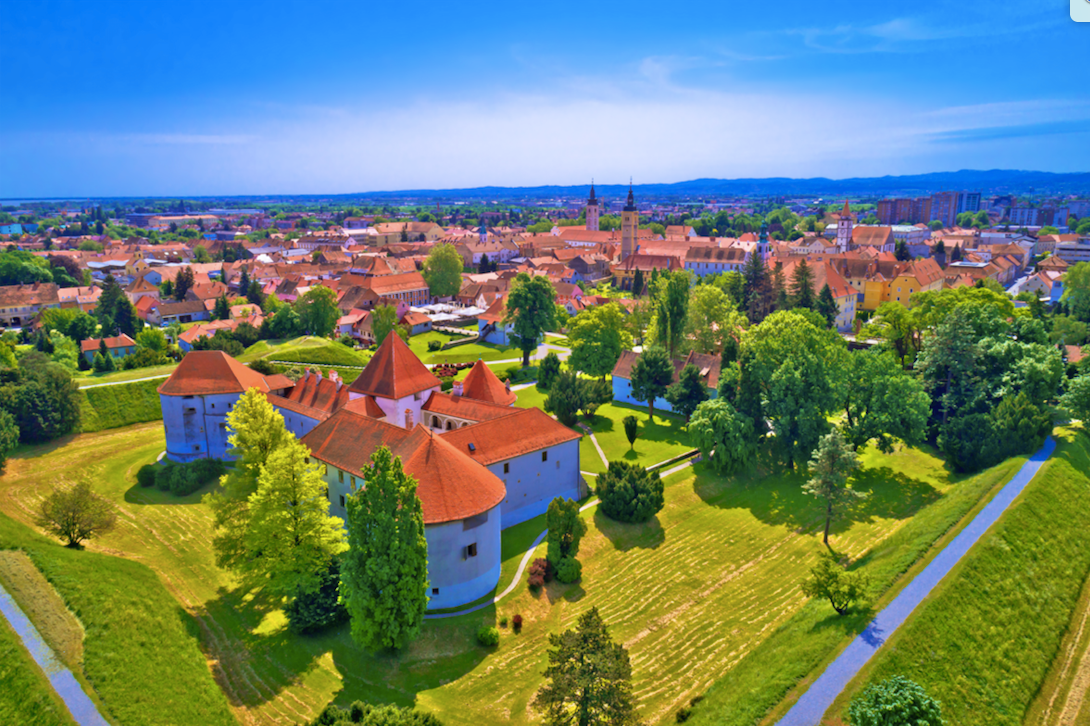 Now's the time to mine the Baroque pleasures of this one-time Croatian capital, coming into its own as a sight-packed day trip from Zagreb. To really soak up the eighteenth-century atmosphere, come between late September and early October, when the town puts on Baroque music concerts in the evening; it's hard to imagine a better setting than Varazdin for these sweet, slow-paced sounds. With its ornate facades, Trg Kralija Tomislava, the town's main square, dishes up more helpings of Baroque splendour.

Not that the town is preserved in aspic – unlike the thousands of bugs on display at the city's World of Insects, a modern attraction sure to get any kids in tow critter-chatting, which must be preserved in something. Pavement puppet theatres and operatic performances span the breadth of cultural attractions. 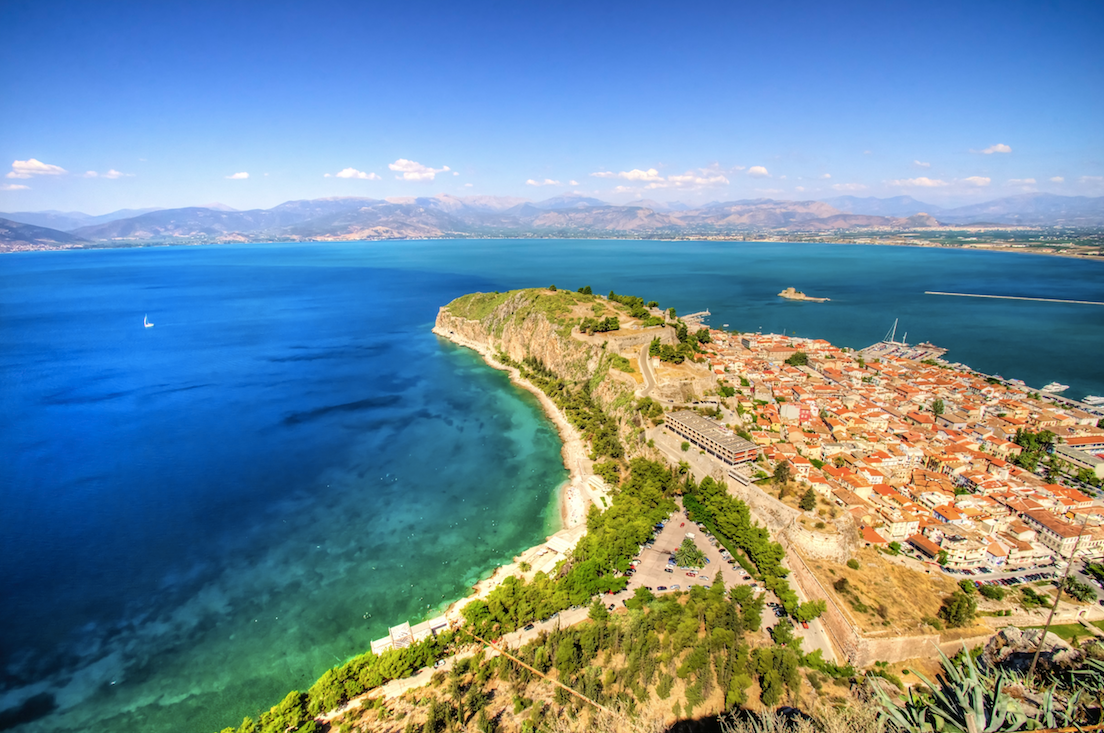 One thing you can't accuse Venetians of, historically speaking, is bad taste. Well, there's Venice, to begin with, still one of the most knee-tremblingly beautiful and romantic cities on the planet. Then, less celebrated but equally gorgeous, in its way, is this, Greece's first post-independence capital.

The Venetians actually bought – yes, bought – Nafplio some time before that 19th-century turning point, and they clearly knew a juicy town when they saw one. Perched elegantly on a port, it has marvellous, sheltered views over the Argolic Gulf. Today, the Venetian legacy endures in beautiful historic houses as well as, you might say, in the town's modern incarnation – as a chic getaway, plump with boutiques and stylish cafes, for well-heeled Athenians escaping the far less attractive-looking capital of today. 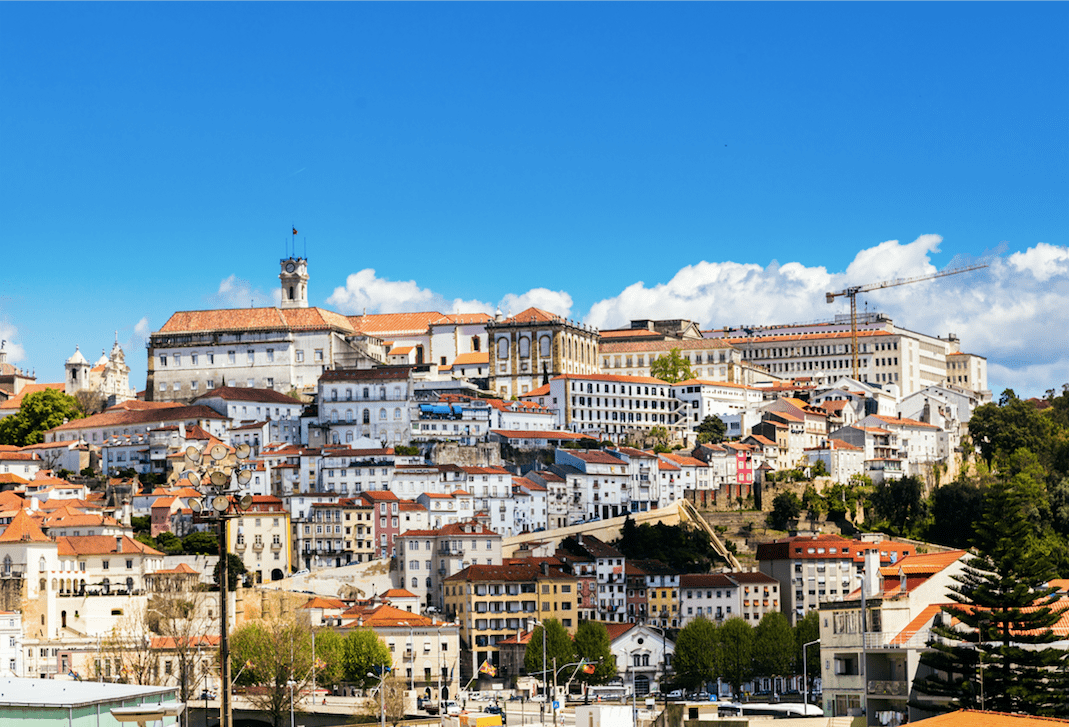 Welcome to the Oxford of Portugal – or something like it. The students who lend so much of this medieval ex-capital and current educational heart of the country its vibrancy are easy to spot: they stride around the city's historic streets in black robes, carrying briefcases and bedecked with coloured ribbons denoting their subject of study.

It's easy to time-travel here, up steep cobbled streets to the golden-stone cathedral, while the plaintive notes of a fado lament drift through the air. Only occasionally does the abundant graffiti, addressing present-day politics (thanks again to those students), haul you back to modernity. 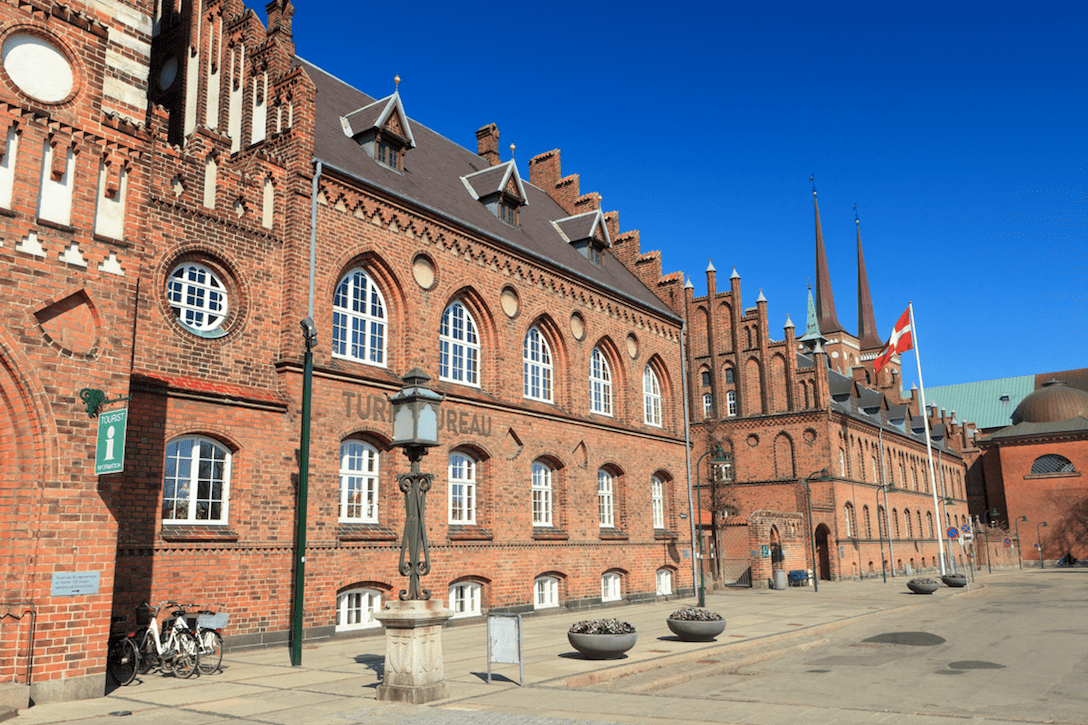 Roskilde is thought to have been founded by a Viking king called Ro, whom you can imagine looking rather like the Danish and other rock fans who now descend on the city each year for one of Europe's largest music festivals. Once a great seat of the church, and Denmark's main city until the 15th century, Roskilde is now known far and wide for this summer musical extravaganza. Don't worry if you miss it, though: now open year-round is Ragnarock, a museum of rock, pop and youth culture that aims to turn on all your senses on its tune-ological journey.

And if you're not actually bothered by modern sounds, consider visiting for the fascinating relics within the Viking Ship Museum: five restored, 1,000-year-old vessels found in Roskilde Fjord. 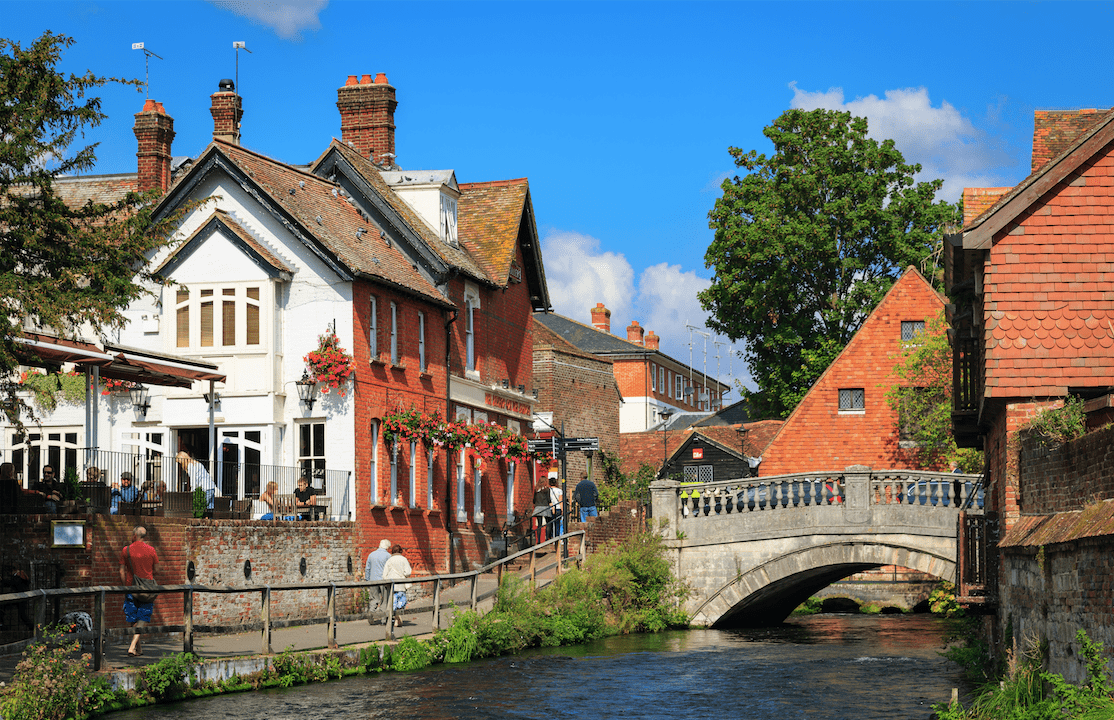 Capital of ancient Wessex and then of England, stomping ground of the country's first king, Egbert (a name surely due for recycling), and later Alfred the Great and William the conqueror, location of King Arthur's supposed Round Table… Winchester occupies a prime position in the story of a nation. Although it's now a lively market town, with decent spots to feed and water, a visit here is really about absorbing the atmosphere of English history and legend. 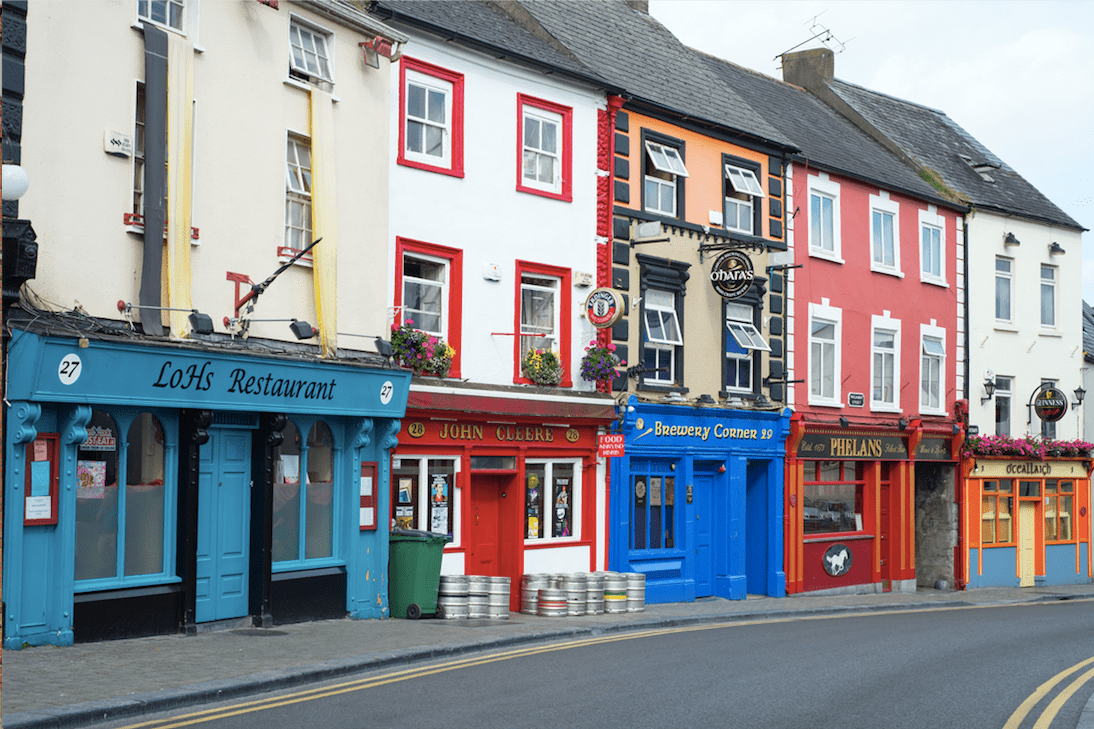 It's hard to think of a more atmospheric town in Ireland, and thankfully – or perhaps not – everyone seems to agree. True, tourists descend en masse upon the loosely named Irish medieval capital, but with reason. The stone Tudor houses and pretty Georgian streets strung out along the River Nore, itself forming the moat of Kilkenny Castle, conjure up an historic vision of Ireland like nowhere else.

And even if you are battling for elbow room, at least it might be with people sipping pints: the town's also known as the 'Oasis of Ireland' for all its quaffing places. There's good eating these days, too, despite what scurrilous rumours you might have heard about rudimentary Irish cuisine. 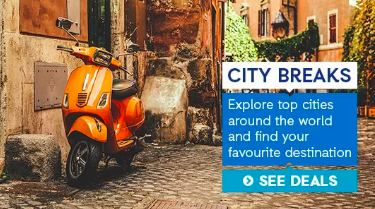