It doesn't get more English than grabbing a pint after work – it's not the lagers, ales and gins that people come for, but the camaraderie and it's been that way for centuries. London's pubs, founded as far back as Medieval times, have been frequented by criminals and poets, were the sites of prize fights and bounty stashing and have inspired many a novelist. It doesn't matter if the food is passable – the colourful back stories are reason enough to visit. Here are 10 of the most historic pubs. 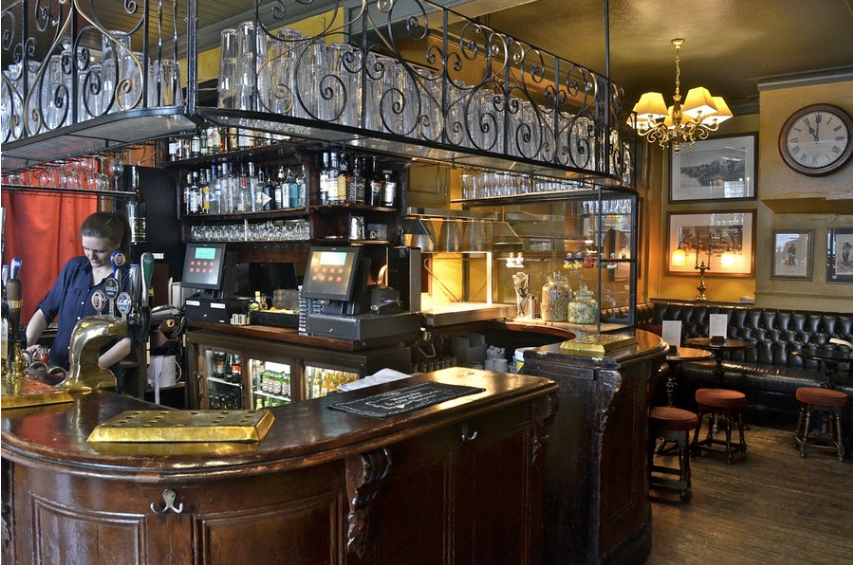 Like many London pubs, The Guinea has been through many incarnations since it opened as an inn in the early 1400s. Mayfair of the 15th century was farmland so, naturally, the pub's initial clientele consisted of labourers and stable lads though the demographic became more upper-class when London's wealth shifted to Mayfair after the Great Fire of 1666. A restaurant, The Guinea Grill, opened in 1952 and today, a simple wooden screen separates the bar and restaurant. The pub has an extensive selection of Young's Ales and food-wise, there are kidney pies and calf liver. 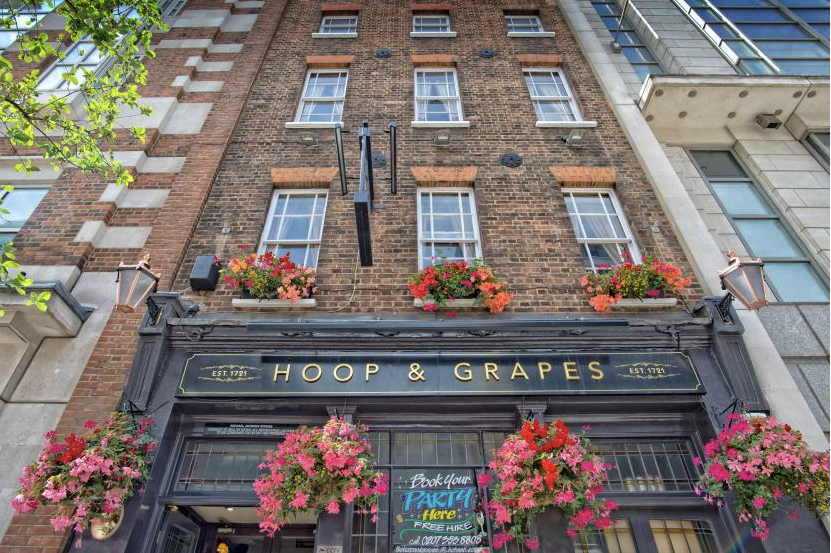 Don't be scared if you see ghosts at Hoop & Grapes while chugging on Real Ale – it's part of the charm. This drinking hole, founded in 1721, sits partially on an old burial ground of St Bride's Church and was the site of many Fleet weddings – illegitimate weddings that took place away from the couple's home parish. The pub's other claim to fame is that it was one of the few buildings in the area to survive the Great Fire back when it was still a private house. 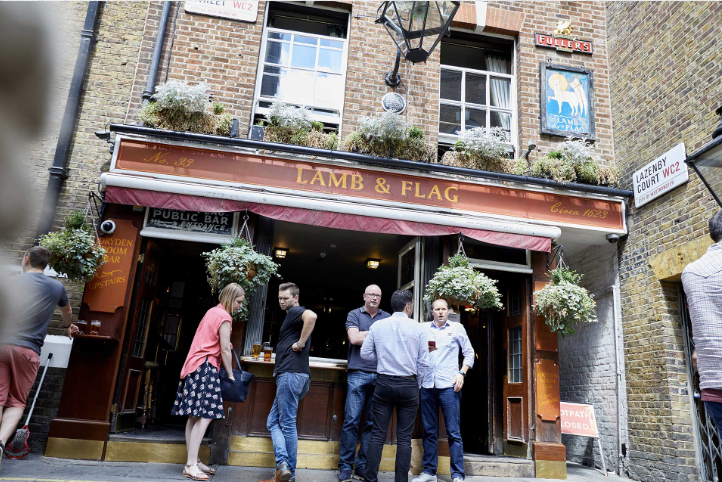 Though it's hard to believe, Covent Garden was once a rough a tumble neighbourhood and at the centre of the debauchery was this pub. Founded in 1772 as the Cooper Arms, the pub hosted regular bare-knuckle prize fights in the early 19th century, giving it the glorious-sounding nickname, the “Bucket of Blood". All forms of violence are commemorated here, for instance, a plaque notes that the poet John Dryden was murdered in a nearby alley in 1679. In 1833, it became the Lamb & Flag and was one of Charles Dickens' favourite haunts in the 19th century. 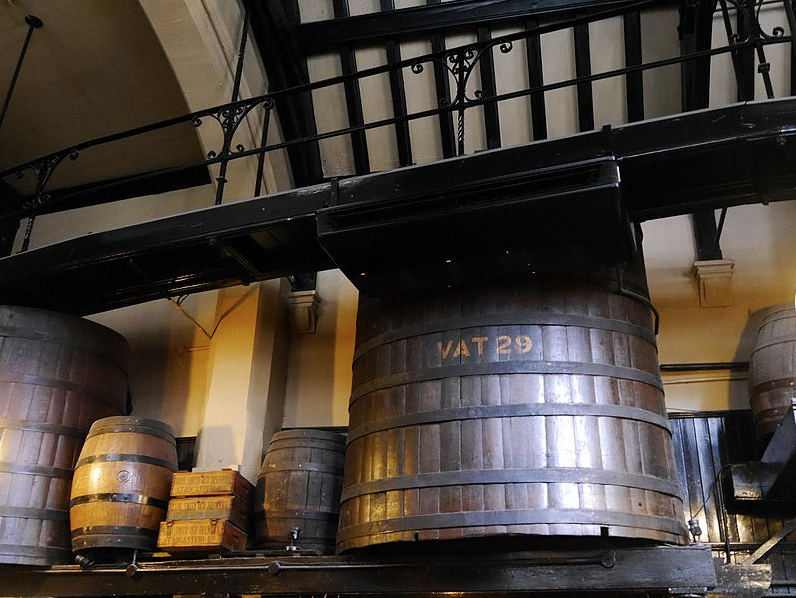 This pub's quirky spelling should be enough to lure you in, and if not, the cheap Samuel Smith beers should do it. A pub has existed in this building since Medieval times, around the 1430s, and for a while in the 17th century, it was a coffee house – as was fashionable of the times. The current structure was built in the 1920s and incorporates parts of the original Medieval infrastructure. Inside is a grand dark-wood interior, a long bar, a great hall and more seating in the basement level. The Welsh Poet Dylan Thomas loved the bar so much it's said that he wrote a poem about it. 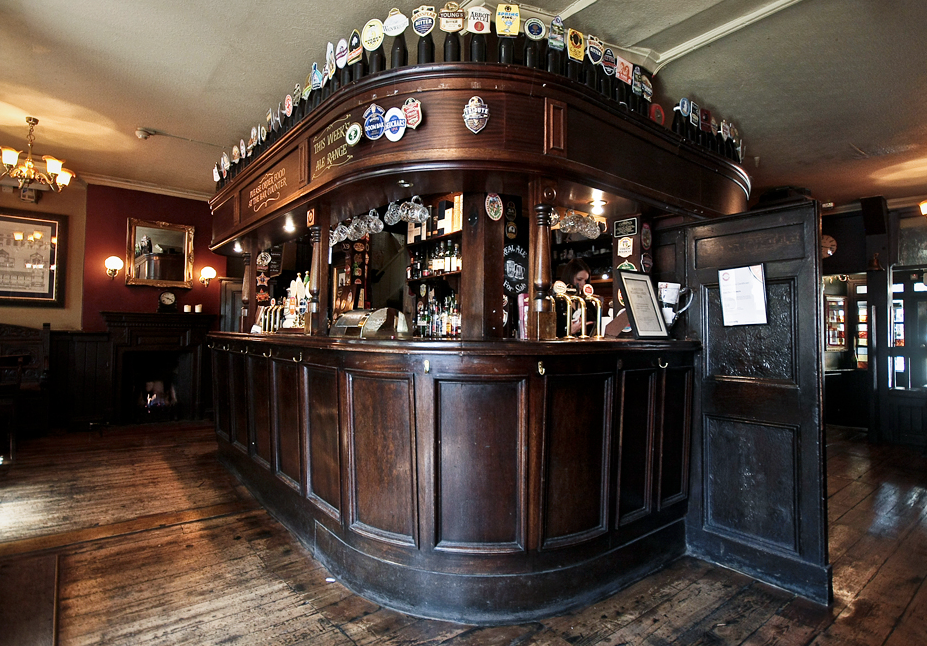 This pub was built by astronomer Christopher Wren to house his masons who were working on rebuilding St Bride's Church after the Great Fire. Some of the city's first printing presses also operated around the area and supposedly, newspaper reporters wrote stories here while downing pints. The sturdy building survived the Blitz from 1940-41 and business is strong as ever today. There's a wonderful selection of ales and lagers, as well as gin – unsurprising as the City of London Distillery is just across the road. 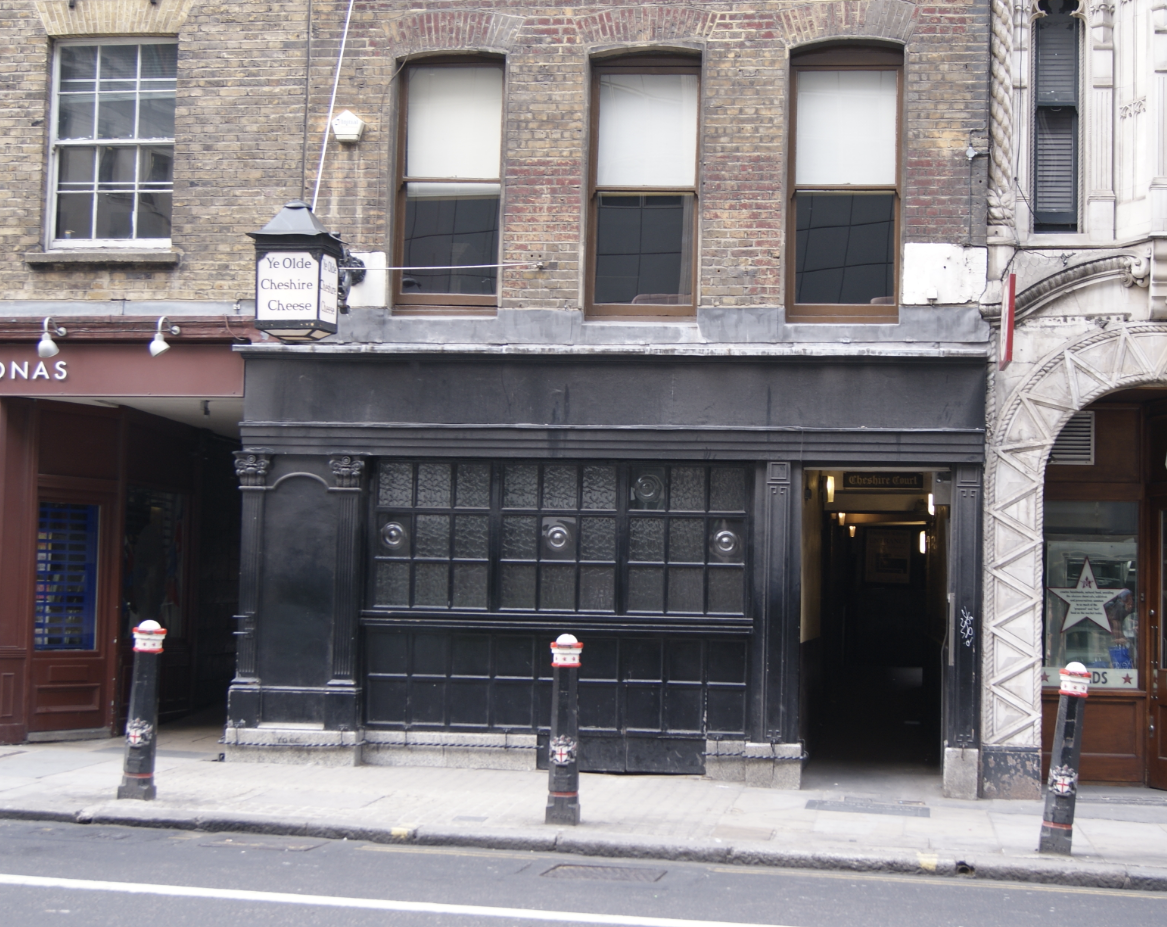 All great London pubs have a literary connection and Ye Olde Cheshire Cheese is no different. Just a four-minute walk from The Olde Bell Tavern, it was another favourite haunt of Charles Dickens – and Sir Arthur Conan Doyle and American Mark Twain. The pub entrance is on a narrow alley – and inside unravels into a series of cellars and chambers, a spooky yet charming design feature left from its days as a monastery in the 13th century. The pub has existed since the 1530s but was rebuilt in 1667, after the Great Fire. 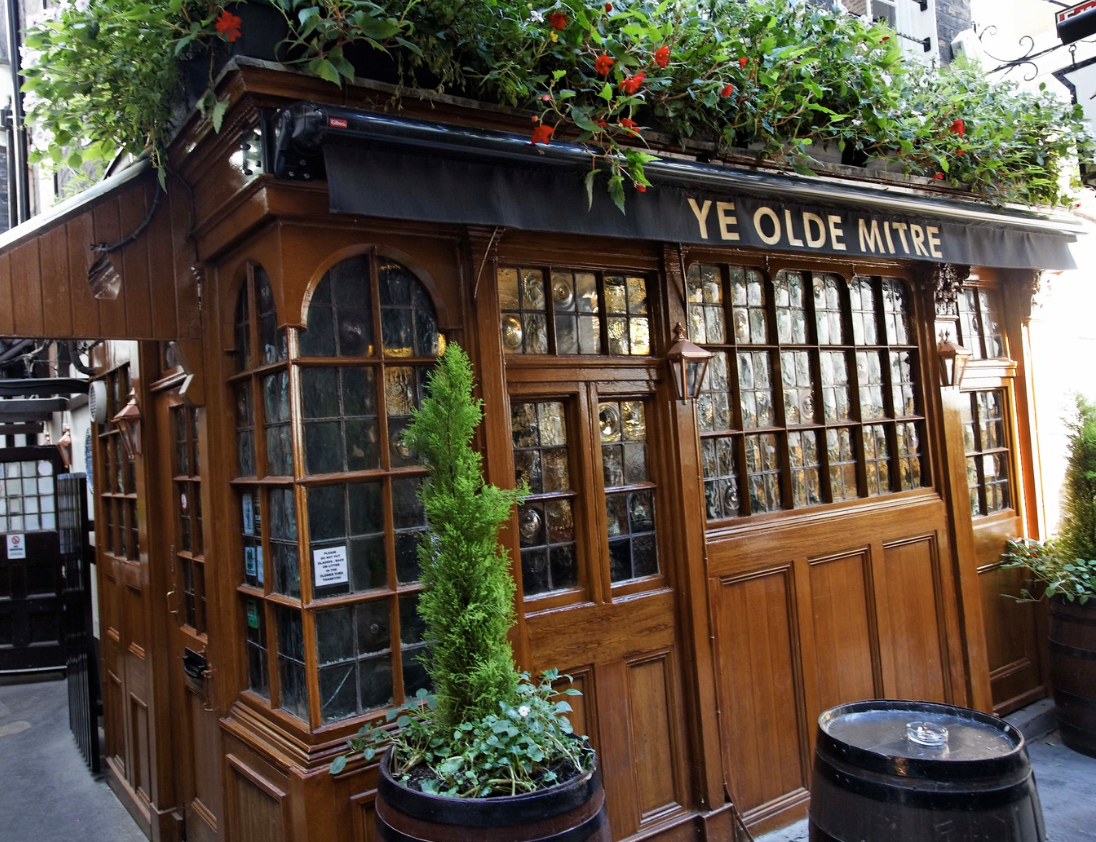 This renovated Tudor-style pub founded in 1546 in Holborn's Hatton Garden is a little hard to find as arriving there involves traversing a narrow passageway in the garden. The pub is near where the Scottish knight William Wallace was hung in 1305 but Ye Olde Mitre is known for a cheerier event. Supporting the pub is a cherry tree where Queen Elizabeth I once danced with Sir Christopher Hatton. There's a fine selection of Real Ales on tap here, all of which pair well with pies and stews.

8. The Prospect of Whitby, Wapping 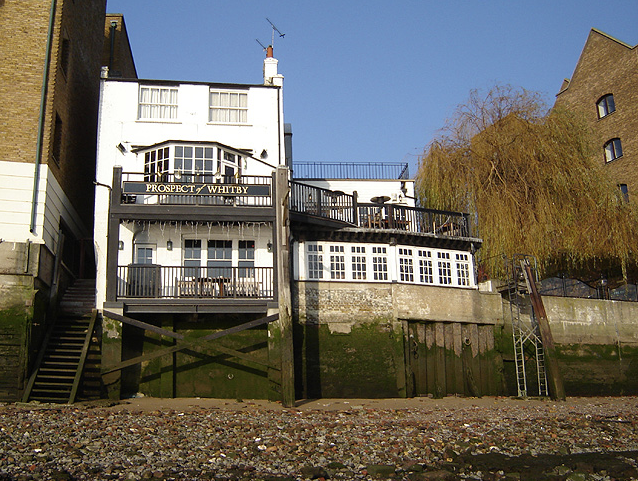 While riverside views have highbrow connotations today, this Wapping pub, was, for a long time, a gathering place of pirates, smugglers and thieves. Founded in the 1520s, it was known as The Pelican but quickly earned the nickname “The Devil's Tavern". When boats docked at the River Thames, thieves would quickly loot them, using the pub as their base. The stone floor remains from that era though the pub is more chic and less scruff today and serves a wide range of craft beers and gin. 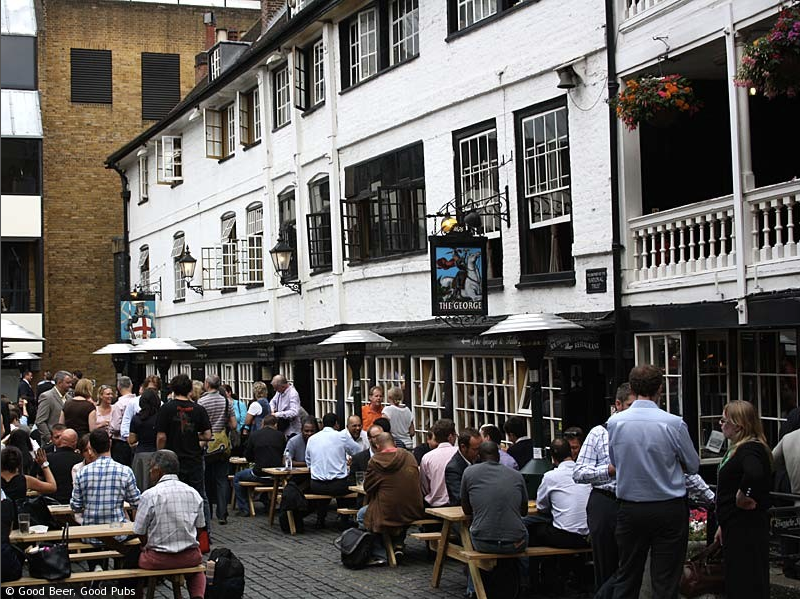 Look out for the ghost of Mrs Murray, the landlady of the inn during the advent of trains, an invention that was devastating for the coaching inn business. Re-built after the Great Fire, The George provided rest and food for travellers and horses before the railway was built. It was also yet another one of Charles Dicken's go-to pubs. While many such inns were destroyed during the bombings of World War II, The George survived and is the only remaining galleried inn in London. Today, it's owned by the National Trust and guestrooms have been converted into a restaurant. 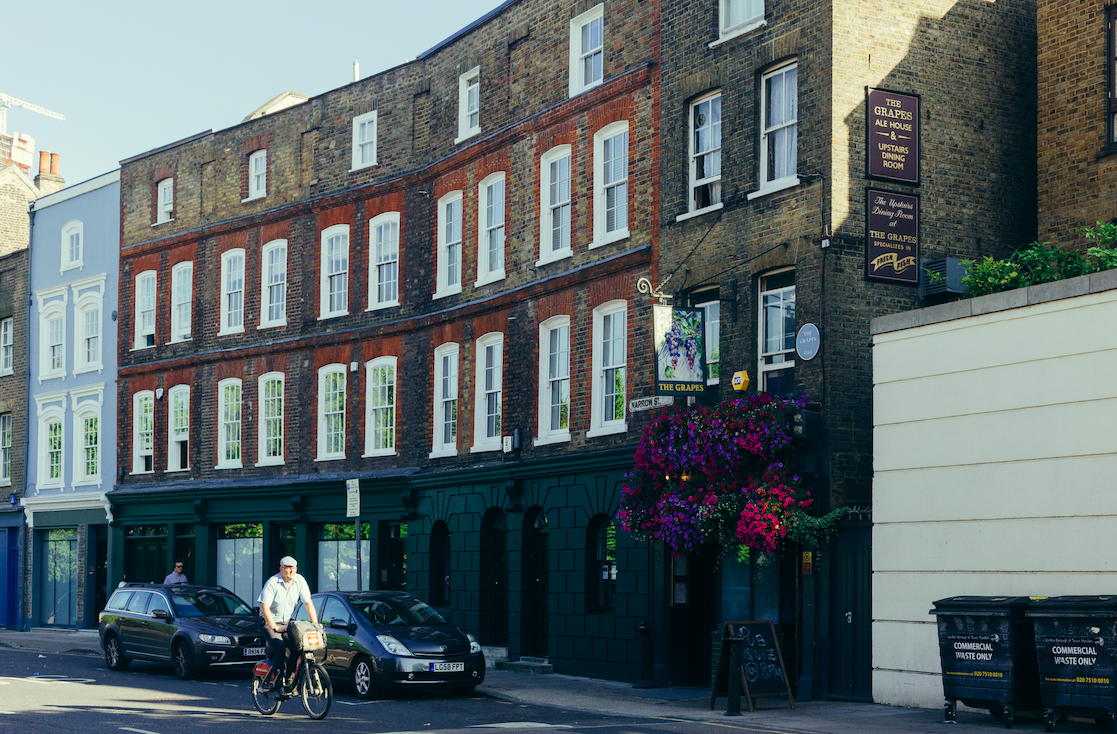 A riverside pub serving Real Ales, The Grapes drew much wrath in late 2018 when its part-owner, the actor Ian McKellen announced that the pub would be turning away regulars in an effort to attract more tourists. It wasn't always so uppity at The Grapes. A pub has existed on-site since 1583 though the current building is from the 1720s. Its location on the River Thames means that patrons had a front-row seat to merchant ships that docked by the riverbank and unpacked goods during the heyday of the British Empire. Later on, the area around the pub inspired Oscar Wilde's The Picture of Dorian Gray.