Europe promises the perfect base to explore fascinating history, captivating architecture and an eclectic mix of art and music both old and new. Here we comprise our list of the Top city breaks for 2016: Budapest Of late the Hungarian capital has become increasingly popular with the party set eager to take advantage of the cheap beer and vibrant nightlife....

Europe promises the perfect base to explore fascinating history, captivating architecture and an eclectic mix of art and music both old and new. Here we comprise our list of the Top city breaks for 2016: 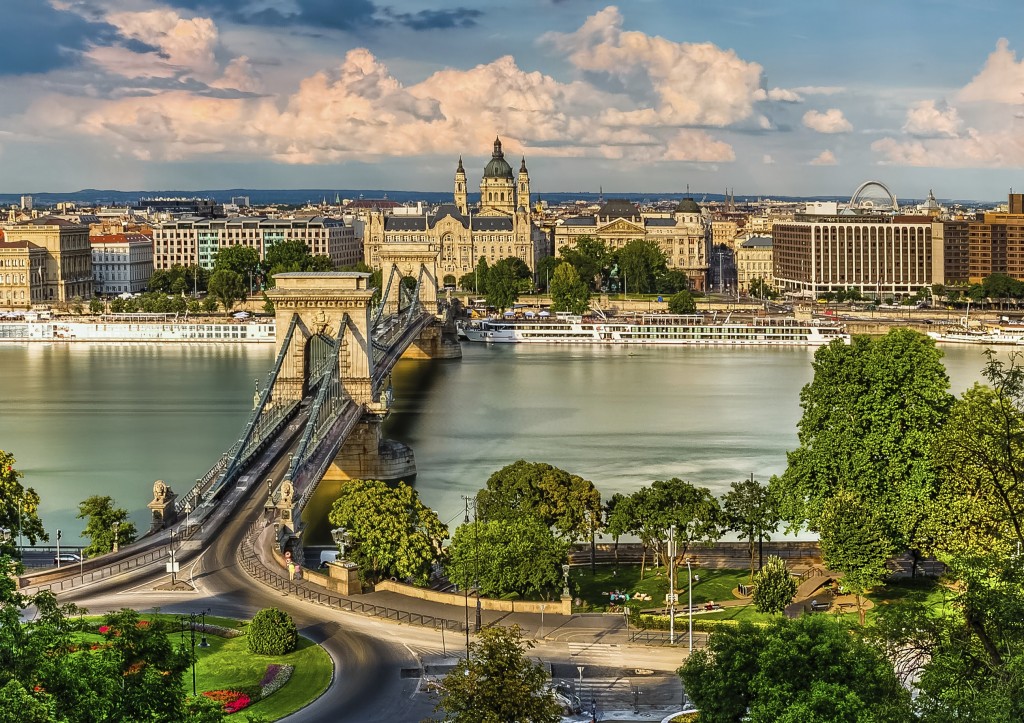 Of late the Hungarian capital has become increasingly popular with the party set eager to take advantage of the cheap beer and vibrant nightlife. Still, this has not seen Budapest lose any of its old-world charm. The visually striking and historically fascinating capital is split through the middle by the Danube River forming Buda and Pest. Buda and Pest, were until 1873 separate cities and to this day retain their own identities best characterised as ‘new’ and ‘old’ Budapest. The more reserved Buda is home to royal palaces, Ottoman-era spas and forested hills. Pest on the other hand reflects the country’s more energetic face, housing the atmospheric ruin pubs, fabulous art nouveau buildings and the celebrated Jewish quarter home to the biggest synagogue in Europe.

Do…Spend an afternoon or evening at the Széchenyi Baths and take a tour of historic Castle Hill.
Don’t…Eat too much goulash before it has had the chance to cool down! 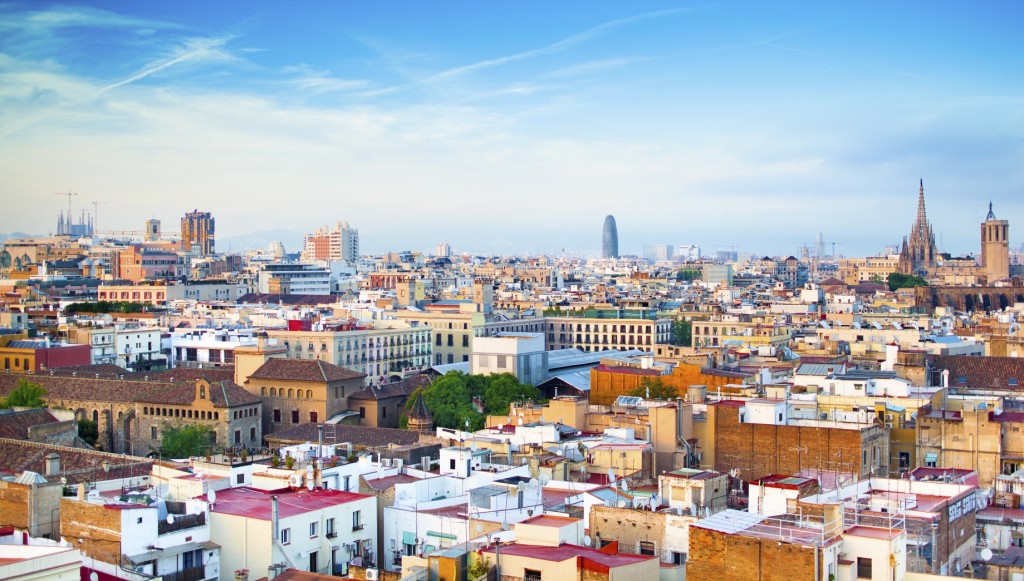 If there is one city in Europe that has it all, there would be a strong argument to proclaim it Barcelona. Home to 22 Michelin-starred restaurants, eating in this Catalonian city brings huge amounts of pleasure to the palate. Whether you are tucked away at a tapas bar in the fabled old town or dining at one of the city’s seven beaches; the food in this city is of the best around. Pair this with months of sunshine, a striking mix of architectural styles, fascinating museums, cultural pursuits a plenty and a seemingly 24-hour party scene and you have the imitable Barcelona.

Do…Drop into the euro Cava bar Can Paixano and spend an afternoon exploring Park Güell.
Don’t…Take your eyes of your bag, this is a city notorious for its pickpockets. 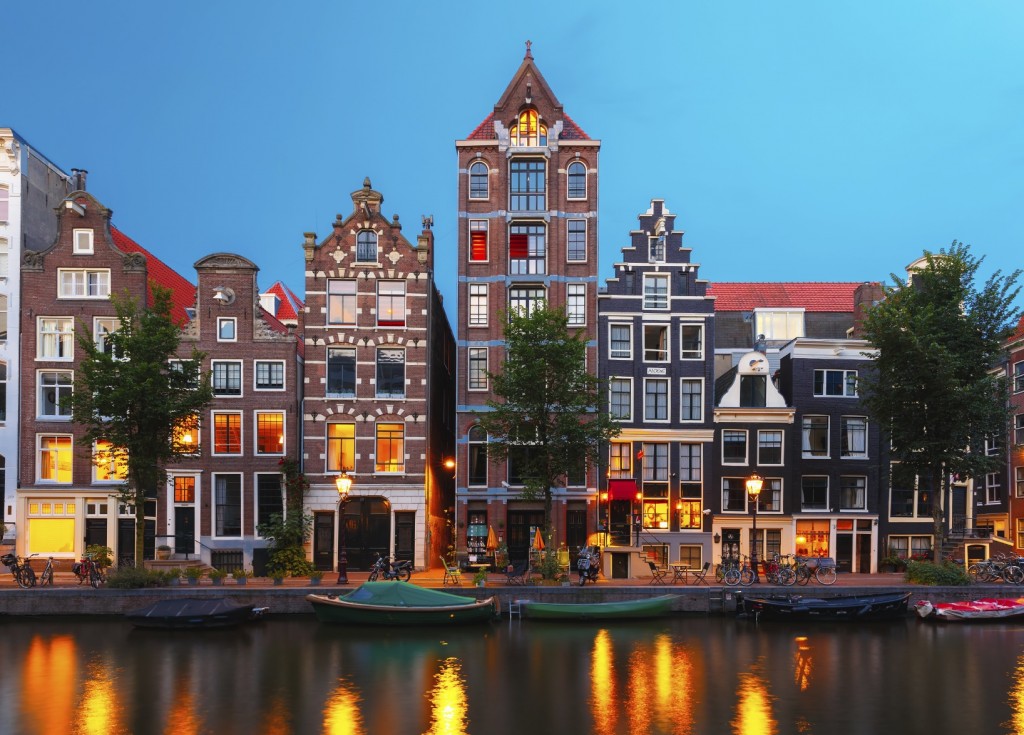 An international hub of travel, Amsterdam attracts people from all over the world eager to sample the many faces of “Europe’s most laid back city”. Here cobbled streets house 17th century buildings that meet with sleepy canals and decorative  bridges. This sits in stark contrast to the neon labyrinth and hazy hedonism of the infamous “De Wallen” red light district. The beauty of Amsterdam is that it is totally accessible with the vast majority of famous sites existing in close proximity to one another, whether this be the Van Gough Museum, Anne Frank’s house or the pulsating nightclubs. A major draw of this super relaxed capital is that it exudes the feel of a dynamic city without the logistical drawbacks that so often come with that.

Do…Visit the Museum Quarter home to the museum of modern art and the Van Gogh Museum. Rent a bike and get cycling.
Don’t….Walk on the bike paths! 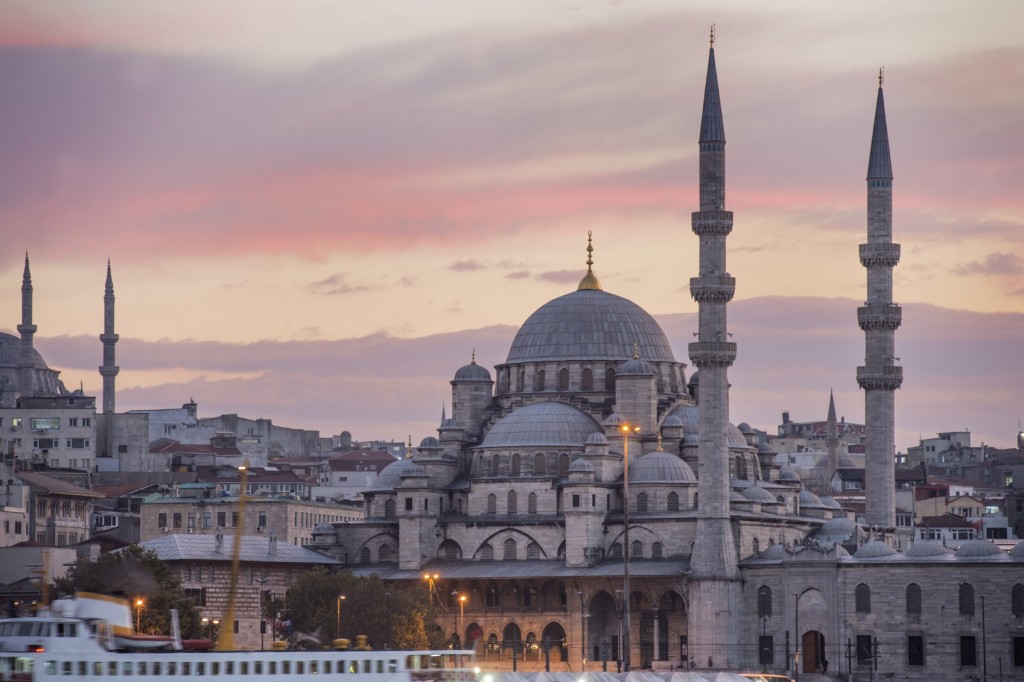 Straddling Asia and Europe Istanbul is where east meets west, quite literally. Split by the Bosporus Strait, the European side reflects a heady combination of shops, nightlife and trendy cafes while the Old City harks back to the cultural influences of the many empires that have ruled over former Constantinople. For those in search of an eye opening city escape, Istanbul promises culture in abundance, the best barbecued meats in all the land and great day escapes to the lesser frequented Princes islands, where the impossible traffic of the city is replaced by horse and carts and an altogether more chilled out pace.

Do…Eat a freshly caught Mackerel sandwich, drinks some Turkish tea, visit the oldest Hamman in the city and spend an afternoon shopping in the Grand Bazaar.
Don’t…Take a taxi without a metre, it will cost! 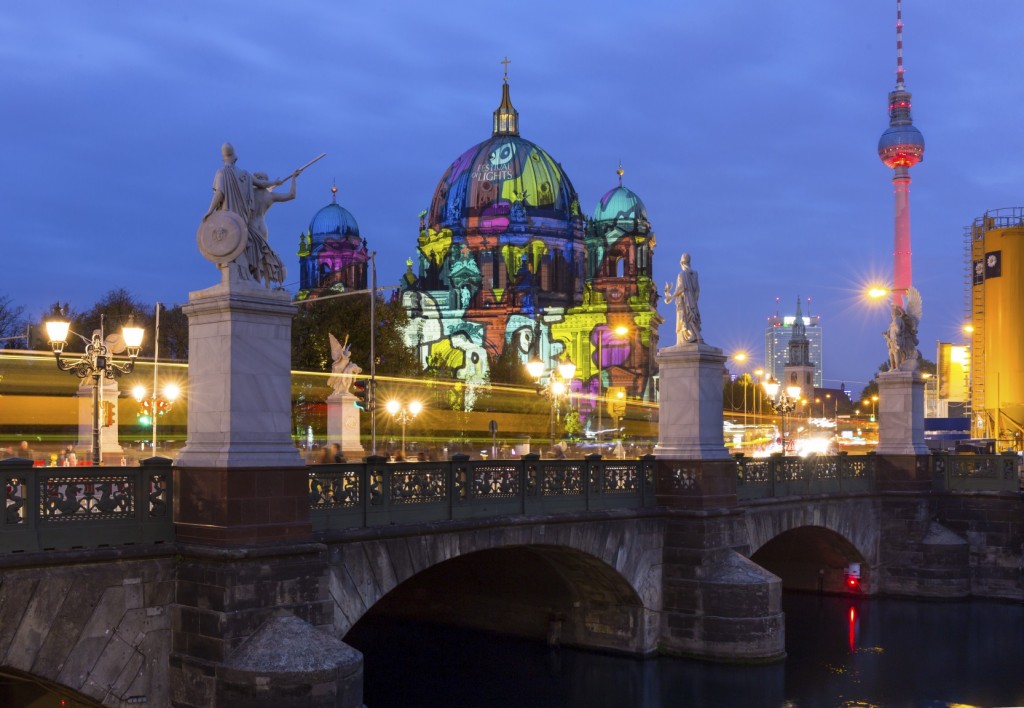 In recent years Berlin has taken on the title of Europe’s “Hedonistic Centre”, the place ravers descend upon for a weekend of unadulterated hedonism. The music of choice here, electro, can be enjoyed around the clock if that’s your tipple. The dynamic capital, something of a cultural trendsetter, is largely popular for its art scene, modern architecture, vibrant café culture and unpretentious attitude. It does of course have a complex history that is well explored through the various museums and monuments on show throughout the city.

Do….Walk the Berlin Wall and take a trip to Checkpoint Charlie, get a Photoautomaten selfie and a visit to the DDR Museum!
Don’t …Get too excited by the 24 hour nightlife and miss out on the fun day stuff. 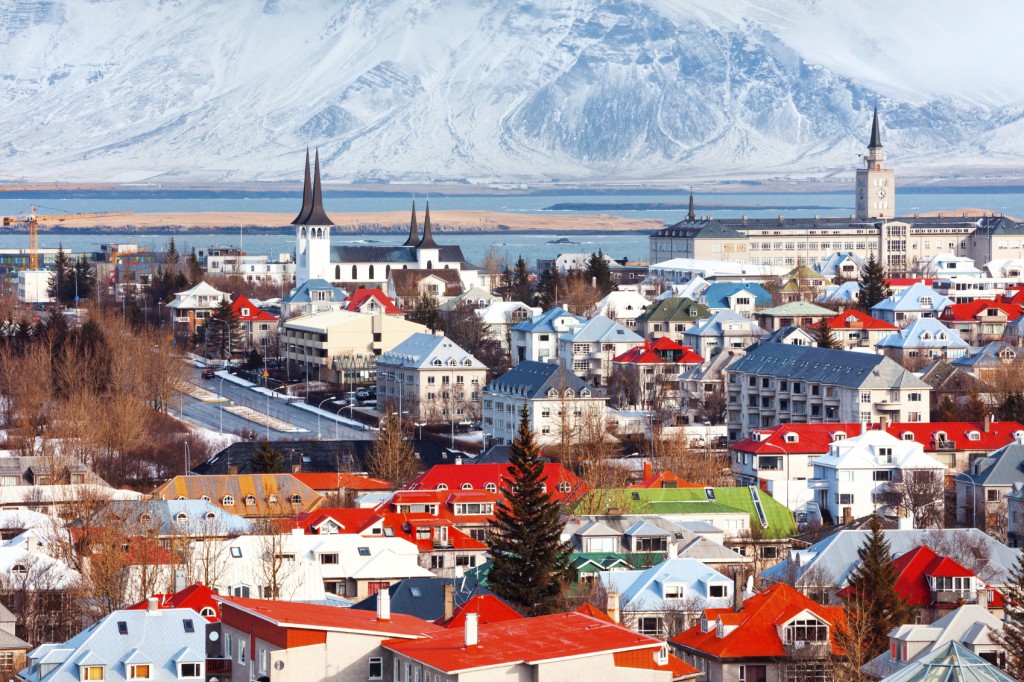 While this might not be the first place you think of when planning a city break, this coastal capital is a truly fun city. Renowned for its good humoured inhabitants, compact centre and late night bars; Reykjavik is fast becoming one of Europe’s most desirable city breaks. The centre of Reykjavik serves as an ideal base to explore the real draws to Iceland such as the Haukadalur Valley home to the largest and most famous Geysers in the country. As well as this no trip to Iceland would be complete without a Blue Lagoon geothermal spa experience.

Do…Get out of Reykjavik; venture out into the countryside and beyond.
Don’t…
Write off the Icelandic cuisine before you’ve tried it! 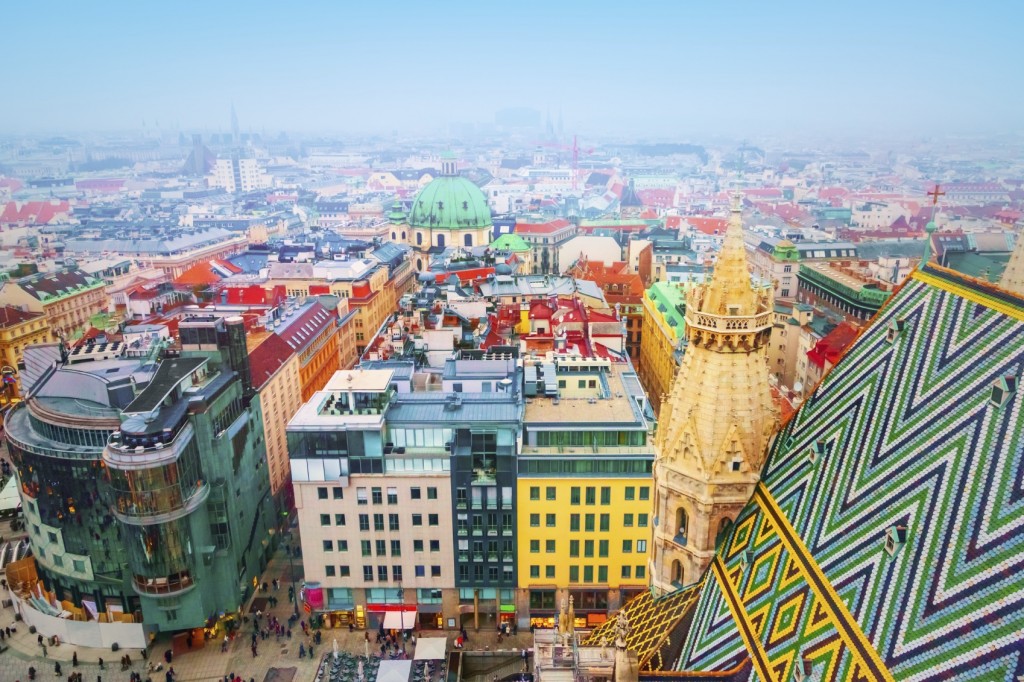 Renowned for its powerful operas, eclectic art scene and as the breeding ground of cultural influencers like Sigmund Freud and Mozart; those looking for a cultural weekend escape need look no further than Vienna. The Austrian capital boasts an array of beer bars and restaurants from traditional family ran eateries and elegant bistros to Michelin-starred restaurants. Be sure to head down to Naschmarkt the weekend flea market in search of a bargain, drop into Sigmund Freud’s office and it would certainly be a trip wasted if there wasn’t some classical music involved!

Do…Indulge in some old world glamour and spend an evening at the Opera followed by a meal in one of the city’s many exquisite eateries.

Don’t …Forget your table manners or to look people in the eye when shaking their hand, it’s considered to be rude! 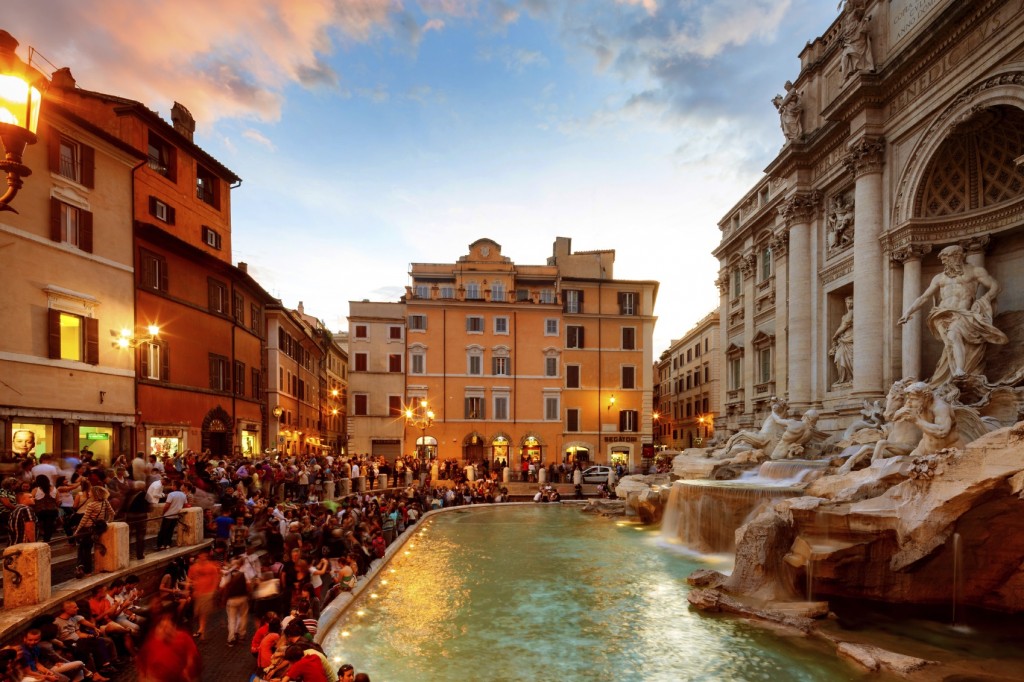 Rome boasts an unrivalled cultural heritage dating back over 3,000 years. The city eats, sleeps and breaths a legacy so rich it is difficult to explore it with your mouth closed. The awe-inspiring Italian capital is bursting with treasures, peppered around the medieval plazas artistic and architectural masterpieces await. The perfect Roman holiday combines site seeing with a healthy dose of relaxation; extended lunches, good conversation and a glass of Chianti, or two.

Do…Eat as much gelato as is humanly possible, have a Spaghetti carbonara, take a Vespa tour of the city.
Don’t…Throw coins into every fountain you see, this tradition only applies to the Trevi Fountain.

Struggling to decide where your next trip will be? Find your dream holiday destination with our inspirational WHERE NEXT FINDER.
It’s as simple as adjusting the sliders and discovering destinations worldwide tailored to your requirements. Go on, give it a go!