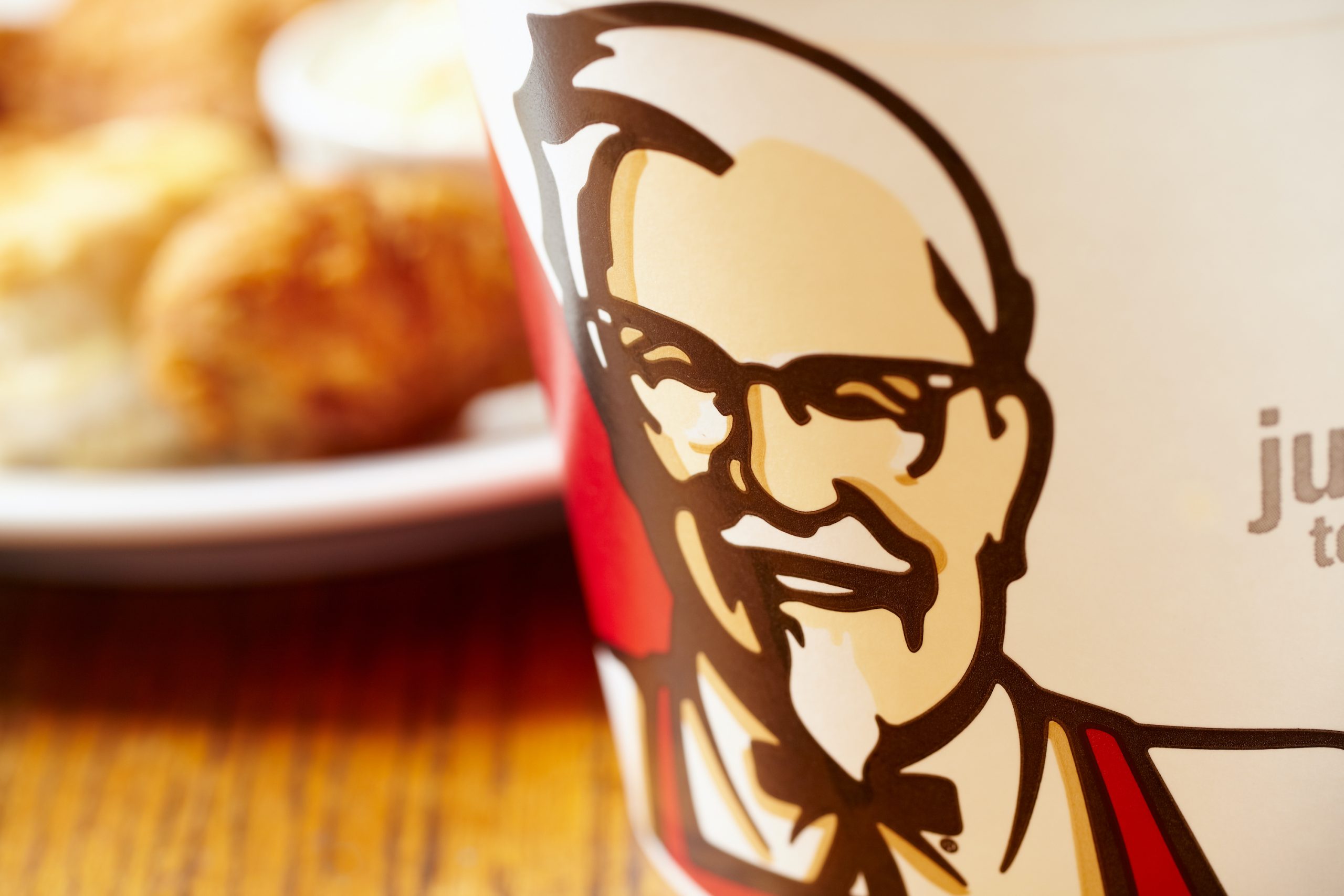 Kentucky Fried Chicken for Christmas? Why not! It started as a marketing gimmick in the 1970s to revive a dying business and has since grown into a much-loved tradition. When the first KFC opened in Japan, it wasn’t doing too well so the owner came up with an idea to decorate the store’s Colonel Sanders’ as “Santa-san” and promote Christmas-themed fried chicken party barrels to substitute for turkey. While other restaurants also serve fried chicken on Christmas, KFC is still most people’s top choice.

Consisting of 12 dishes to represent the 12 apostles, kūčios is the name for Christmas Eve dinner in Lithuania, a traditionally meat-less and dairy-free affair. The dish most associated with kūčios is kūčiukai or sweet pastries made from leavened dough and poppy seeds and rolled up into little nuggets. Other delights include kūčia, boiled cereal made with honey and dried fruit, herring salad, and, of course, poppy seed milk.

This delightful treat of corn dough, meat and vegetables wrapped in banana leaf supposedly dates back to pre-historic times and survived Mayan and Aztec civilizations, which is a true testament of its tastiness. In Costa Rica, tamales are traditionally eaten during Christmas time and though each family’s recipe differs, they usually include ground corn, pork, rice, peppers and carrots and are wrapped in a banana leaf that doubles as a plate. 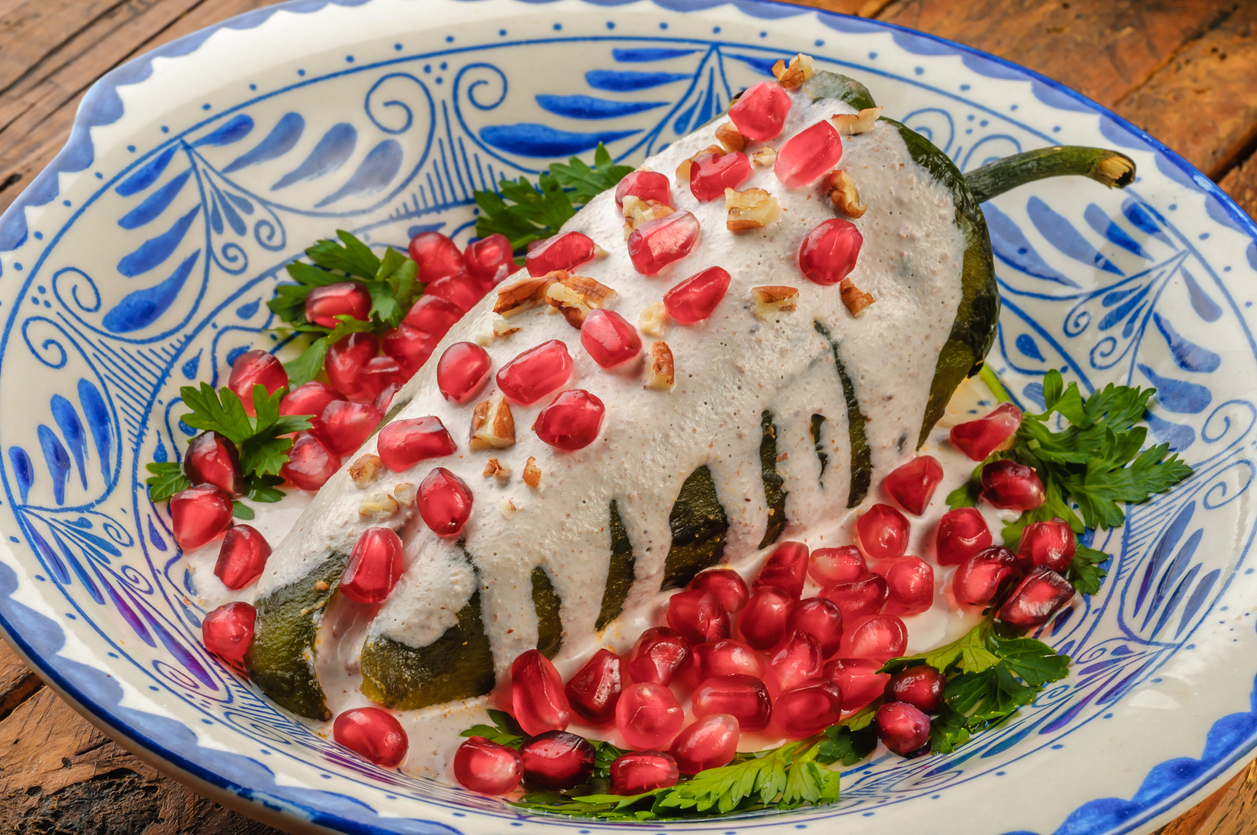 Stuffed green chili in creamy white walnut sauce topped with sprinkles of pomegranate seeds and parsley, it doesn’t get more festive-looking than chiles en nogada. A combination of panochera apple and milk pear, spices and nuts, along with savoury meat is stuffed inside the chili. It’s said that nuns created this dish in the 19th century and it’s now a much-loved national dish that’s also eaten on Independence Day as it is on Christmas, as the red, green and white represent the colours on the Mexican flag, too. 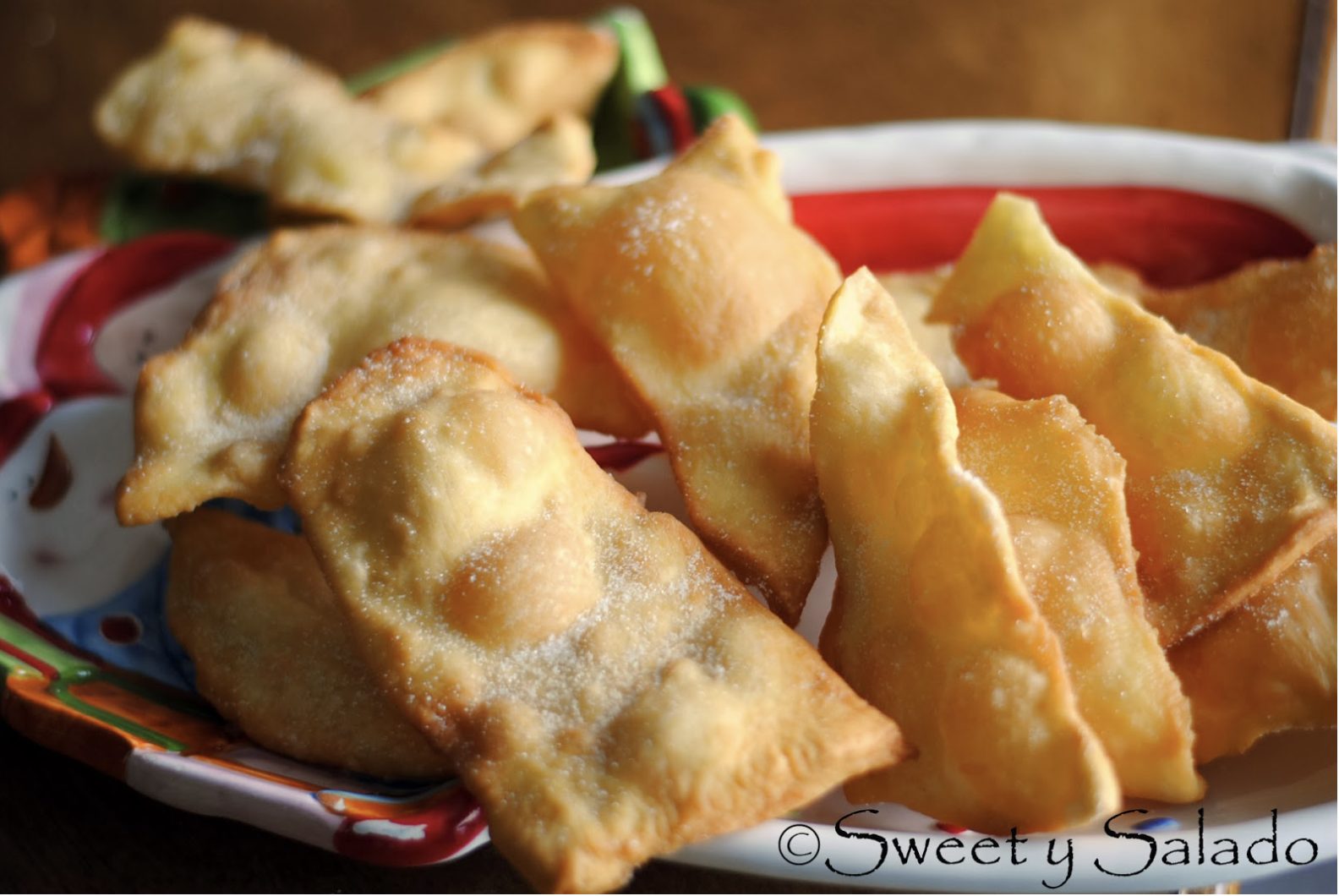 This sublime square-shaped sweet fried pastry is proof that dessert alone can be a meal. In Colombia, preparation starts nine days before Christmas, during which families gather to sing, pray and eat holiday treats and hojuelas is a must-have component of the Christmas Eve meal. The dough is normally made with eggs, wheat flour, water and orange juice then fried with vegetable oil and coated in a generous amount of sugar. 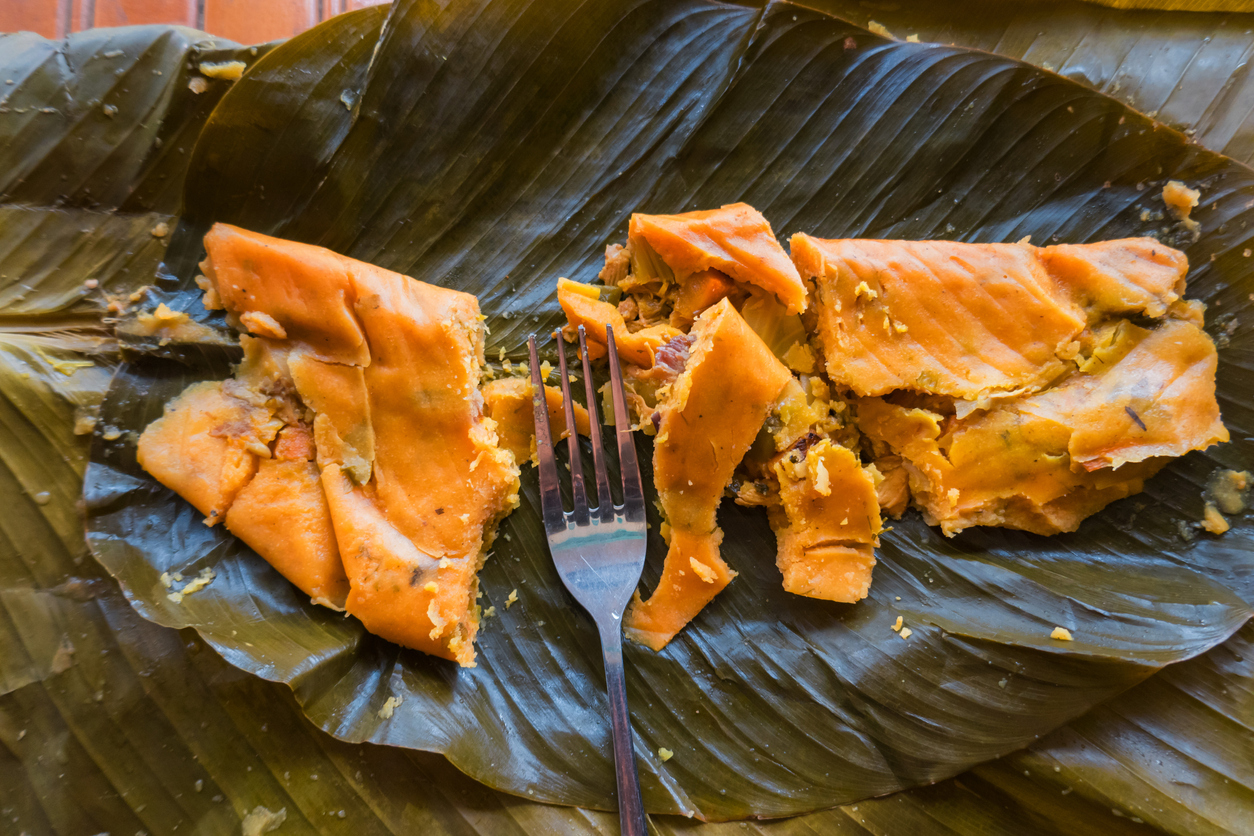 Corn dough stuffed with meat and wrapped and tied in banana leaf, hallaca looks enticingly simple, but preparing it is in fact a whole-day affair stretching from morning until dinner and one that involves the entire family. There’s rinsing and cutting the banana leaves, making achiote oil to provide a sweet, nutty flavour, preparing the filling which might include chicken, pork and vegetables, mixing the corn dough and adding raisins, olives capers, onions and pimentos, then assembling it all together.

Bûche de Noël is France’s answer to the yule log and a whimsical creation it is. This wonderful cake is made with multiple rolls of chocolate – or chestnut, caramel or other flavours – and whipped cream and brushed with coffee powder and sugar. Then comes the fun part, which is decorating it to look like a magical log in a forest. Little meringues are sculpted to appear like mushrooms and placed on or around the log, in addition to tiny edible Christmas trees, cottages, snowmen, reindeer antlers and pine cones. The possibilities are endless. 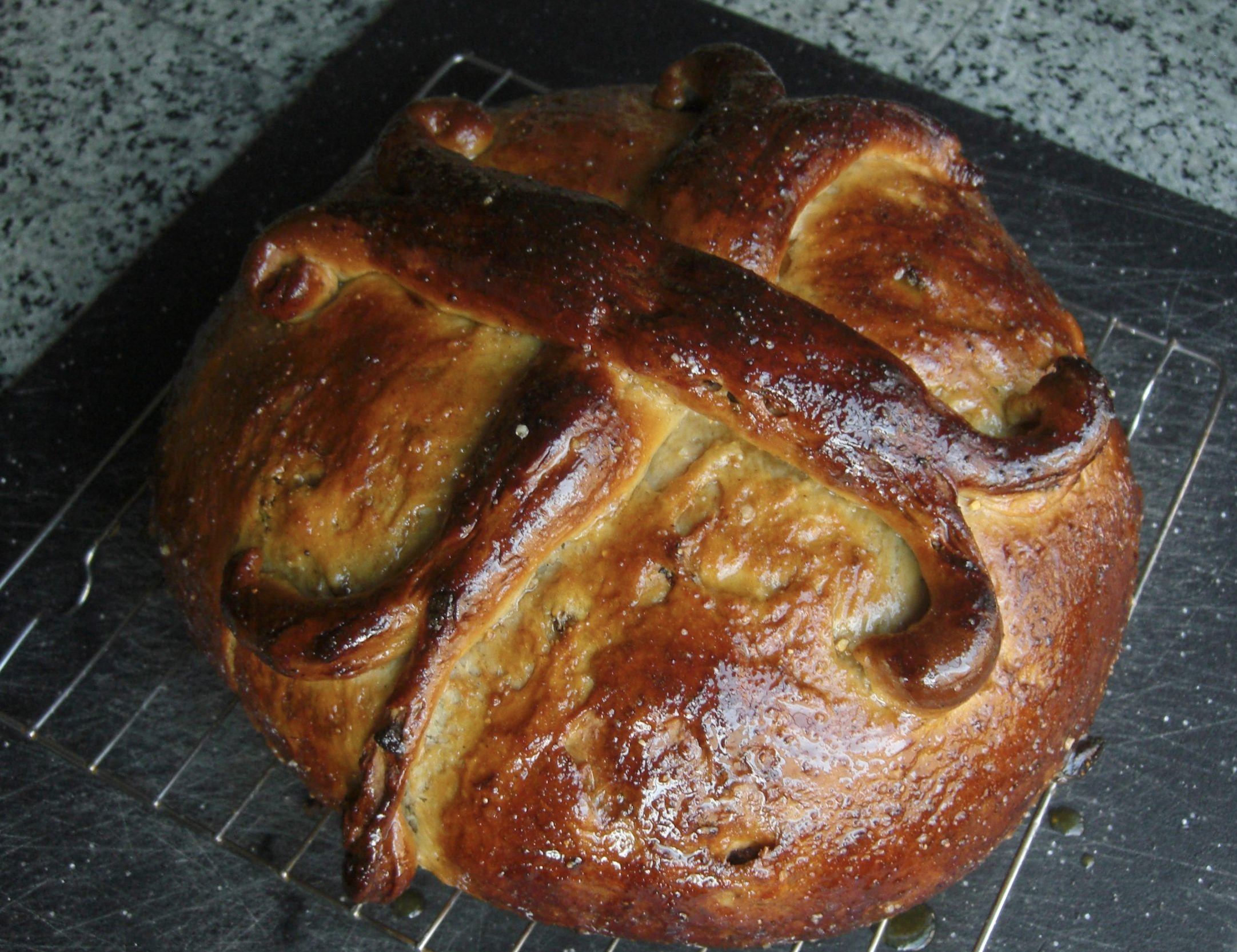 A sweet, fluffy and buttery delight, Christopsomo translates to “Christ bread” and it’s exactly that – a perfect loaf of bread made as an offering to Christ. To make that message clear, there’s always a cross or letter “X” kneaded on top of the loaf. Though recipes differ, the dough is usually made with flour, cinnamon and olive oil, and other festive ingredients such as cloves, walnuts and anise are added for decoration.

Australians love their barbie – barbecue – and Christmas day barbie is quite the extravaganza. Families will get together to grill on the beach, in a park or by their backyard pool in the sunshine since it’s summer after all. The star of the show is barbecued shrimp, or as actor Paul Hogan famously coined in the ’80s, “shrimp on the barbie”, with lemon for extra zest. Besides shrimp, there is sausage, pork, beef and sometimes even kangaroo – a real feast.

No Christmas is complete without mulled wine so rounding up the list is warm, spiced glühwein, a convenient beverage to drink both on the go and at home curled up with a book by a fireplace. The drink is thought to date back to the early 15th century and the German word means “glow wine” because back then, hot irons were used to heat red wine until it emitted a glow. What makes it pretty – and tasty – are the floating cinnamon, star anise, cloves and orange slices. 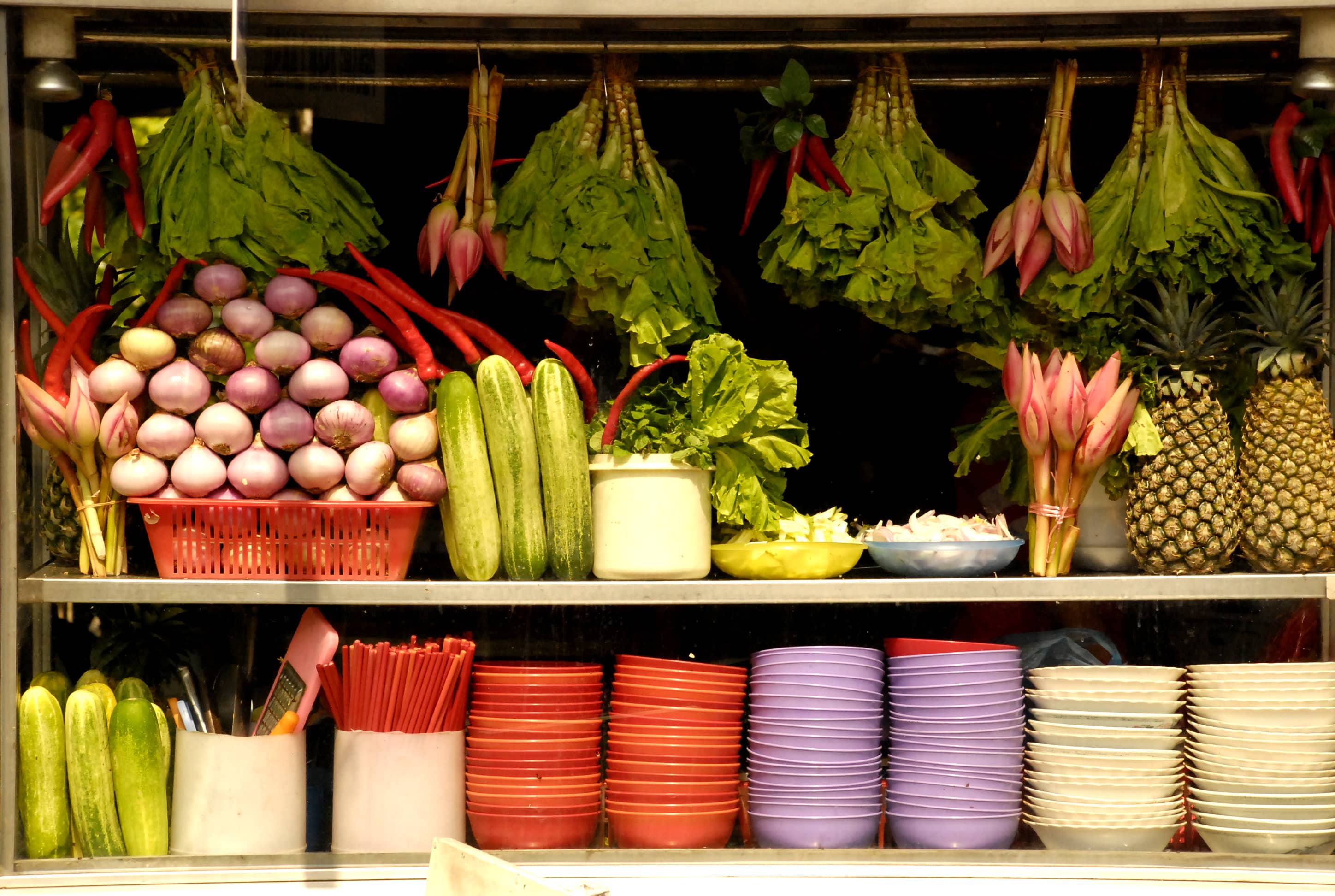 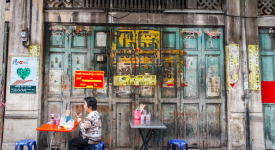 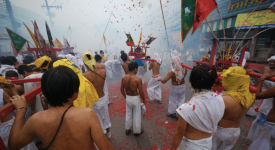 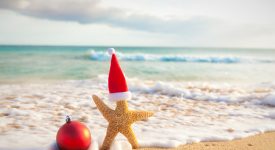