Note: All travel is subject to frequently changing governmental restrictions—please check government advisories before scheduling trips. A dip in the sea sounds glorious and we've all earned it. Whether you're dreaming of a simple ice cream on a pier or something wild and adventurous, these seaside towns – from the quiet, moody shores of Northumberland to the epic Welsh Coast backed...

A dip in the sea sounds glorious and we’ve all earned it. Whether you’re dreaming of a simple ice cream on a pier or something wild and adventurous, these seaside towns – from the quiet, moody shores of Northumberland to the epic Welsh Coast backed by the peaks of Snowdonia – are calling. 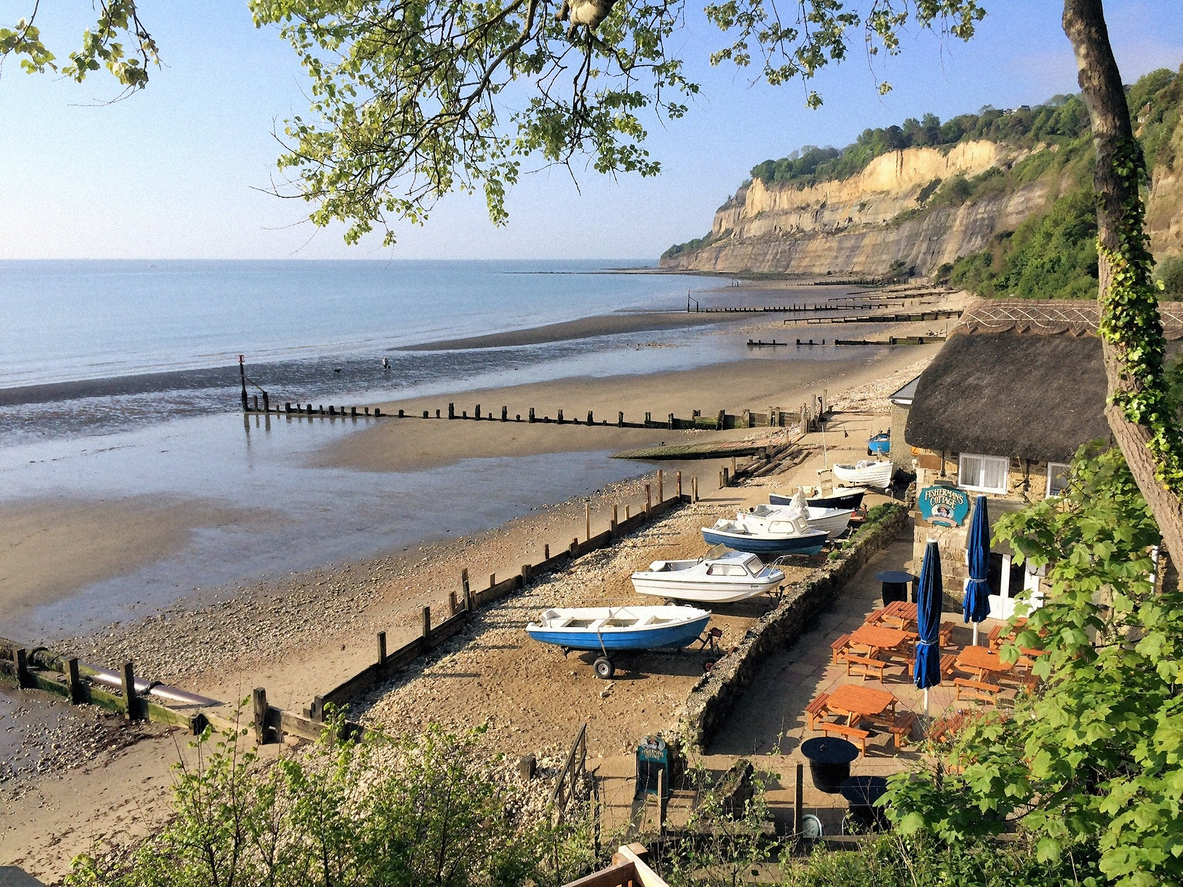 Known to have many sunny days in summer, Shanklin is a delightfully quaint village with thatched roof homes converted into guesthouses, pubs and tearooms. There’s Hope Beach, with an esplanade, arcade and golf course, and down the cliffs, colourful bathing boxes surround Small Hope Beach, where the waters are calm and good for swimming. Don’t forget Shanklin Chine, an ancient and densely thicketed ravine covered in moss and ferns with a waterfall that runs to the sea. The chine was used for smuggling in the 18th century and its wild beauty has also inspired artists and writers over the centuries.

Find properties on the Isle of Wight 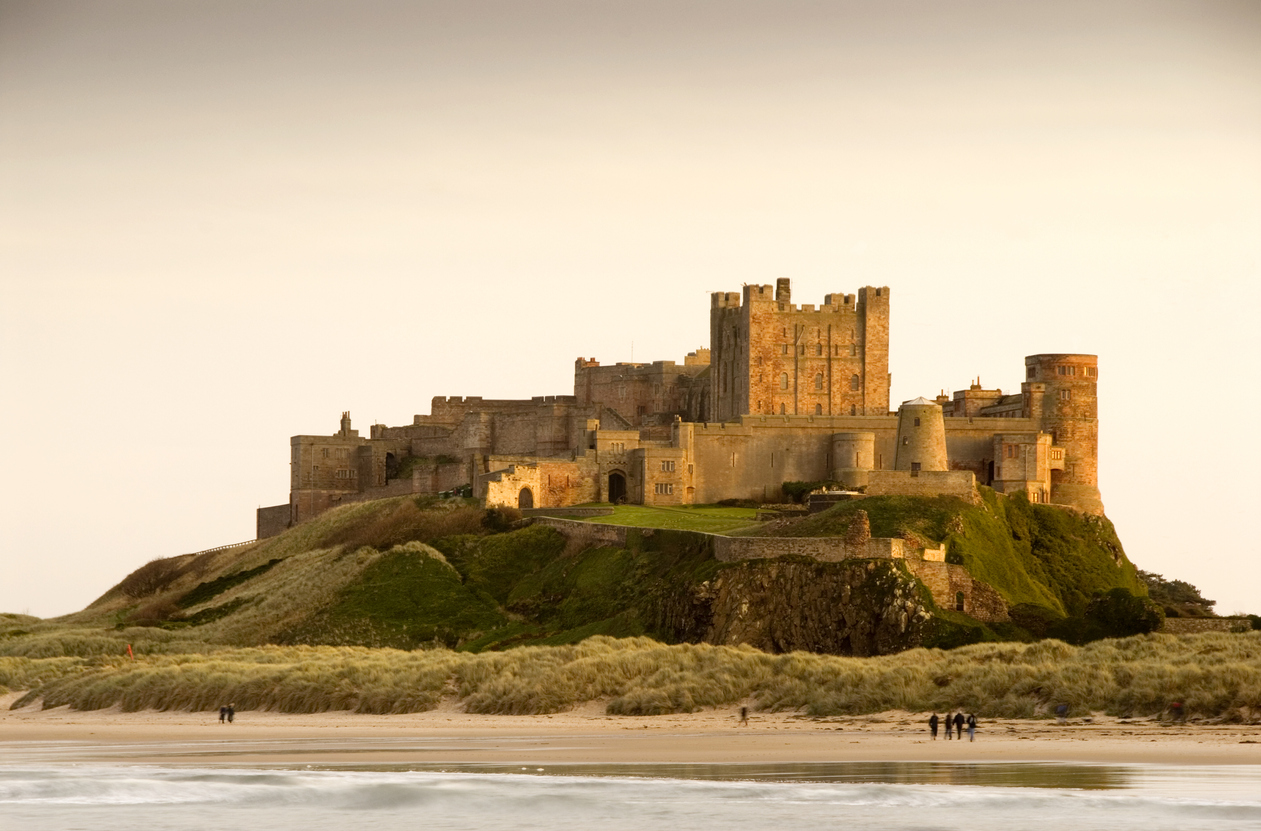 Bamburgh is synonymous with Bamburgh Castle but the dune-backed coastline also makes for a quiet seaside escape. Fringed with tall grass, the golden stretch of sand is perfect for long walks and bird-watching. There might even be a seal spotting as this area of Northumberland is home to a large population of seals. Walk an hour on the coast from Bamburgh to Seahouses, where a bustling harbour and colourful boats await. 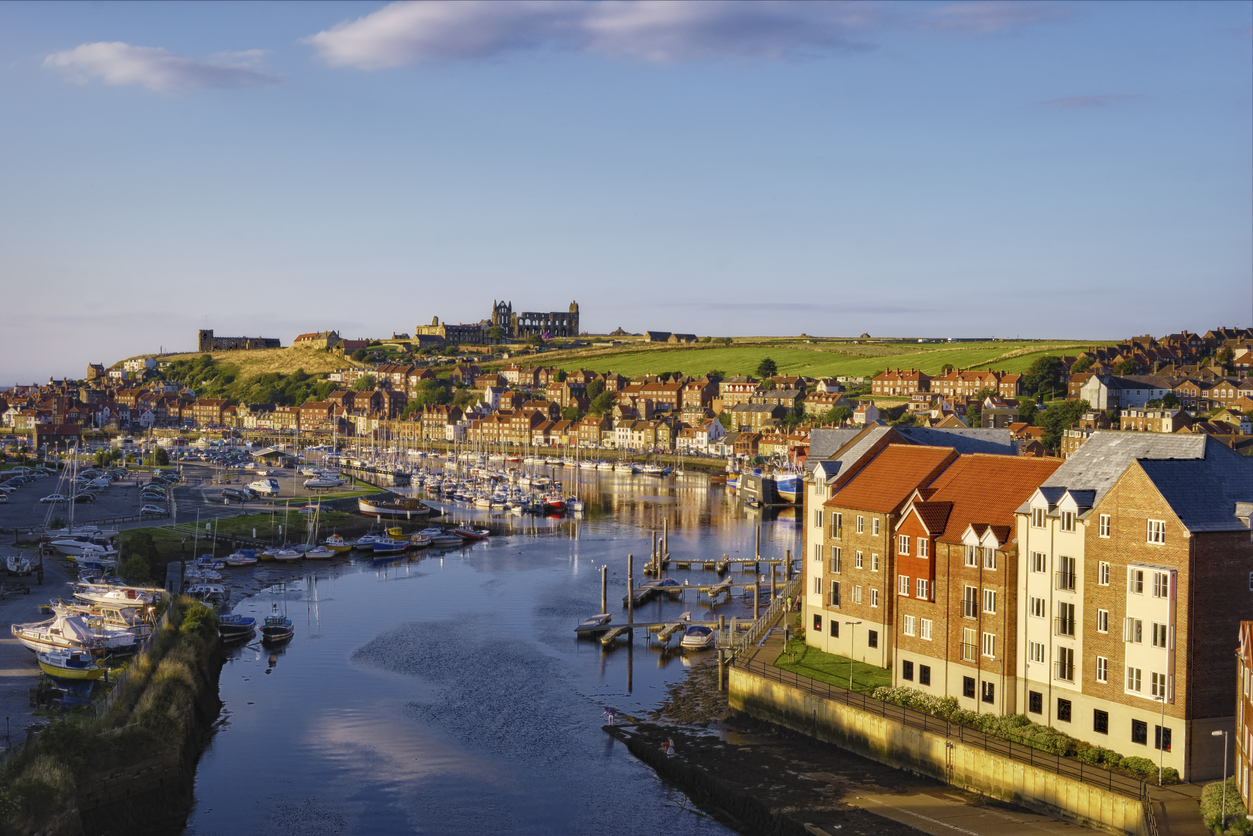 With its colourful houses, fish ‘n’ chips shops, pier and lighthouse, Whitby is the quintessential English seaside experience. The town rests on North Yorkshire’s Jurassic Coast, its cliffs millions of years old and a treasure trove of fossils. Captain James Cook set sail from Whitby on the HMS Endeavour in 1768. Centuries later, Bram Stoker, whilst sitting atop East Cliff and looking at the ruins of Whitby Abbey and the windswept harbour, found inspiration for Dracula’s landing in England. 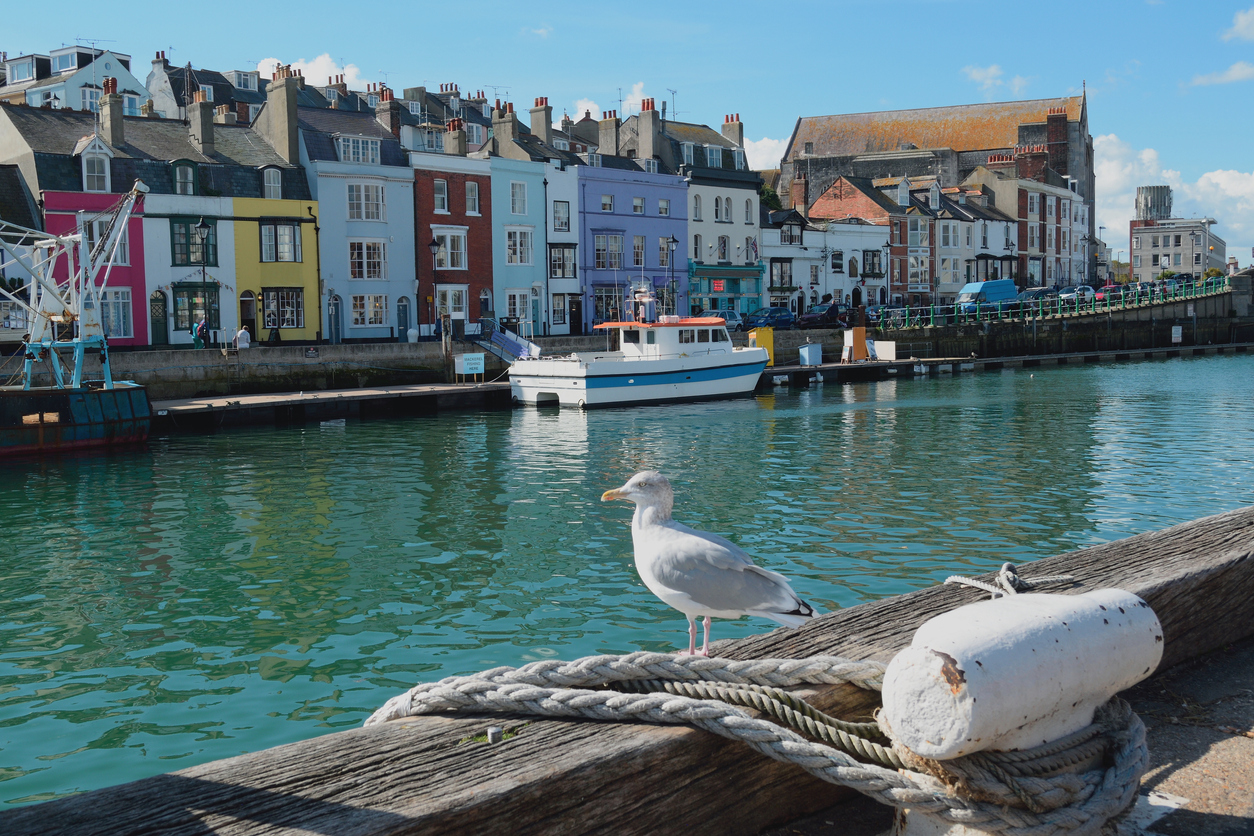 The seaside town was made famous by King George III, a frequent visitor to the area in the late 1700s. George III believed in the health benefits of bathing in the sea, a past-time that remains popular today. The calm turquoise bay is indeed wonderful for taking a dip. Reward yourself with a beer from one of the quayside pubs, and in July, there’s the Dorset Seafood Festival where vendors sell lobster, fishcakes and other delicacies straight from the coast. 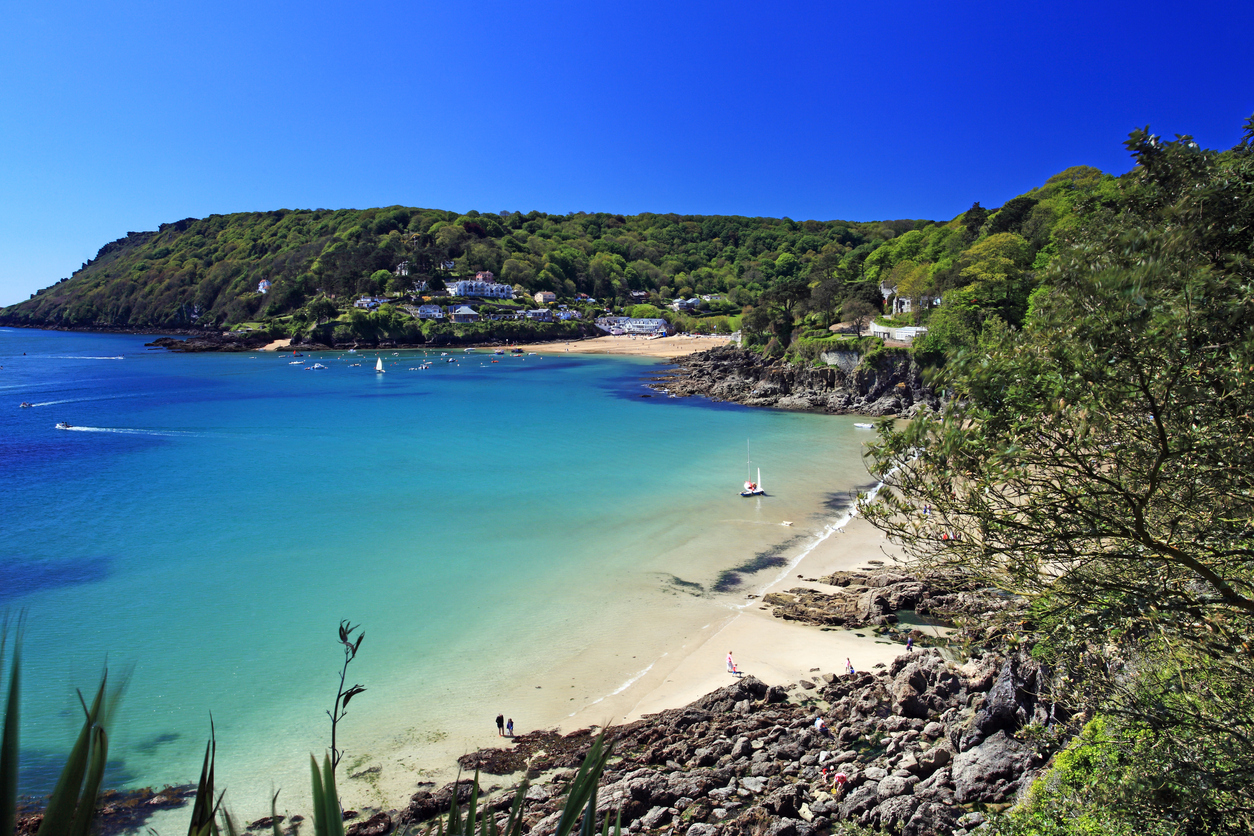 In summertime, Salcombe has a vague Mediterranean air, and perhaps it’s the cruising yachts and sprawling pastel-coloured homes perched on hills that make it one of the UK’s posher seaside towns. The meandering estuary is full of coves with soft white sand and brilliant blue waters to choose from. This is also an ideal place for kayaking and paddleboarding. Food and drink choices are bountiful too – The Crab Shed serves crab caught straight from Salcombe’s shores and Salcombe Gin Distillery offers tours and lessons for visitors to make their own gin. 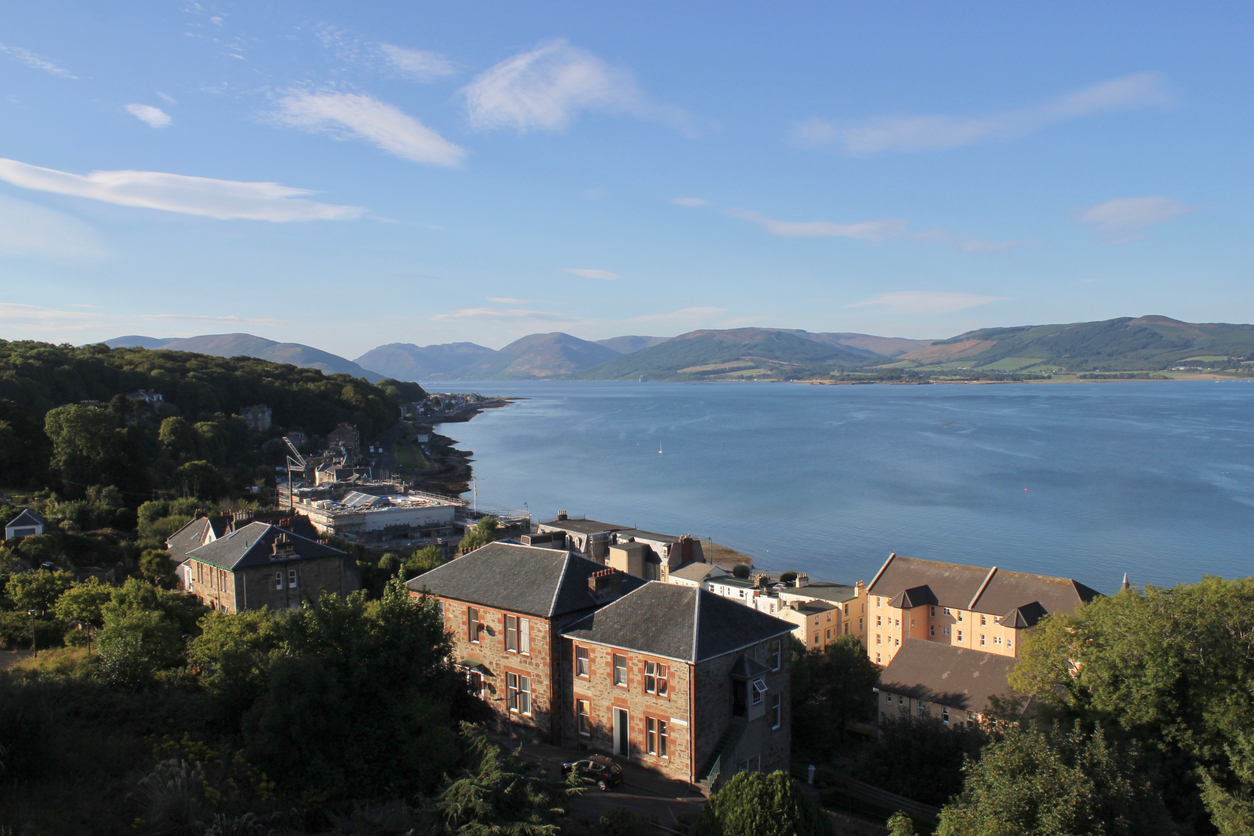 This sleepy seaside town normally home to less than 5,000 inhabitants swells during the warmer months when ferries bring in visitors from Glasgow. A popular seaside escape since the Victorian era, there’s plenty of space to sunbathe or stroll along Rothesay Bay, so it never gets too crowded. The town is anchored by a 1920s esplanade with its well-manicured gardens and an impressive floral arrangement. 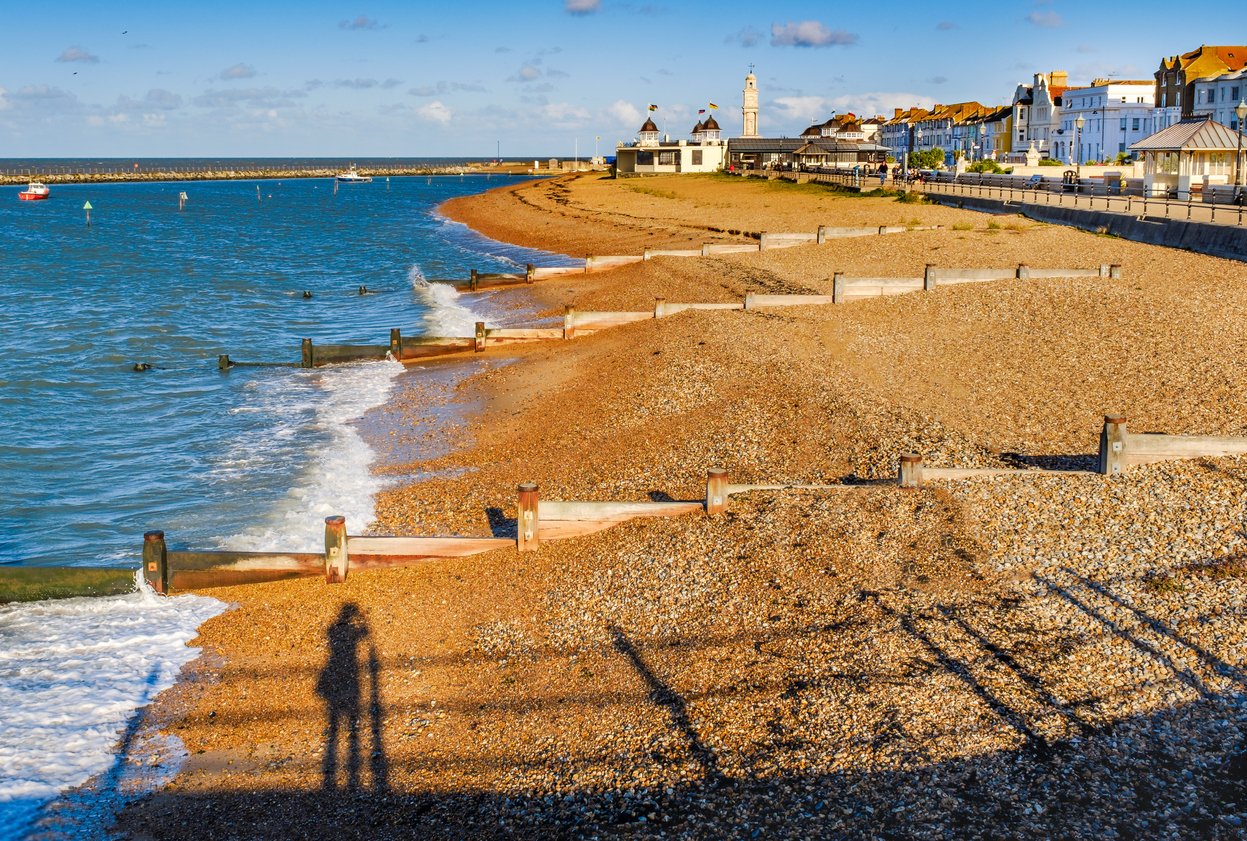 With a shingle-strewn beach, lapping blue waters, and a pier and clocktower, Herne Bay is in many ways the classic English seaside town, unpretentious and satisfying. Also like many seaside towns, it has a tumultuous history. During World War II, parts of the pier were encased in barbed wire and other parts were removed to prevent enemy soldiers from reaching the mainland. These days, visitors come for sailing and windsurfing, if not for the fish ‘n’ chips shops and ice cream parlours. 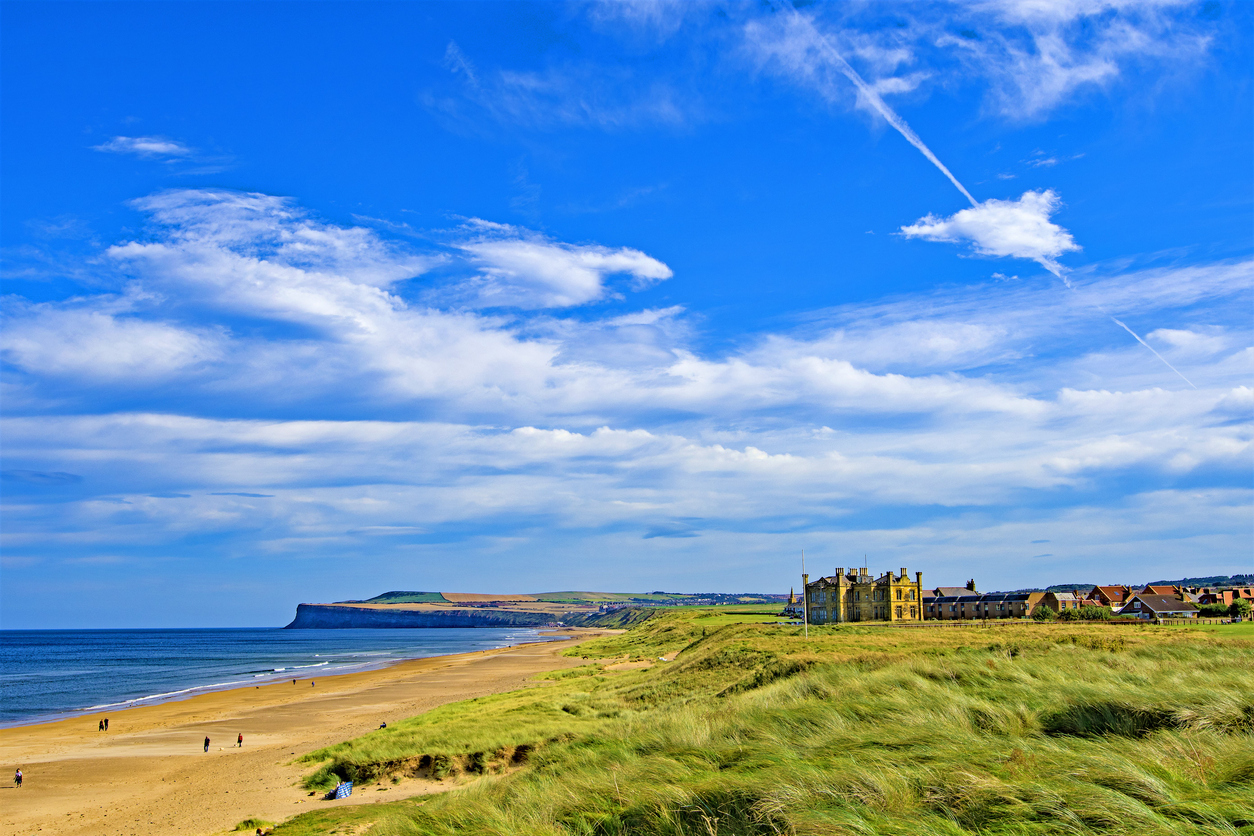 The sand and shingle beach on the North Yorkshire coast has attracted many holidaymakers since Victorian times. The town rapidly developed during the Industrial Revolution and the tram which connects the pier to the town, cutting through steep rugged cliffs, is one of the oldest running funiculars in the UK. Nowadays, it’s all about the surf and seafood in Saltburn. The Seaview Restaurant, for instance, serves halibut, sea bass and monkfish right by the beach. 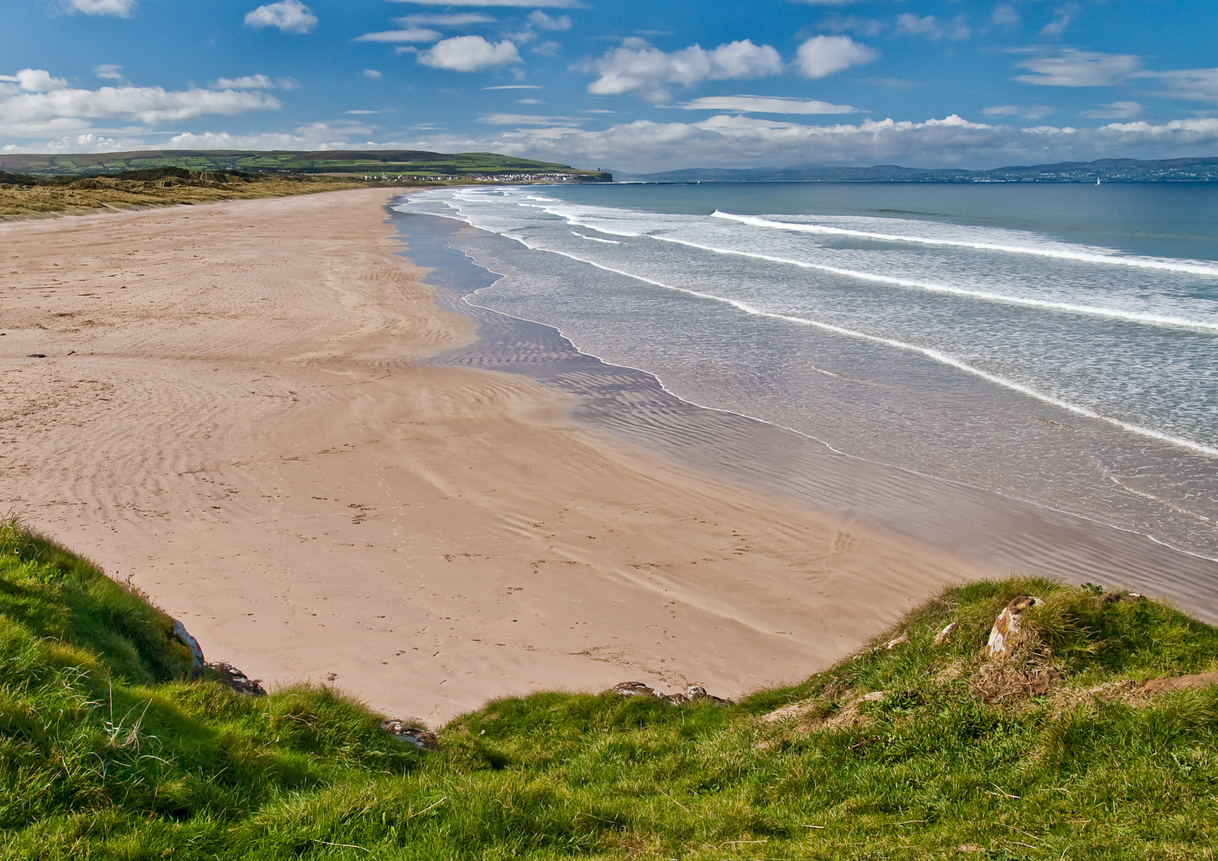 English writer William Thackeray once described Portstewart as having an “air of comfort and neatness” and the seaside town indeed retains an upmarket air. Strand Beach, a two-mile stretch of gold sand hugged by dunes and grassy cliffs, is an atmospheric place for a picnic – or surfing and paddleboarding. The nearby Bann Estuary is good for nature walks as it teems with waterfowls and other sea birds. 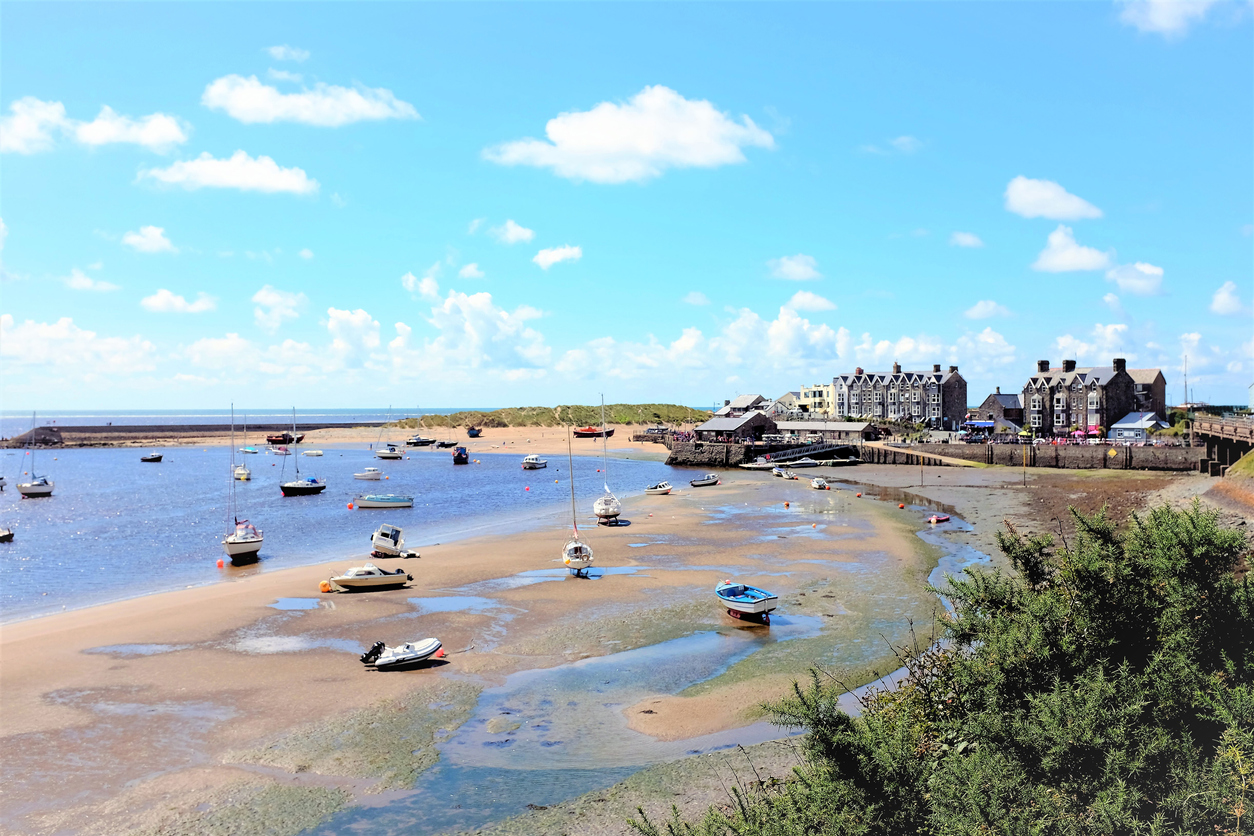 There’s a saying about Barmouth, that it’s “where the mountains meet the sea,” and its magnificent green mountain range does in fact seem to swoop dramatically into the blue sea on the mouth of the River Mawddach. A popular summer getaway since the mid-19thcentury, there’s enough space along the sand and shingle beach for holidaymakers. The harbourfront is a postcard-worthy setting for a sunset stroll but it’s also worth venturing north to Snowdonia National Park, home to craggy peaks, lakes and Wales’ highest mountain. 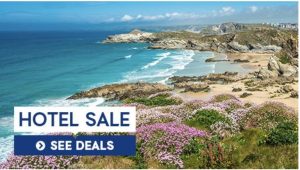 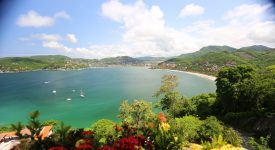 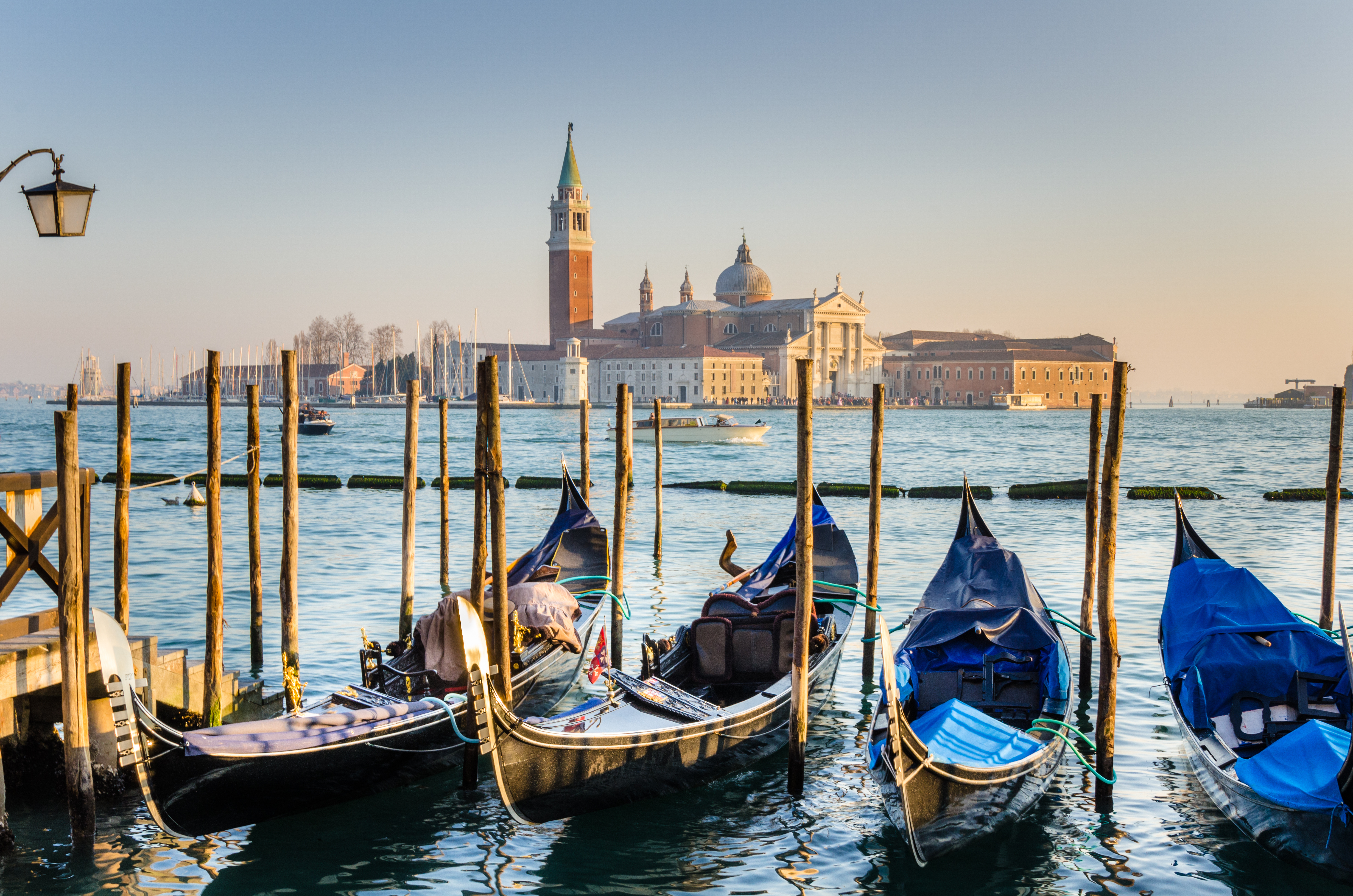 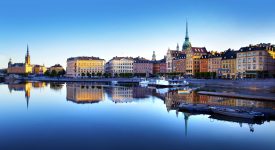