Colourful cities: 10 of the most vibrant neighbourhoods on the planet

From Burano to Valparaíso, the panoramas of multi-coloured homes and shophouses covered in vines and set amid steep hills and roaring seas have inspired many artists and writers. These rainbow labyrinths, which bear witness to many rich histories, are nowadays packed with snug galleries and sprawling wall art. Here are 10 of the most vibrant places in the world.

Hugged by the magnificent Rif Mountains, Morocco's “Blue City" is a wondrous maze of blue-washed stairs and houses. Established in 1471 by Jews fleeing Spain, it's believed that the Jews later painted the village blue to represent the sea and sky. Wander the narrow, cobblestoned passageways framed by shops that dangle handwoven bags and rugs on their walls, then buy a leather purse – Chefchaouen is known for its leathermaking tradition. 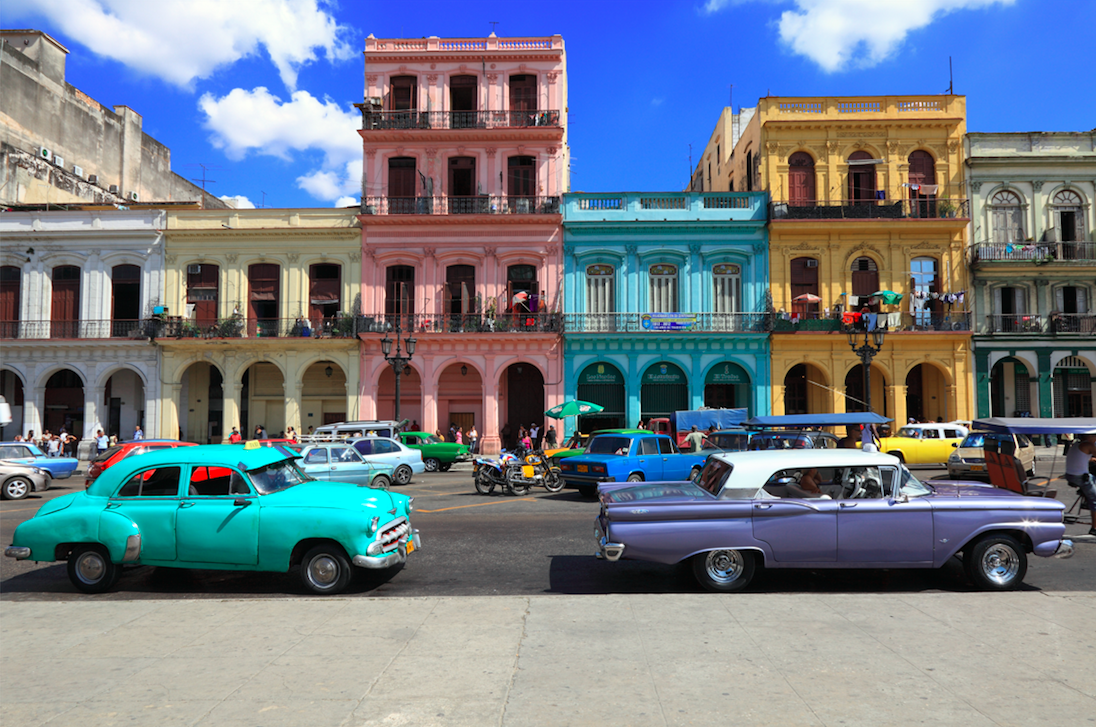 It's a pastel postcard in the Cuban capital, especially in Old Havana where clothes are hung to dry on the wrought-iron balconies of bright-coloured buildings, some majestic, some crumbling. Street musicians serenade passers-by in front of equally colourful parked vintage cars. Head to Plaza Vieja for some people watching, or hit up Calle Obispo, one of Old Havana's liveliest streets that's also littered with handicraft stores, bookshops and restobars. 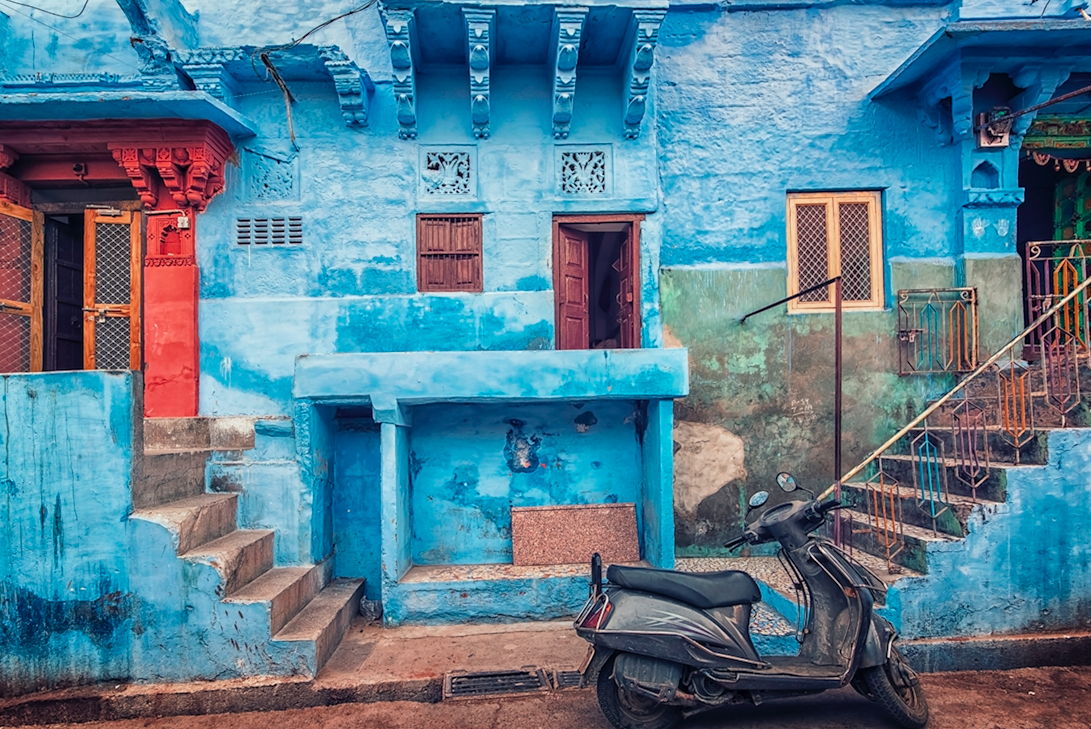 In this corner of Rajasthan, azure homes stretch out for more than 10km along the historic Jodhpur Walled City. The homes were painted blue in the 15th century – either to signify the area's upper-class status or to ward off insects – and today, it retains Mehrangarh Fort, which, perched on a cliff, has amazing views of the city. Down below, peruse jewellery, textile and furniture shops – the sun never seems to set in the “Sun City". 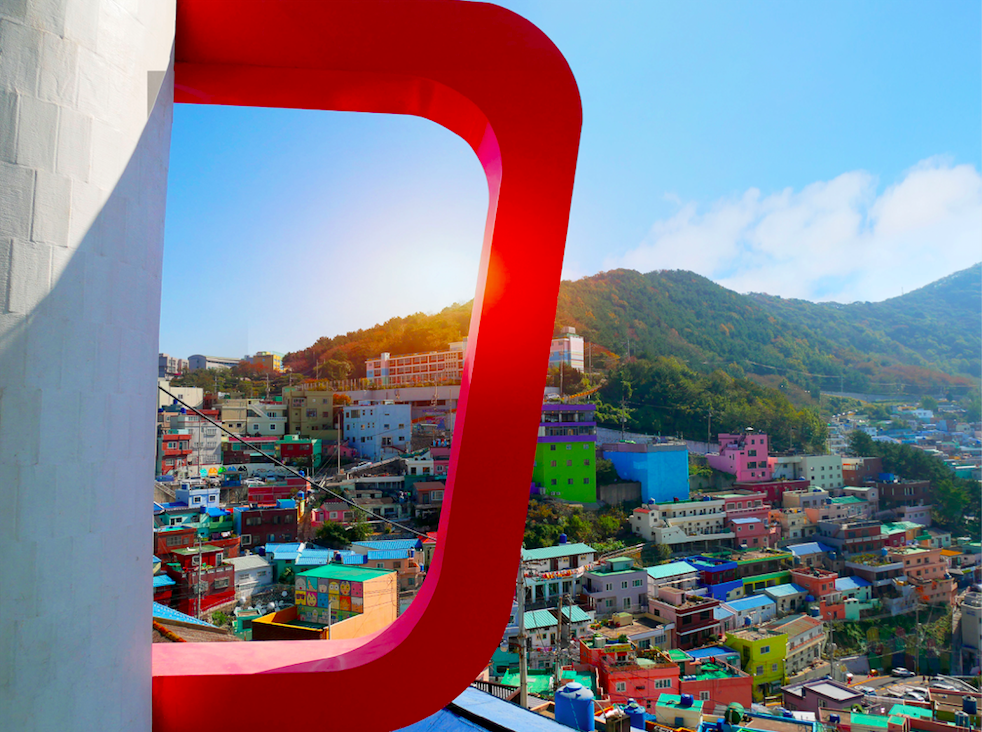 Busan is known for sun and surf, but further inland, clusters of pastel-peach and lime-green homes draw a different kind of crowd. A former slum once inhabited by Korean War refugees, Gamcheon Culture Village was transformed into a creative community in 2009. Street art consisting of funky floral motifs to realistic depictions of women in hanboks fetching water from wells lead the way to hidden art galleries and cafés. 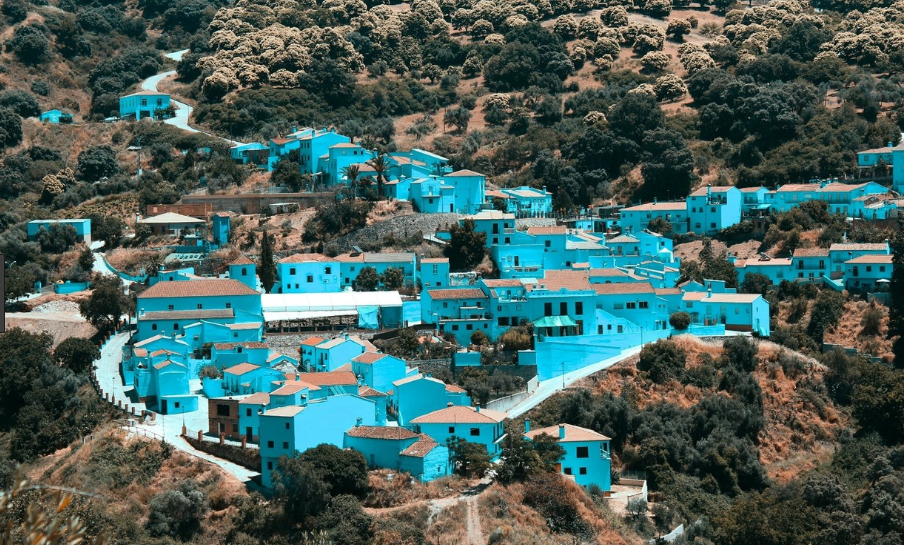 This compact Andalusian hillside village was unheard off until 2011 when Sony Pictures painted the formerly whitewashed houses bright blue to promote their new movie, The Smurfs, and locals chose to keep the village that colour. Since 2017, Júzcar hasn't been allowed to market itself as a “Smurf village", but paintings of Smurfs on walls and giant Smurf statues still stand. You'll also want to sample the mushrooms grown here – they are divine. 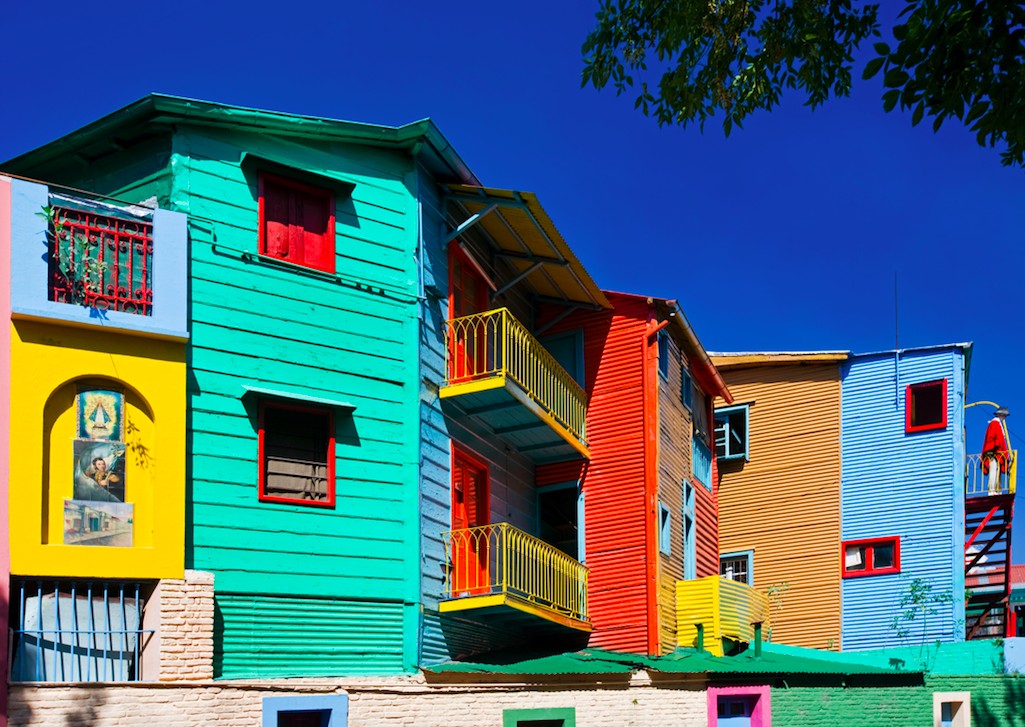 A former shantytown in Buenos Aires' south-east end, beats from buskers and tango dancers bounce off wildly-painted storefronts and drift into white-cube galleries and open-air restaurants. La Boca's residents painted their homes with leftover paints they found in dockyards, thus the mash-up of colours, even on individual buildings. One of the most vibrant streets is El Caminito, an old rail route now splashed with murals and installations. 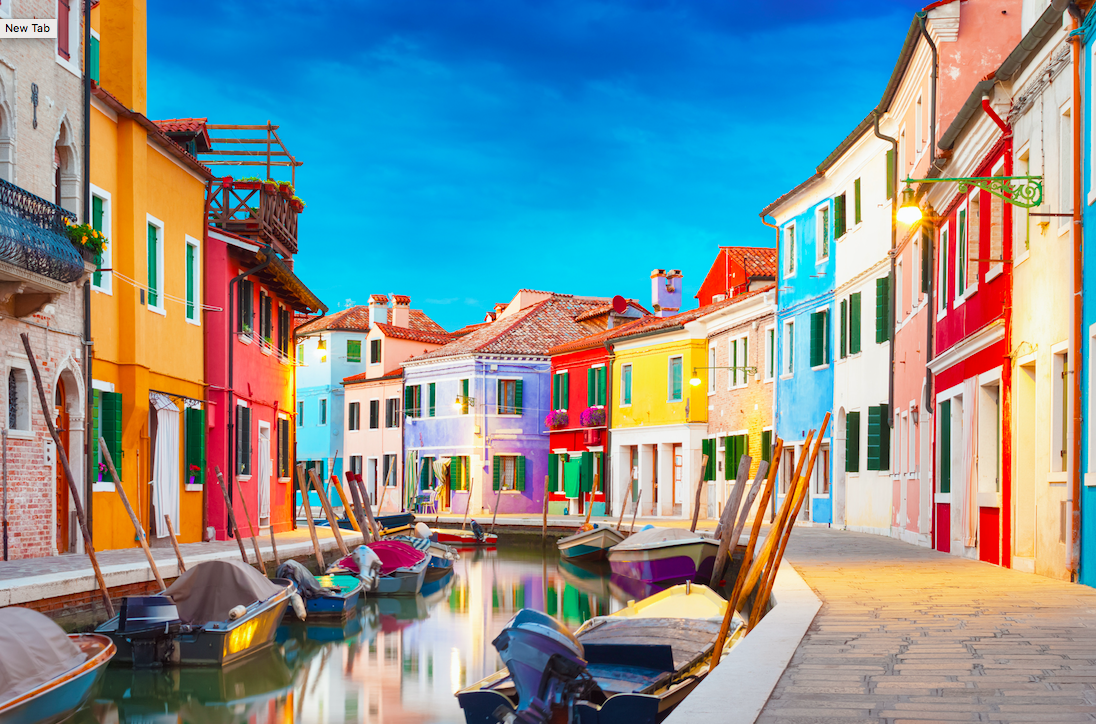 Just a 40-minute vaporetto ride from Venice, this tiny island is more than a little sister to the famous canal city. It's said that fishermen painted their houses bright colours – which range from hot pink to lavender – to spot them from the fog of the Venetian Lagoon when returning with their catch. Stroll the charming lanes for shops selling handmade lace parasols, fans and handkerchiefs. Lacemaking is a tradition that dates back to the 16th century. 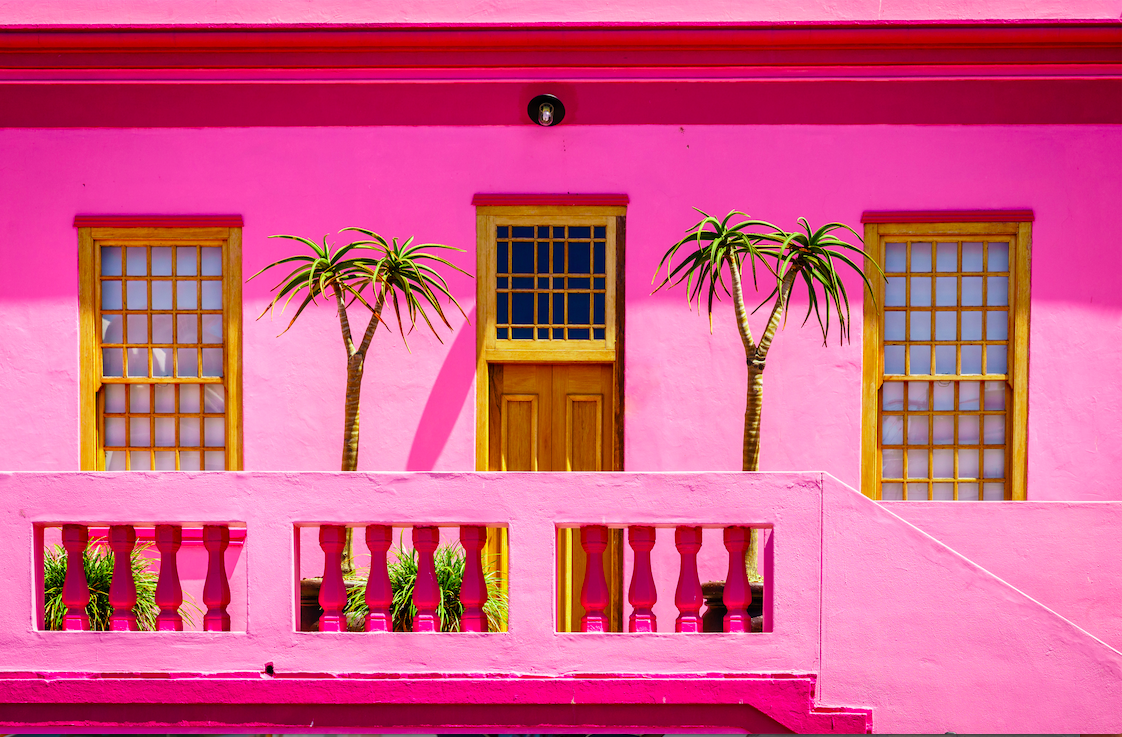 The striking pastel homes of this Cape Town neighbourhood bears witness to a lively yet tumultuous history. Once known as the “Malay Quarter", Bo-Kaap is a blend of Cape Malay, Indian and African culture. After the abolition of slavery in 1834, the slaves – who were skilled artisans, shoemakers and artists – painted their homes in bright colours to express their freedom. At the centre of the community is the 225-year-old Auwal Mosque. 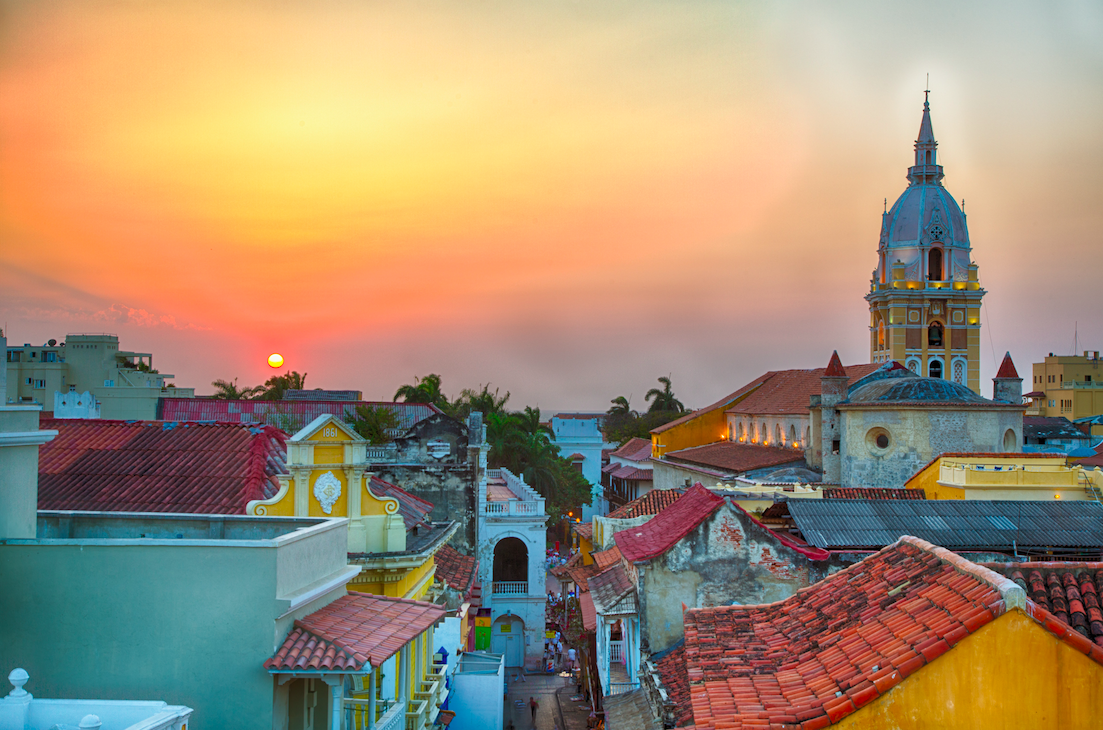 Located on Colombia's Caribbean coast, this historic port city, once integral to the Spanish colonial trade, brims with character. Lovely flowers and ivies stretch across cheerful-coloured homes in the UNESCO-protected walled city and horse-drawn carriages and bright-yellow churches make Cartagena all the more whimsical. For something quicker paced, check out Getsemani, Cartagena's up-and-coming area known for its bohemian shops, tropical-themed graffiti and salsa dancing that lasts until daybreak. 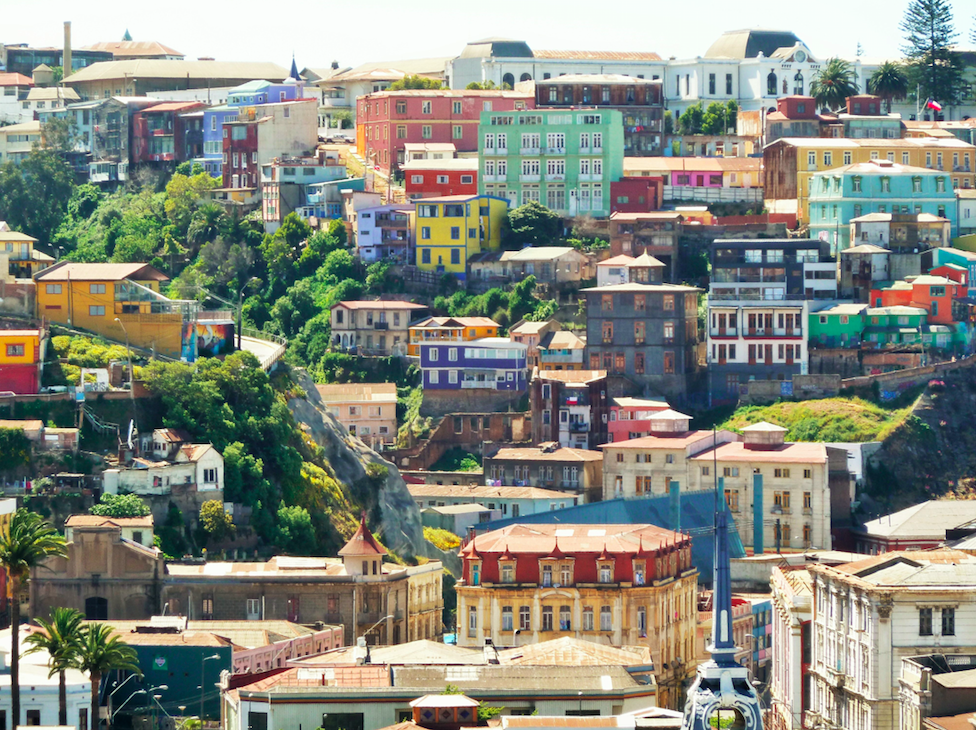 Known as the “Jewel of the Pacific", this rainbow-coloured gem on Chile's steep cerros (hills) has inspired generations of artists and writers, including the poet Pablo Neruda. Navigate the maze-like staircases splashed with as many elaborate-patterned murals as the walls of restaurants, bars and homes. Or take the funicular (cable rail) up the steeper slopes. Neruda's house, now the La Sebastiana Museum House, is a work of abstract art itself and is a must-see.