Relax on a tropical isle, meander through an Italian village and swoon over lavender fields, all without – astonishingly – leaving Britain! Visit a tropical island Thanks to the mid-Gulf Stream location of the Isles of Scilly, these dots of land off the southern coast of the UK enjoy a freakishly warm, subtropical climate, far more sun and far less...

Relax on a tropical isle, meander through an Italian village and swoon over lavender fields, all without – astonishingly – leaving Britain!

Thanks to the mid-Gulf Stream location of the Isles of Scilly, these dots of land off the southern coast of the UK enjoy a freakishly warm, subtropical climate, far more sun and far less rain than on much of the mainland.

Fossick around in a ‘Greek’ theatre 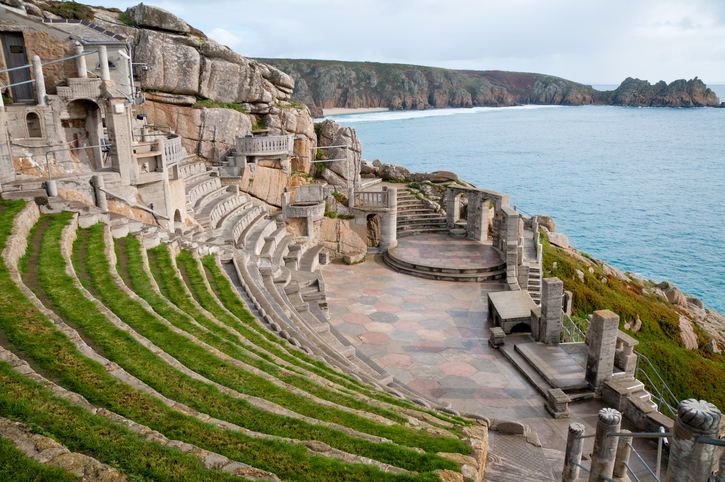 Lounging not far down the list of summer holiday standards from the obligatory beach is a visit to a ruin or two. And there are few more atmospheric ruins than a nice, ancient Greek or Roman amphitheatre. Trouble is they tend to be in Greece or Rome.

Not, ahem, all such ruins, though. Did you know that Cornwall has its very own rock-hewn outdoor stage looking very much like those Mediterranean podiums of yesteryear? With a fascinating backstory – it was built by hand by a local, Rowena Cade, in the 1930s – the Minack Theatre even puts on plays to this day. 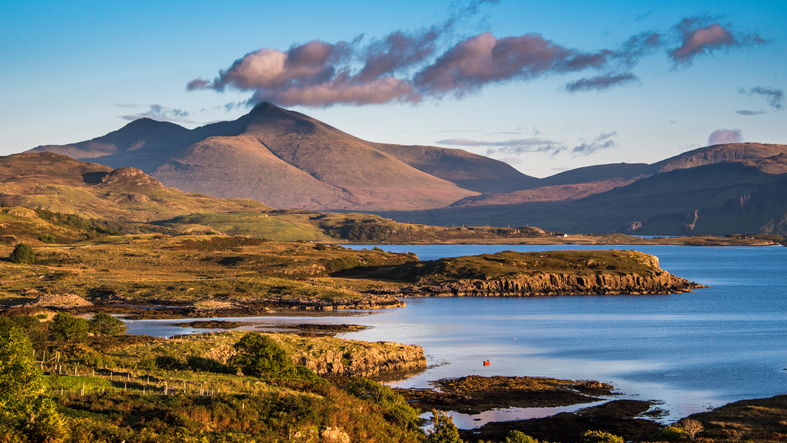 Here’s another travel bucket-list experience so classic it’s probably worn a hole in a few buckets: marvelling at the magical natural phenomenon that is the aurora borealis.

Yet we typically expect the best spots to appreciate the Northern Lights to be in, yes, northern reaches far from the UK: Santa’s ‘hood, Lapland, comes to mind, as does the Icelandic urban outpost of Reykjavik and the vast wilderness of the Canadian Yukon.

However… Mull? Don’t tell anyone but, thanks to virtually zero light pollution, the unheralded Inner Hebrides island can make a fabulous spot to watch the solar winds set the sky ablaze in swirls of pink, purple and yellow.

Hurl yourself from a height 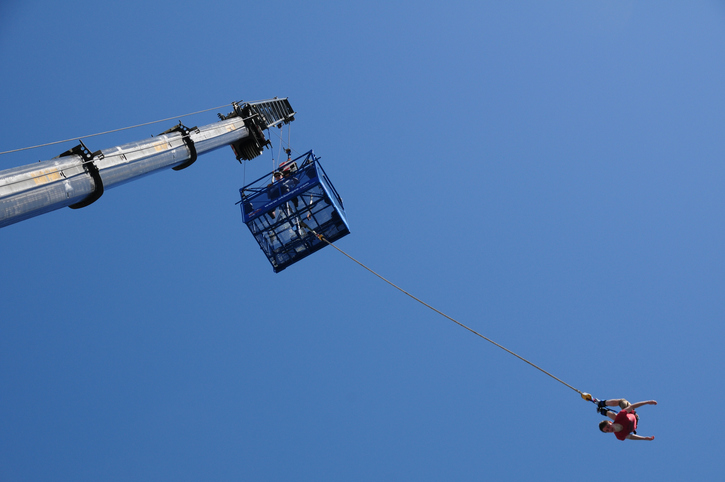 Bungee-jumping? Isn’t that a New Zealand thing? Certainly the sport is associated with the bi-island nation, not least because it’s blessed with so many precipitous yet scenic landmarks to launch oneself from – the fearsome Nevis Highwire comes to mind, 134 leg-quivering metres above the same-named river.

But while bungee may have found a spiritual home in NZ, and grown beyond it (China’s Macau Tower (233 metres), Switzerland’s Verzasca Dam (220 metres) and South Africa’s Bloukrans Bridge (216 metres) are more vertiginous spots from which to mimic suicidal plunges), the extreme sport was actually invented by an Oxford University student who leapt off Bristol’s Clifton Suspension Bridge, in 1979, tethered to an elastic rope and, purportedly, wearing a top hat.

And today you still need not go far to bungee. Top British spots for the mad pursuit include Bray Lake, near Windsor, and Tatton Park, in Cheshire – at around 90 metres, claimed to be the nation’s highest jumps.

Go on an Italian idyll

If you’re a fan of that sort of thing, you’ll actually find one of the dreamiest Italianate towns in, erm, North Wales. Readers of a certain age might remember Portmeirion from the trippy 60s TV spy drama The Prisoner, wherein the star, Patrick McGoohan, dashed endlessly around the settlement’s gaily coloured, surreally styled streets without anything so dull as a logical plot progression needing to happen.

Built by the Med-mad architect Sir Clough Williams-Ellis over half of the 20th century, waterside Portmeirion remains a transporting place to stroll around for an afternoon. 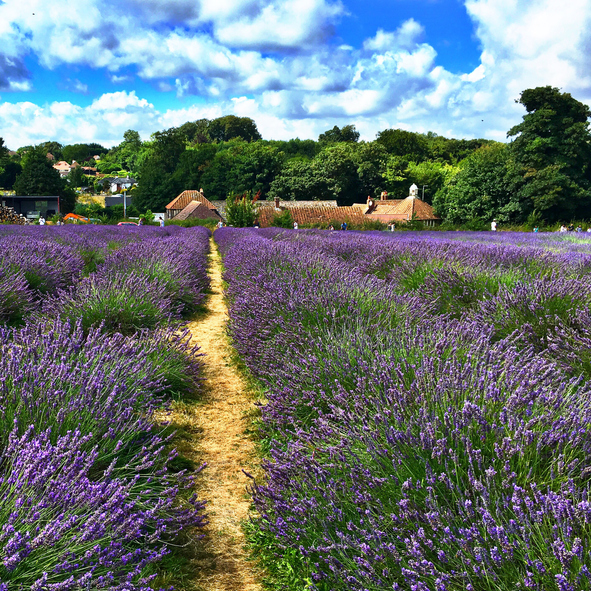 Swathes of purple lavender, scenting the air like a brawl in a perfume shop, are about as French as opinionated men in pastel polo shirts, aren’t they?

Not if you’re at Mayfield Lavender Farm, in Surrey, they’re not, which you can visit not only for the concentration of swoon-inducingly lovely scent but also for swag such as lavender dark chocolate (yum) and a microwaveable lavender hippo (odd).

Over at Norfolk Lavender, meanwhile, they’ve got more than 100 varieties of the sweet-smelling plant for the truly bud-crazy.

Caution: at either venue, avoid wearing a polo shirt and gesticulating too wildly so as not to cause disorientation. The giddy whiffs should be enough. 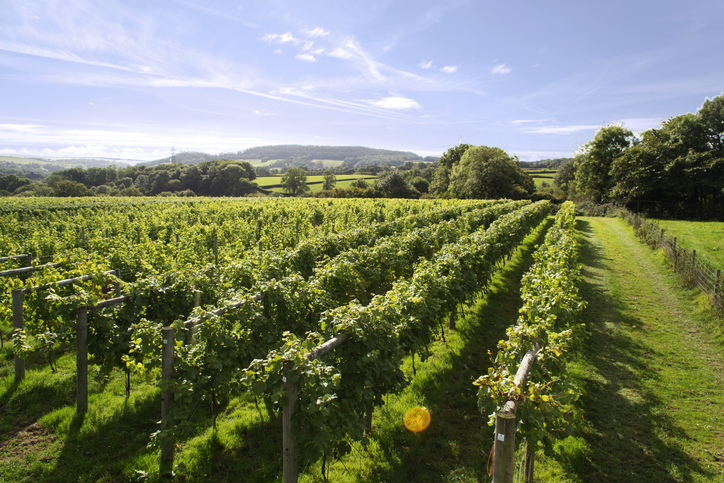 Warming weather is making more and more of the land suitable for producing sparkling wines that – hang boring Champagne – are winning international prizes. Indeed, the problem, if anything, seems to be coping with the bumper harvests that longer warm seasons bring.

Help this homegrown climate crisis success story by supping from our growing wine lake on one of the proliferating tasting tours, some of which throw steam trains, pretty villages and – oops! – gin into the mix, too.

You don’t need to go to Africa – burning your carbon allotment and braving the Covid travel rigmarole – to stalk rare, magnificent beasts.

Let the kids go google-eyed at the exotic animals on show at excellent safari parks throughout the UK. Longleat, in Wiltshire, is the oldest, where you drive with your windows wound up through zones where lions, tigers and monkeys roam.

Blair Drummond Safari Park, in Scotland, has a boat tour to Chimp Island, while the West Midland Safari Park offers animatronic dinosaurs, if its great cats and other real wild beasts aren’t enough to get the blood racing.

Stretch out on a road trip 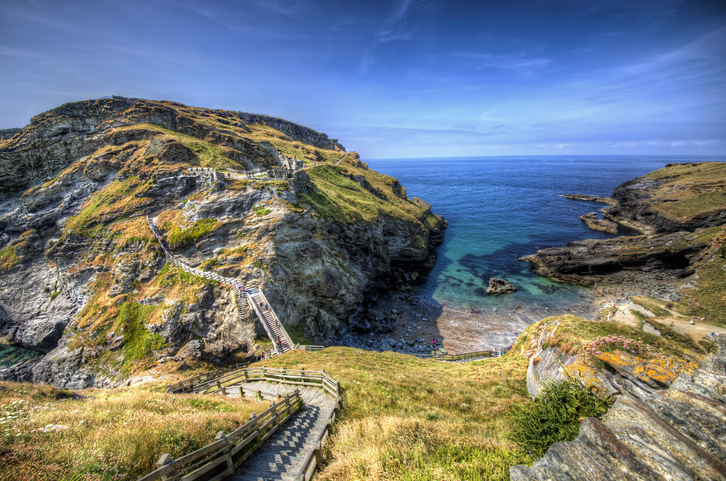 America’s Highway 61, all 1,400 miles of it, from Wyoming to New Orleans; Iceland’s Ring Road, snaking for 900 miles around the country’s periphery, taking in some of the world’s most gasp-inducing scenery; an outback odyssey from Sydney to Perth in a Kombi Van… these are real, life-changing roadtrips, aren’t they?Yes, they are, but doesn’t mean Britain’s tarmac adventures can’t compete. And, being, necessarily, shorter they save you the rashes and companion-fatigue that can be the humdrum reality of weeks on the road.

A tour of the Outer Hebrides stands out among UK road trips for an ultra-distinctive landscape including ancient standing stones and unforgettably gorgeous, if chilly, remote beaches such as Luskentyre.

On the mainland, the Atlantic Highway takes in poetic Exmoor, the Arthurian clifftop castle at Tintagel and some of the prettiest fishing villages in the land. 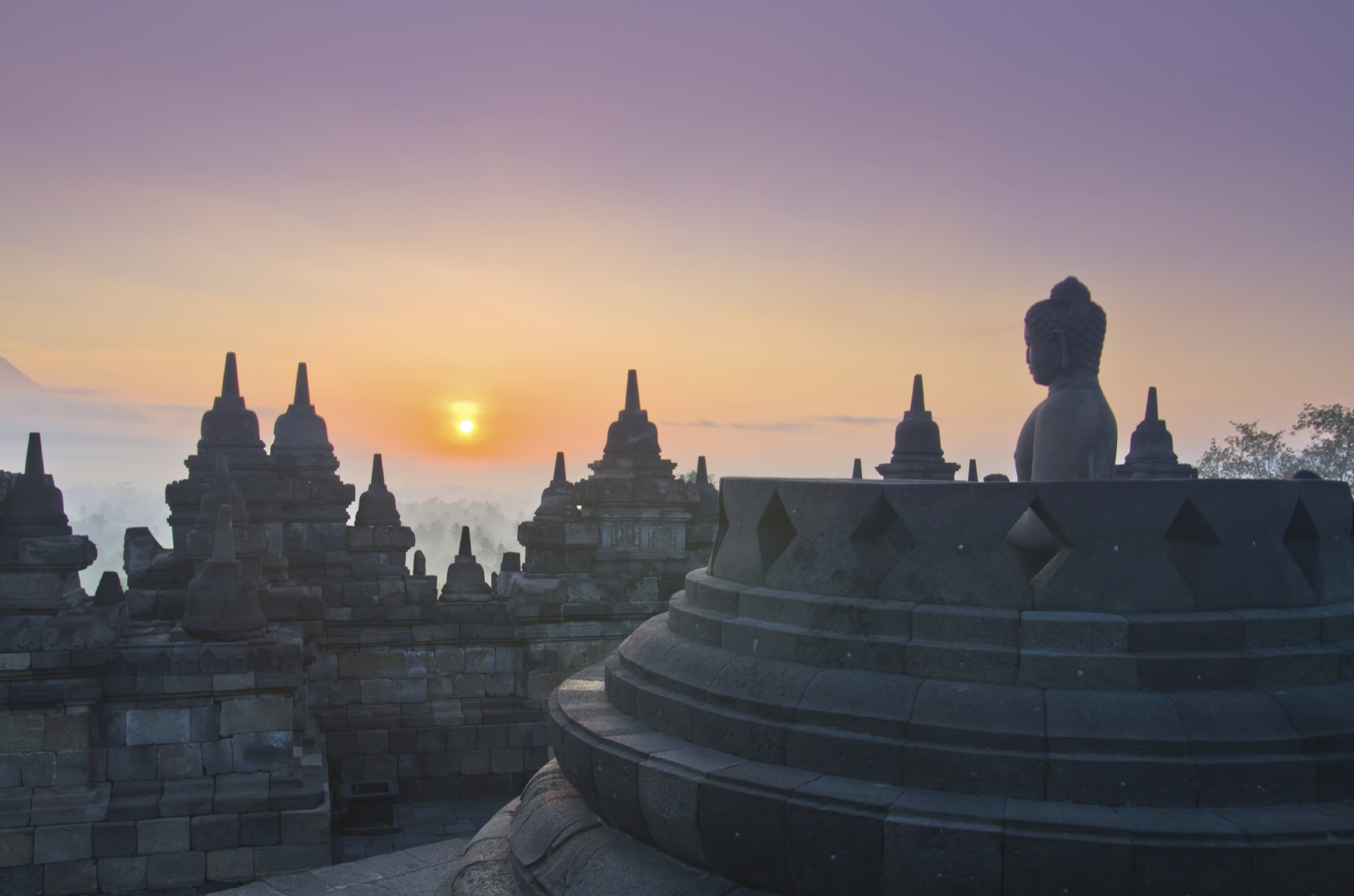 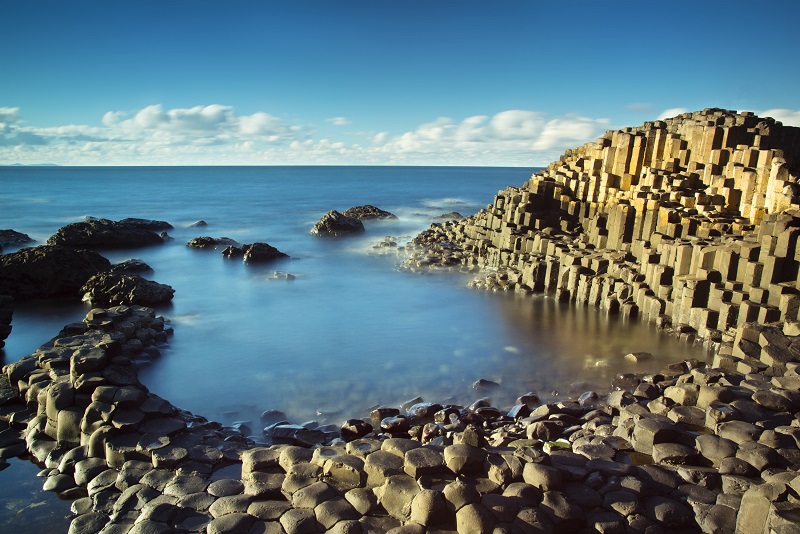 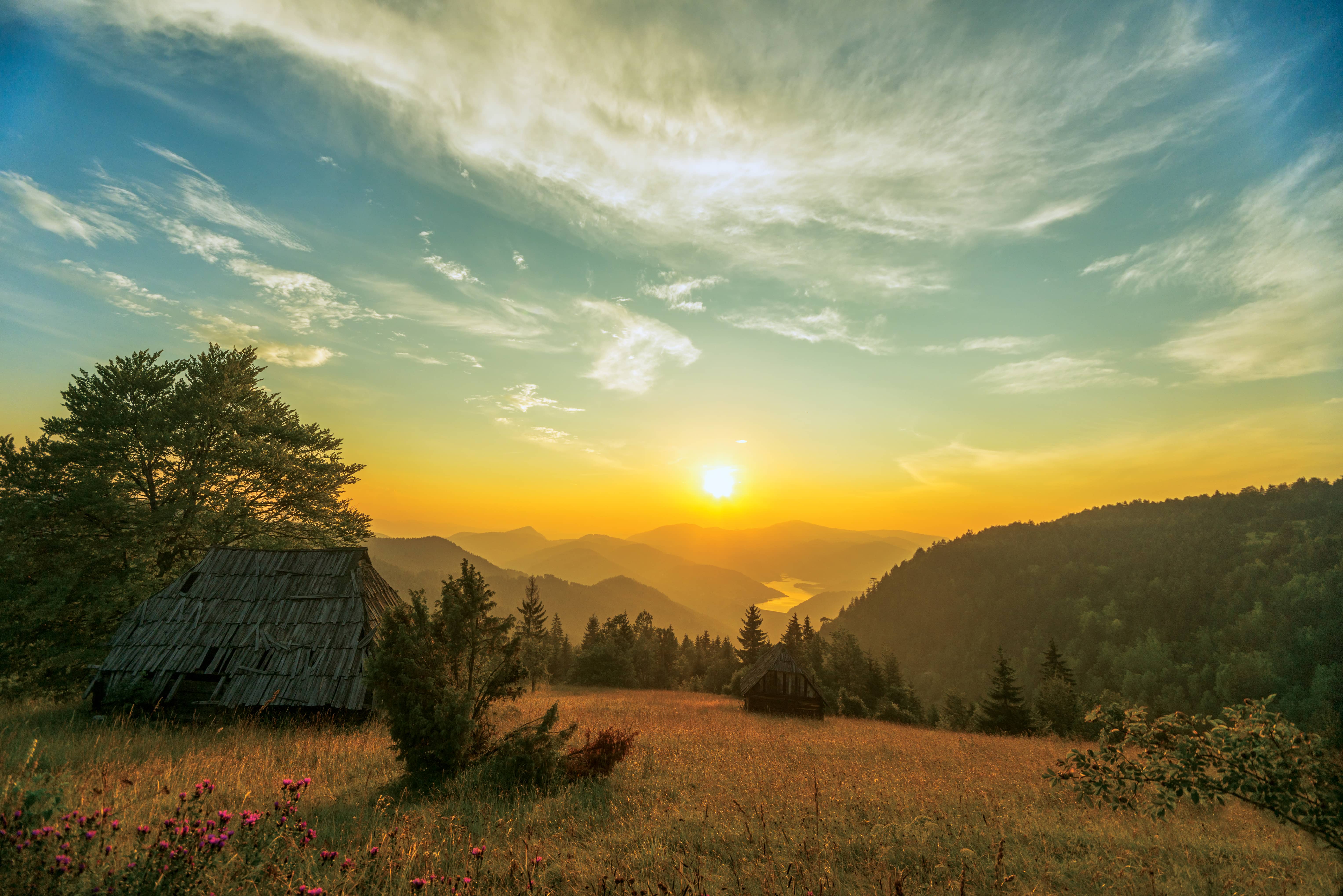 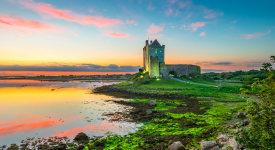