Summer might be slipping away, but that just means more time to start planning the October holidays. Sun worshippers: book a flight to the Canary Islands, or even Turkey, where pristine beaches await. Or perhaps an European city break is something you crave – think vineyards in Portugal and cobbled streets in Seville. Those staying in the UK are also spoilt for choice. Glamping, road tripping, a spa-cation – we've got you covered. 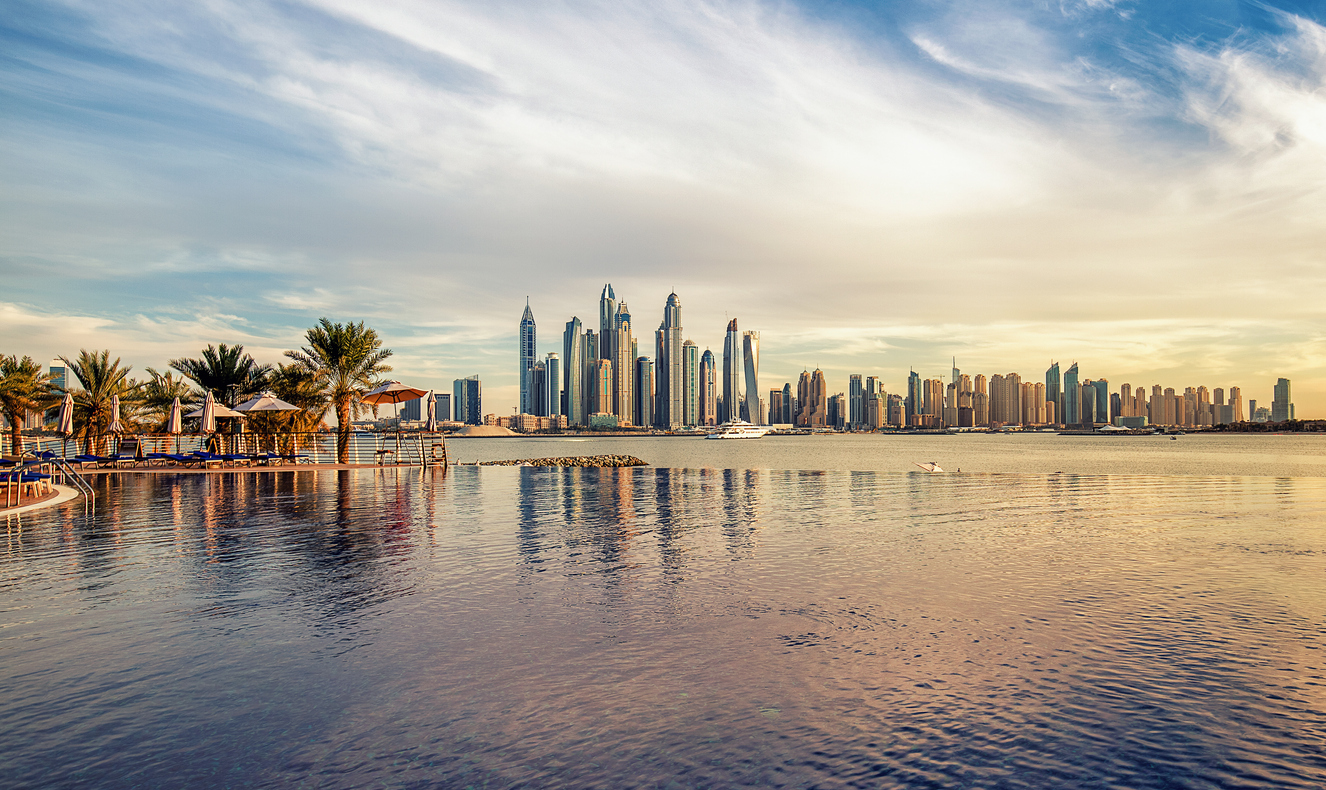 Fly south where it's not too late in the year to soak up the sun. The Canary Islands' gold-sand beaches beckon – pack your bathers because it's still warm enough to surf in Fuerteventura and swim in Lanzarote's green lagoons and the underwater caves of Tenerife.

Hop over to Ibiza to enjoy Santa Eulalia and Talamanca Bay without the crowds. Perhaps even have a dip in the calm waters of Port de Pollenca in Majorca.

Jet to Turkey to explore the waterfalls and beaches of Antalya, also home to the stunning Turquoise Coast with its shingle beach backed by the ruins of Olympos.

Further afield, there's Dubai with JBR Beach and the ultra-luxury Atlantis with its own waterpark. 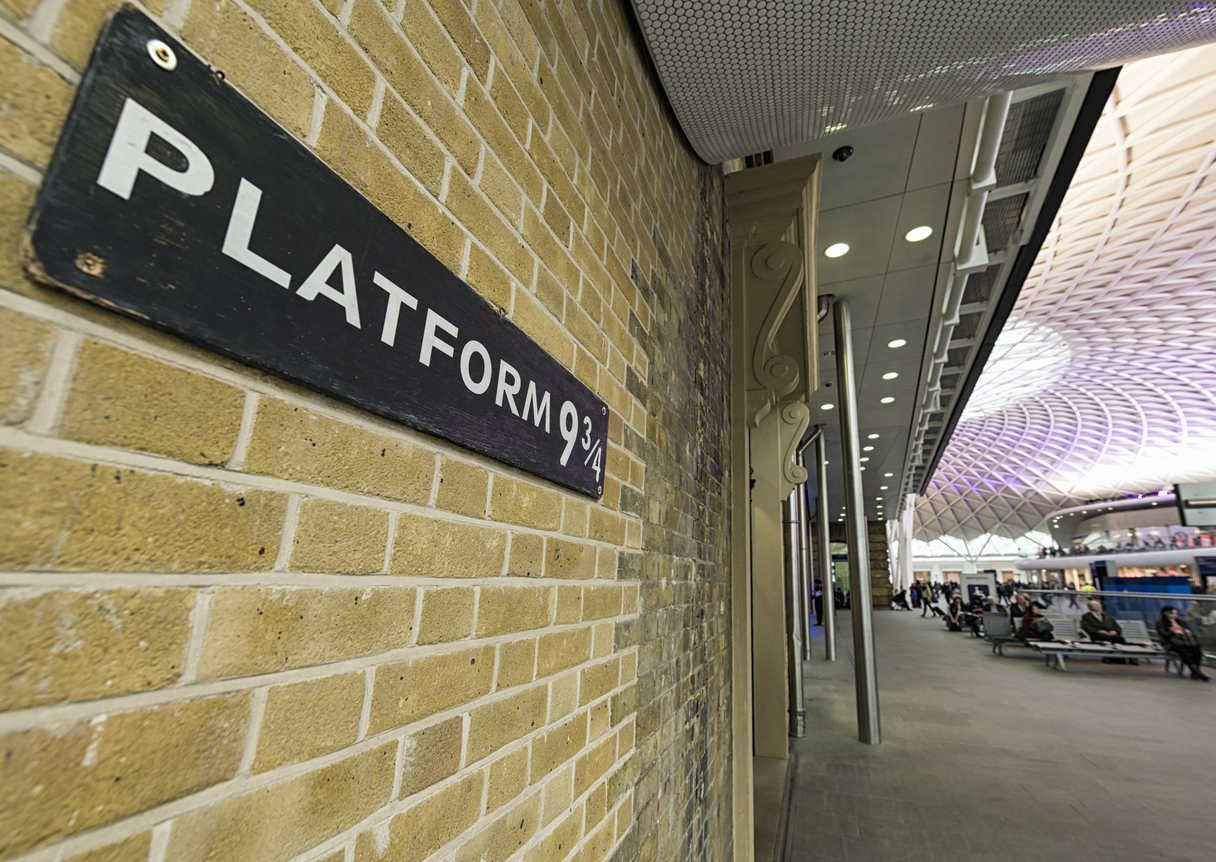 Staying home this October? No problem. Re-discover London's many marvels with the little ones, starting with a visit to Hamleys, one of the oldest and most beloved toy stores in the world. Go on a Harry Potter-inspired adventure by stopping at Platform 9 ¾ at Kings Cross then continuing to Warner Bros. Studio Tour London for a behind-the-scenes tour of the filming of the Harry Potter films.

Or take a ferry to the Isle of Wight where the old village of Shanklin awaits. The bay might be chilly but there's a lovely children's play area and arcade.

Over in Scotland, why not pay Nessie a visit? Check into a family-friendly farm stay in Inverness and explore Glencoe. Keep your eye out for the mythical-looking long-haired brown Glencoe cow.

Glamping in the UK 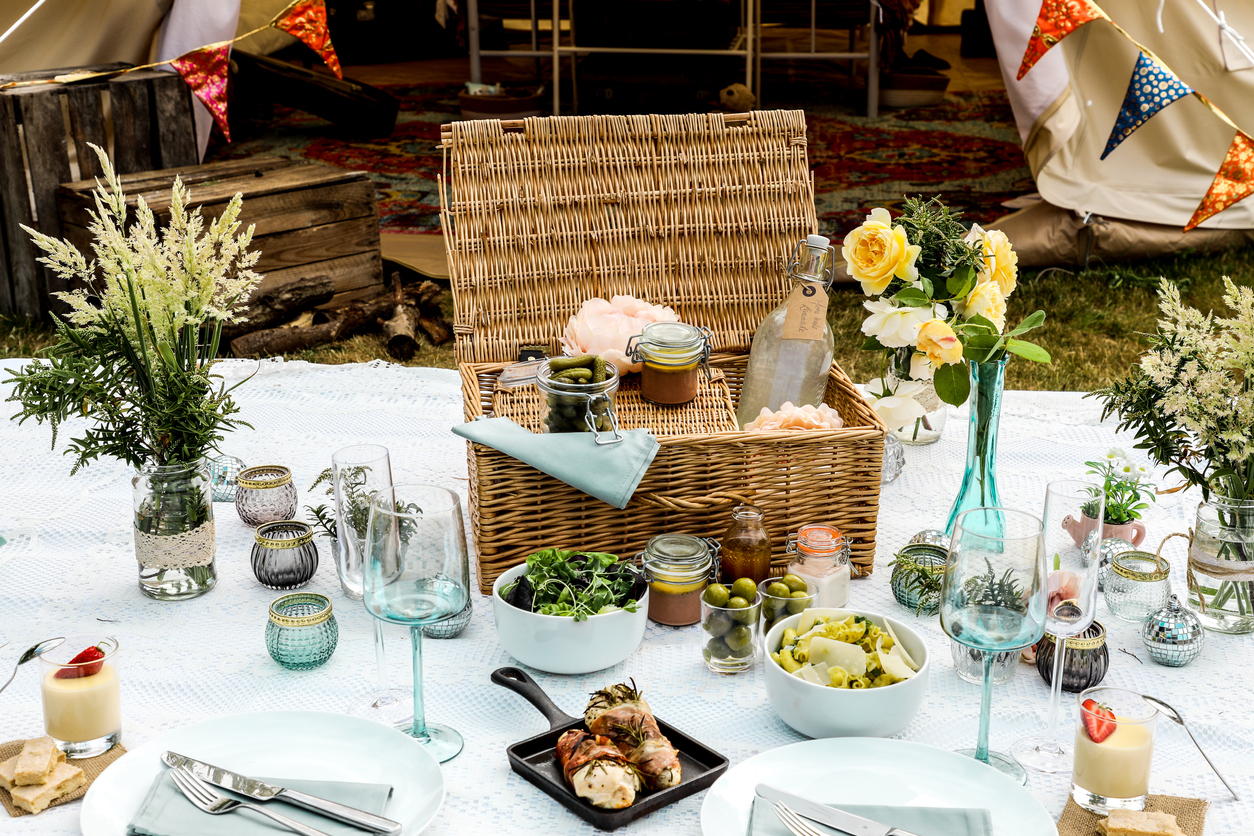 Glamping combines the best of modern comforts with unspoilt nature and options are aplenty throughout the UK. It's a wondrous world of towering trees and wild bunnies at Hollington Park Glamping, a family-run site that sits in 10 acres of ancient woodland on the Hampshire-Berkshire border just west of London.

And in the Forest of Dean and Wye Valley, Greenacres Glamping has retro-fitted yurts and domes with views of rolling hills. 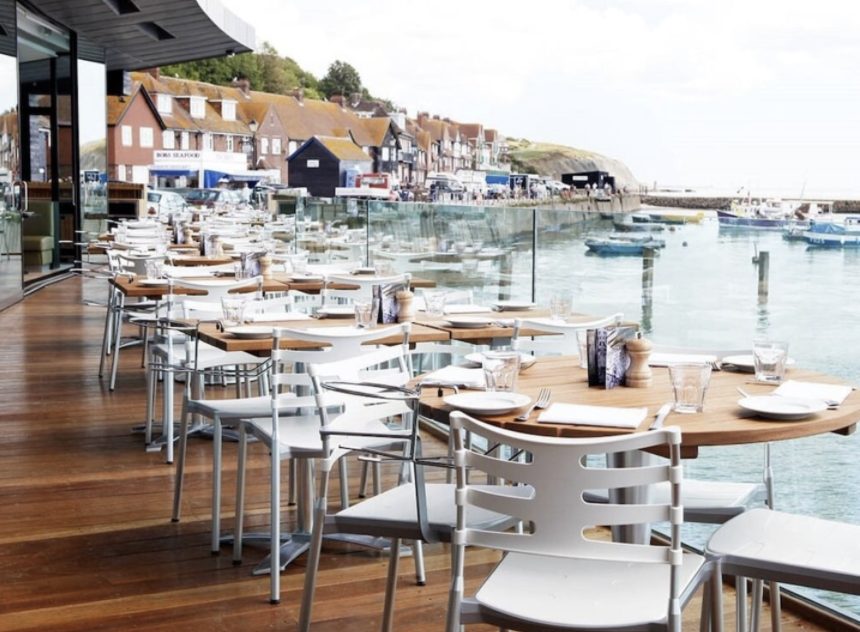 This one is for foodies. Right on Folkestone Harbour is the Rocksalt. Chef Mark Sargeant sources the freshest prawns, crab and mackerel from the waters, and diners can retire in the four rooms above the Smokehouse.

For a Welsh escape, try Trefloyne Manor on the Pembrokeshire coast. The 12 rooms spread across the main house and a converted coach house are spacious, and the restaurant sources fish and tiger prawns straight from Tenby Harbour and vegetables from their own gardens.

Equally grand is the Swinton Park Hotel which occupies a 17th-century castle in North Yorkshire. The seasonal menu of game and veggies is divine, and herbs are plucked from the estate's four-acre garden.

For more information check out our post on the UK's best restaurants with rooms. 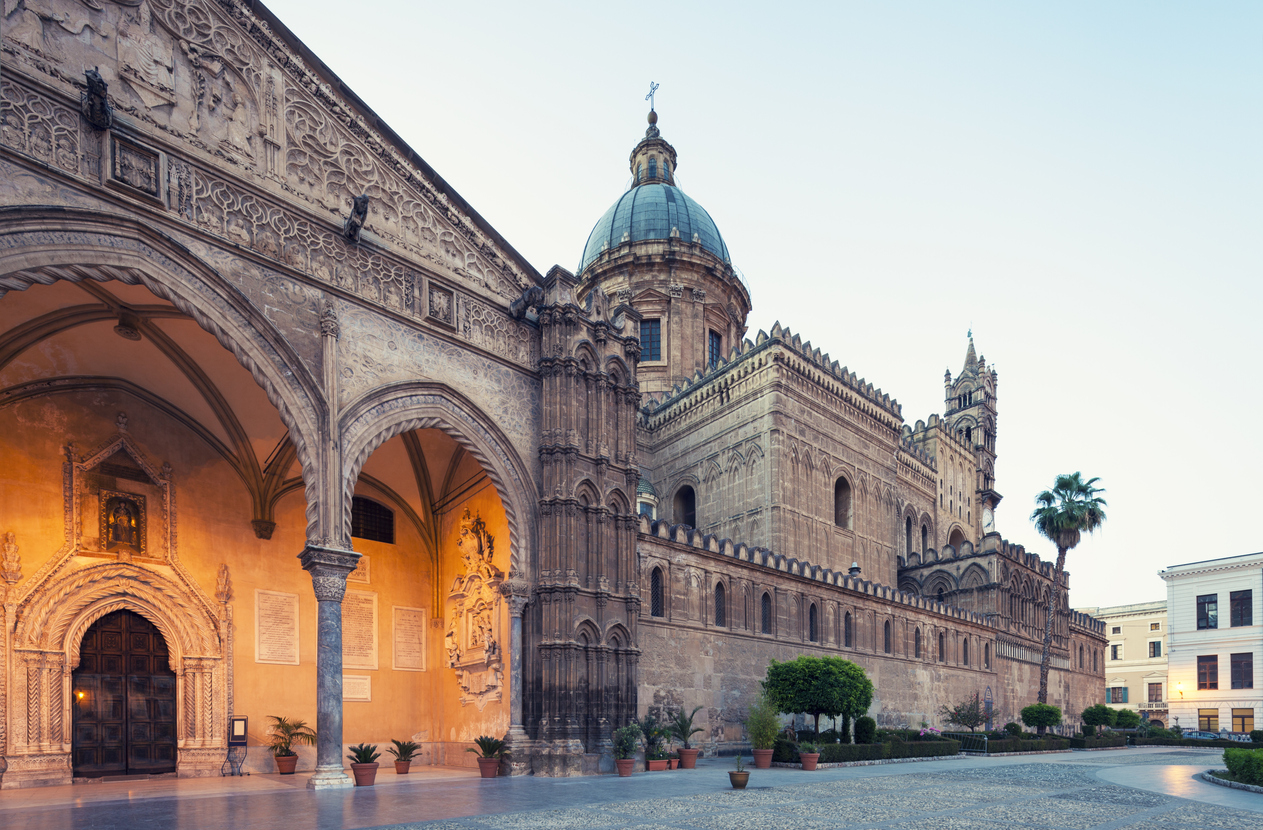 Sometimes a simple change of scenery is all that's needed and a hop over to Europe can fix that. Stroll down the cobblestone streets of Seville's old town, stopping at a mercado for a fruit cocktail.

Savour the end of the wine harvest in Porto, Portugal's fairy-tale city of swooping valleys and colourful riverside shops.

Spend some time in Sicily, where the capital, Palermo, is an open-air museum full of ancient sites and also Italy's biggest opera house.

Or walk around the car-free city centre of Ljubljana, which includes the Three Bridges and Ljubljana Castle. Slovenia's capital is a beautiful contrast of green parks and buildings with a mesh of architectural styles.

Find your next City Break.

Road tripping in the UK 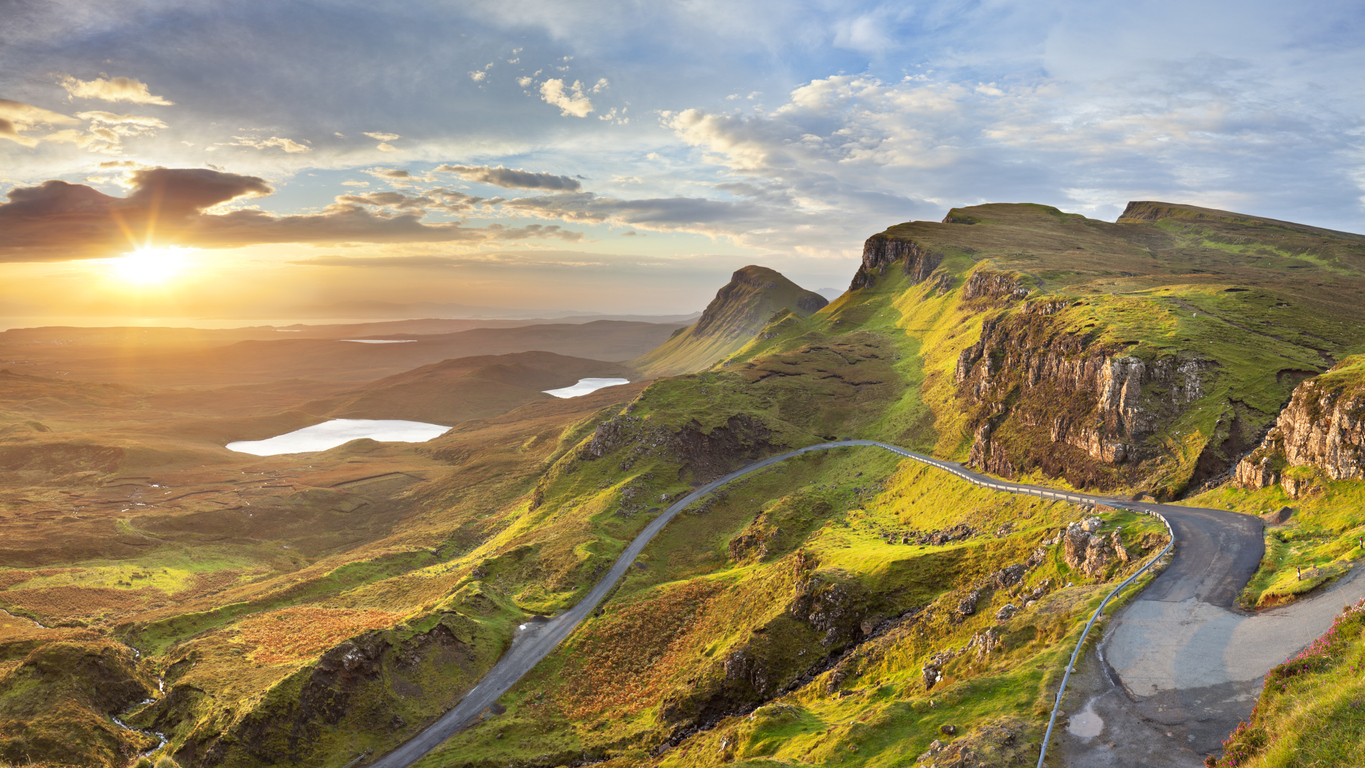 Do not forget the classic road trip. It might be chilly but October is perfect for enjoying Cornwall without the crowds. Set off from Bath for the great Cornish coast, driving along the Atlantic Highway and stopping at a different beach town each day – Bude, Padstow and finally to Lands End, England's westernmost point.

Harry Potter fans: the Ben Nevis to Isle of Skye route is for you. This area of Scotland packs dramatic valleys and picturesque lochs. You'll also see the sky-high Glenfinnan Viaduct where the Hogwarts Express zipped across. Head on to Loch Morar, the UK's deepest freshwater lake, and end at Skye, famous for its medieval castles.

For a luxurious escapade, spend four or five days on the North Norfolk Coast, visiting Hambleton Hall, Sandringham Estate, the Norfolk Coast AONB with its salt marshes, and Blakeney, home to the elegant grey seals.

Unique stays in the UK – castles, shepherds huts and spas 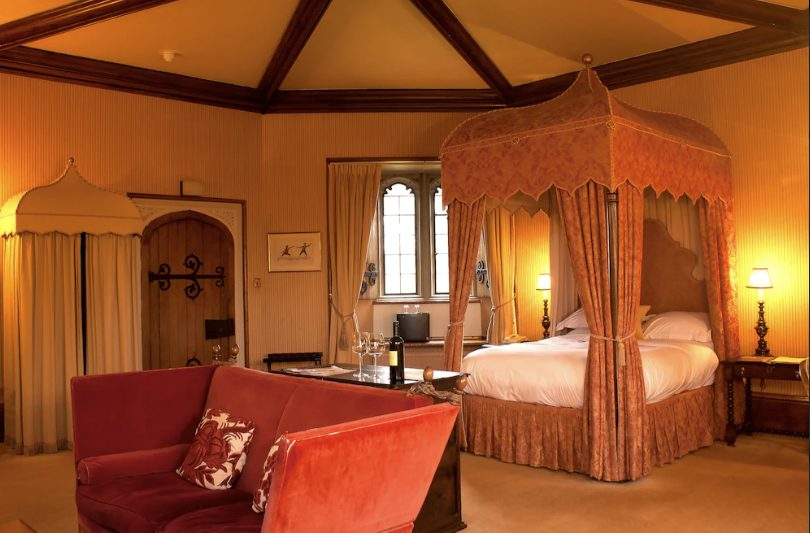 Feel like royalty at Bristol's Thornbury Castle where numerous kings and queens, including King Henry VIII and Anne Boleyn, have sojourned over the centuries. Cedar and sequoia trees surround the Tudor Castle, which is now a luxury hotel. Up in the Scottish Highlands is Inverlochy Castle Hotel, an 1860s castle nestled in forests and lakes that Queen Victoria famously visited in 1873.

For a quaint experience, check into The Traditional Shepherd's Hut in Ambleside. The cabins are ideally situated to wander around the Lake District with its enchanting woodlands and Lake Windermere, which inspired Beatrix Potter's illustrations. Keeping with the whimsical theme, along the River Avon, amongst an apple orchard is the Secluded and Luxurious Shepherd's Hut.

And for the ultimate pampering, there is the spa-cation. The nautical-themed Salcombe Harbour Hotel & Spa in Devon has an indoor lap pool, sauna and five treatment rooms. In Surrey, the Pennyhill Park Hotel & Spa – a gorgeous vine-covered 18th-century building – has eight swimming pools, hot tubs, steam rooms and a hydrotherapy pool.

Find your next Unique Stay.