Note: All travel is subject to frequently changing governmental restrictions—please check government advisories before scheduling trips . Some attractions and establishments may require pre-booked tickets. We strongly recommend researching entry requirements prior to your visit. A picnic on the lawns, Sunday roast by the sea or a cooking class in a sprawling estate, these hotels and guesthouses are gastronomic destinations. As...

A picnic on the lawns, Sunday roast by the sea or a cooking class in a sprawling estate, these hotels and guesthouses are gastronomic destinations. As we scoop up the last of summer with fresh-caught fish and meals prepared with ingredients from estate gardens and next-door farms, here are 10 amazing restaurants with rooms – just be sure to observe each establishment’s guidelines and check for closures beforehand.

The vine-covered 17th-century castle set in a 20,000-acre estate in North Yorkshire offers activities such as shooting and pony trekking and it’s also quite the gourmand destination. Housed in a converted stable, the Swinton Cookery School has lessons in baking, Thai cuisine, sushi and how to prepare a Sunday roast, and vegetables and herbs are plucked straight from the estate’s four-acre garden. Simply want to eat? Samuel’s Garden, a grand, high-ceiling space with views of the gardens, has a seasonal menu that serves rabbit, smoked trout and game. 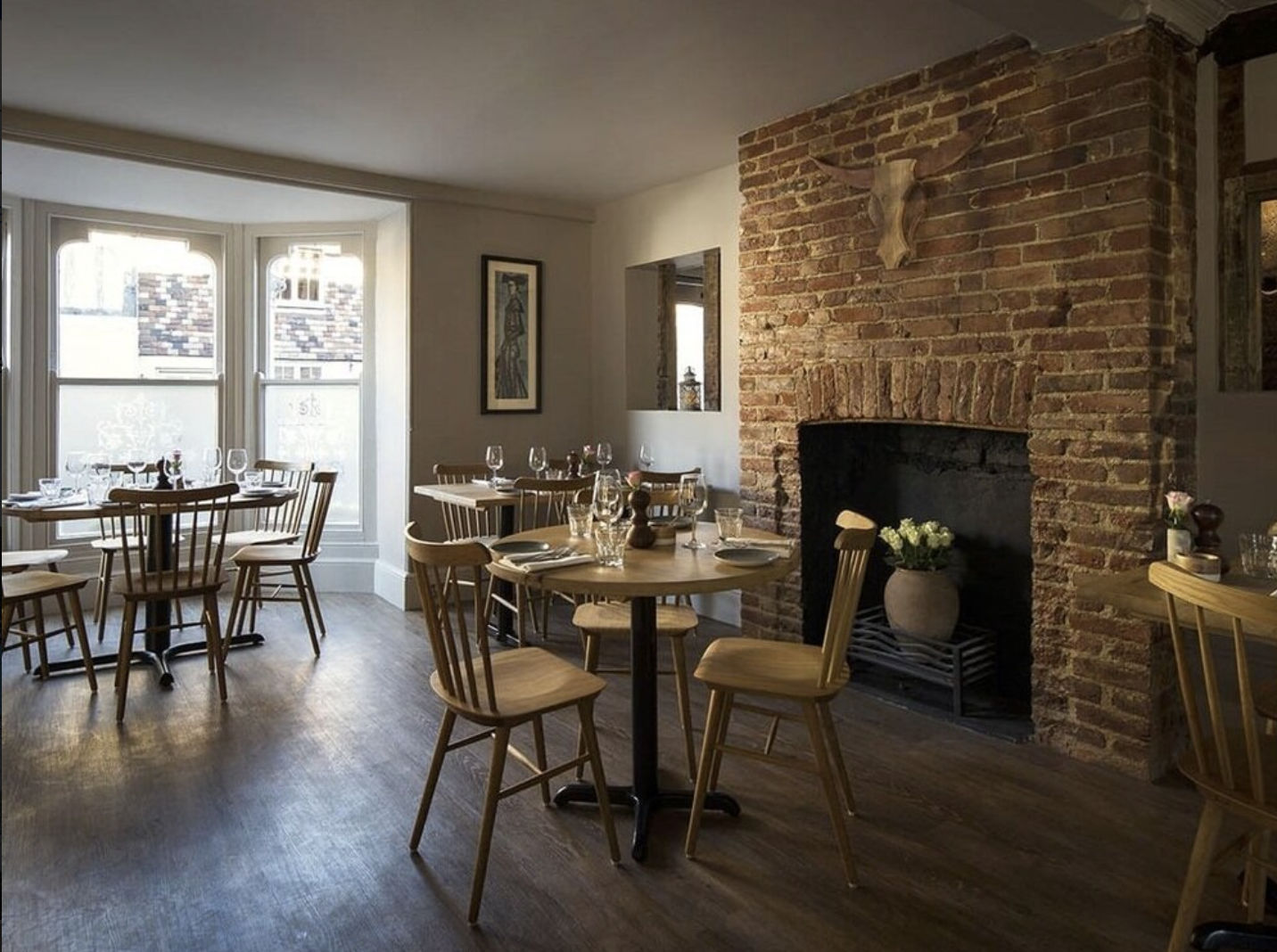 A quintessential red-brick English home in Ashford belies the fact that this is in fact a wonderful Spanish restaurant that serves delectable tapas, scallops with spicy chorizo and sharing plates. Dessert, however, is very English with an impressive range of puddings and ice cream. After a full meal, retire upstairs to one of the five smartly decorated guestrooms with white-grey colour schemes and pops of pink and orange. 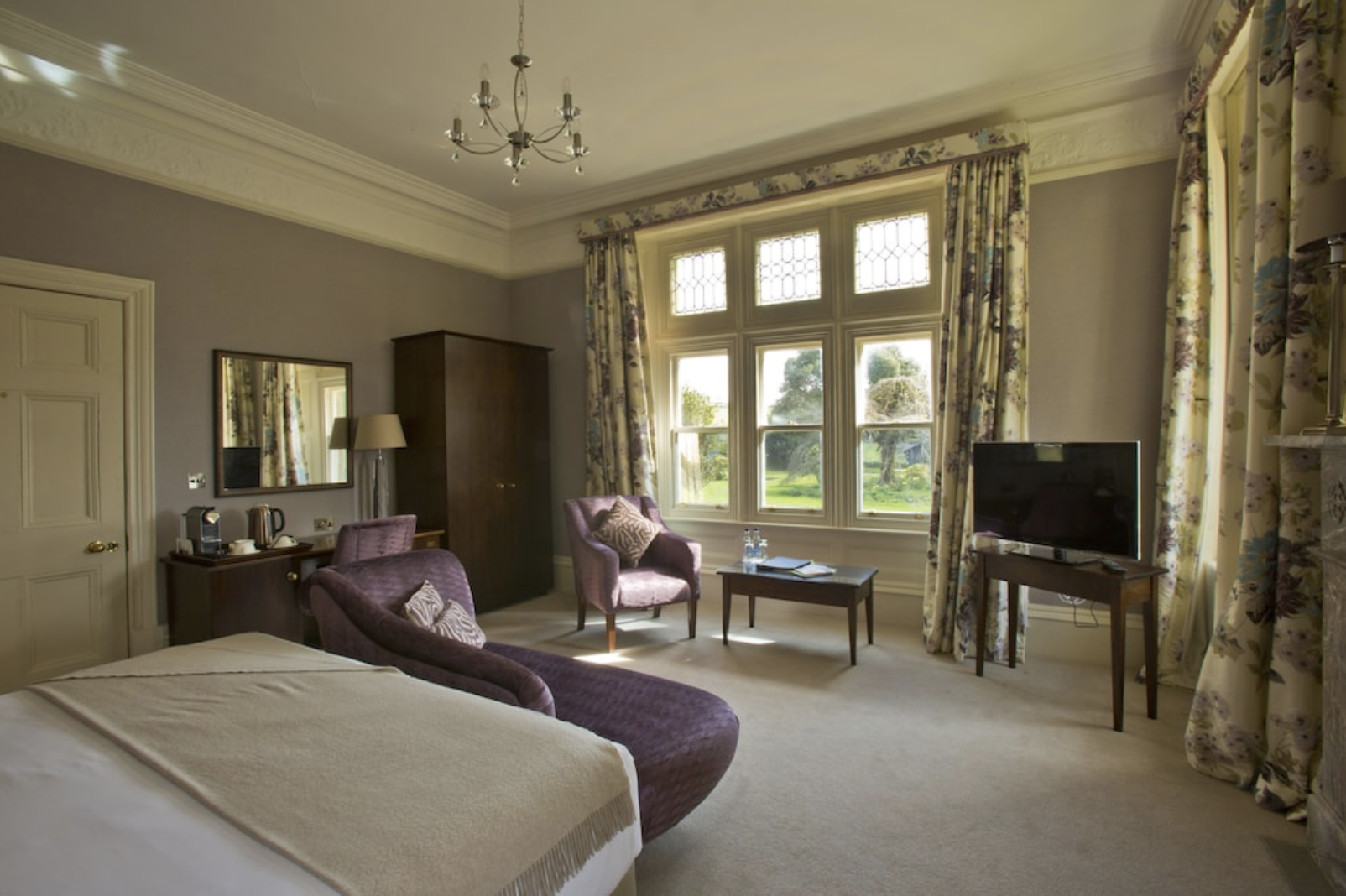 Set on the brink of the sprawling green expanse of Exmoor National Park, this luxury 11-room country estate, built in the late 19th-century, is also home to an award-winning restaurant. Chef Michael Caines helms the Coach House restaurant where there’s a rotating menu highlighting local produce including rabbit leg and chicken liver pâté. Fancy being in the great outdoors? Have the hotel arrange a picnic on the lawns. 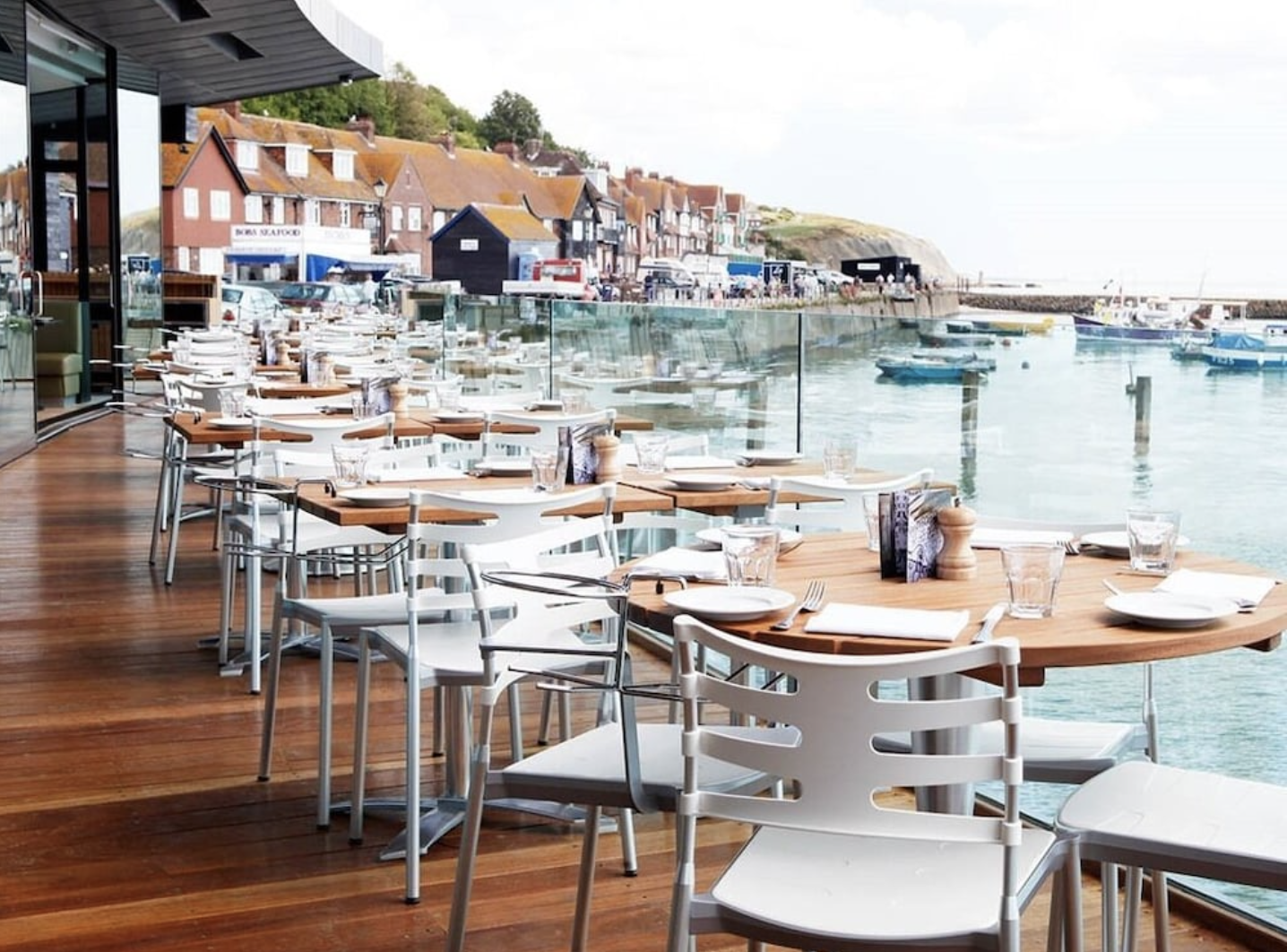 The Rocksalt is right on Folkstone Harbour, so diners can be assured that each dish is subliminally fresh. Chef Mark Sargeant executes a wonderful seafood-heavy menu andthe mackerel, crab and prawns are caught straight from the waters that envelope the curved-shaped restaurant while other ingredients are sourced from the nearby Kent Downs; come for a Sunday roast for roast fish. The four guestrooms with exposed brick walls and wooden ceiling beams rest above the Smokehouse, an adjacent fish and chip place also owned by Sargeant. 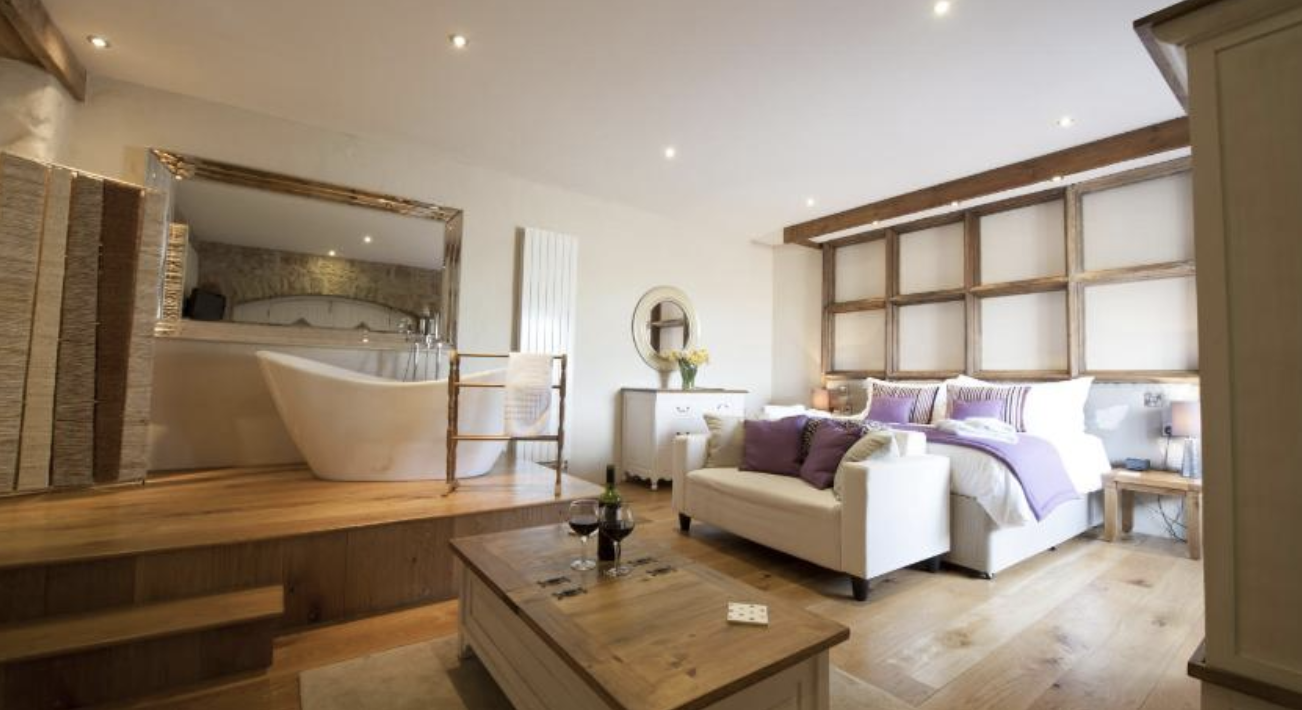 Hugged by woodlands and Tenby Beach, Trefloyne Manor on Wales’ Pembrokeshire coast is known for its 18-hole golf course, making its lesser-known restaurant a gem of sorts. There is seafood stew, pan-fried tiger prawns and fish caught from Tenby Harbour. Vegetables are sourced from the guesthouse’s own gardens and meat for the slow-braised beef cheeks and other menu items from family-run butchers nearby. The 12 rooms are spread across the main building and a converted coach house. 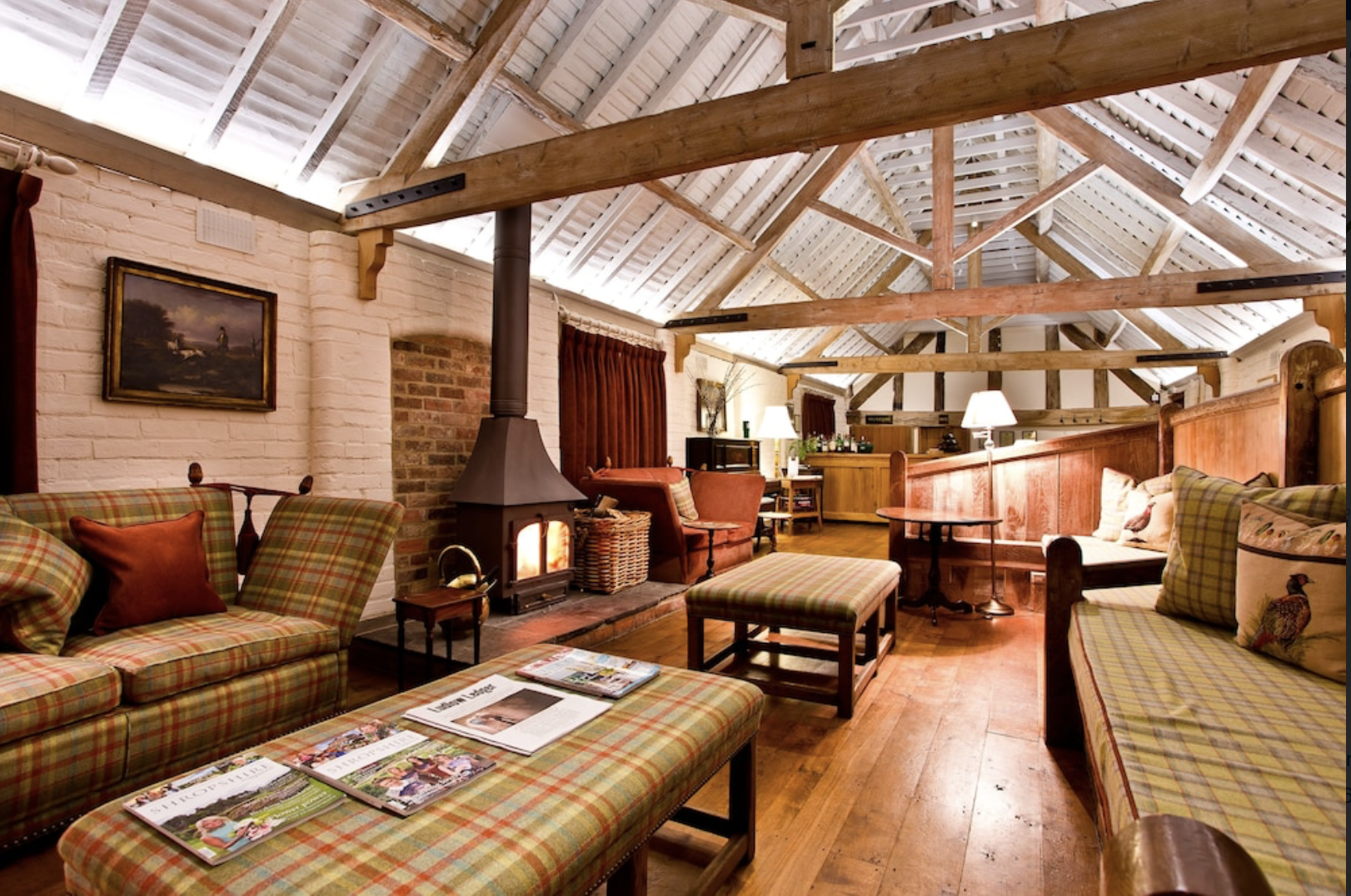 With nine rooms dispersed throughout the renovated barns and stables of an 18th-century farmhouse and cider mill, the Old Downton Lodge feels like a mini village. Nestled in the market town of Ludlow, the Shropshire Hills provide a picturesque backdrop for Karl Martin’s fine dining restaurant. Only dinner service is available and there’s a daily-changing menu that could consist of cod, sea bass, quail or Wagyu beef with snails. 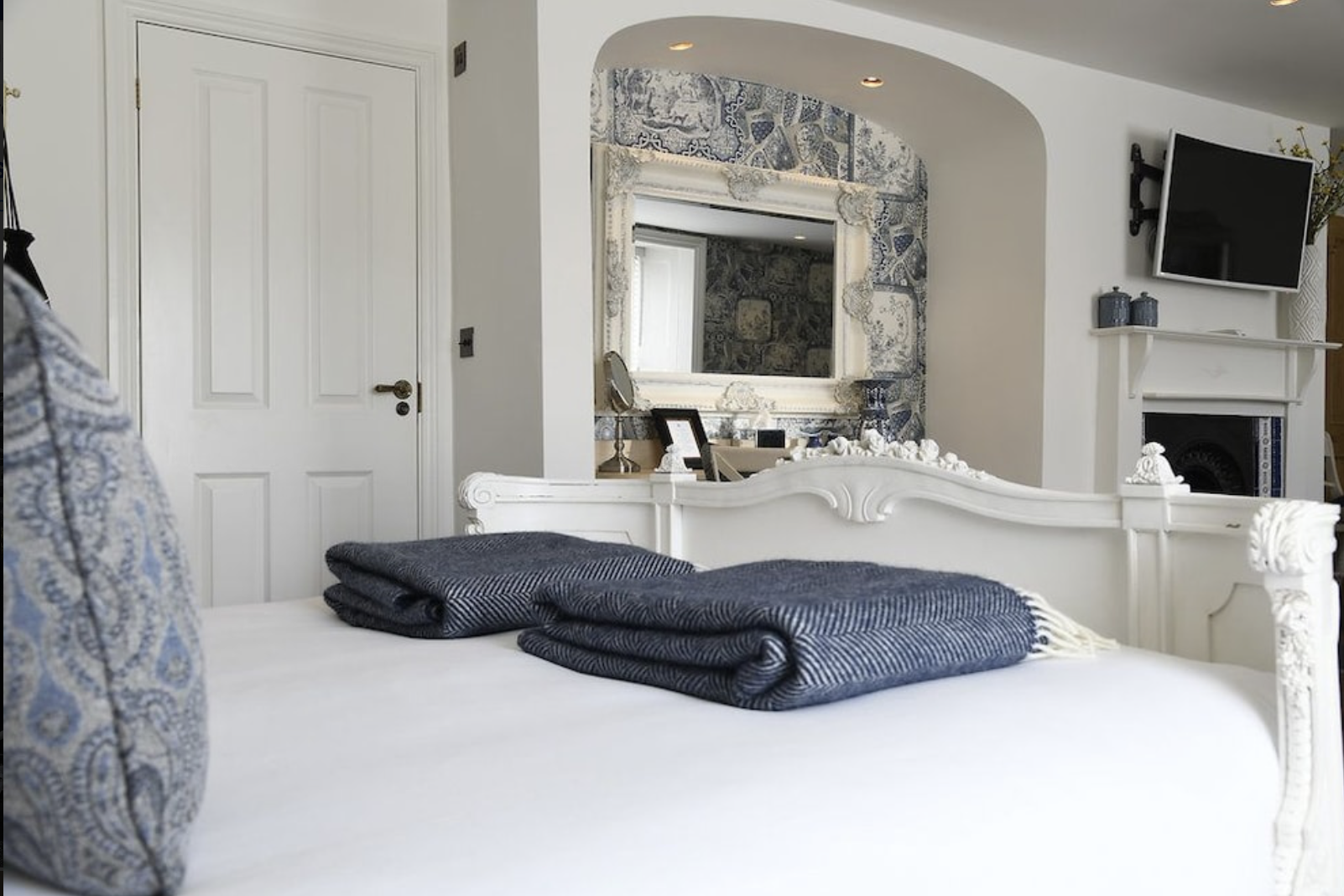 This bed and breakfast occupies a pretty 18th-century Georgian townhouse by Padstow Harbour in Cornwall. Inside are six guestrooms with lemon and steel grey furnishings and a restaurant called No. 6. Chef Paul Ainsworth owns the B&B and restaurant and meals are prepared with a homely touch. Fill up on the locally caught fish of the day, crab and raw scallops but save room for Ainsworth’s signature three-course dessert.

A massive stone building set in the vast greenery of the North Pennines, the Lord Crewe Arms looks as impressive as it perhaps did when it was built in the 12th century. The 21 individually decorated rooms are spread across old cottages on the compound but it’s the restaurant that people come for. Chef Emma Broom prepares classic British dishes with some ingredients plucked right from the garden. There’s cod with aubergine stew, roasted garden artichoke and fish with garden herb sauce.

Just a short drive from Brighton Beach, the Ginger Pig in Hove is a snazzy gastropub in a faux Tudor building with painted white brick walls, dark wood floors and teal chairs. The kitchen serves seasonal dishes such as sea bream, brown crab with asparagus and salmon fishcakes; come for a Sunday roast of chicken and ham hock pie. The 11 rooms upstairs follow the same teal colour scheme with splashes of orange. 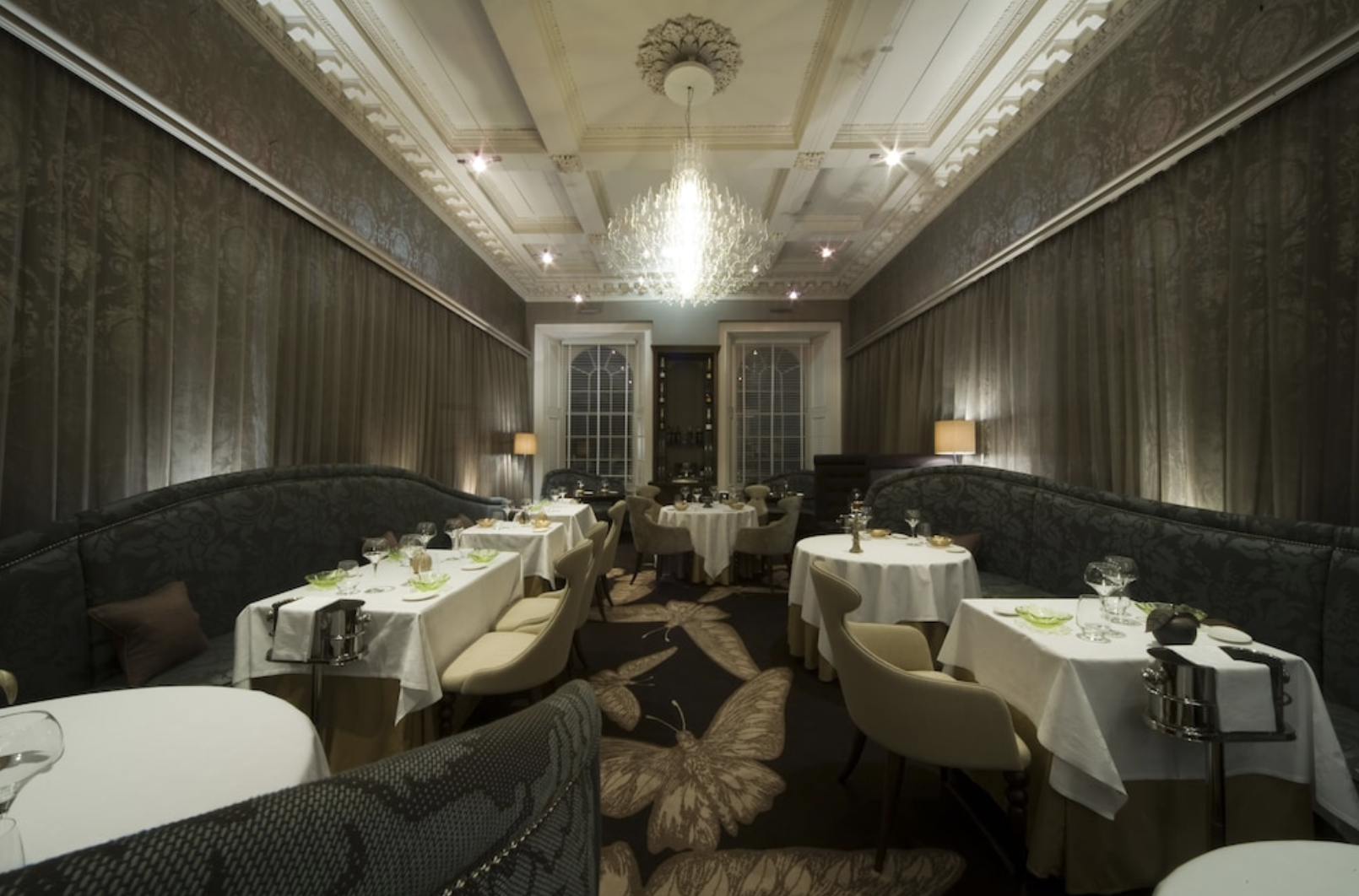 A simple Georgian terrace on bustling London Road in Edinburgh conceals a rather ornate but pretty dining area with plush sofa chairs, curtains and large butterfly print carpets. Paul Kitching oversees this award-winning restaurant with a weekly-changing menu that always includes inventive concoctions such as chicken with Brandy snaps. The four rooms above are elaborately decked, like the restaurant, with silver, bronze and gold accents and velvet-clad sofas.