Whether you're dreaming of a long soak in a hot tub in the woods or a hot stone massage by the sea, the time is almost here. With lockdown easing and hotels re-opening, go ahead and book a retreat for the whole family. These family-friendly hotels from Wales to the Lake District offer activities to keep children occupied while the grown-ups can have a spa break – or go fishing or enjoy a gin tasting session. 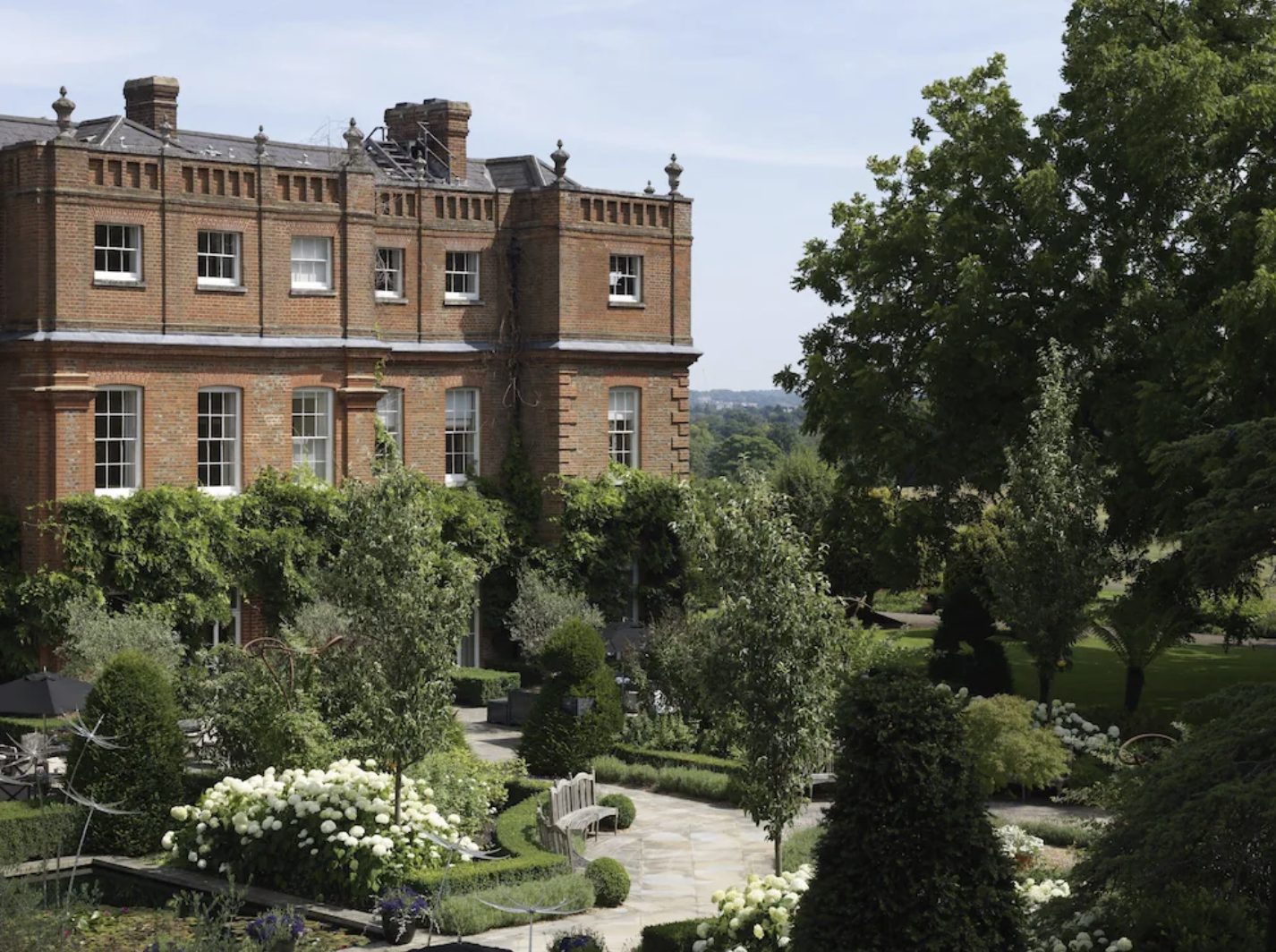 With luxurious rooms with four poster beds that look out into the quiet greenery of the Hertfordshire countryside, The Grove also has an award-winning spa where guests can reserve Ayurvedic treatments, aromatherapy or body wrap sessions. Guests are truly spoiled for choice: the large outdoor pool opens in May and there are two indoor pools, one for children. Sign the little ones up for a forest camp while adults can partake in hawking, archery or clay pigeon shooting. A seven-minute drive away is Warner Bros. Studio Tour London, home to the Wizarding World of Harry Potter. 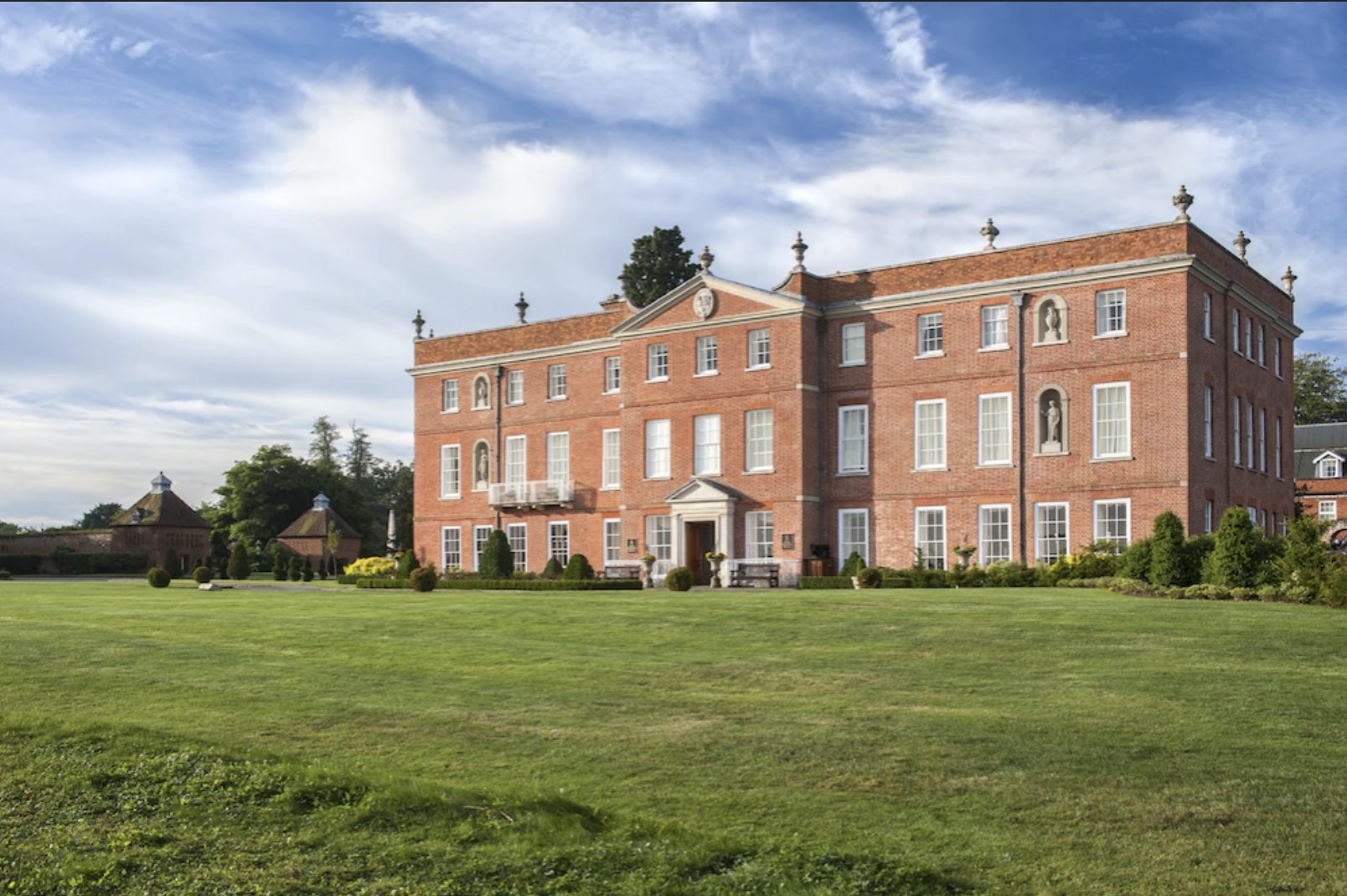 Just an hour's drive from London, the Four Seasons Hotel Hampshire is a regal red-brick Georgian manor framed by manicured hedges and set in 500 acres of Hampshire countryside. It's a mix of relaxation and adventure at this grand estate. Have a Swedish massage or a rose spice candle massage with warm, melted candle wax dripped over the body while the children play in Sharkie's Reef, an indoor pool with slides and bubble jets or traverse ropes in trees at the highwire adventure in the hotel's woodlands. 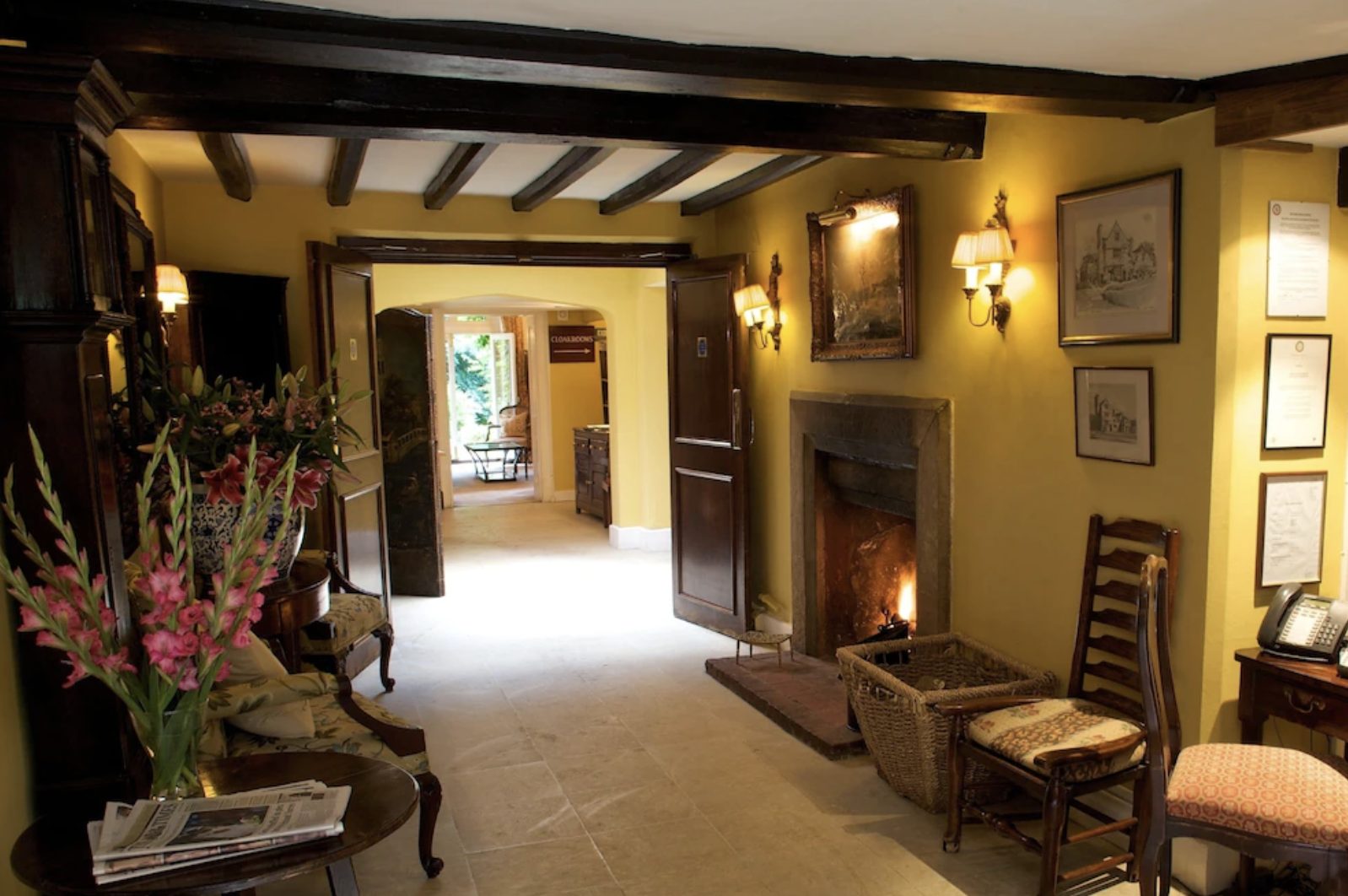 A 16th-century stone manor in Cuckfield Park in West Sussex, Ockenden is a mix of old world charm and modern luxury. The swimming pool is both indoors and outdoors, separated by a glass window with a passage to swim through. Relax in the spa's isopod, a saltwater floatation tank and rinse off in the rainforest shower fed by the hotel's natural underground spring. Save a day or two for a family outing. A 20-minute drive away is the Bluebell Railway, the historic steam railway that chugs through the verdant East Grinstead countryside. Twenty minutes in the other direction is Knepp Wildland Safaris, home to turtle doves, falcons and purple butterflies. 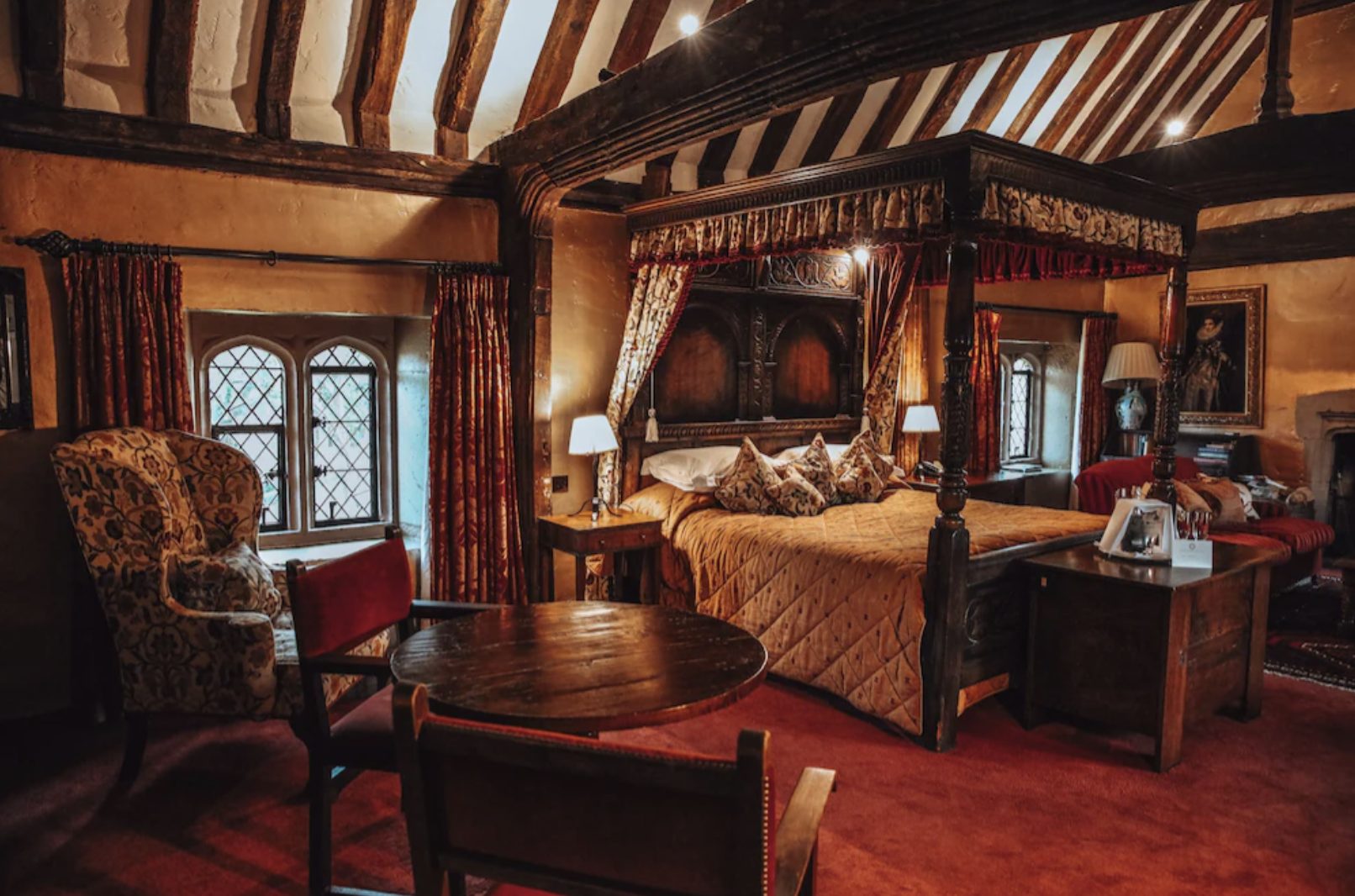 A lovely lavender-lined pathway leads the way to this 1920s stone house built by a Lord of the Guinness Brewing family. Take a dip in either the indoor pool in a glasshouse with wood beams or the outdoor infinity pool backed by trees, then have a massage on one of the waterbed-topped massage tables. For a fun family outing, the pebbly Climping Beach is just a 10-minute walk from Bailiffscourt and a 15-minute drive inland is Arundel Castle, a restored Medieval castle perched on a hill and surrounded by a vast forest. 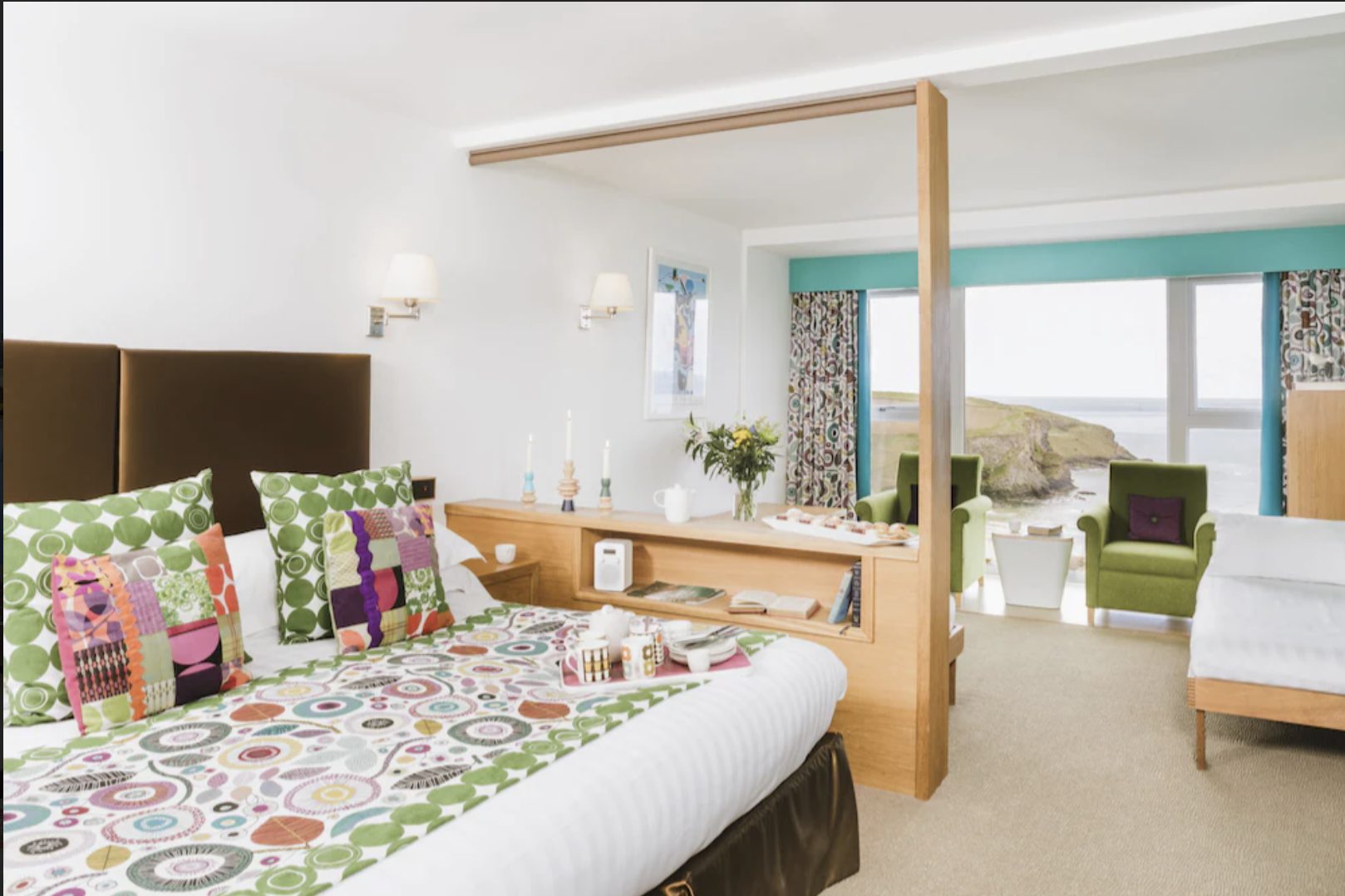 Spread across a grassy cliff on the Cornish coast, Bedruthan Hotel and Spa has multi-tiered circular pools overlooking the Celtic Sea. Located right above Mawgan Porth Beach, children and adults can rent wetsuits and learn to surf here. Relaxing yet lively, guestrooms come with sea views and furniture with bright pops of colour. Leave the children at the Kid's Club or ball pit and go for a hammam treatment or full body massage with a seaweed foot scrub at the spa. 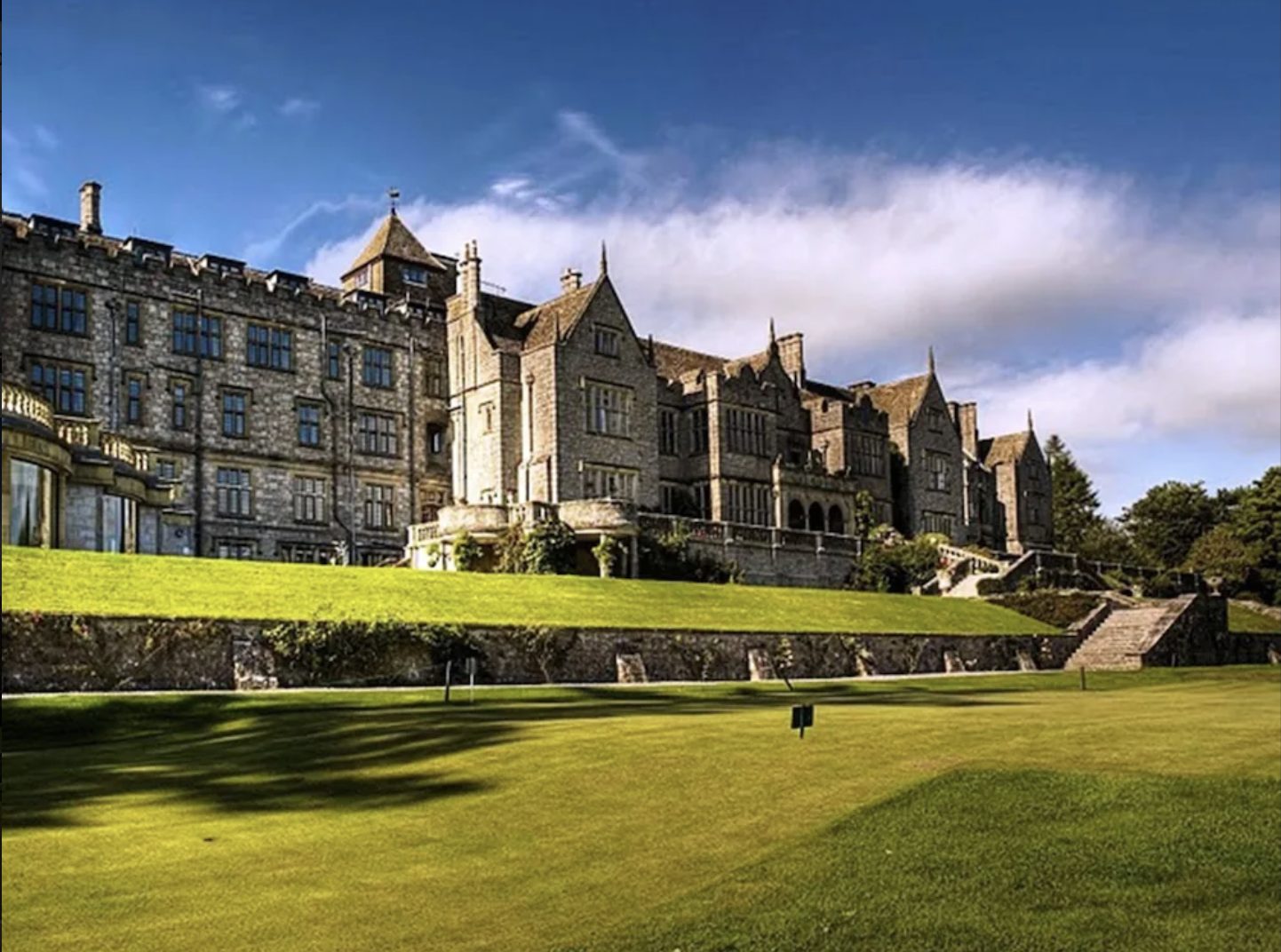 Set in the rolling hills of Dartmoor National Park, this early 20th-century castle is a vision of grandeur with its grassy slopes and lovely imposing stone staircases fringed with flower beds and sculptural art in the garden. Have a swim in the indoor Art Deco-style swimming pool surrounded by windows that look out to the 275 acres of countryside, then book a hot stone massage or body wrap at the spa. Send the kids to the Bovey Rangers club where they can rock climb, canoe and paint, while the adults partake in a session of sloe gin tasting. 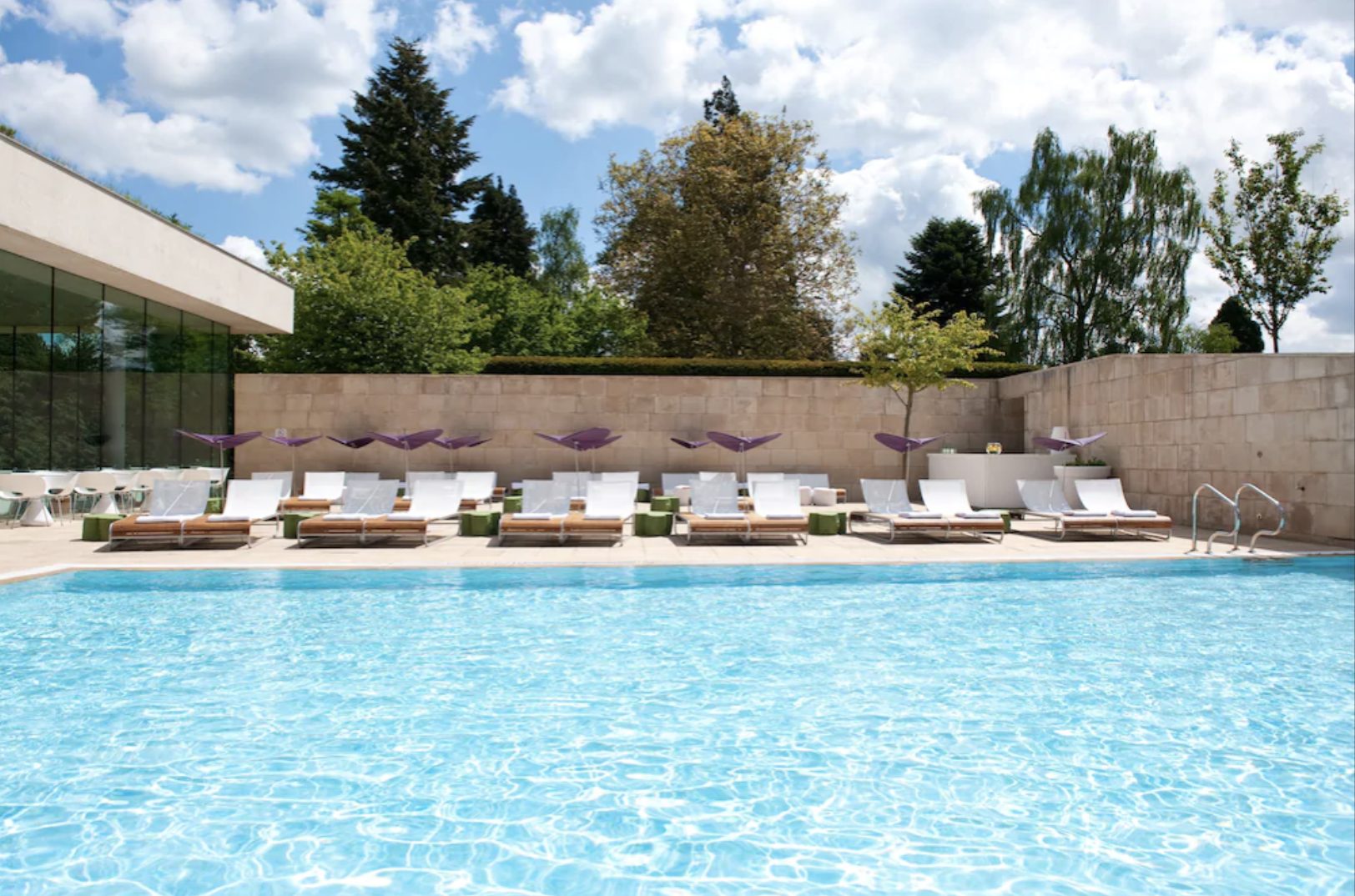 Tucked in the blissful green expanse of Cheltenham in the Cotswolds, the cream-façade Victorian mansion was built in 1870 and today, Cowley Manor is known for its award-winning C-side Spa. The hotel has its own bath and skincare range, Green & Spring, made with herbs and natural spring waters from the manor's own grounds, and used in facials, body scrubs and other spa treatments. Lap it up in the indoor or outdoor pool and explore the woodlands and lakes – Wellies in all sizes can be rented. The Cowley Kid's Club also teaches children about the creepy crawlies found in the gardens. 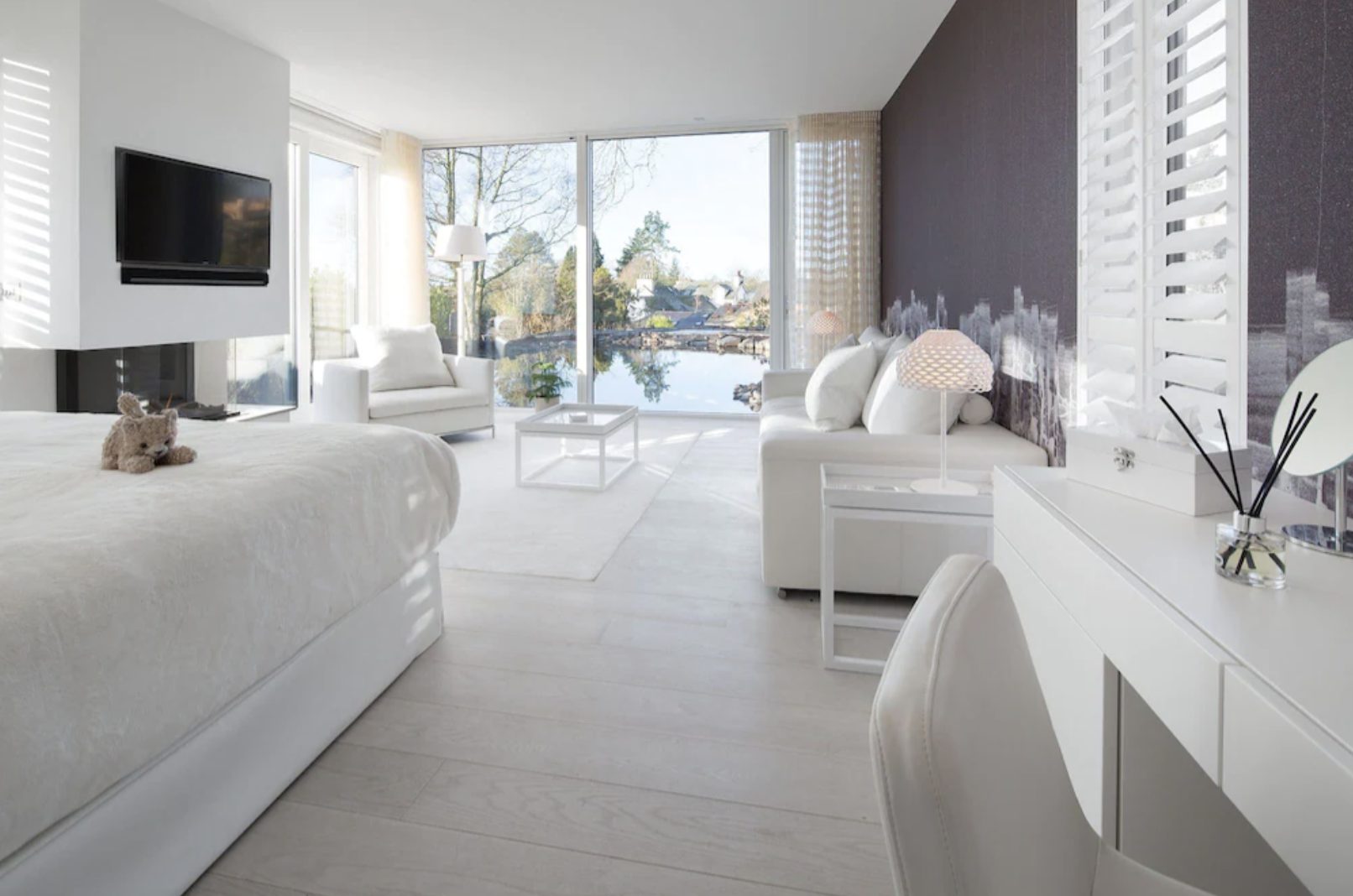 It's easy to get lost in the magical world that is the Gilpin Hotel & Lake House – simply wander the gardens which are home to resident llamas and alpacas. This Lake District retreat has 25 rooms in an early 20th-century brick house and six spa lodges near a big lake with en-suite spas and hot tubs. The Jetty Spa has Swedish-style spa treatment rooms and guests staying in lodges can also reserve in-room treatments. Less than a 10-minute drive away is the World of Beatrix Potter, where children and adults can explore the whimsy surroundings that inspired the children's book author to create Peter Rabbit. 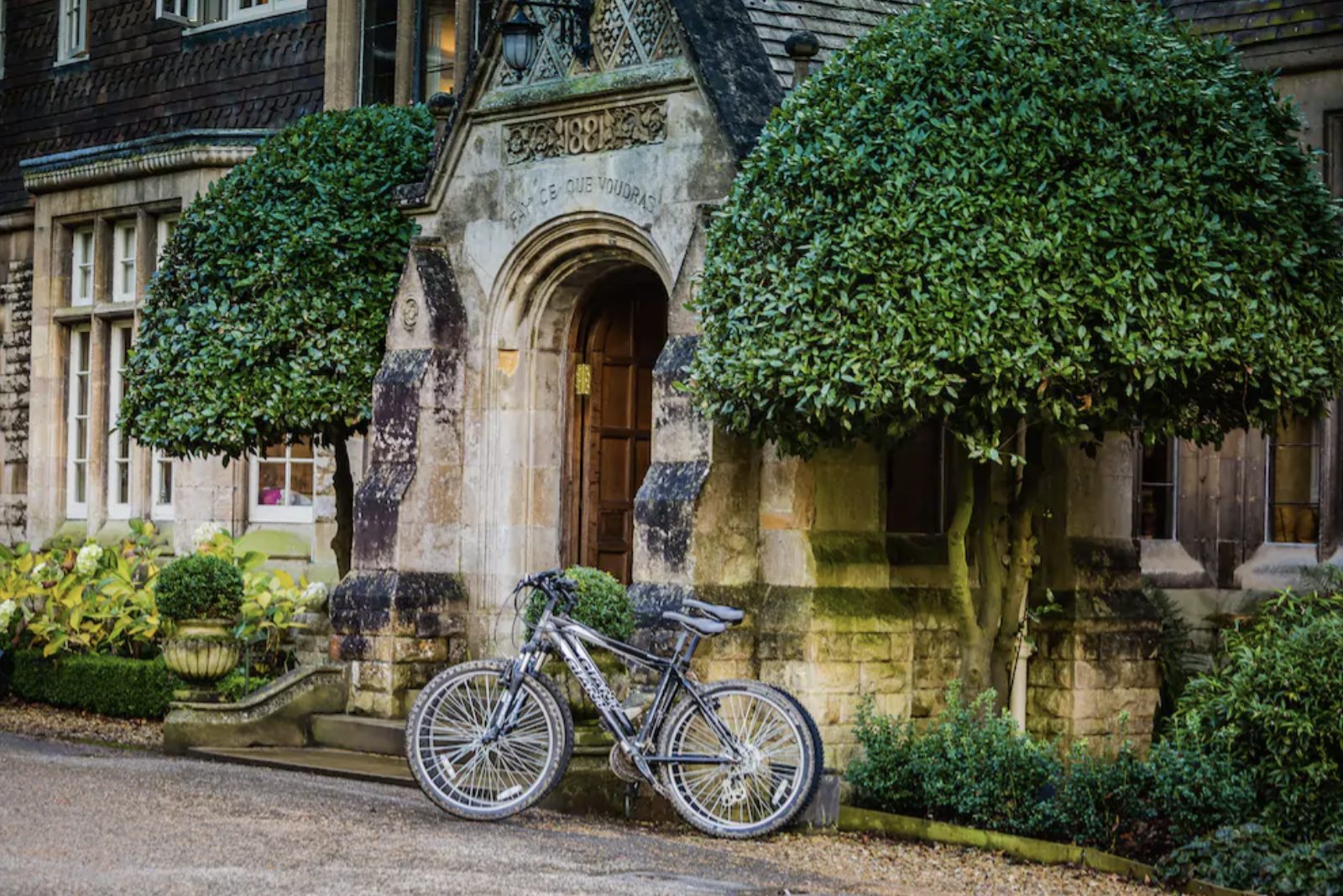 When Hambleton Hall was built in the 1880s, it overlooked a hamlet, but since 1978, it's been surrounded by Rutland Water, a manmade reservoir and one of the biggest artificial lakes on the continent. A stone's throw away is Aqua Park Rutland with its inflatable obstacle course of slides, bridges and hamster wheels. The hotel itself has a Michelin star restaurant, a stately outdoor swimming pool in the lawns perfect for lounging all day and a centre for leisure activities such as sailing and cycling. 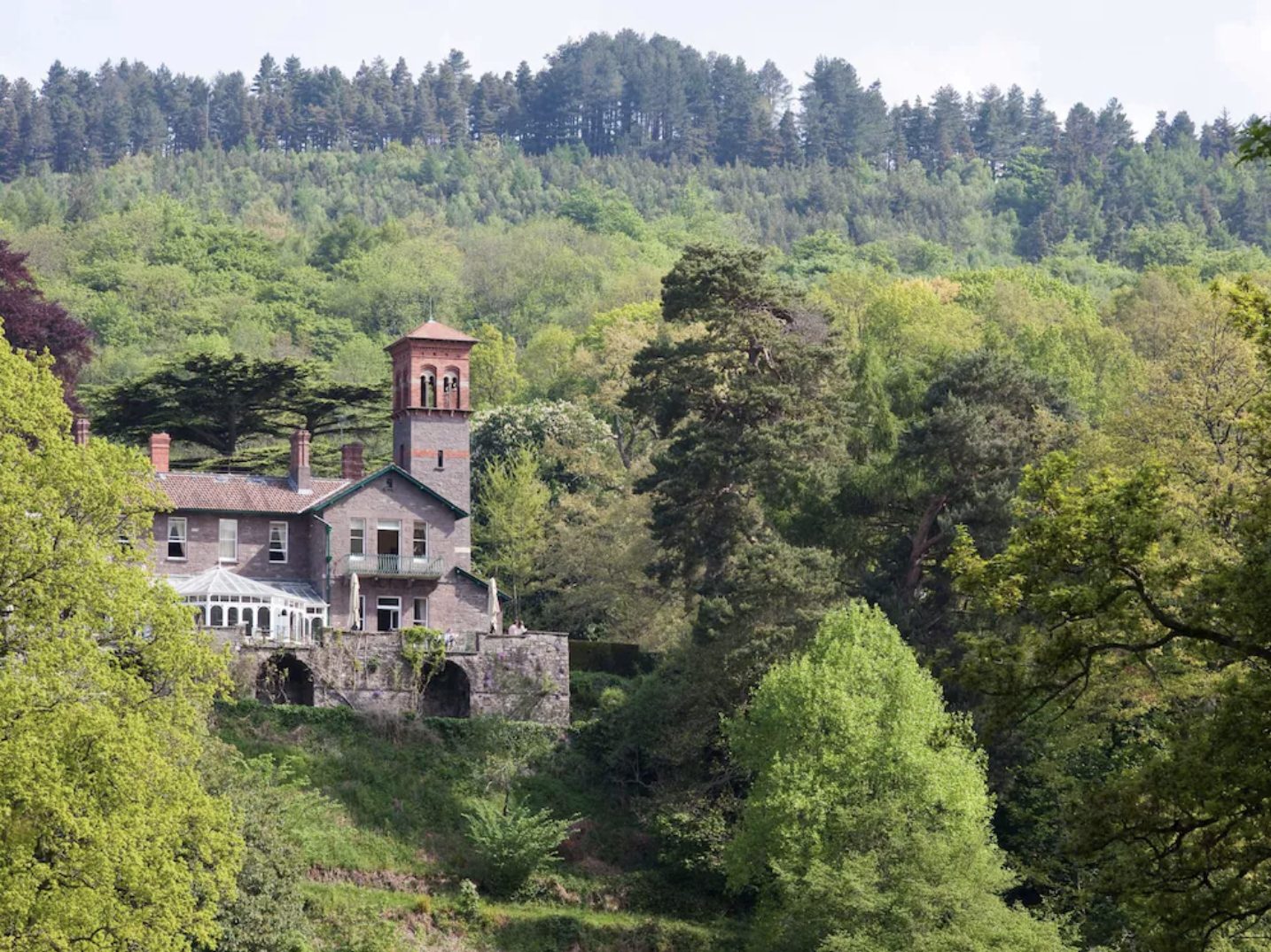 This lovely 1880s Victorian country house by the River Usk in Wales has been a popular fishing destination for over a century and people still come here for wild brown trout fishing. Set in the ancient oaks and cedars of Brecon Beacons National Park, outdoor activities including croquet and cycling are abundant. The hotel can arrange a picnic on the lawn for the whole family and children's high tea in the conservatory. Choose from one of the many massage parlours, spas or mani-pedis nearby to unwind. 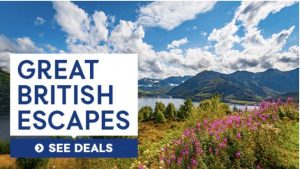