7 hotels straight out of a Wes Anderson movie

With its pink façade, vintage uniforms and eccentric guests, the Grand Budapest Hotel is the stuff of holiday dreams. If you've ever fantasized about staying in such a place, you should consider the following hotels, all of which feel straight out of a Wes Anderson movie. You may not end up on an adventure with the concierge, but you'll experience...

With its pink façade, vintage uniforms and eccentric guests, the Grand Budapest Hotel is the stuff of holiday dreams. If you’ve ever fantasized about staying in such a place, you should consider the following hotels, all of which feel straight out of a Wes Anderson movie. You may not end up on an adventure with the concierge, but you’ll experience all the beauty of the director’s best films. 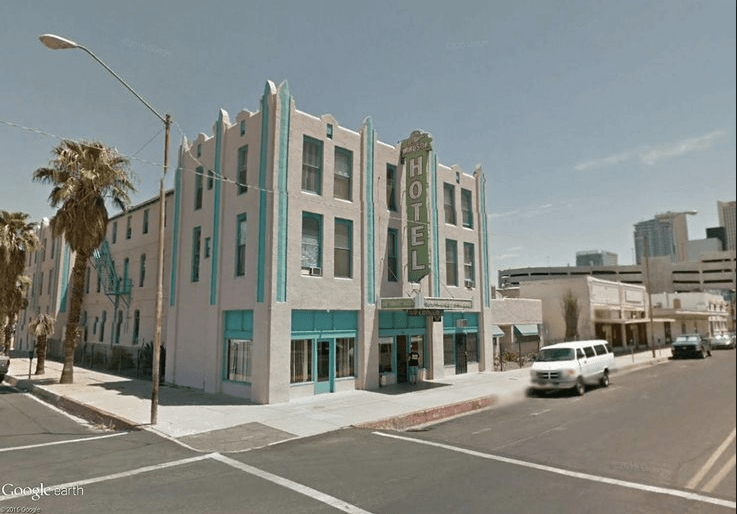 Built in 1893, the New Windsor is the only 19th-century hotel still in use in Phoenix, earning it a spot on the National Register of Historic Places. Originally a Victorian, brick building, it now features a stucco façade and large sign proclaiming its name in red, neon letters. Design touches like the three-bay entry, modern pilasters and coved ceiling further add to its charm. 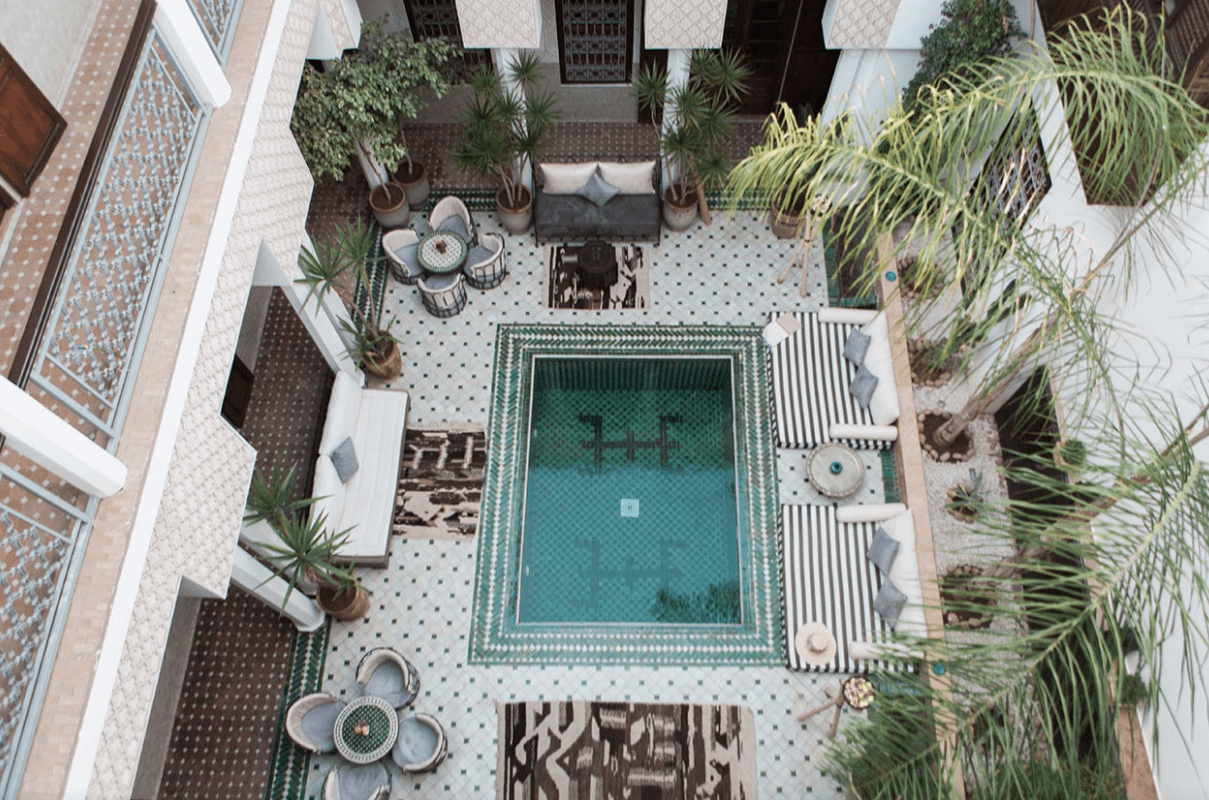 A boutique hotel in the heart of the medina, Riad Yasmine features seven spacious guestrooms decorated in traditional Moroccan style. Each overlooks a lush patio, where potted palm trees surround a richly tiled pool. Also available to guests is a rooftop terrace and a beautiful restaurant, complete with a fireplace and carved stucco ceiling.

Opened in 1874, the Grand Hôtel sits directly on the waterfront, looking across the harbor to the Royal Palace. Some of its sophisticated suites even come with binoculars and guides to the breathtaking views. Popular with celebrities, the hotel also boasts a glittering ballroom, winter garden, Nordic spa and several restaurants. 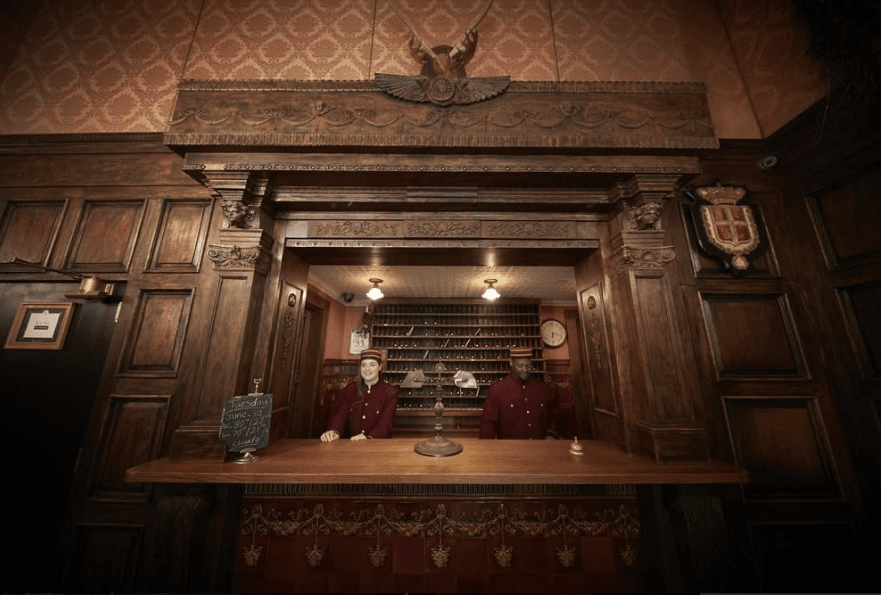 Built in 1908 as a home for sailors, the Jane also hosted Titanic survivors in its past life. Today, it welcomes visitors from all over in its compact guestrooms, each decorated in quirky, bohemian style. Downstairs, the lobby staff’s vintage uniforms complement carved moose heads, stuffed monkey bellhops and potted palm trees. A clock with counterclockwise numbers hangs behind the front desk, while a tattered disco ball sparkles over the grand ballroom. 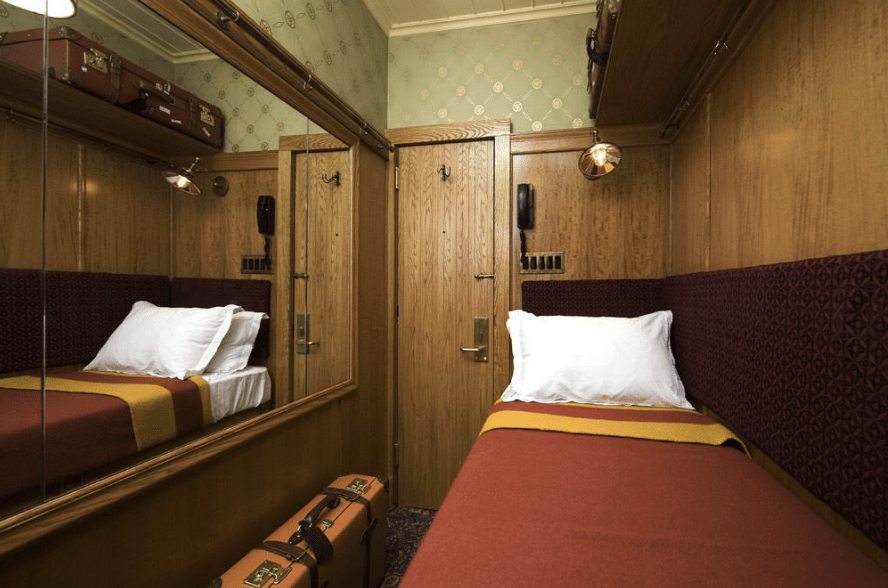 Located in the historic United Artists Building, the Ace boasts rooms with original artwork and vintage furniture. Also on offer is a coffee shop, restaurant and rooftop bar, complete with a concrete pool and city views. Most impressive, however, is the on-site theater, originally a 1920s movie palace with a grand lobby, ornate balcony and vaulted ceiling.

Opened in 1896, the Corinthia remains one of Budapest’s grandest hotels, capturing the city’s romance in its neoclassical façade. Inside, a sweeping staircase leads to 413 tastefully decorated guestrooms, featuring soft green carpet and marble bathrooms. A luxurious spa and several elegant restaurants further pamper guests, while a grand ballroom and six-story atrium add to the hotel’s glamour. 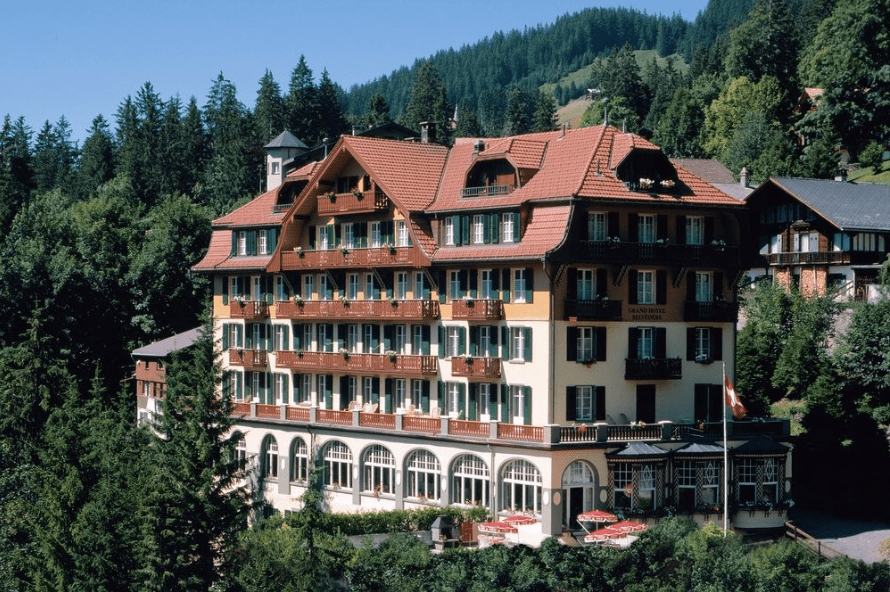 Located at the foot of Jungfrau, the Hotel Belvedere was built in 1921 in the Art Nouveau style. It’s since been refurbished to provide modern comforts but hasn’t lost any of its historic charm. Featuring warm décor, some rooms include exposed timber beams and balconies with mountain views. There’s also an airy restaurant with period details, and a wood-paneled bar with a roaring fireplace.