10 cool and unique hotels in The Canary Islands

When autumn befalls continental Europe, it's a great idea to fly south to the Canary Islands. These subtropical islands have black-sand beaches and volcanic mountains that are wonderful to explore in the comfortable autumn months. And we've rounded up some of the most unique stays from Lanzarote to Gran Canaria and the tiny castaway island of La Gomera. Want to wake up amongst the vineyards? Or stay in a historic mansion by the Atlantic Ocean? We've got you covered. 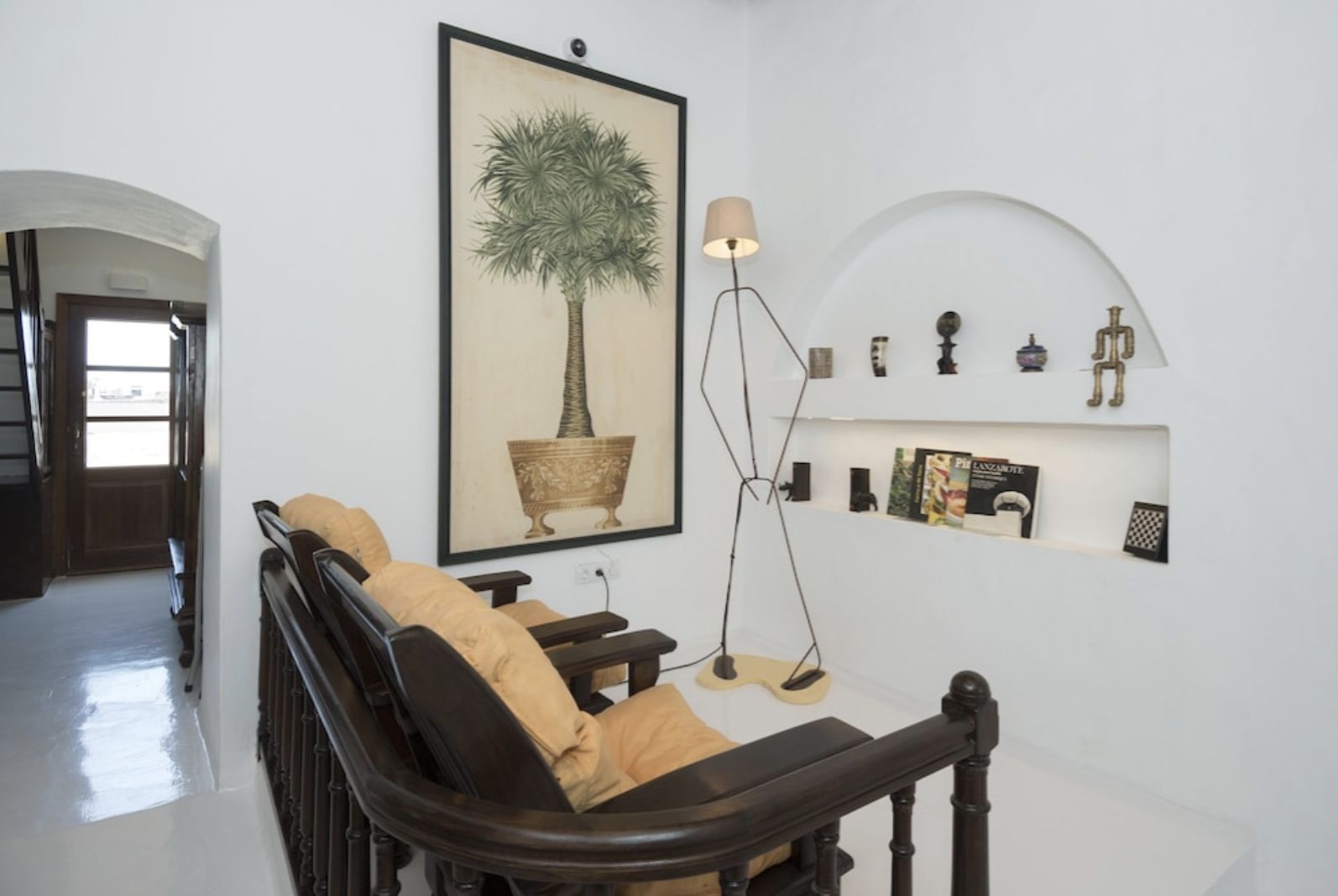 A renovated 1800s whitewashed building with dark wood doors set in a sweeping rural landscape in the south of Lanzarote, it's all about sustainability in Finca Isolina. Finca means estate and the six-room boutique hotel overlooking the Atlantic Ocean aims to keep its environmental impact low. The hotel derives its entire energy from its solar panels, which are also used to heat the swimming pool. Breakfast is scrumptiously homemade with fruits and vegetables from the estate's own garden. 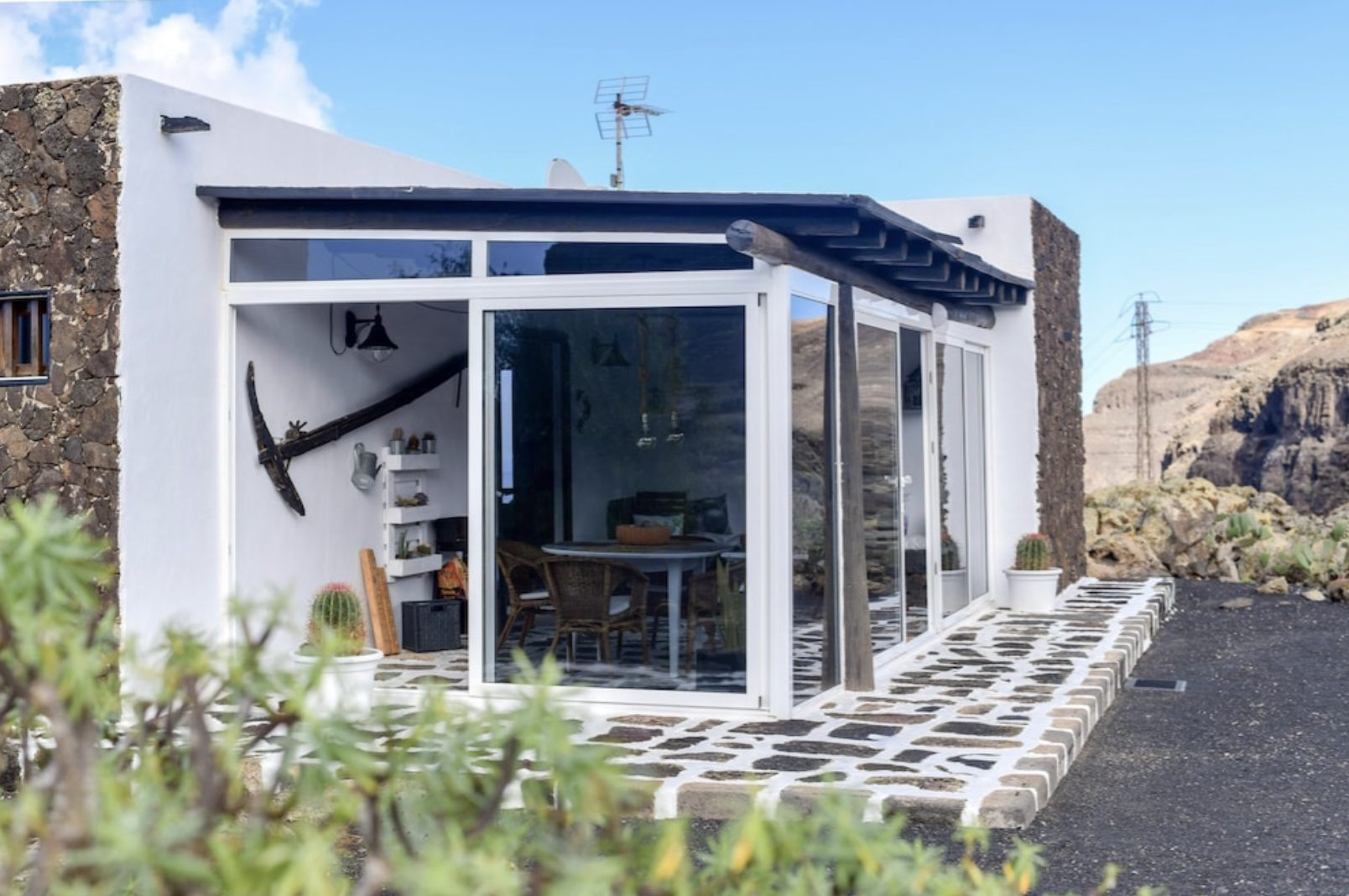 If you want to hear nothing but the swells of the ocean and the rustle of wind, this holiday home on a clifftop in the remote village of Yé in Lanzarote is for you. Casa Vereda del Risco sits on 20,000 square meters of farmland so this is the ultimate nature retreat. With stone floors, rattan chairs and glass walls with 360-degree views, it's both rustic and luxurious. Outside is a charming aloe garden and wild rabbits and goats roaming about. Hikes to nearby volcanoes and beaches are also recommended. 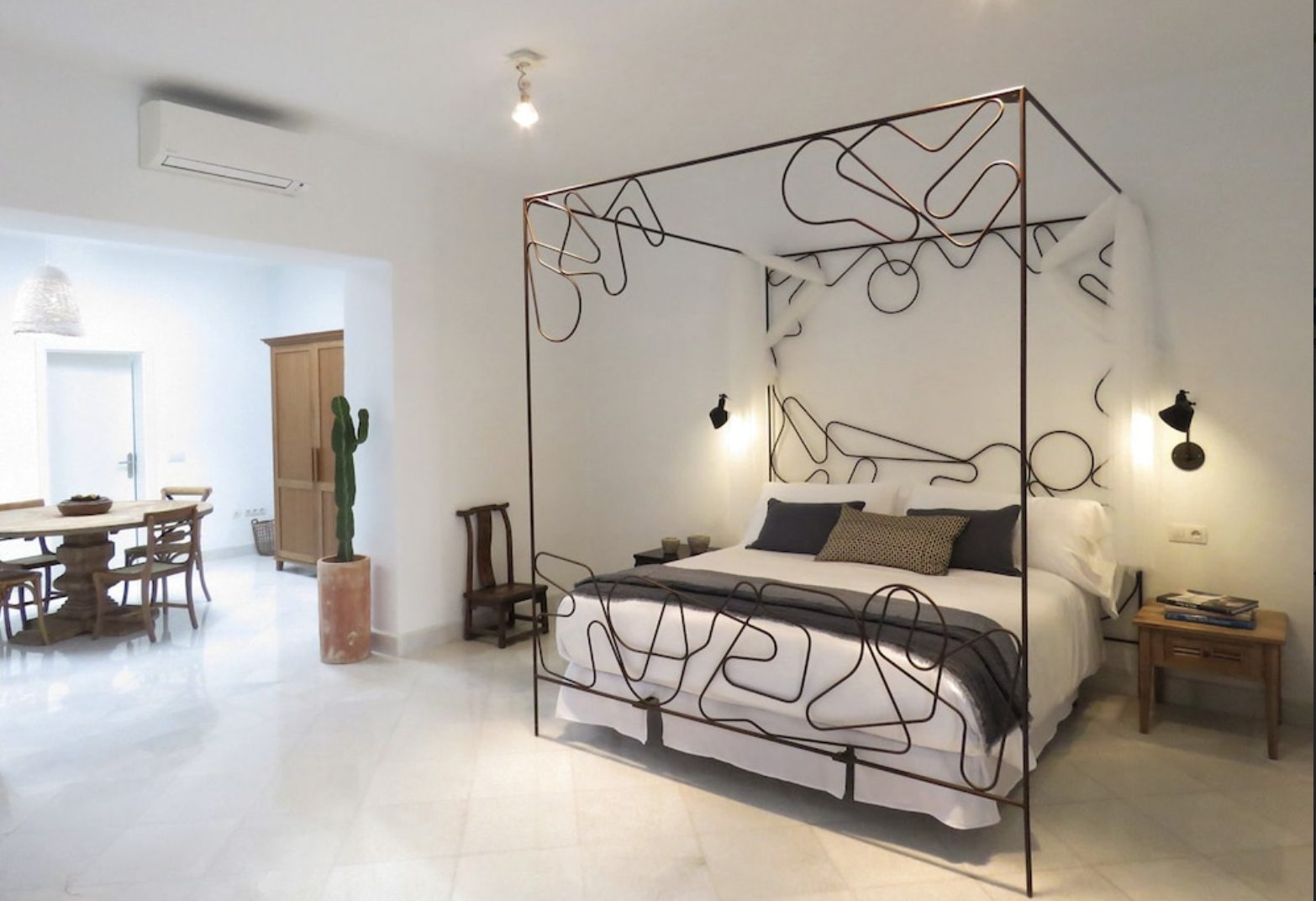 Bohemian vibes permeate this historical late 17th-century home in Teguise, Lanzarote. Palacio Ico derives its name from a local princess who lived on the island in the 14thcentury and it was also the former workshop of Swiss artist Heidi Bucher. The nine rooms have high coffered ceilings, mulberry floors and four-poster beds and the common areas are decked in local crafts. Breakfast is a wonderful assortment of local cheese and charcuteries arranged in crockery made by artisans in a nearby village and served on the patio. 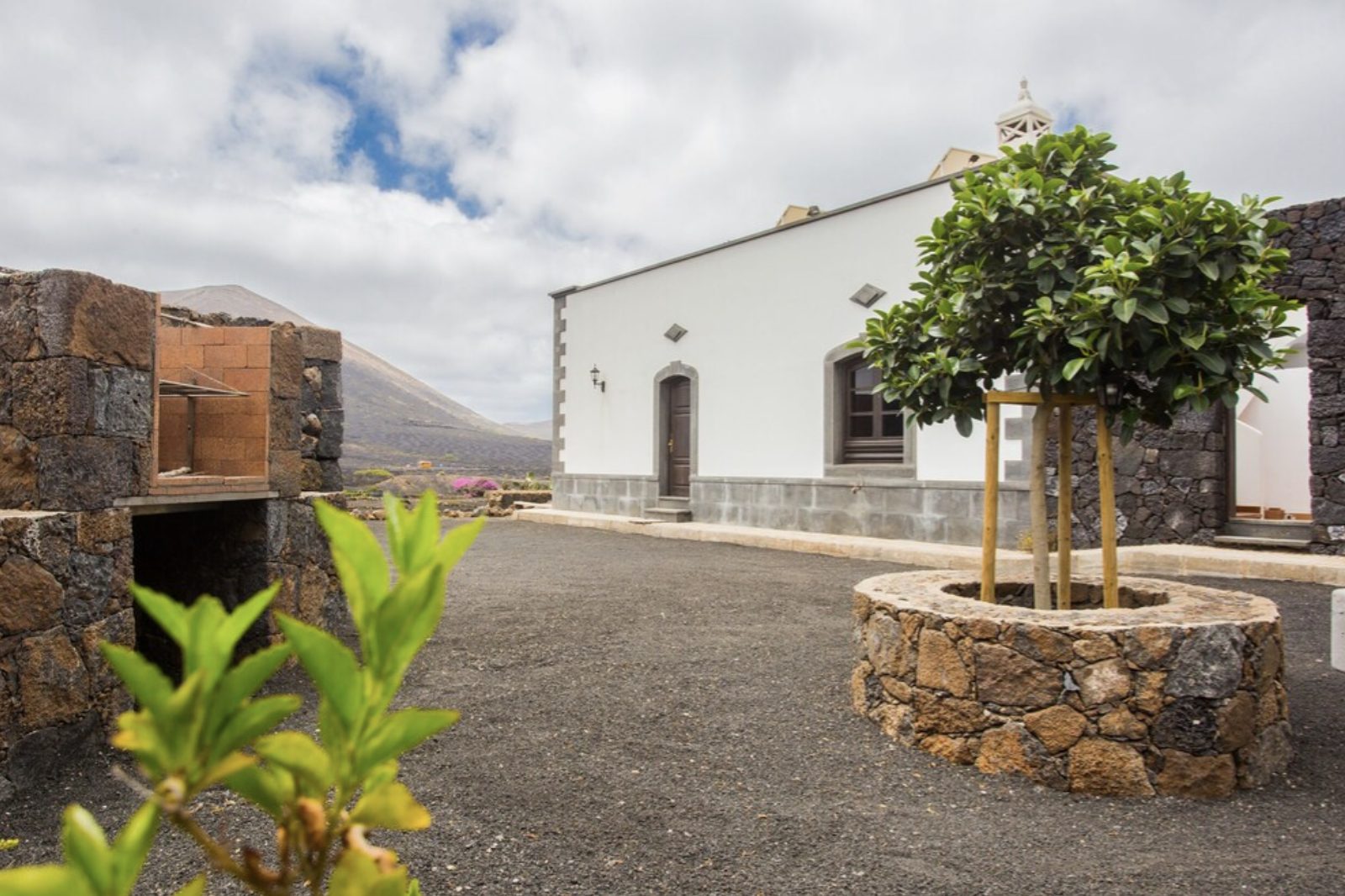 Finca de la Geria is a whitewashed 1950s estate set amidst volcanic vineyards in Le Geria, Lanzarote. The 16-room hotel is done in classic island style with dark green wood shutters and grand staircases and balconies. In the distance are the hauntingly pretty Timanfaya volcanoes and some of La Geria's best wineries are just a short walk away. The hotel's focus is gastronomic and the restaurant is noted for its delicious lunchtime tapas – think garlic prawns and ham croquettes – dinners of fish of the day and Iberico pork with Lanzarote goat cheese. And don't forget to drink the wine! 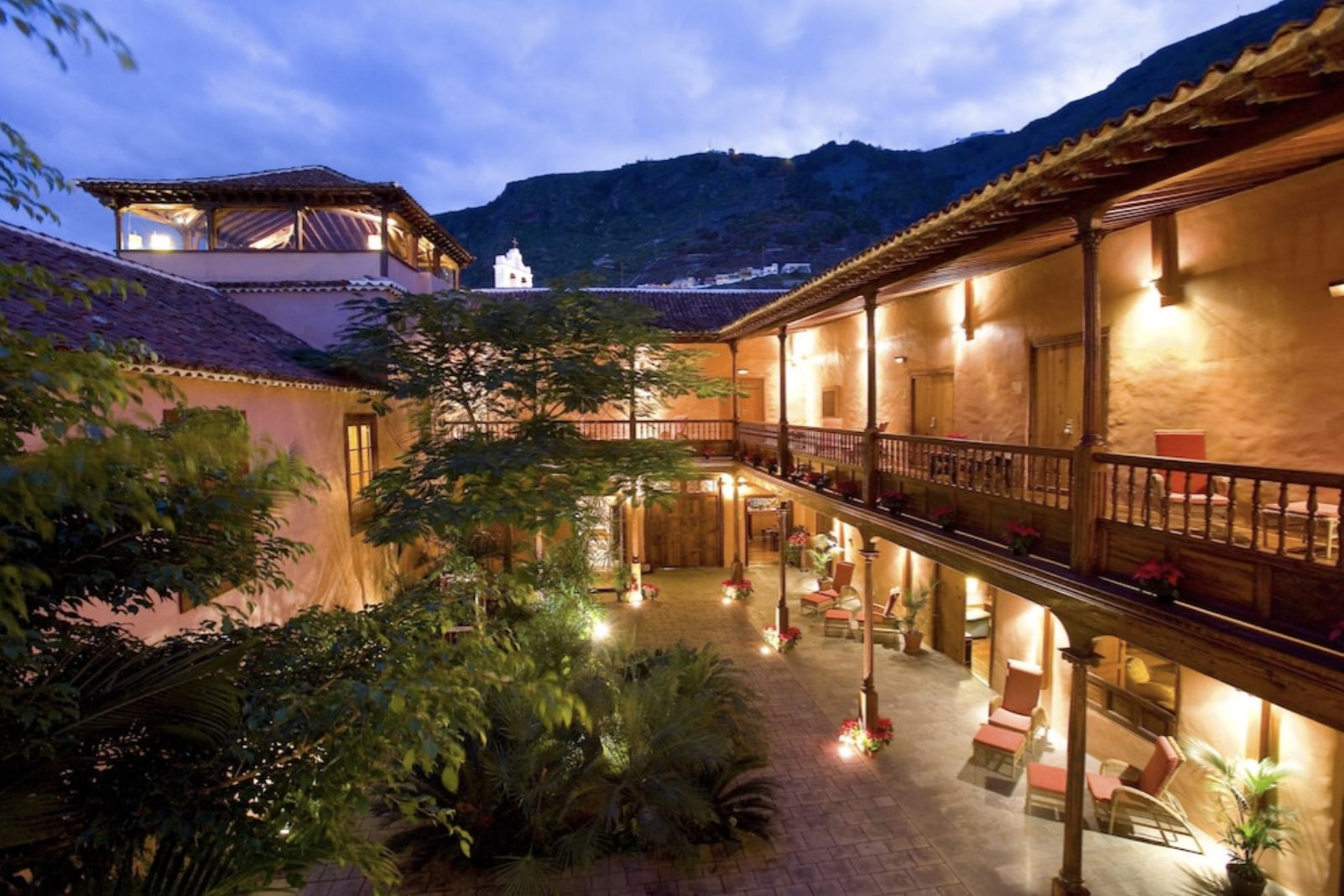 Despite its name – roja means red – La Quinta Roja is a pink building. Once the mansion of the Marquis of Quinta Roja in the 16th century, it sits on a lovely cobbled street overlooking the sea in Tenerife. Though it appears fortified on the outside, the inside of this 20-room hotel is airy with a large courtyard to let in the sea breeze. The hotel is built with respect for the environment in mind, from the rattan loungers to the ample ferns and towering trees. Nearby is the Plaza de la Libertad, the main square where locals gather for coffee and chit-chat. 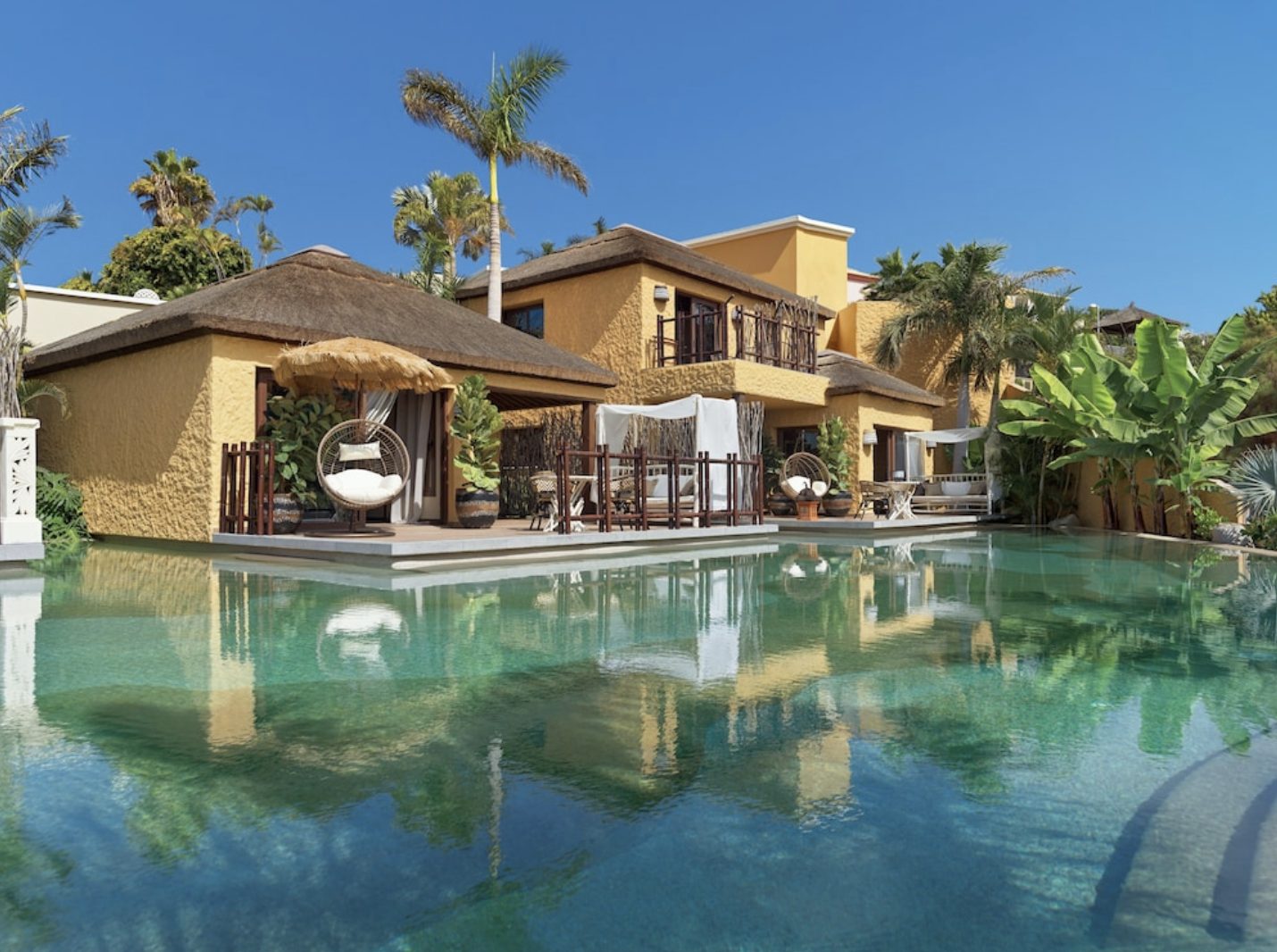 It is utter luxury at this sprawling adults-only hotel in the lush green hills of Tenerife – French Riviera meets jungle splendour to be precise. Elaborate water features and vertical gardens frame the walkway and a rooftop infinity pool with curves like waves looks into surrounding mountains and the ocean. The 50 villas are equally splendid, with gold and beige furnishings and some with private plunge pools or doors that open to the communal lagoon. Around the compounds are more than 3,000 trees and plants and the hotel also practices a zero-plastic ethos. Ingredients are sourced locally at the hotel's four restaurants. 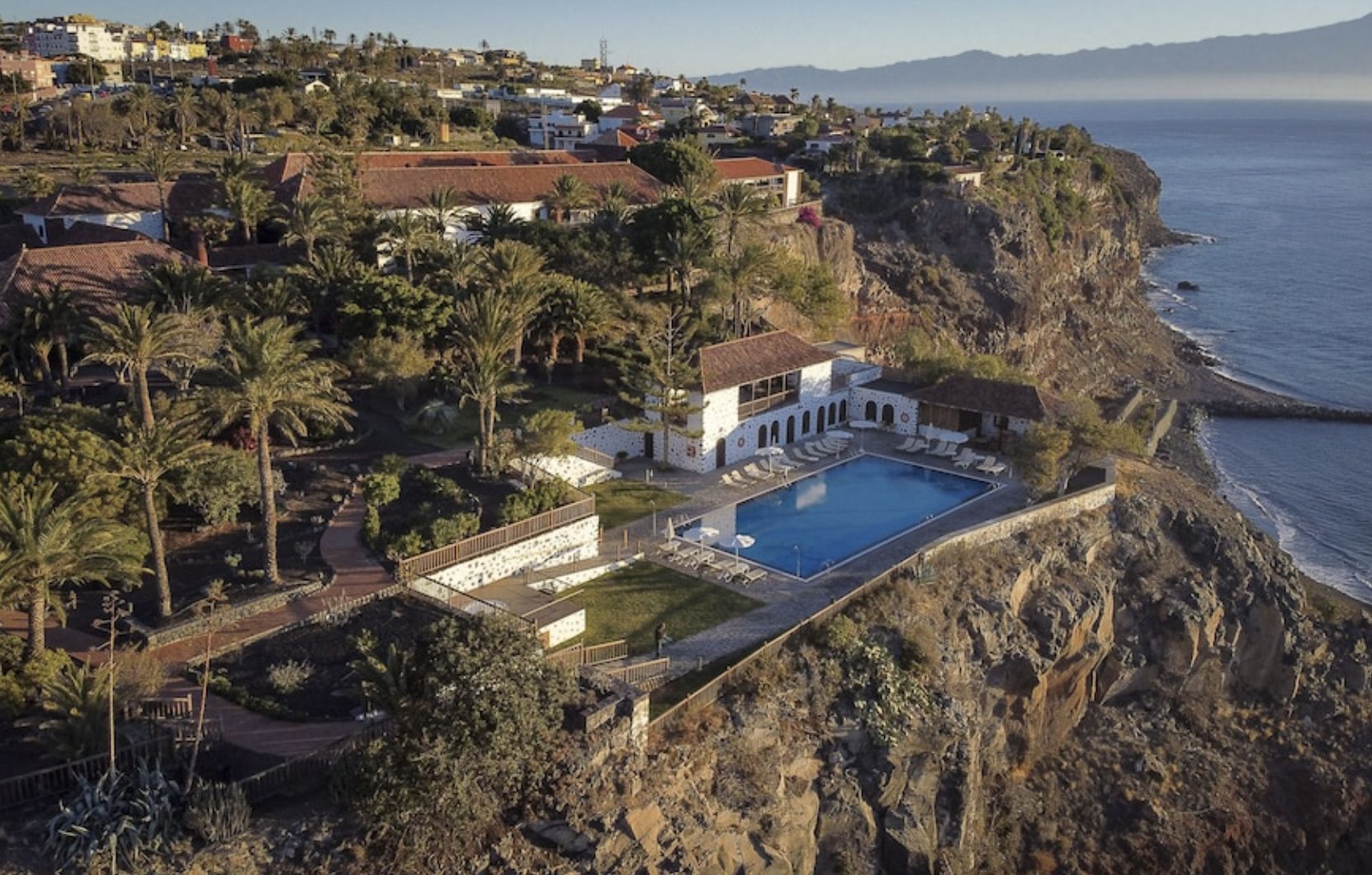 Situated on the tiny island of La Gomera just west of Tenerife, Parador de La Gomera is a vision of the classic island getaway. Perched on a hill above the ocean, it is swathed in tropical gardens and a nature reserve is not far away. Ample courtyards speckle the hotel, creating green lungs of grass and trees. The rooms have period furnishings with a mix of Castilian and Elizabethan style, with upper floors boasting sea views and ground floor rooms that open to the gardens. But you'll also want to save time for lounging on the island's black-sand beaches and hiking the craggy mountains. 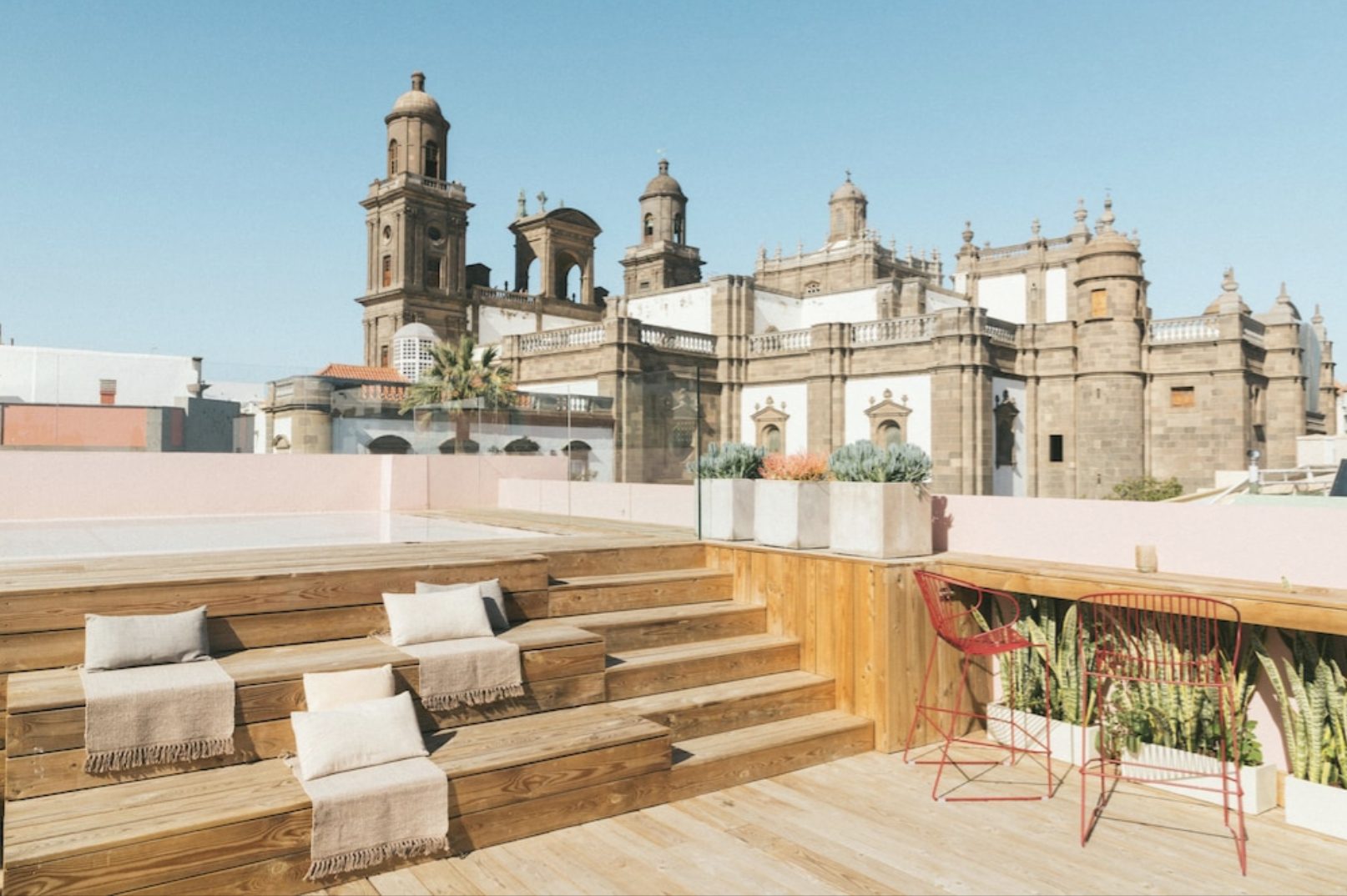 Veintiuno means twenty-one and the address of this adults-only hotel is Calle Espíritu Santo 21 in Las Palmas, the biggest city in Gran Canaria. The castillo-like ambience of this former 18th-century home is a wonderful base for a quintessential Las Palmas holiday. The 11 rooms are stylishly designed with light wood and cream hues and pops of colour. In the common areas, the original staircase is kept though other parts such as the rooftop splash pool have a modern sensibility. Steps away from the hotel is Vegueta, an area with trendy bars and restaurants, as well as museums and historic sites. 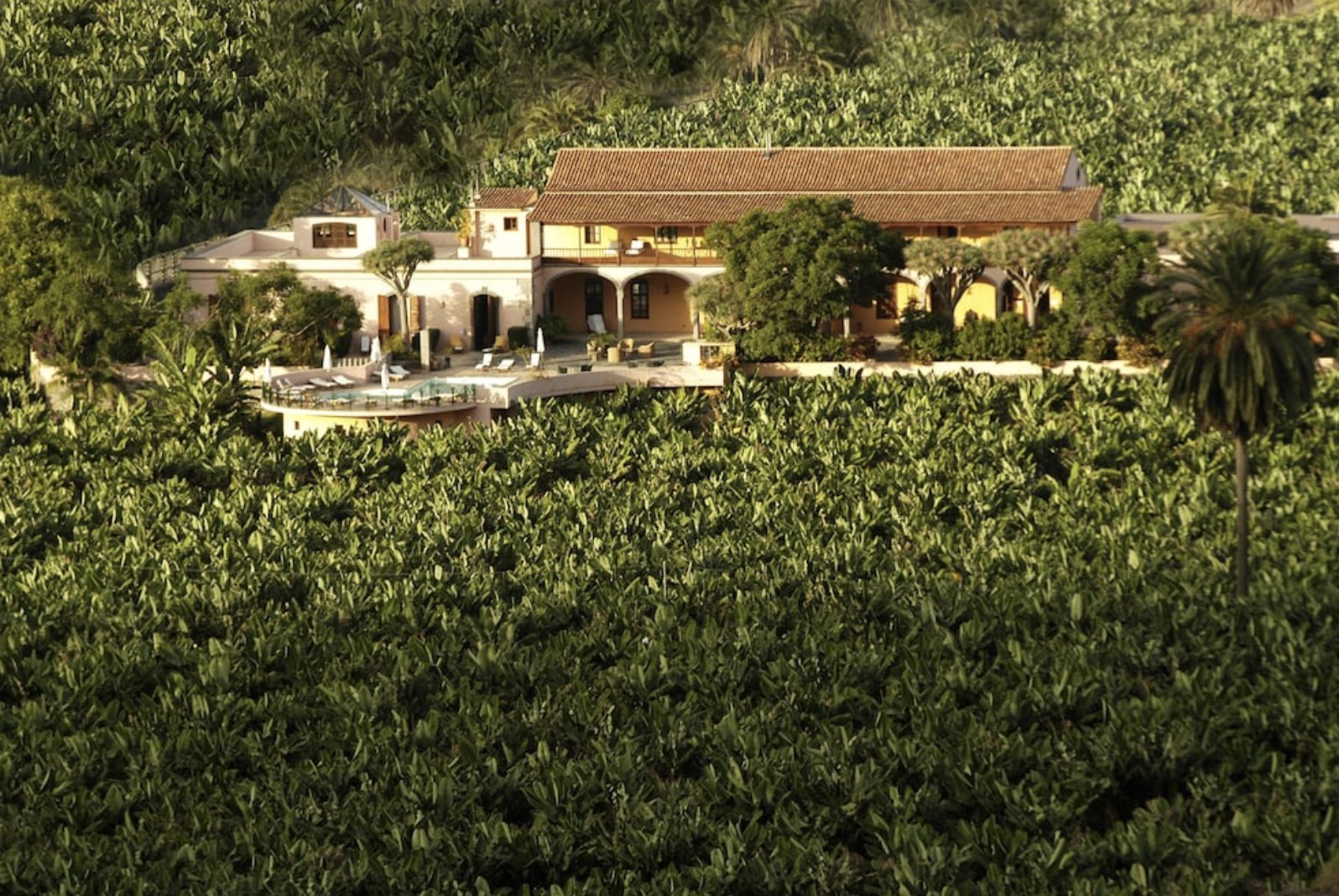 It's old-world plantation vibes in this sunshine-coloured hacienda on the fringe of Las Palmas in Gran Canaria. Founded in 1572, La Hacienda del Buen Suceso is the oldest hacienda on the island and was a sugar cane plantation for centuries before it was converted into a hotel in 1997. The design of the 18 rooms harks back to colonial times, with teak ceilings and floors and high canopy beds. Around the property, banana trees and sugar cane trees still abound, making for a picturesque setting to enjoy a cup of tea on the outdoor terrace or simply read a book.