Stunning seascapes, verdant mountains, fairy tale castles and lots and lots of wine: Portugal is a dream come true for many travellers. One of the best ways to soak in the country's vast nature and cultural offerings is the classic road trip. Here are five of the best routes for road tripping in Portugal. 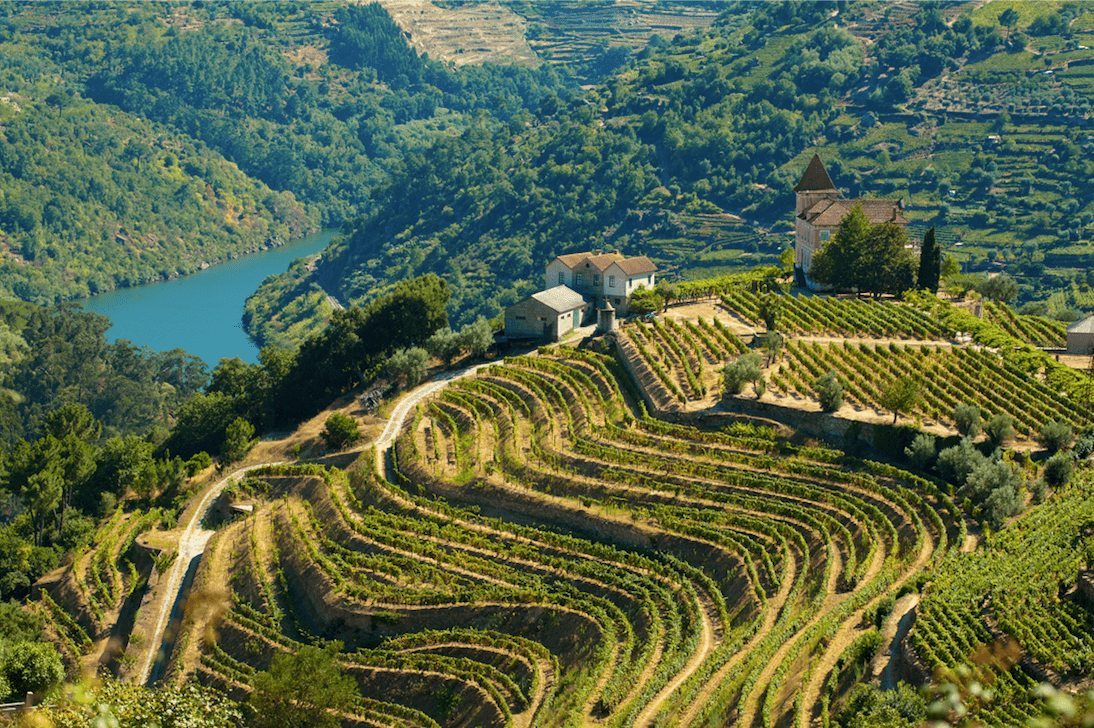 The Douro River stretches from central Spain, cutting into northern Portugal, all the way to Porto, by the Atlantic Ocean. Trace the river by car, zigzagging through the Douro Valley's magnificent cliffs and vineyards perched on tall, grassy mountains – the region has a winemaking tradition that dates back to over 2,000 years. One of the most scenic routes is the N-222; follow the route to Porto, the coastal city famous for its port wine. If visiting during harvest season in September, vineyards will let visitors crush grapes with their feet. There's also the option of renting a kayak and rowing down the river amidst the landscape of towering vineyards.

The name says it all: Trás-os-Montes means “beyond the mountain" and it's one of the most untouched regions in Portugal. Due to its geographical isolation in the north-east by the Spanish border, villagers here practice centuries-old traditions such as playing the bagpipes, using woodfire ovens to bake bread and hosting elaborate multi-day celebrations for occasions such as Ash Wednesday. The rugged granite mountains and death-defying gorges might not be the easiest to navigate by car, but the unspoilt views make the effort worth it. Montesinho Natural Park is particularly stunning – stop here for a hike or stay overnight in one of the camping sites.

3. Beach hopping down the Atlantic coast 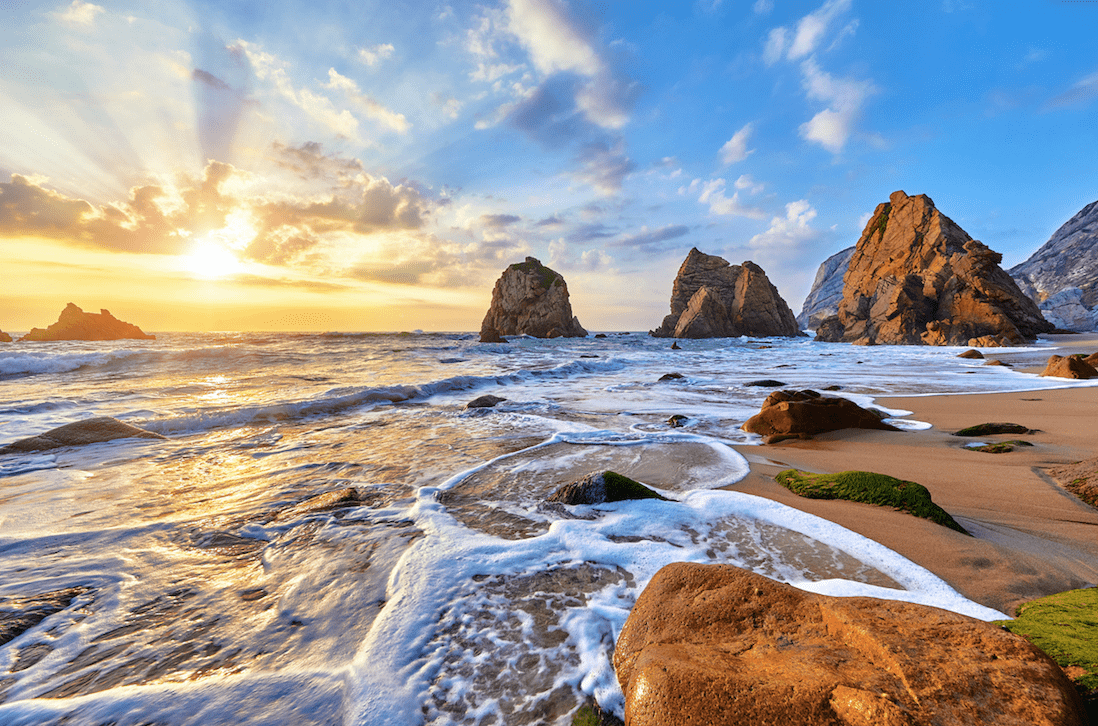 Pack your surfboard and waterproof GoPro for this road trip. Start from up north in Porto and make your way down the coast. Stop to look at the beautiful, colourful-patterned gondolas at Aveiro, sometimes dubbed the “Venice of Portugal", before continuing south to Peniche. A major fishing port, Peniche retains its working-class grit, unlike surrounding beaches that have more of a resort vibe. Besides being a popular surf destination, the town centre is also home to wonderful handmade lace shops. End your road trip in Lagos, being sure to drop by Cabo de São Vicente lighthouse, the southwestern-most tip of continental Europe and home to poetic, rocky cliffs. 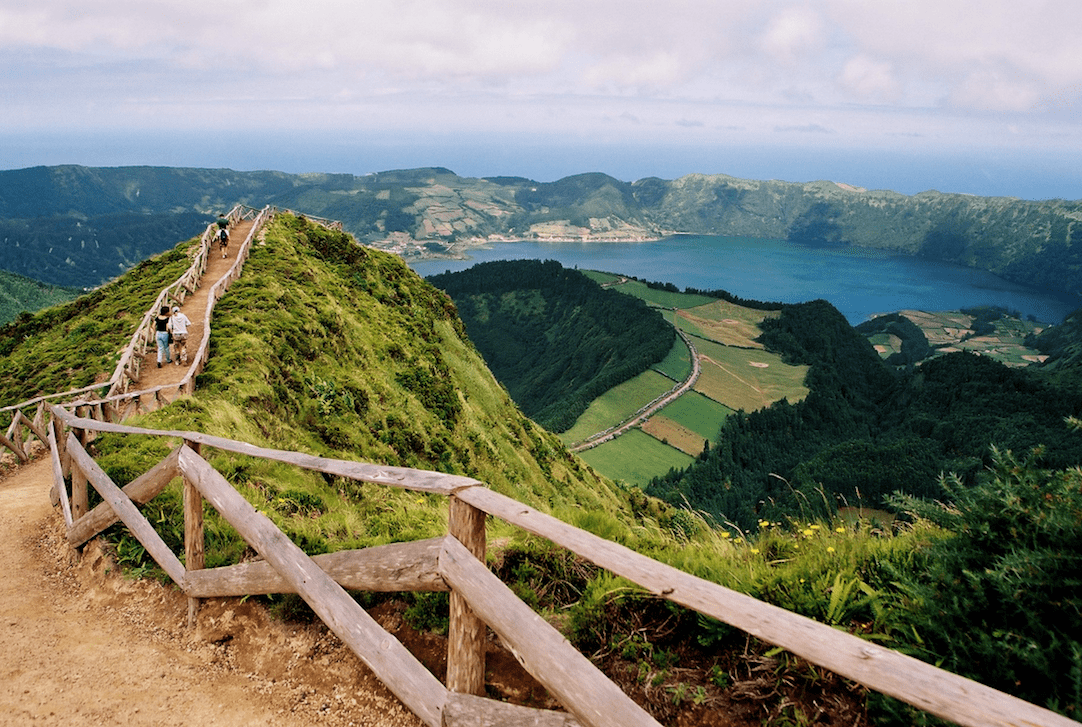 The biggest island in the Azores archipelago, São Miguel is lovingly called Ilha Verde, or “Green Island". Though it's easy to circumnavigate it in a day, a slow multi-day drive around the island, stopping at various natural wonders, is the best way to do this road trip. The main attraction is Lagoa do Fogo, or “Fire Lake", a vast turquoise-coloured crater lake hugged by lush, green mountains that appear almost yellow in the sun. Soak in the natural hot springs in Furnas, a short drive from Cascata da Ribeira dos Rosais, a waterfall set against a mossy, orange-hued cliff. Also worth checking out is the black-sand Moisteirous Beach and Ponta da Ferraria, a natural thermal pool. 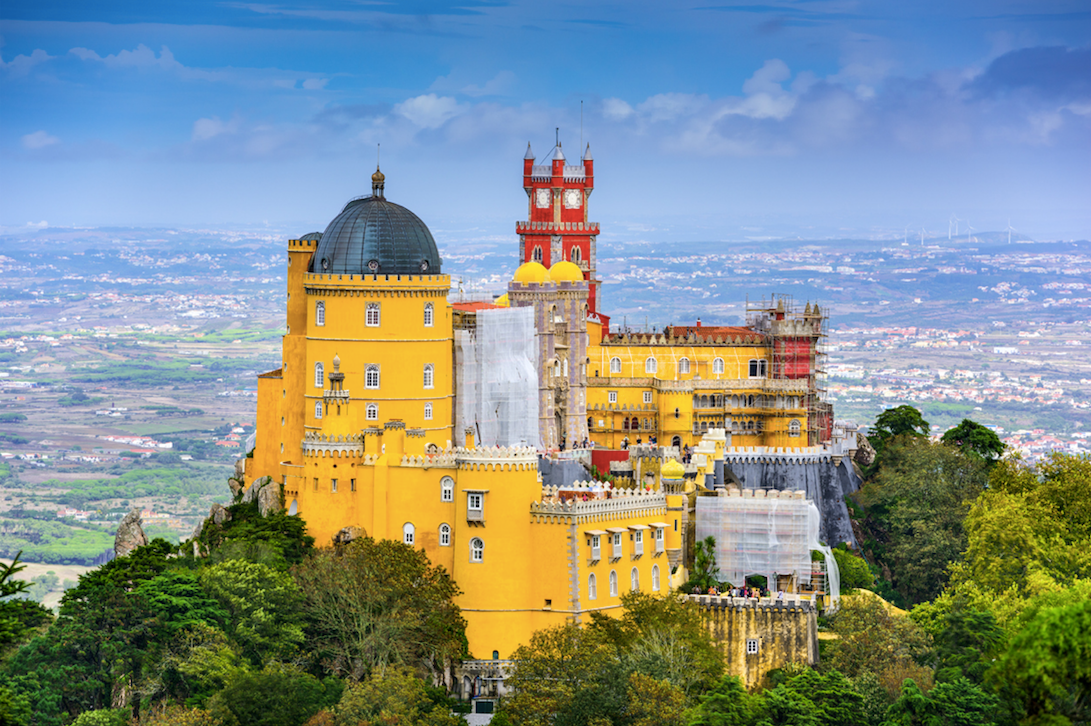 Sintra is often described as fairy-tale-like and a drive around its luxuriant mountains through fern-tangled forests and vibrant-coloured castles confirm this. Just a half hour drive from Lisbon, Sintra can be done as a day or overnight trip. The city is perfect for castle-hopping, starting with the 19th-century Pena Palace, where the bright yellow and orange façade resembles a page torn out of a children's colouring book. There's also the Moorish Castle, built in the 10th century and perched on a rocky cliff, and the Quinta da Regaleira, an enchanting early 20th-century castle complete with a whimsy garden boasting stepping stone ponds and moss-covered caves.