10 dreamy beaches to bliss out on this winter

When the winter doldrums begin to set in this year, resist the urge to curl up in a blanket until spring. Instead of hibernating, consider migrating to one of these dazzling sandy beaches around the world for a week or two. Blue Beach, Vieques, Puerto Rico Playa la Chiva, as locals refer to this pristine expanse of sand, was once...

When the winter doldrums begin to set in this year, resist the urge to curl up in a blanket until spring. Instead of hibernating, consider migrating to one of these dazzling sandy beaches around the world for a week or two. Playa la Chiva, as locals refer to this pristine expanse of sand, was once an especially popular hangout for American Naval officers stationed on Puerto Rico. One glance at the water is enough to explain why these military men gave its other nickname, “Blue Beach.” If you try to imagine the kind of resort you might build if you had unlimited resources, it might look something like this ultra-luxe private island paradise. Laucala Island is the passion project of an eccentric billionaire, who decided to turn one of the most beautiful places in Fiji into one of the world’s most exclusive stays. If you can afford the hefty price tag of a villa, the view from Seagrass Bay is spectacular. 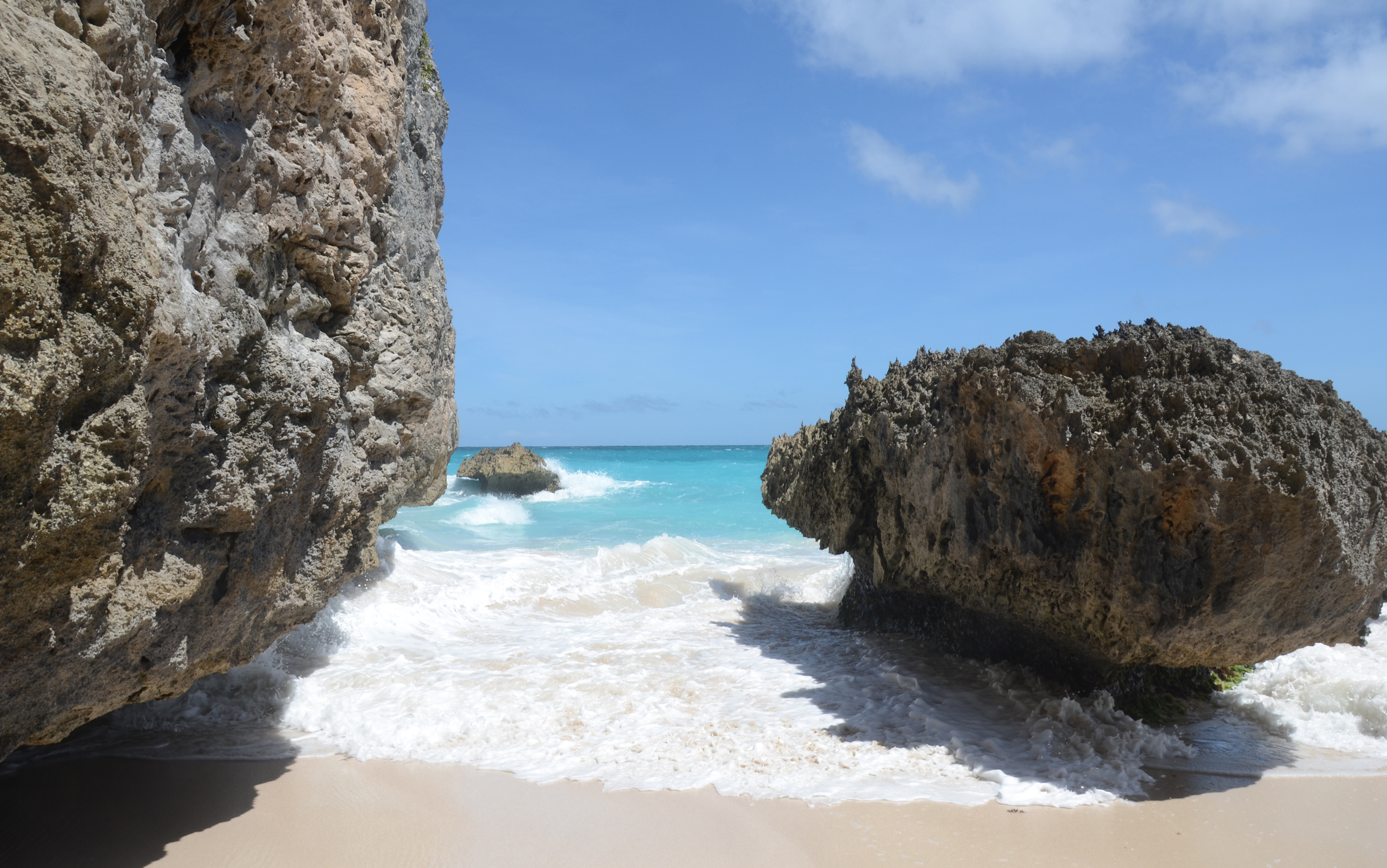 It may be smaller than some of its Carribean neighbours, but Barbados boasts an achingly lovely sandy coastline. Bathsheba beach, located near a small fishing village, remains a favourite of international and local surfers, who gather to ride the waves here at multiple competitions throughout the year. Despite the archipelago’s immense annual influx of tourists, there are still hidden corners of Hawaii that remain relatively free from the crowds. This beach is one of the most magical on Kauai precisely because boats are strictly forbidden here. If you want to reach it, you’ll have to don your snorkel mask and swim. To embark on one of the most enjoyable bar crawls in the world, simply stroll along the watering holes that line this highly developed stretch of coastline. With its blindingly white sands and electric teal waters, Palm Beach is also one of the most popular places to stay on the island. 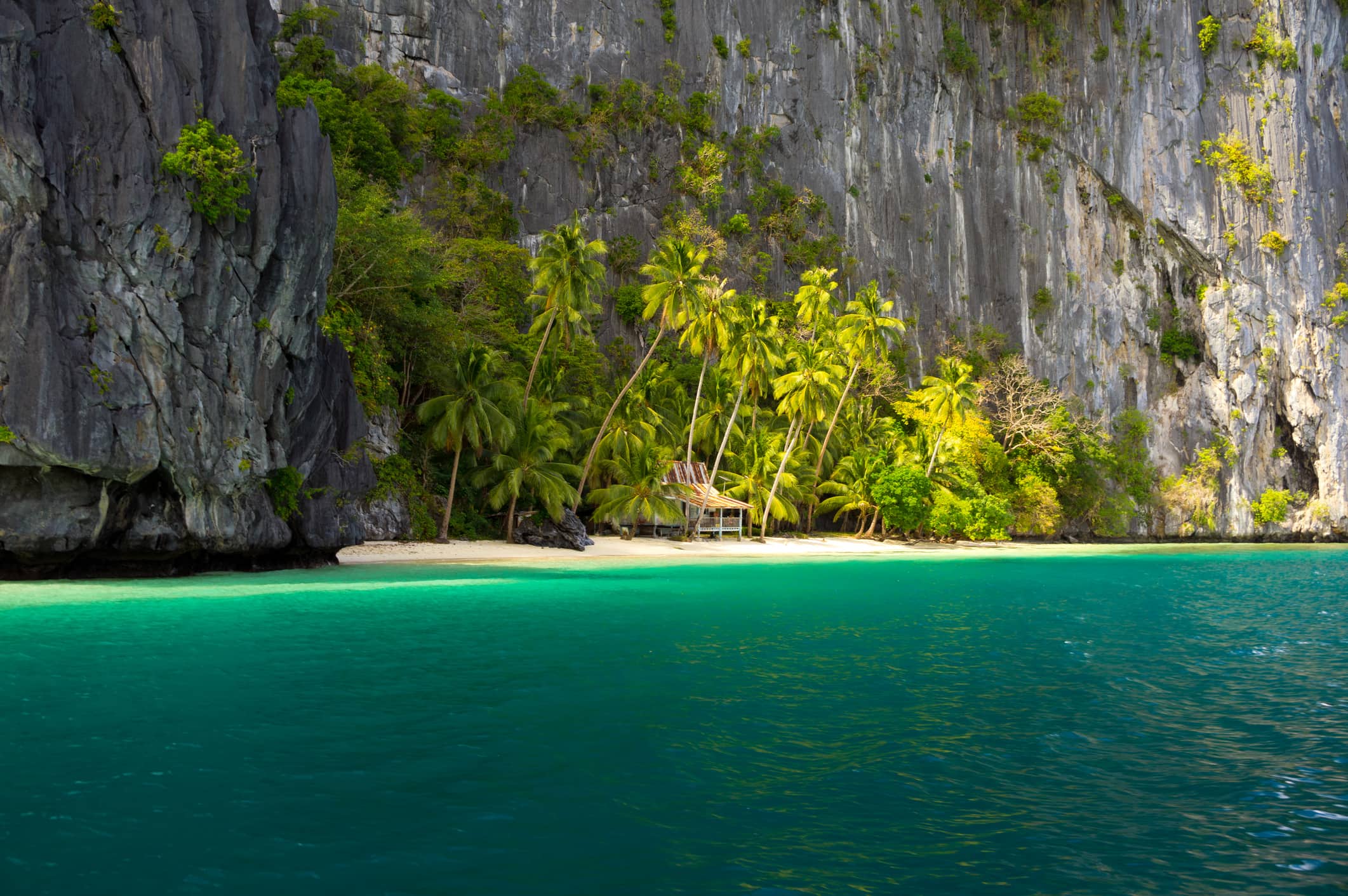 Even in an archipelago with literally thousands of islands, the protected area of El Nido remains especially beloved by both locals and travellers alike. The region’s volcanic past created a number of dramatic rock formations that rise up from more than 50 sandy beaches. Technically, this forest-fringed area consists of two beaches, Azeda and the more diminutive Azedinha. Locals flock to the pair to soak up the sunshine and wade through the shallow, placid waters. If you want to reach the famous Playa del Amor, often nicknamed simply “Hidden Beach,” you’ll have to hop a boat out to the uninhabited Marieta Islands near Puerto Vallarta. As a reward, you’ll encounter a crescent-shaped sandy spot tucked away under an enormous hole in the rock. It may look like the set of a pirate movie, but it’s actually part of a national park and UNESCO MAB Biosphere Reserve. One of the most iconic beaches in the Caribbean, this strip of turquoise waters and alabaster sand is about as Instagram-worthy as it gets. After a day of sunning yourself, head to one of the local restaurants for some reggae tunes and fiery jerk chicken. 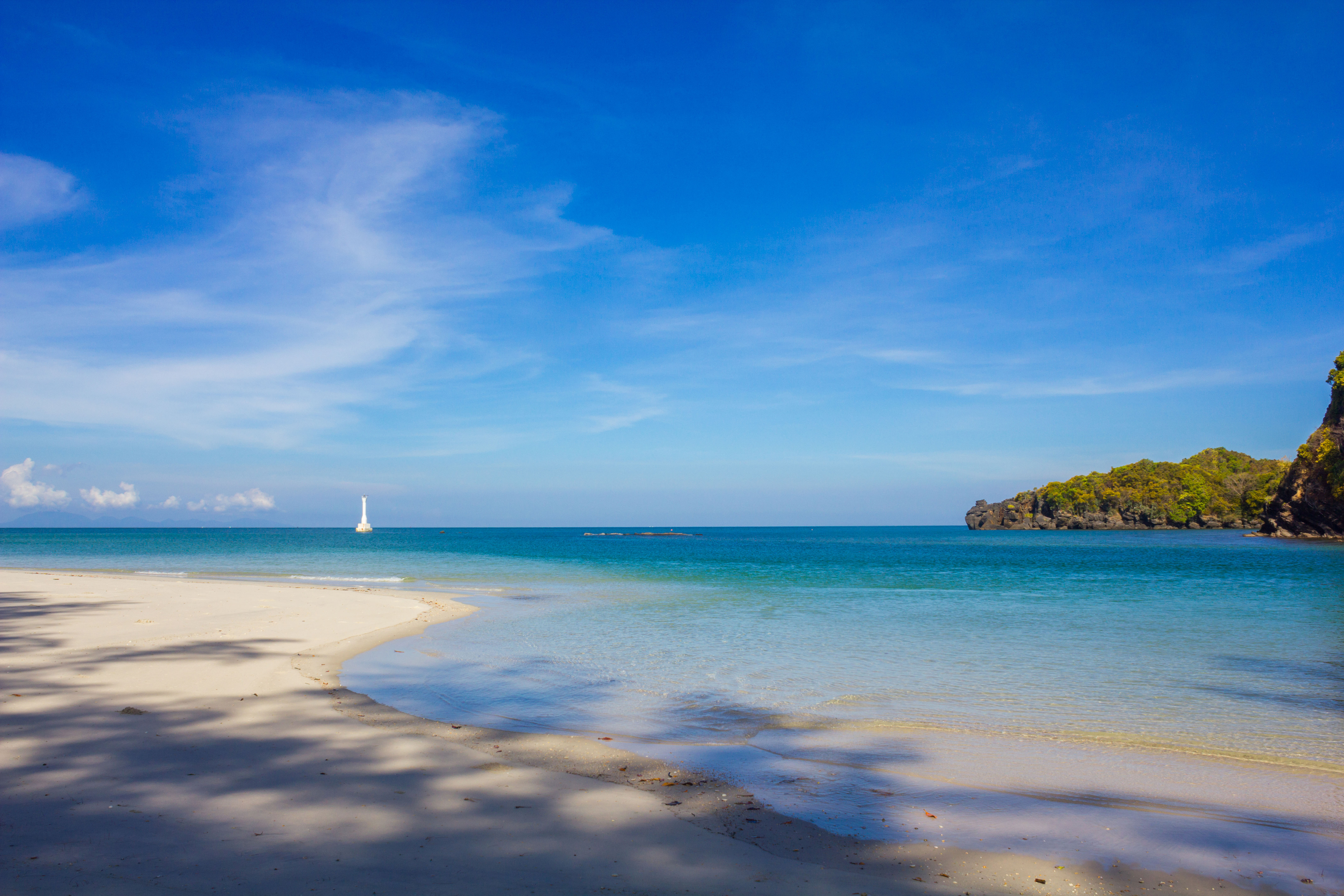 While most travellers swarm the more easily accessible Thai island of Phuket and Koh Samui, Koh Lipe remains a fan favourite for its gin-clear waters and powder-sand shores. When the day draws to a close, this spot on the northwestern part of the island is perfect for sundowners.