More affordable than Ibiza and less crowded than the shores of Mallorca, Portugal is a sun-worshipper’s dream. The country boasts an abundance of postcard-perfect beaches catering to couples in search of a secluded romantic getaway, parents hoping to build sandcastles with the little ones, and those looking to kickback to some chilled-out house as the sun goes down. 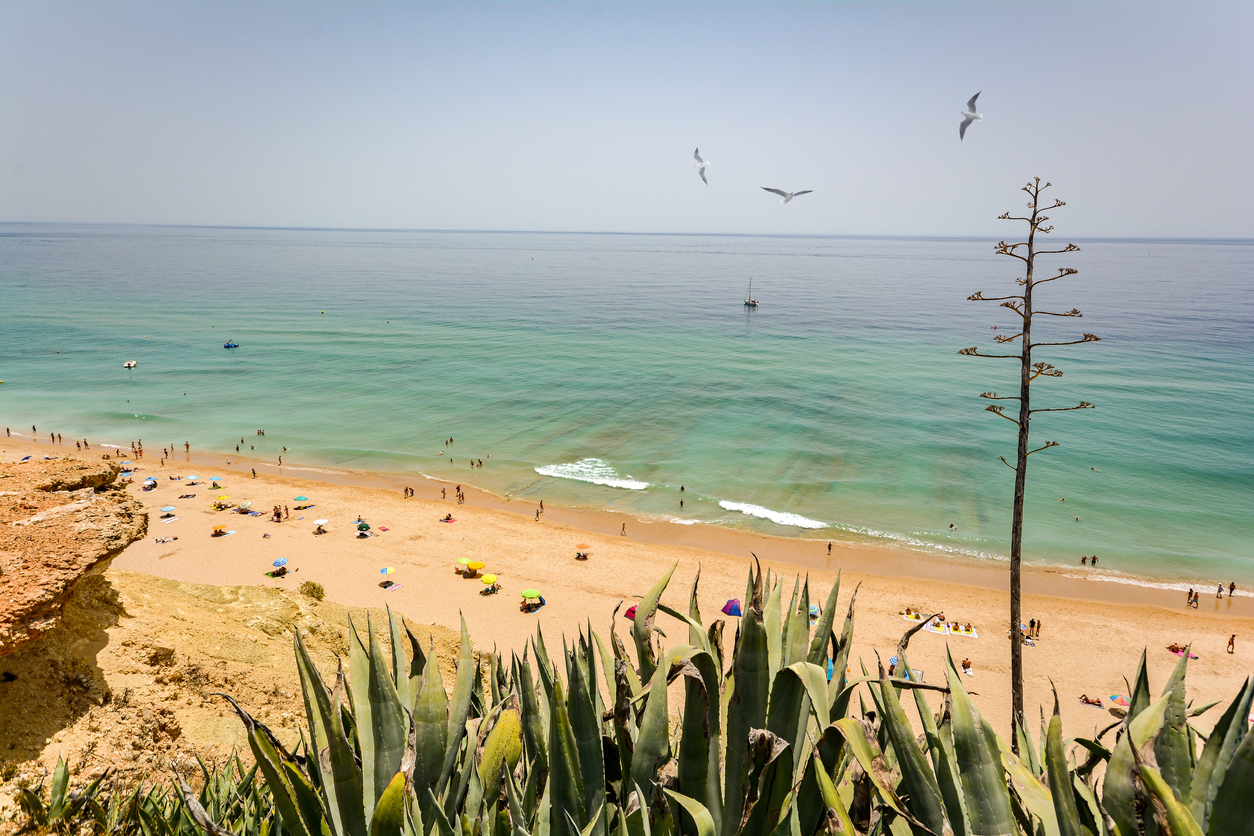 From an airplane, the 11-kilometre Ilha de Tavira, or Tavira Island, looks like a speck of snow-white sand bobbing just off the coastline. With its gentle waters free of riptides and crashing waves, this beach on the northeastern side of the tiny isle is especially popular with families. 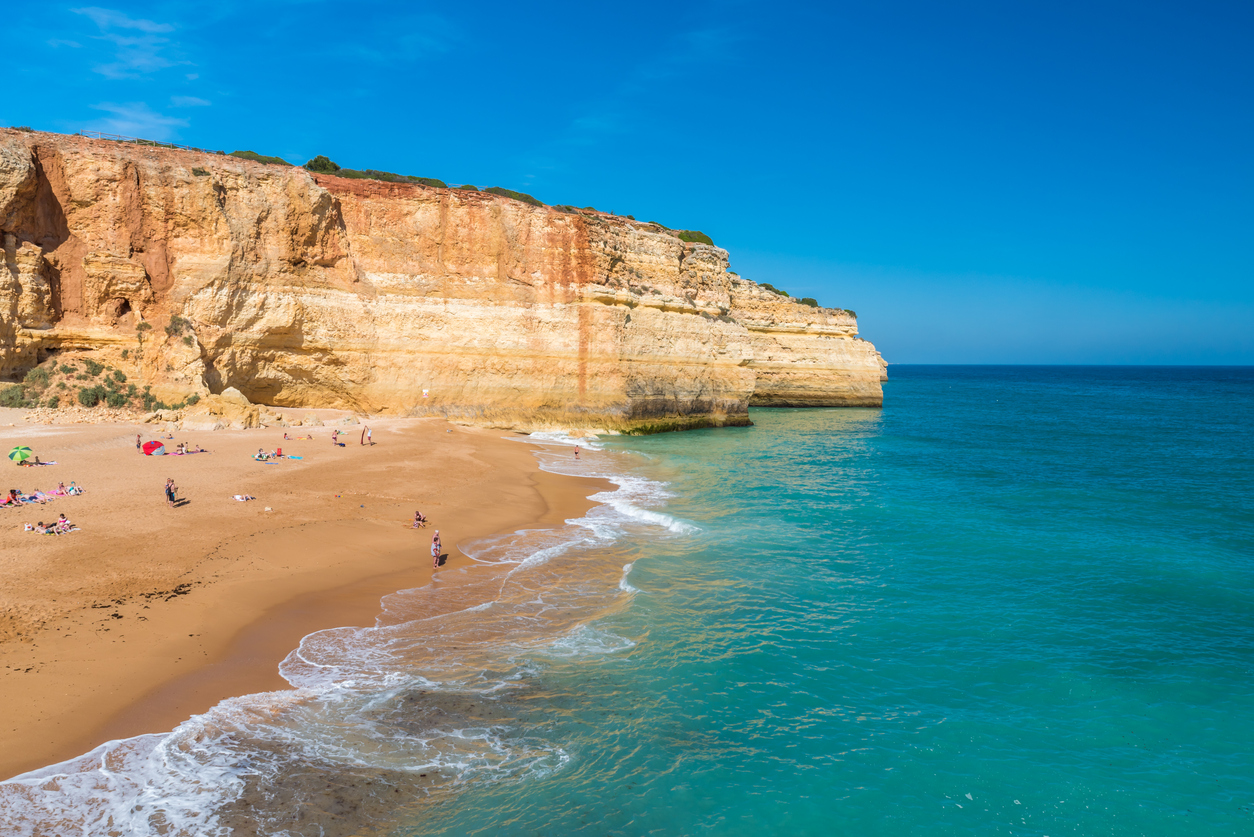 A well-marked trail runs between these two beaches, making them perfect for active travellers in search of an afternoon trek. As you might imagine, it's a scenic walk with lots of opportunities to stop and snap a photo of dramatic limestone formations rising from the water. Whatever else you do, be sure to explore the striking caves at Praia de Benagil.

Framed by towering cliffs, Nazaré is not only one of Portugal's most visually alluring beaches, but also one of its party hubs. If beautiful people in bikinis sipping cocktails sounds like your scene, swing by this hot spot in the summertime. Crowds also pour in during holidays throughout the year, especially Carnaval and New Year's Eve. 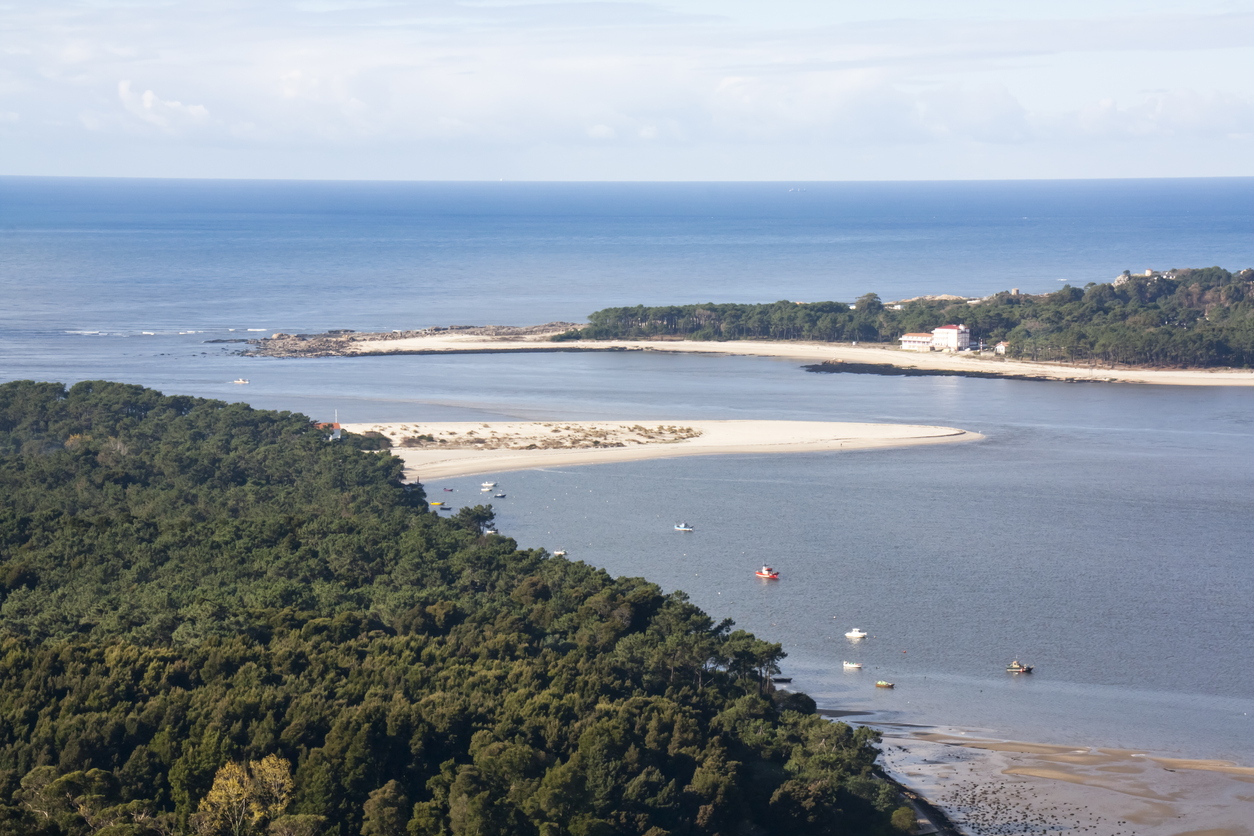 Though Portugal is a land blessed with plenty of picturesque spots, the pine-forested area around the Minho river and Mata Nacional do Camarido on the northwestern point of the mainland is exceptionally lovely. Those who don't mind leaping through waves on the beach should head to the sea, while the banks of the river offer calmer waters suitable for tiny tots.

Even in the midst of peak tourist season, this 800-metre beach remains relatively serene. With no beach bars blasting out tunes, there's not much in the way of the development here, making it ideal for those who just want to kick back and unwind. History buffs should take a bit of time to explore the nearby 18th-century fort. 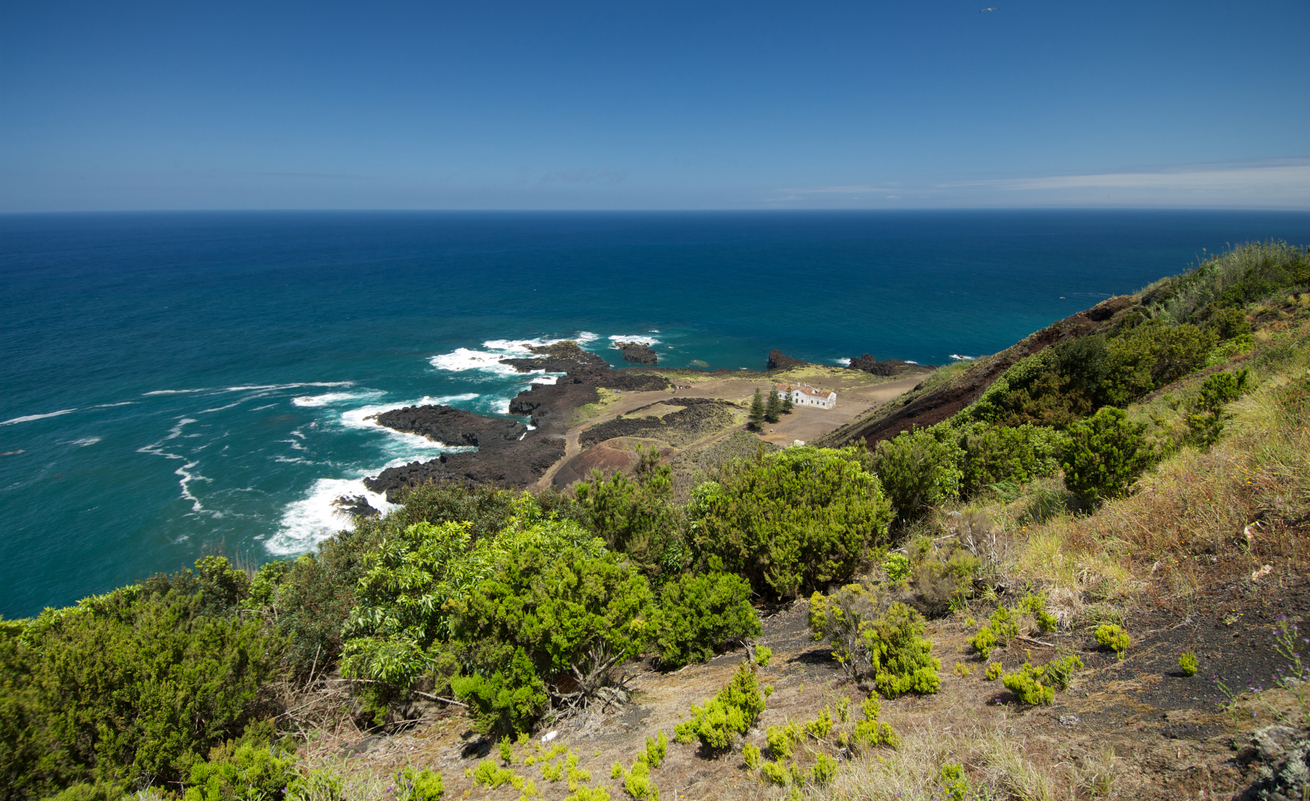 Portugal's widely varied terrain means that no two beaches here are quite alike. Ancient volcanoes forged the rugged coastline of the island of São Miguel and created the craggy, black cliffs that make it so distinctive.

For years, this pristine beach on the western coast of Portugal was something of a secret among the global elite. Philippe Starck and Christian Louboutin are just two of the rich and fabulous designers to have purchased houses here. Luckily, despite its high-end reputation, Comporta remains a public beach and anyone can soak in the sunshine.

One of the country's most popular seaside destinations, the Tróia Peninsula sports all sorts of attractions in addition to its enviable ocean views. Should you ever grow bored of working on your tan, consider exploring the 1st-century Roman ruins or spy on the wildlife in Serra da Arrábida Natural Park. 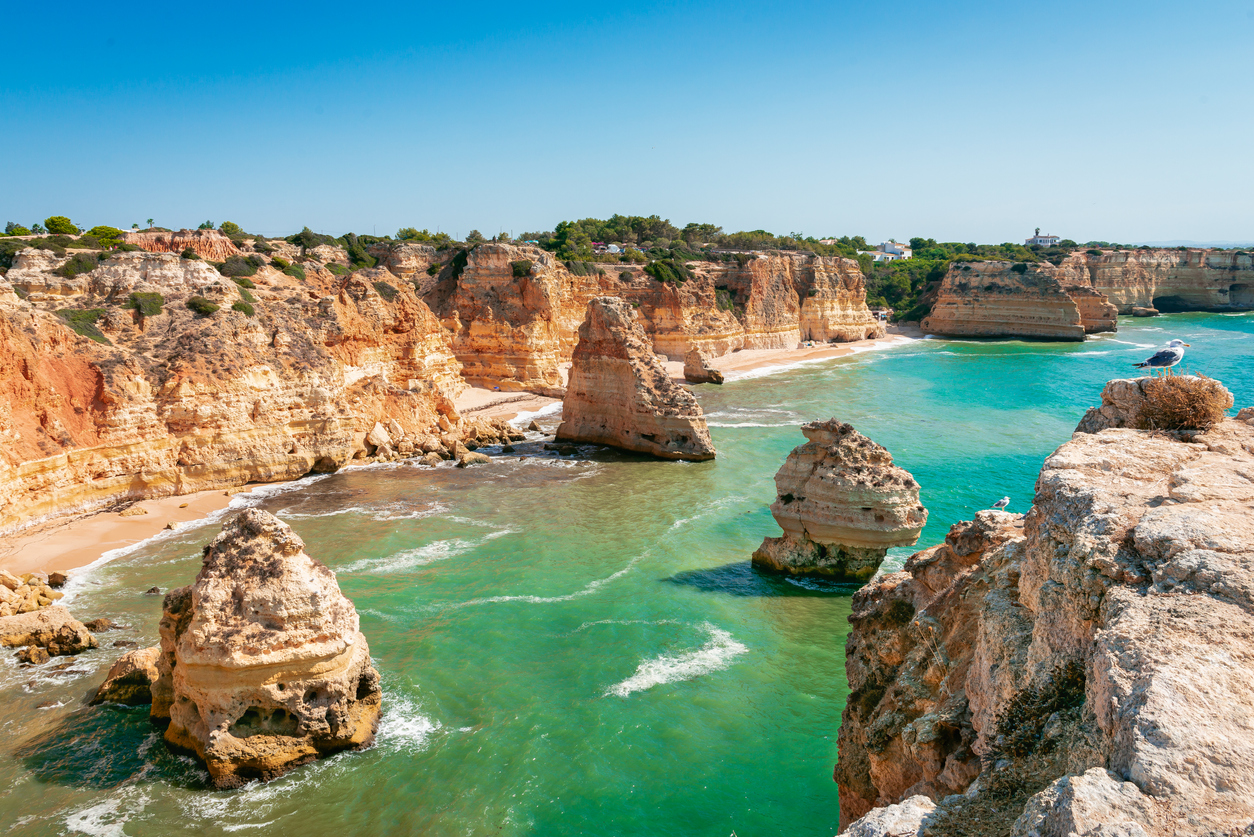 There's an excellent reason why so many travellers flock to this nearly two-kilometre stretch of sand. While those seeking solitude may wish to do so elsewhere, the thriving beach town has lots to offer and the beach's distinctive limestone cliffs are a sight to see.