The year 2021 is all about making travel dreams come true. From fairy tale landscapes in the Scottish Highlands to fabulous coves in the Spanish coastline, here are 7 dreamy European road trips you need to embark on during your lifetime. 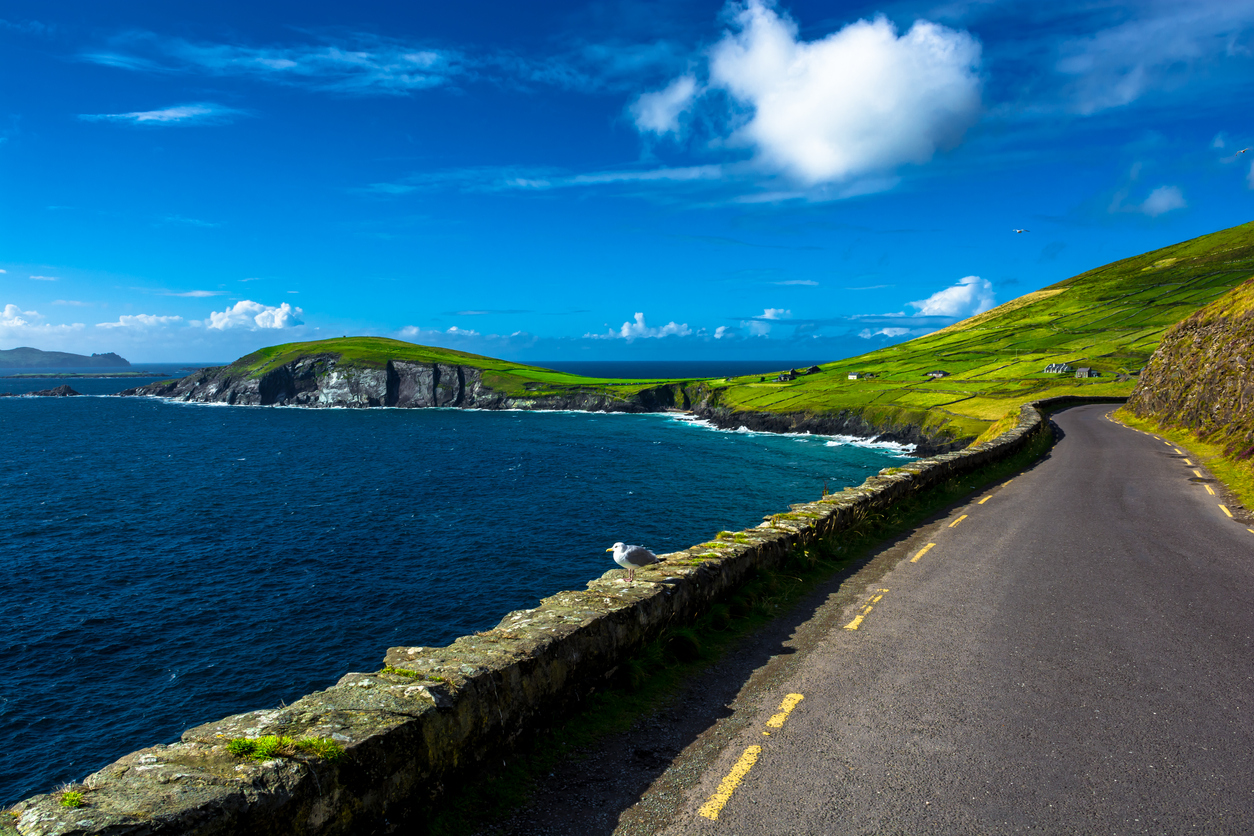 Covering over 1600 miles of majestic coastal views from Donegal to Cork, Ireland's Wild Atlantic Way is among the world's most spectacular road trips for a reason.

Fanad Head Lighthouse in County Donegal is one of the most beautiful lighthouses in the world, and this remote and rocky region is the perfect spot to start exploring the Wild Atlantic Way. Stop for a lunch in the quaint Ardara village and continue along Glengesh Pass to Slieve League sea cliffs, almost three times higher than the famous Moher Cliffs, more south along the Way. The Slieve League area has plenty of hotels and B&Bs to choose from.

After a night in this Gaeltacht, or Irish speaking area, continue south towards County Galway's Clifden – makeing sure to take in the views around Leenane, a seaside town nestled among the West Coast's hills!

In Clifden, you will find Neolithic tombs, standing stones and Iron Age forts among other archaeological finds. Highlights also include spectacular views over Clifden Bay from the 10-mile-long Sky Road. To experience the Irish manor house hospitality, stay at the Ballynahinch Castle.

Continue past lively Galway city and Doolin village, famous for its traditional music, towards Dingle peninsula. Here, seaside views, lustrous green hills, beaches and foodie finds from local ice cream to gin welcome visitors with true Irish hospitality. Stay for two nights, then continue to drive around the spectacular Ring of Kerry, or journey through the ice age formed Gap of Dunloe, a bucket list trip in itself.

Cork is Ireland's second-largest city and a perfect ending for the rural sights of Wild Atlantic Way.

Eboo's tip: Combine tasting and sightseeing in Dingle, and take part in a tasting tour! 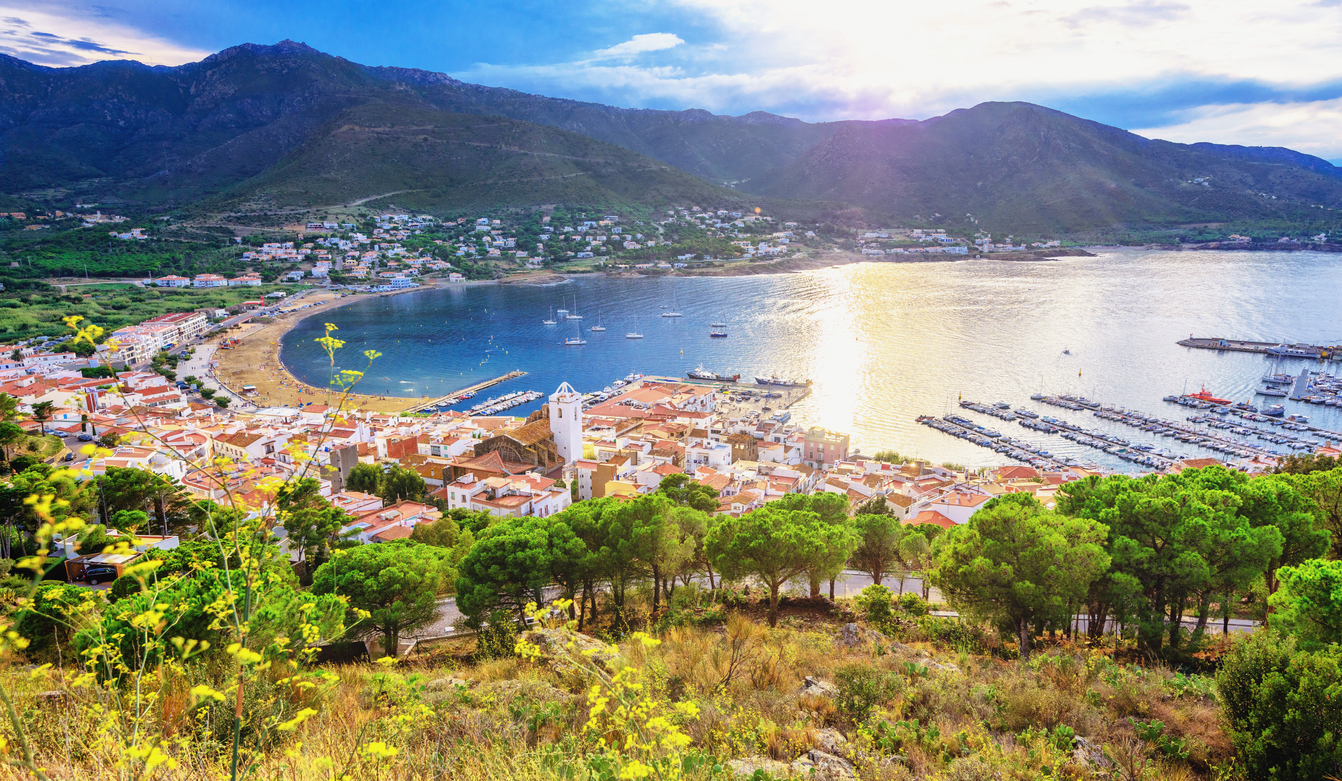 Start from Barcelona and head to Girona, a medieval city where colourful houses lining the Onyar River make a fantastic backdrop for a night in town. Stay for two nights to explore the charms of this Catalan city.

Next stop is Figueres, Salvador Dalí's birthplace. Visit the bright pink museum full of the artist's masterpieces. Stay at the Duran Hotel with a cosy and cavernous restaurant, which used to be a local hang out for Dalí himself.

After Figueres, head towards the sea to Cap de Creus, the most eastern spot in Spain, and stay for two nights. Pack your beach gear and stroll along the rugged coastline to find the perfect cove for you among the many choices of the area.

End your Costa Brava road trip by stopping over for some tapas in the medieval village of Begur, and then relaxing in another Costa Brava paradise, Hotel Aigua Blava.

Eboo's tip: Experience Costa Brava from the sea on this Kayaking and Lagoon Tipping tour!

Begin your tour from Inverness, the capital of the Highlands. Take a day to get to the jolly local atmosphere and pop over to the nearby Loch Ness, famous for its monster.

Then head to Applecross, a tiny yet spectacular seaside town. To get here, you have to drive along  Bealach na Bà, a winding single track road through the mountains. If you are not in a hurry, pop over to Scotland's most often photographed castle Eilean Donan, before attempting Bealach na Bà!

Spend a night between Applecross and Gairloch and continue north towards Ullapool, a perfect stop to relax in a seaside café. Then continue to Lochinver, where you'll find crystal clear lochs, such as Loch Assynt. There is plenty of B&Bs and hotels in Lochinver but if you fancy a stay in a coastal paradise à la Scotland, head to Achmelvich beach with a cosy hostel.

After Lochinver, the landscape turns rugged. Stop at Durness and visit Smoo Cave. The cave was popular among smugglers and has a waterfall rushing from its ceiling. After exploring the cave, enjoy a hot chocolate in the Durness Cocoa Mountain chocolate factory. There is plenty of accommodation options for different budgets along the road from Durness to Britain's most northern point Dunnet Head.

After the wind-swept Dunnet Head and nearby John O'Groats, head back towards Inverness. The highlights along A99 and then A9 include castles, such as the fairytale-like Dunrobin Castle and Dornoch Castle, which is also a hotel and a fabulous end for a road trip around the NC500.

Eboo's tip: You can also enjoy the Scottish Highlands on a ready-made tour!

A 100-mile stretch of road in the Italian Dolomites might be all you need to quench your thirst for an epic road trip. The Grande Strada della Dolomiti runs from Bolzano to Cortina d'Ampezzo, past dramatic saw-tooth peaks and tranquil mountain passes.

After Bolzano, head towards Ponte Nova, where you are greeted by the Dolomites famous granite peaks, and then to Val di Fassa.

Before reaching Val di Fassa, stop by one of the Dolomites most photographed lakes, Lago di Carrezza – there are parking and restaurants attached to the tourist hot spot.

In Val di Fassa, picture-perfect Tyrolian cottages are nestled among the craggy peaks and green slopes. Spend a night in one of Val di Fassa's six resorts. In winter, this is a top skiing area and in the summertime, the slopes offer hiking routes – there are also spas to relax your muscles and mind after driving!

Next day, take the SS641 towards Cortina d'Ampezzo, known for its jet-set crowd, but make sure to stop at the Giau Pass along the way. Here, you will have plenty of accommodation and hiking options, and the surroundings offer some of the best sights of the Dolomites.

Eboo's tip: Hike the Dolomites on this private excursion!

Start your road trip from Finland's "cottage capital", Mikkeli, and stay in a nearby lakeside villa at Anttolanhovi.

Take the roads 62 and 343 towards Savonlinna and Punkaharju. The road is edged by pine trees and winds through the lakes of Saimaa. Take a plunge at the sandy beaches of Pistohiekka and lunch at Sahanlahti Resort, awarded for its restaurant using local produce. Alternatively, you can enjoy a picnic along the route's many rest places and viewing spots.

After a relaxing night in Punkaharju, take a day to explore Savonlinna. The city is famous for its medieval castle, steamboat cruises and "lörtsy" meat pie.

From Savonlinna, head to Hotel & Spa Resort Järvisydän with a lakeside spa and possibilities of boat and kayak excursions.

Eboo's tip: After exploring South Savonia and Saimaa region, head to the historic market town of Kuopio, the capital of North Savonia.

To zick-zack through Transylvania's Transfăgărășan road is a dream come true to many road trippers. Crossing the Carpathian Mountains and climbing up to 2042 metres (6,699 ft), the winding road is dotted with steep hairpin turns, long curves and sharp descents. Note that the road is usually closed from late October until late June because of snow!

Start approaching the Transfăgărășan road by spending a night in Romania's capital city Bucharest and then continue to Bran Castle, home of Dracula. Along the way, you will also see the Sinaia Monastery dating from 1695. Spend a night in the medievalBrașov.

From Brașov continue north to Sighișoara, a city that dates back to Roman times. This 16th-century gem is a UNESCO World Heritage Site – and the birthplace of Count Dracula. Spend a night in the Old Town, then drive to explore Sibiu, where you are already close to the northern entrance to the Transfăgărășan road.

After experiencing Brașov, Sighișoara and Sibiu, Transfăgărășan rewards with exceptional views of the serpentine road climbing on the mountainside. No wonder Transfăgărășan is often called the most beautiful road in Europe!

Eboo's tip: Explore the Carpathian Mountains and Transylvania with this 4x4 tour!

With its famous Old Town and Game of Thrones vibes, Dubrovnik is a perfect city to start discovering Croatia's coastline. Spend two nights in the Old Town to allow the charms of the city to sink in, then continue to Croatia's pearl of an island, Hvar.

Hvar is famous for its beaches and picturesque coves, old towns and vineyards. In Hvar, relax in one of the islands famous beach resorts, such as Hotel Milna Osam.

From Hvar, you can hop on to one of up to 15 ferries that take you to Split, Croatia's second-largest city. Explore the nearby blue lagoons on a ferry tour or hike up to the 123-metre Marjan Hill to take in the best views over the city. Spend two nights in Split where accommodation options vary from sleek city hotels to beach resorts and quaint stays in the Old Town.

Next, head early to Krka National Park, where you can take a plunge by one of the many waterfalls. After exploring the Nationa Park, continue to Rovinj. Here, apart from a picture-perfect port and Old-Town, a dozen beaches await you to chill out after road tripping along Croatia's coastline!

Eboo's tip: Hop on a speedboat for a Blue Lagoon island hopping tour in Hvar!