The lowest prices found within the past 7 days to Geneva were £66 for one-way flights and £79 for return flights, for the period specified. Prices and availability are subject to change. Additional terms apply.

Geneva, Switzerland, is a beautiful city located on the shores of Lake Geneva. It is a financial and cultural centre that attracts business travellers and holidaymakers alike. Use ebookers to find hotel rooms and air tickets for cheap flights to Geneva, so you can save more money to enjoy more of the city.

Geneva International Airport, officially named Genéve Aéroport, is located at Route de l'Aéroport 21 CH-1218 Grand-Saconnex, about 2.5 miles from the centre of Geneva, and over 50 airlines use its runways to fly to and from the city. Part of the airport, which includes some car-rental pickup counters, is actually located on French soil, but you must clear Swiss customs to exit the airport in most instances.

You can rent a vehicle at the car-rental desks located in the airport. The drive to Geneva is a short one, and the metered taxi fare from the airport to the centre is from 30 to 35 Swiss francs, depending upon the time of day and specific destination. Public transportation options include seven public bus lines that stop at the airport as well as various destinations throughout the city. Since January 2008, the airport has provided free public transport tickets to passengers who arrive at the airport, and these tickets are valid on the bus as well as on the train from the airport railway station to the central Genéve -Cornavin station. The train ride takes only 6 minutes at off-peak times and 12 minutes during rush hour. Some hotels operate their own free shuttles.

July and August are the hottest months in Geneva, with highs of 25 to 26°C and lows of 13 to 14 degrees. June and September are pleasant, with highs of 23 and 21°C and lows of 11 and 12 degrees respectively. July is the sunniest month, whereas December, with highs of 4°C and lows of minus 1 degree is the coldest and darkest month. January and February are also cold and dark. Precipitation is steady throughout the year in Geneva, so take an umbrella if you visit in the spring or summer and snow boots if you visit in the winter. July and August are Geneva's peak tourism months.

Many of the tourist attractions of Geneva are located on or near Lake Geneva. The lakefront area is an ideal place for an afternoon or sunset stroll, and the Jet d'Eau fountain shoots water 460 feet into the air. You can even take a boat ride close to the fountain, but the best views of it are from the shore. The Palais des Nations, built as the headquarters of the League of Nations and now used by the United Nations, is located in Ariana Park, and peacocks from the park are often seen near the building itself. The BÃ¢timent des Forces Motrices is an opera house that began as a power plant in 1886. It is an architectural landmark as well as an excellent performance venue. A cable car ride to Mount Saleve is a great way to enjoy breathtaking views of the city of Geneva, and Parc La Grange and the English Garden, as well as the Botanical Gardens and Conservatory, are ideal spots for nature lovers. The Paquis quarter and Carouge are the hip, trendy parts of town, with avant-garde clubs nestled alongside local neighbourhood bars.

Alternatives to peak season in Geneva include April and May, when the weather is pleasant but crowds are thinner. In December and January, Genéve attracts tourists who view the city in its snow-covered beauty before heading out to nearby ski resorts. Geneva is one of the most expensive cities in the world, but avoiding tourist traps such as overpriced chocolate shops in favour of local alternatives such as

Geneva offers nightlife, gourmet cuisine, and shopping along with cultural and historical attractions. When you use ebookers to reserve your cheap flights to Geneva, don't forget to find deals for your hotel and rental car, so you can save time and money and experience more of the unique attractions of the city.

❓ How much does it cost to fly to Geneva?

✔️ The price of roundtrip flights to Geneva ranges from £79 to £199. Travelers looking to book a one-way ticket to Geneva can find fantastic flights for as little as £66. Bargain-hunters take note: January is the best month to nab a cheap flight to Geneva.

❓ How do I find the cheapest flight to Geneva?

✔️ The price of flights to Geneva can vary greatly, depending on a number of factors. Bagging a cheap flight to Geneva is easier if you have some flexibility with your departure and arrival dates, while your selection of airports and airlines can also impact ticket prices. To find the best deals, try changing your search criteria to accommodate alternate dates and terminals. ebookers offers big discounts, a huge selection of airlines, and an easy-to-use booking platform, making it easy to find the perfect flight to Geneva, no matter whether you’re traveling for business, looking for a quick getaway or planning a family vacation. So, window or aisle?

❓ What are the top airlines that fly to Geneva?

✔️ If you’re looking to book a flight to Geneva, you’ll discover a number of great airlines to choose from, including British Airways, easyJet, Swiss International Air Lines, KLM, Air France, Lufthansa, Aegean. ebookers makes it easy to compare flights to see which airline best suits your needs, ensuring that you can stretch your dollar further and get the most out of your time in the sky.

❓ Can I cancel my flight to Geneva with ebookers?

✔️ We get it: life happens, plans change, and you need to change with them. If you need to change or cancel your flight to Geneva, you can reach out to ebookers through the customer service portal, where you’ll also find useful trip-related help covering everything from flights and rental cars to activities and hotels.

❓ How do i search for a flexible flight to Geneva?

Which Airlines Fly To Geneva?

Geneva When to Go

Geneva is a hub of activity throughout the year and is easily accessed by train from other great European cities such as Barcelona, Milan, Paris, and Hamburg. France is literally just a ferry ride across the lake, plus the city is served by a growing number of low-cost airlines from throughout Europe.

The months of June, July, and August are high season here, when long summer days offer warmer temperatures and beautiful views of Mont Blanc and the Alps beyond. Lake Geneva is a hive of outdoor activity, with sailing, windsurfing, and boat tours available. Summer music festivals also abound, including the citywide (and simply named) Music Festival in June. Geneva is also a busy gateway during the annual Montreux Jazz Festival, held on the opposite shore of Lake Geneva in late June and early July.

The spring and fall months of April, May, October, and November bring fewer people to the city and better deals. However, check to make sure resorts are open, since some shut down during the shoulder seasons. The weather is fairly mild, but pack an umbrella or rain jacket for occasional showers.

The city slows somewhat during winter, although the lower temps don’t dissuade locals from celebrating the city’s most heralded festival, the annual Escalade. This fête, held December 11–12, commemorates the successful battle against the Duke of Savoy to retain independence and features costumed revelers thronging the streets of Geneva’s Old Town quarter. This uniquely local festival is one of the best to experience in Switzerland. Public and private guided Escalade tours are offered in English before the festival for a more immersive experience. Since ski-related travel through this Alpine gateway hits its peak from January through March, plan to book hotel reservations at least a month in advance.

per person
4 Nov - 7 Nov
Return flight included
London (LGW) to Geneva (GVA)
Don't see what you're looking for?
See all available trips from London to Geneva
View all trips 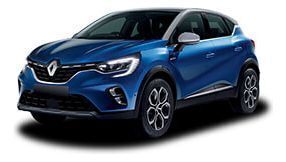 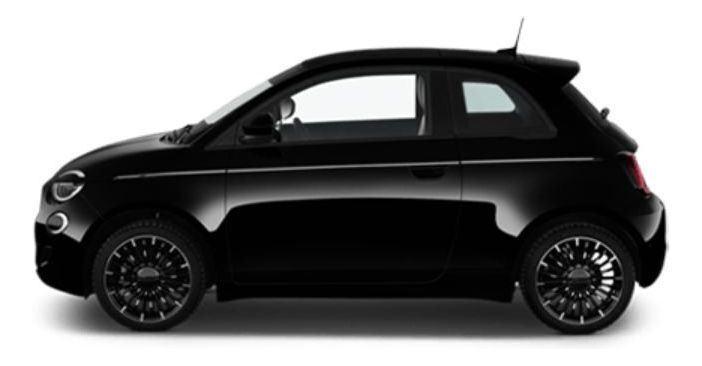 More to explore for Geneva