The lowest prices found within the past 7 days to Girona were £60 for one-way flights and £80 for return flights, for the period specified. Prices and availability are subject to change. Additional terms apply.

Flights to Girona at your fingertips

The ancient walled city of Girona may be smaller in size than its Catalonian neighbour Barcelona but it boasts an equally impressive heritage stemming from a blend of different cultural influences. One of the city’s most famous characteristics is the row of houses with gaily-painted façades overlooking the River Onyar, known as the Cases de l’Onyar. The Forca Vella and the Medieval Quarter are the historic fortifications of Girona, while the imposing cathedral has a Romanesque tower, a Gothic nave and a Baroque facade and steps. During the summer season, flights to Girona from the UK land at Girona–Costa Brava Airport but if you plan to travel during the off-season, the nearest airport to Girona is Barcelona’s El Prat.

The best months to find cheap flights to Girona are when the budget airlines operate direct flights from the UK, generally speaking from the beginning of April until the end of October. In February, Girona celebrates Mardi Gras with masked balls and costumed characters in the streets. On St George’s Day on 23 April, you’ll notice a plethora of book and flower stalls springing up on every corner as it’s customary for loved ones to exchange gifts on that date – tradition holds that women receive red roses and men receive books. If you’re searching for cheap tickets to Girona during peak season, try booking in advance and keeping your dates flexible.

How do I get to Girona?

Two low-cost carriers offer direct flights to Girona from a large number of UK airports during the summer season. Ryanair departs from Bristol, Edinburgh, Belfast, Birmingham, Bournemouth, East Midlands and Manchester, while Jet2 sets off from Birmingham, Leeds, Glasgow, Edinburgh, Manchester, Belfast, Newcastle, London Stansted and East Midlands. It couldn’t be easier to get there – the direct flight time is just over two hours from London Stansted.

Getting from Girona airport to the city centre

Getting from Girona–Costa Brava Airport to the city centre is very straightforward – it’s only about 10 miles from the Old Town centre. A taxi to the Old Town costs around €20 or you can hop on a Sagales Barcelona Bus and pay less than €5 for a one-way ticket to Girona bus station in the city centre. For those planning a tour of the Costa Brava region, a hire car is a great option and you’ll find plenty of well-known car rental companies at the airport.

Tantalise your taste buds in Girona

If you want to splurge on a special dining experience during your Girona getaway and you’re lucky enough to get a reservation, seize the opportunity to visit El Cellar de Can Roca. Renowned as one of the world’s best restaurants, this 3-starred Michelin restaurant is run by the three Roca brothers and the menu offers an ever-changing variety of creative dishes based on Catalan cuisine fused with contemporary influences from many different origins. Signature dishes include Iberian suckling pig and a deconstructed Palamos prawn. The restaurant also boasts a world-class wine cellar.

❓ How much does it cost to fly to Girona?

✔️ The price of roundtrip flights to Girona ranges from £80 to £167. Travelers looking to book a one-way ticket to Girona can find fantastic flights for as little as £60. Bargain-hunters take note: November is the best month to nab a cheap flight to Girona.

❓ How do I find the cheapest flight to Girona?

✔️ The price of flights to Girona can vary greatly, depending on a number of factors. Bagging a cheap flight to Girona is easier if you have some flexibility with your departure and arrival dates, while your selection of airports and airlines can also impact ticket prices. To find the best deals, try changing your search criteria to accommodate alternate dates and terminals. ebookers offers big discounts, a huge selection of airlines, and an easy-to-use booking platform, making it easy to find the perfect flight to Girona, no matter whether you’re traveling for business, looking for a quick getaway or planning a family vacation. So, window or aisle?

❓ What are the top airlines that fly to Girona?

✔️ If you’re looking to book a flight to Girona, you’ll discover a number of great airlines to choose from, including easyJet, British Airways, Iberia, Air Europa, Norwegian Air International Ltd, TAP Portugal, Jet2, Vueling Airlines. ebookers makes it easy to compare flights to see which airline best suits your needs, ensuring that you can stretch your dollar further and get the most out of your time in the sky.

❓ Can I cancel my flight to Girona with ebookers?

✔️ We get it: life happens, plans change, and you need to change with them. If you need to change or cancel your flight to Girona, you can reach out to ebookers through the customer service portal, where you’ll also find useful trip-related help covering everything from flights and rental cars to activities and hotels.

❓ How do i search for a flexible flight to Girona?

Which Airlines Fly To Girona?

per person
12 Aug - 19 Aug
Return flight included
Bristol (BRS) to Barcelona (BCN)
Don't see what you're looking for?
See all available trips from Bristol to Girona
View all trips 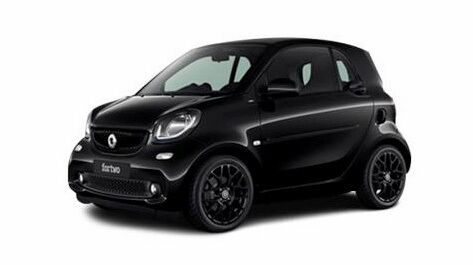 More to explore for Girona