All you want to know about flights to Toulouse

Craving a French holiday with a twist? Toulouse, a city just a stone’s throw from the Spanish border, provides visitors with the perfect blend of French sophistication and Latin charisma. Book your flights to Toulouse, pack your case and prepare to be dazzled – this is a city that truly earns its nickname of La Ville Rose (the Pink City), with an abundance of restaurants, shops and museums housed in its famous blushing rose-coloured buildings. Toulouse is far from bashful, however; this is the home of French rugby, after all, and the city is also famed for its variety of lively music festivals that celebrate a myriad of genres and delight tourists almost every month of the year.

When to book cheap flights to Toulouse?

Toulouse doesn’t get too hot in summer and stays pretty mild during the winter months, meaning it’s popular with tourists all year round. Spring and summer see the streets come alive with events; music lovers will revel in Toulouse d’été in July and August, a festival that celebrates everything from rock to jazz and classical music. The Toulouse Les Orgues festival in October might also hit the right note with lovers of classical music. If you’re looking for cheap tickets to Toulouse, you might find fares more affordable for December, and in this month you can wander through the enchanting Christmas markets without getting too chilly.

Where can I fly to Toulouse from?

Toulouse Blagnac Airport is buzzing with arrivals from a range of international carriers. You can fly direct from Bristol and London Gatwick with EasyJet, or from Heathrow with British Airways. Flybe caters for Welsh travellers with routes from Cardiff. Fellow low-cost operator Jet2 offers return flights to Toulouse from Manchester once a week, and both KLM and Air France have routes from Belfast, Birmingham and Newcastle, though a stopover is necessary before you touch down in the city.

Getting from Toulouse Blagnac Airport to Toulouse city centre

When your flight to Toulouse lands you won’t have far to go to get to the heart of the action. The airport is less than four miles from the centre of Toulouse, and there are two public buses available to whisk you downtown. Choose from the airport shuttle for €8, or the public bus (Tisseo) from under €2. If you’re laden down with luggage, hop into a taxi; it should cost you from between €20-€25 to get to the city centre.

Get footloose in Toulouse

Toulouse is the stronghold of French rugby, so if you’re lucky enough to be visiting during tournament season and want to impress the locals, get your red and black gear on and come out to support the home side at the Stadium Municipal. Those travelling in July are also in for a treat; as well as the myriad of music festivals on offer, Toulouse hosts an international tango festival every year at this time, so travellers can enjoy a slice of Argentinian flair as they stroll through the city’s picturesque streets .

❓ How much does it cost to fly to Toulouse?

✔️ The price of roundtrip flights to Toulouse ranges from to . Travellers looking to book a one-way ticket to Toulouse can find fantastic flights for as little as . Bargain-hunters take note: is the best month to nab a cheap flight to Toulouse.

❓ How do I find the cheapest flight to Toulouse?

✔️ The price of flights to Toulouse can vary greatly, depending on a number of factors. Bagging a cheap flight to Toulouse is easier if you have some flexibility with your departure and arrival dates, while your selection of airports and airlines can also impact ticket prices. To find the best deals, try changing your search criteria to accommodate alternate dates and terminals. ebookers offers big discounts, a huge selection of airlines, and an easy-to-use booking platform, making it easy to find the perfect flight to Toulouse, no matter whether you’re traveling for business, looking for a quick getaway or planning a family vacation. So, window or aisle?

❓ What are the top airlines that fly to Toulouse?

✔️ If you’re looking to book a flight to Toulouse, you’ll discover a number of great airlines to choose from, including . ebookers makes it easy to compare flights to see which airline best suits your needs, ensuring that you can stretch your dollar further and get the most out of your time in the sky.

❓ Can I cancel my flight to Toulouse with ebookers?

✔️ We get it: life happens, plans change, and you need to change with them. If you need to change or cancel your flight to Toulouse, you can reach out to ebookers through the customer service portal, where you’ll also find useful trip-related help covering everything from flights and rental cars to activities and hotels.

❓ How do I search for a flexible flight to Toulouse?

❓ Can I fly to Toulouse (TLS) for a holiday now?

✔️ If you're planning a holiday to Toulouse (TLS), our Covid-19 Travel Advisor has the latest info to help you plan your trip.

Which Airlines Fly To Toulouse?

per person
20 Sep - 26 Sep
Return direct flight included
London (LON) to Toulouse (TLS)
Don't see what you're looking for?
See all available trips from London to Toulouse
View all trips 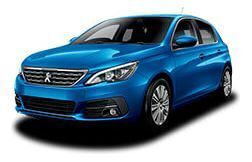 total
found 30 days ago
Compact Peugeot 308
Lowest prices found within the past day. Prices and availability subject to change. Additional terms may apply.

More to explore for Toulouse